Are you, like me, already dreaming of your upcoming summer vacation? But you haven’t yet decided where to go? No matter if you prefer trains or the theater, backpacking or living in the lap of luxury, cities or the countryside, this list should have an off-the-beaten-path recommendation for you. 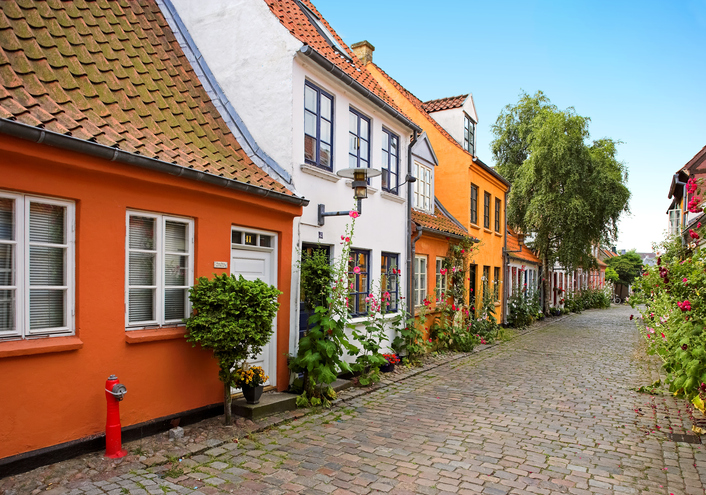 From Vikings to Venus: Europe for Culture Vultures

Two smallish cities in very different climes share this year’s title of European Capital of Culture: the university town of Aarhus, Denmark’s second-largest city, frequently (and unfairly) ignored by tourists in favor of Copenhagen, as well as Paphos in southwestern Cyprus, mythical birthplace of Aphrodite (aka Venus), the ancient goddess of love.

In honor of this occasion, both cities have scheduled a wide array of cultural events throughout the year, spanning several millennia of local history, from pre-historic archeology to contemporary art.

To be honest, my inner ten-year-old would like to pay a visit to Spøttrup Castle in northern Jutland, where the International World Championship in Medieval Martial Arts will be hosted in May, or to Moesgard Museum in Aarhus itself. The museum’s rooftop will be serving as the stage for several open-air performances of Røde Orm, a beloved Scandinavian children’s classic about the adventures of a Viking boy. 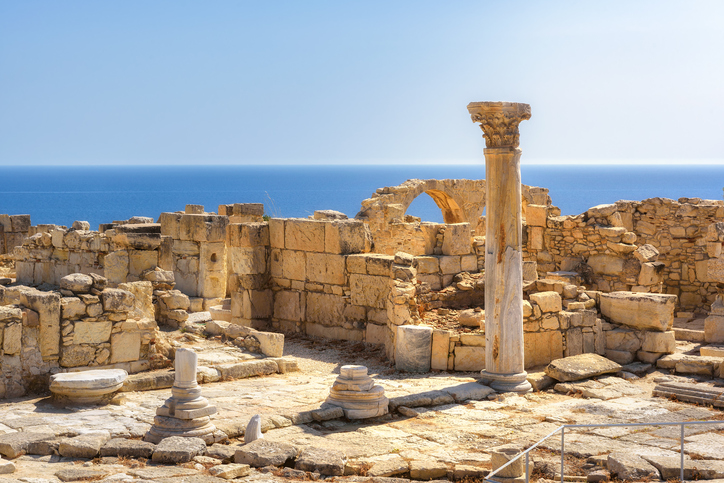 If you prefer the Mediterranean sun to the gray shores of the North and Baltic Seas, you should explore the archeological sites of Paphos instead.

The local cult of Aphrodite is mentioned by none other than Homer in The Odyssey, and the town’s rich heritage combines Hellenistic, Roman, and Ottoman influences. The ruins of its amphitheater are the perfect backdrop for the International Festival of Ancient Greek Drama in summer, where classical plays like Lysistrata or The Trojan Women acquire a modern edge.

Hiking and Horses: Along Hadrian’s Wall

Thirty years ago, the remnants of Hadrian’s Wall — the northern fortifications of the Roman Empire — were declared a UNESCO World Heritage Site. That anniversary offers the perfect opportunity to pack a pair of walking boots and a raincoat before you set forth to celebrate…

“Over the heather, the wet wind blows / I’ve lice in my tunic and a cold in my nose,” English poet W. H. Auden once wrote from a legionnaire’s point of view in ‘Roman Wall Blues’. 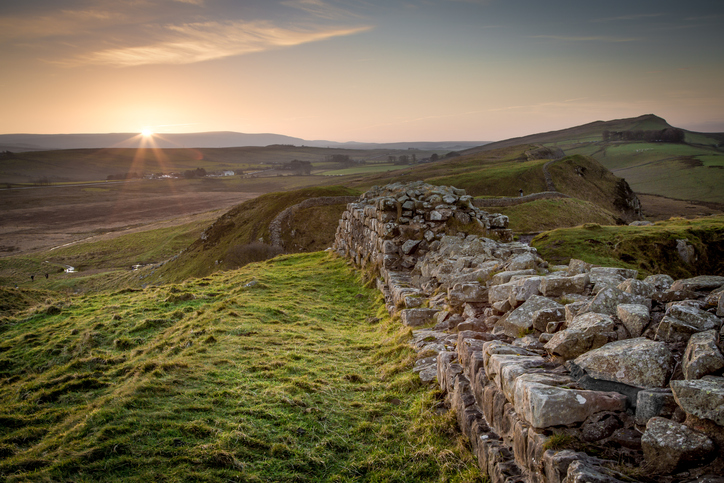 If you brave the unpredictable weather of Cumbria and Northumberland, you will be rewarded with a relatively easy trail for long-distance walking from coast to coast. Along the way, you’ll have plenty of chances to explore the frontier of Roman Britain.

Some of the heritage sites and museums have come up with special ways of commemorating what’s literally ancient history: if you make it to Carlisle in early July, you’ll be able to watch the live re-enactment of a Roman cavalry charge!

And once you’ve made it to Newcastle-upon-Tyne — and are probably fed up with ruins and footpaths alike — you can take advantage of the city’s buzzing nightlife. Newcastle being home to a student population of roughly 50,000 (as well as countless stag and hen parties), you have a sheer unlimited selection of pubs, bars, music venues, and nightclubs to choose from.

Instead of some Romano-Celtic cervisia, enjoy a pint of Newcastle Brown Ale!

Transcontinental Traffic: Across Australia by Train

Instead of traversing the English countryside, the leisurely traveler with ample time and a generous budget can celebrate a different anniversary by crossing an entire continent.

In 1917, the Trans-Australian Railway between Port Augusta, about 300 km from Adelaide, and the mining town of Kalgoorlie was finally finished. The tracks across the bleak desert of the Nullarbor Plain ended the isolation of Western Australia, helping to unite the newly established Commonwealth. 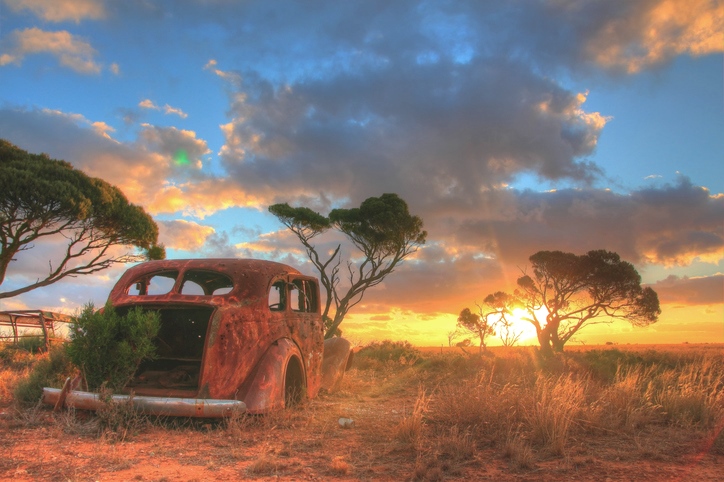 100 years later, in the era of inexpensive flights, traveling by train has become a bit of an indulgence. The Indian-Pacific passenger service from Sydney to Perth incorporates the old Trans-Australian line, but offers an upscale travel experience rather than freight transport.

If you can afford spending three nights and four days on a luxurious sleeper train (and the hefty fare to boot), you have the extraordinary opportunity to travel about 4,350 km in (more or less) one stretch.

Scheduled stops along the scenic route allow you to discover the art scene of Broken Hill, the wineries of Barossa Valley, the attractions of Adelaide, and the Australian outback. With gourmet meals and vintages served on board in the dining car, this journey must feel like the “Down Under” version of the legendary Orient Express.

Nestled in between Eastern Europe and Central Asia, the mountainous country of Georgia has been designated the up-and-coming tourist destination by lifestyle magazine Vogue. From the shores of the Black Sea to snowy peaks, from Orthodox monasteries to swanky casinos, and from bustling Tbilisi to remote villages: Georgia offers something for everyone.

The capital is a great starting point for visitors. Strolling through the labyrinthine streets of Old Tbilisi with their eclectic architecture is an enchanting experience. From the historical district, it’s not far — albeit a steep climb — to the crumbling ruins of Narikala Fortress, which provides splendid views of the Kura River.

After making your way downhill from the castle, don’t forget to drop in at one of the sulphur baths in the Abanotubani neighborhood or to taste some Georgian specialties. Khachapuri (cheese-filled bread) is a staple of the local cuisine, as are khinkali (soup dumplings). 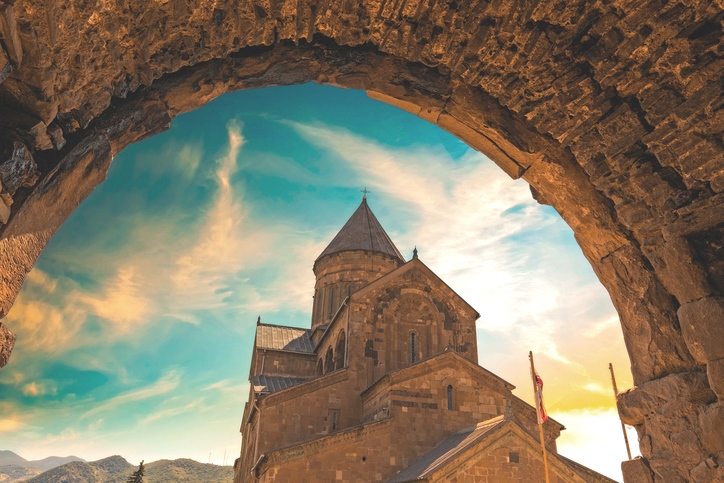 From Tbilisi, it’s just a day trip to Mtskheta, a center of the Georgian Orthodox Church and home to the most important monuments of the medieval Kingdom of Georgia, which once stretched from southern Ukraine to northern Iran at the height of its power.

Those preferring scenery to history can board the next flight to Mestia or Batumi. The former is the heart of Svaneti, a picturesque paradise for trekking and mountaineering; the latter is Georgia’s fanciest seaside resort, complete with yacht club and exclusive beach parties.

Every year, the non-profit organization Ethical Traveler publishes a list of destinations that do their best to protect the environment, promote human rights, and support the social welfare of their population. If you’d like to spend your vacation without a guilty conscience, you should be heading straight to Costa Rica!

The Central American country has been a trailblazer in the emerging field of ecotourism, and its varied landscapes and amazing biodiversity offer a wide range of potential destinations for those interested in flora and fauna. 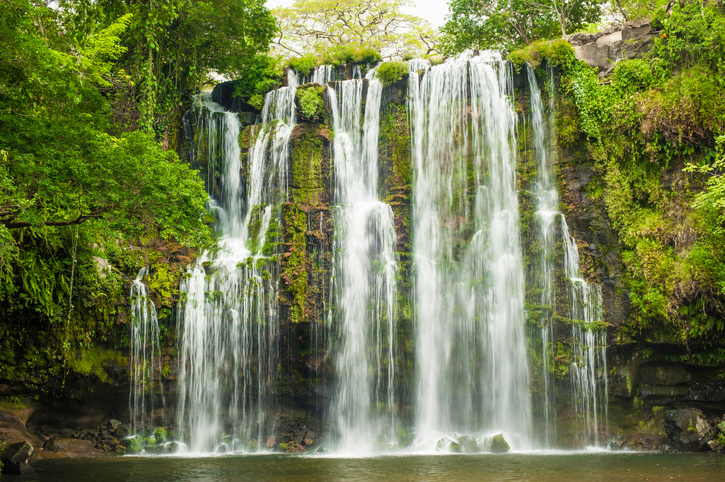 Even from the capital of San José, it’s just an hour to La Paz Waterfall Gardens, a privately owned nature reserve with easy walking trails — and the world’s largest butterfly observatory. The Costa Rican government has also declared about 25% of the country’s territory a protected area.

All in all, there are 26 national parks, so you can take your pick. For example, Tortugero in the remote northeast is famous for featuring one of the world’s largest nesting beaches, where marine turtles lay their eggs and hatch. The Arenal Volcano National Park in Central Costa Rica attracts hobby ornithologists: it’s a natural habitat for most native birds, including toucans, parrots, and hummingbirds.

My personal dream? To visit Costa Rica’s only sloth sanctuary in Limón Province! To paraphrase a quote by a popular German comedian: “A life without a baby sloth is certainly possible, but surely devoid of meaning.” 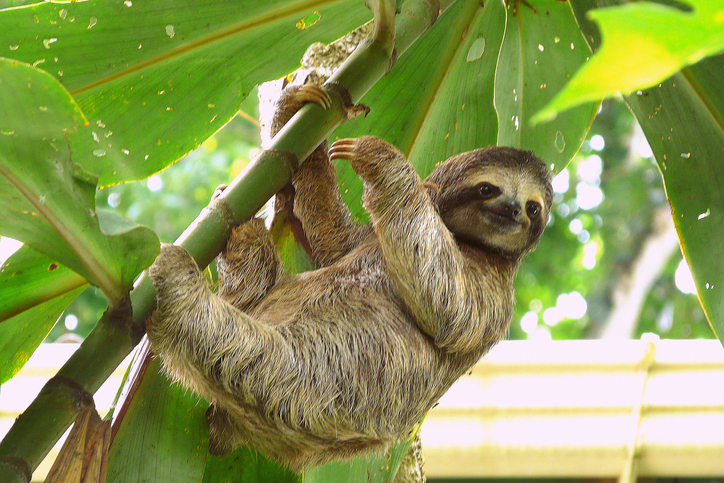