There are plenty of excellent reasons for deciding to live abroad — that amazing career opportunity, your sense of adventure — but none so exciting as moving abroad for love. In fact, up to one in seven expats cites romance as one of their motivations for making the big move: just look at the Expat Insider survey results from the past three years! 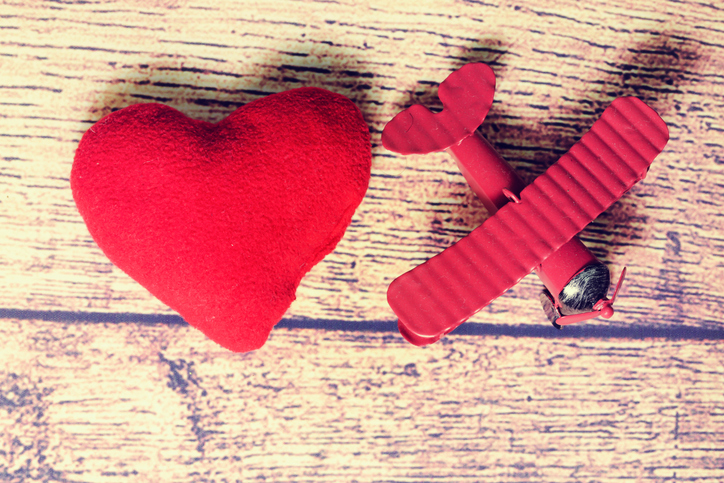 In addition to the countless survey respondents who let us know about their wish to live in their partner’s home country, more than just a few of my colleagues know the same feeling only too well. It was love that brought them to Munich, too.

So I’ve talked to several members of the InterNations Team about how their very own international rom com played out. Life might not be a Hollywood movie, but it does write the best scripts.

Sometimes, you have to travel thousands of kilometers to meet the right person: Evgenia, one of our International Relations Managers, set out from St Petersburg to attend a conference in London and drop in on a friend in Oxford — who introduced her to a German student, Michael.

True to the tropes of many a romantic comedy, there was even a fancy dress party involved. (Fortunately, no awkward screen moment when the heroine realizes that she’s mixed up the dates of her business networking meet-up and her friend’s costume party…) 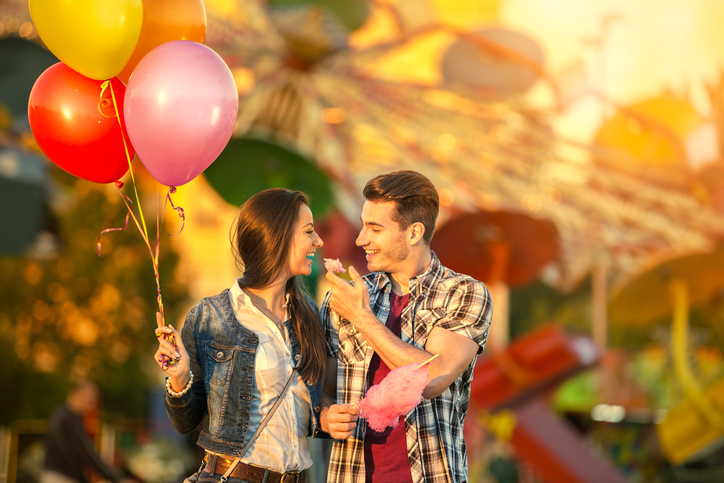 Lisa from our Groups Team even embarked on a whirlwind summer romance on a vacation in Lebanon, about 12,000 kilometers from her native Australia: “lying on the beach, road tripping in the mountains, sleeping in treehouses in an eco-village outside Beirut, snacking on Zataar manoushe [Lebanese pizza],” and even smuggling her new boyfriend out of a “no male visitors allowed” apartment at 04:00 in the morning — that’s how she remembers the start of their relationship.

However, as many expats who’ve been part of an international couple know, romance often gives way to reality all too soon.

Evgenia and Michael were trying to establish a long-distance relationship via Skype and occasional meetings in Munich and St Petersburg, as well as Barcelona, Helsinki, Sardinia, Vienna, and probably a few other places across Europe.

In a movie, this time would be neatly summed up in a quick montage of a happy couple walking arm in arm through various cities, violins swelling in the background. In real life, it’s not only romantic, but also exhausting.

Running through the Airport

We all remember that scene from the pictures, don’t we? The protagonist realizes their True Feelings in a flash of inspiration, ditches both job and friends on the spot, hops into a taxi and rushes to the departure gate in pursuit of their One True Love. They are never late; the flight is never overbooked, and they can always afford a last-minute ticket to start a new life with the Man or Woman of Their Dreams.

The actual decision to move to your partner’s home country usually involves a great deal of pragmatic planning. By now, Lisa had moved to the UK, but her visa was running out, while Evgenia had considered getting a graduate degree in Germany before.

“My relationship with Michael motivated me to apply for a master’s program in Munich,” she says. “Once my application was accepted, it all became very real.” 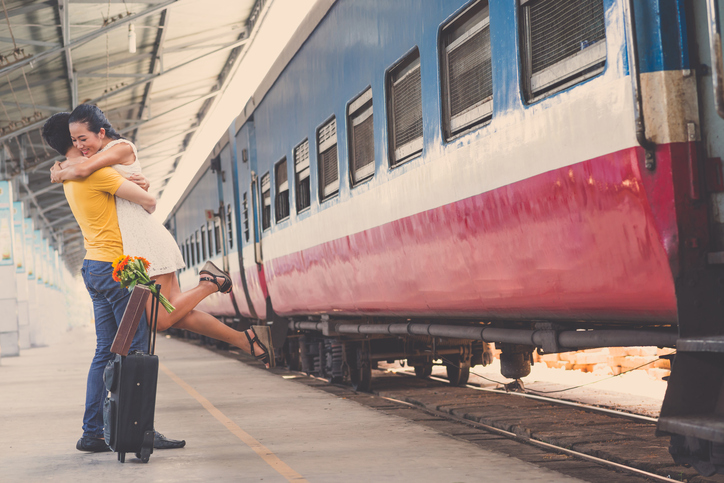 After all, there are so many things to work out if you start from scratch in a different country. Will it be difficult to settle in? Will your relationship survive living together after the initial honeymoon phase? How will your family react? Fortunately, my colleagues all had understanding and encouraging relatives.

“I remember announcing my plan to move to Munich and live in my German boyfriend’s tiny apartment over dinner,” our Social Media Manager Erin remembers. “My family was surprisingly supportive. I did leave a stable job, but I didn’t have any long-term commitments, like a mortgage, holding me back. I just went for it.”

Fish out of Water

Moving to your partner’s home country has one very practical advantage: you have your own tour guide, interpreter, and intercultural consultant at your disposal. Other expats often have to fend for themselves in order to deal with local bureaucracy, overcome the language barrier, and generally figure out how to fit in. The lucky romantic, however, needn’t worry too much about those pesky details.

Erin, for instance, arrived in Munich knowing (in her own words) almost nothing about the city and even less about the language: “I’ve now been here for over three years and still can’t understand all the announcements on public transportation. Is the train just five minutes late or have aliens landed at the central station? Don’t ask me!” 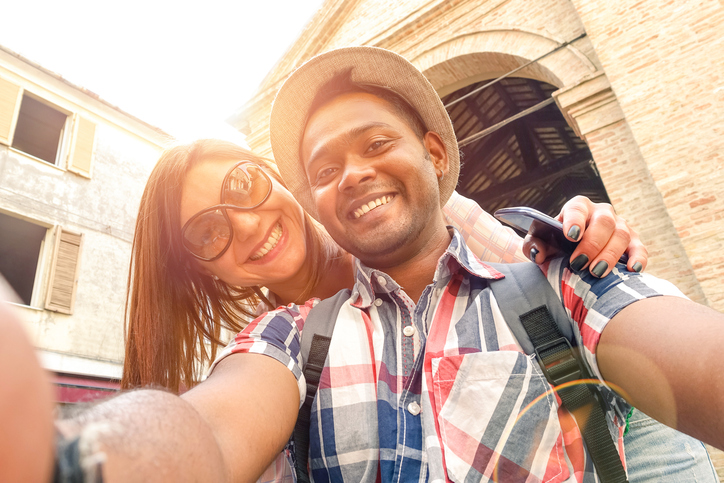 Luckily, having a native speaker to sort out the logistics —such as the dreaded Kreisverwaltungsreferat, where every new arrival to Munich needs to get an official registration certificate — and to explain cultural rules — such as “don’t walk in the bike lane” — comes in very handy.

However, these unwritten cultural rules can also make for unexpected pitfalls in your relationship, in addition to the run-of-the-mill disagreements about whose turn it is this week to take out the trash.

As Lisa puts it: “It took me a while to understand the difference between being rude and German directness. I think we both compromise a little now. Tom has learned to compliment my new haircut regardless of his actual opinion; I have learned that blunt text messages without emoticons aren’t inherently angry.”

All three of my colleagues have found their happy ending, in different ways. Evgenia has been living in Germany for five years now and recently got married to Michael. “For now, I feel like Munich is my home,” she says.

Lisa isn’t quite that sure: “I don’t think I can be apart from Australia forever, but I’ve definitely become more German,” she adds with a laugh.

“I have recently found myself clearing my schedule to watch Tatort [Germany’s most popular police procedural], cursing my neighbors for vacuuming on a Sunday, and separating the plastic windows on envelopes from the paper so as not to contaminate my recycling!”

Though Erin’s relationship with her German boyfriend has ended, she has no plans of going back home. “I fell in love with Germany instead. After my break-up, I got very close to leaving, but I couldn’t quite imagine it. While I’ll always love North Carolina, life back there will never be the same. Living abroad has completely changed my perspective — it gives you a level of self-confidence that’s hard to replicate.” 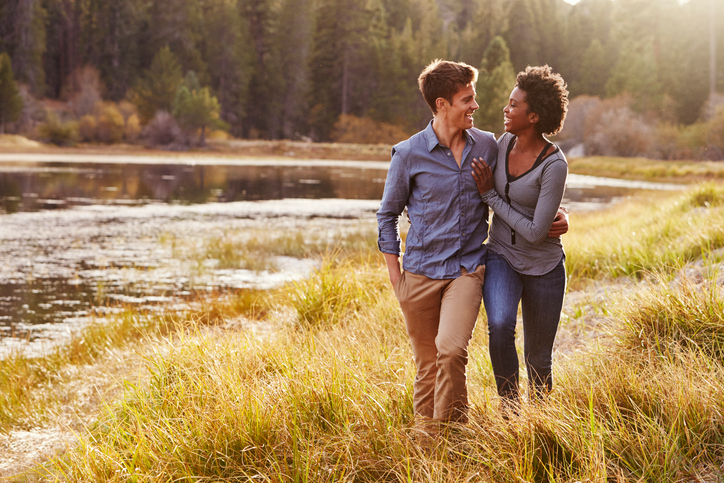 Indeed, there is one thing that all of them agree on and that they’d pass on as advice to others who are planning to move abroad for love:

“Make sure you are also doing it for yourself,” Erin recommends. “I had always wanted to live somewhere in Europe, ever since an amazing summer abroad in Spain. Sometimes, love alone isn’t enough, and this can breed a lot of disappointment and resentment.”

Evgenia also emphasizes that it’s important to have another reason for moving and a back-up plan in case the relationship goes awry. “Thinking about your decision as moving for your partner’s sake puts too much pressure on your relationship,” Lisa says. “Just have fun, and enjoy the experience!”

Have you ever moved abroad for love? What kind of advice would you give to other people in that situation?