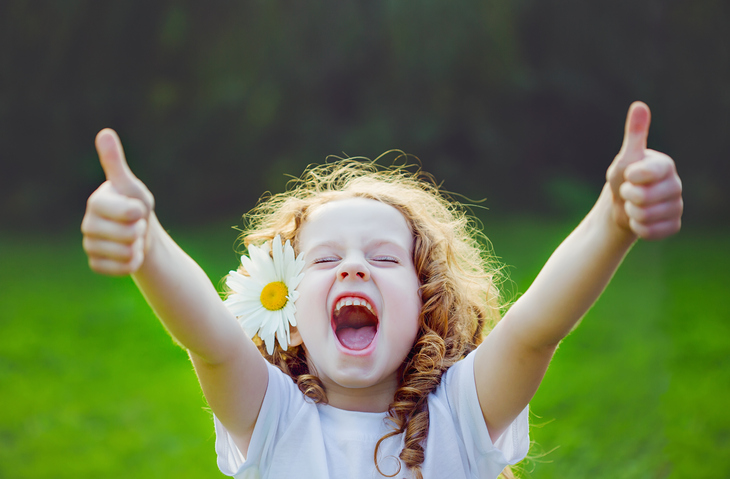 The poll ended with such a close result that we eventually decided on a winner and a runner-up. Congratulations to Holly from the beautiful Sunshine Coast and to David from Spain! Holly received a EUR 100 voucher from Four Seasons for her next trip.

We asked Holly if she could expand on her great tip. Here’s what Holly would like to tell everyone setting out on the adventure that’s living abroad, and what she has to say about herself and her own expat life:

“Smile. You might not be able to speak the language yet, but your positive body language will set you up for success.”

My name is Holly, and I’m from the land Down Under, where women glow and men plunder! And by “glow”, I actually mean “sweat my behind off”…

In fact, I come from a place called the Sunshine Coast, which does live up to its name. Beautiful beaches, where you can swim all year round (and burn as red as a lobster if you don’t lather up). 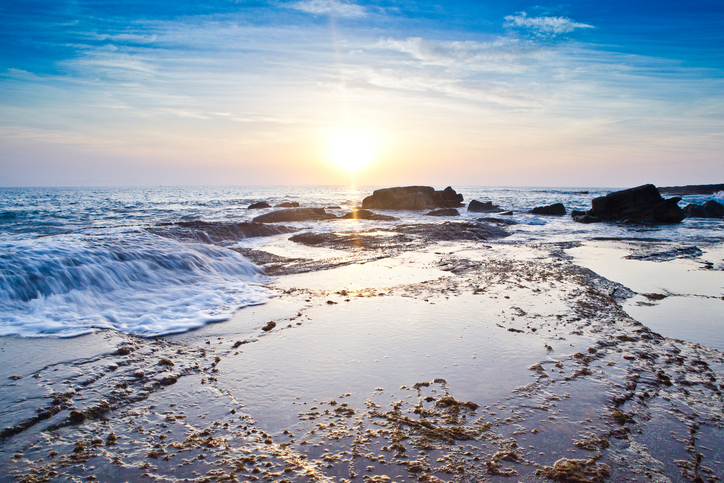 Then, we moved to Frammersbach, a small town in northern Bavaria, where it’s cold for six or seven months out of twelve and rains rather a lot. I think the question that Germans ask me most frequently is: “Why on earth did you leave?”

My husband is German, and Frammersbach is his hometown. If you are going to uproot your whole life, you might as well move to be near family.

We had a child in Australia in 2012, and as she grew older, I noticed that my husband rarely spoke German to her. Living in Australia, where English is spoken everywhere, it became natural for him to speak English (that’s not a problem I share regarding German…) and rather difficult to swap back to German just for our daughter. 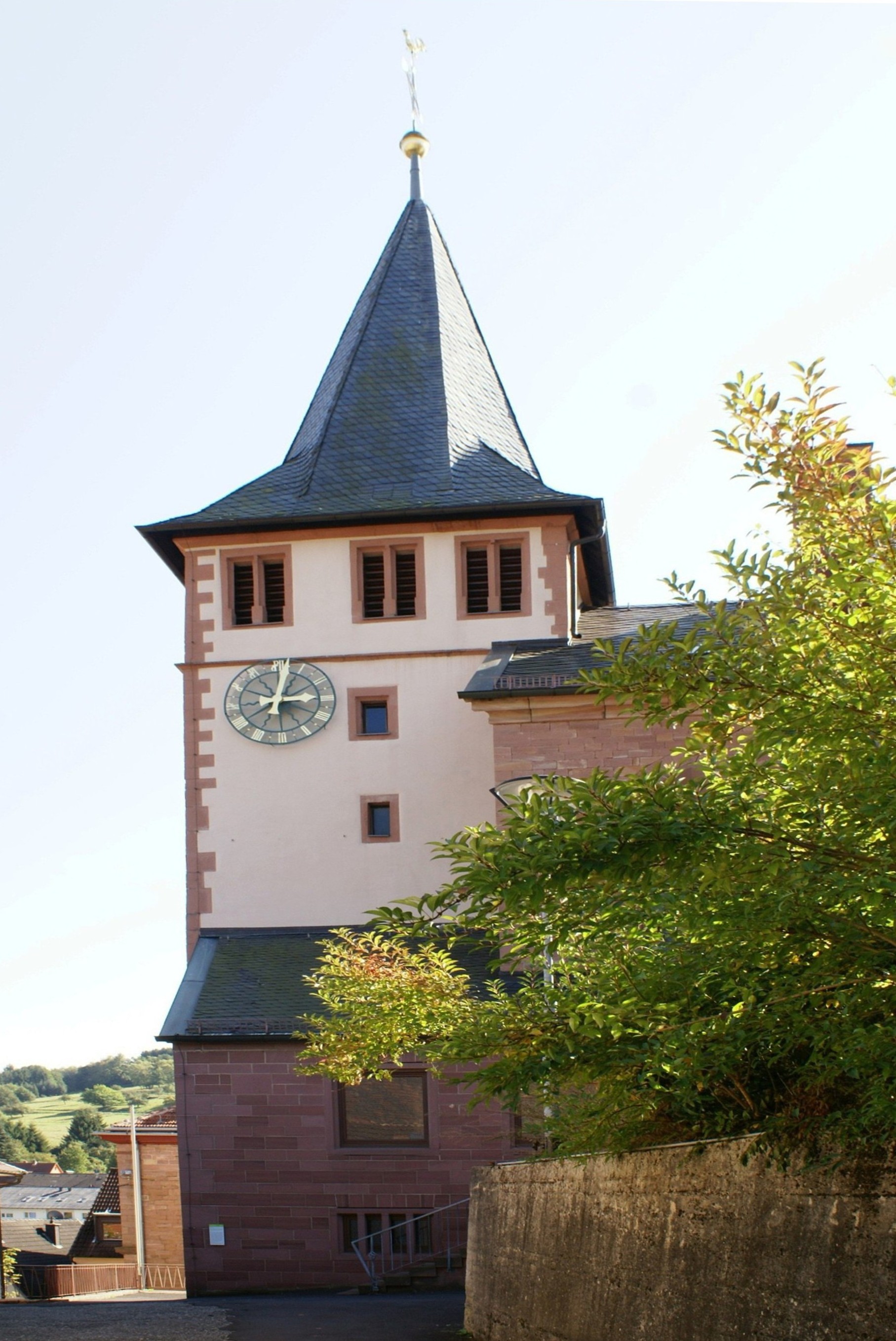 I have always thought that it’s such a shame if children from an intercultural relationship essentially lose one side of their heritage, which I strongly believe would have happened if we’d stayed in Australia.

Germany would just have been somewhere to go on holiday, and her father would have played the role of interpreter for conversations between her and other family members. So, when the opportunity arose, we decided it was now or never and made the move to Germany.

We originally wanted to stay for two years, but due to a work contract we are now staying for three years. We will be moving back to Australia in May 2017.

I used to live abroad before, though: when I was 21, I lived in a small Japanese village for two years and worked there as an English teacher. A totally different experience from my time in Germany!

Both times when I went overseas, I’ve had minimal knowledge of the local language before I moved there. I learned Japanese in High School, but forgot most of it, and I think I knew about three words in German. Once we got past “Hallo”, I was stuck.

Since I’ve spent four years of my life not really understanding everything going on around me, I’ve learned to watch and react to body language. Both of my expat experiences have also taken me to small towns, so I’ve never had the advantage of a big city, where lots of people usually understand and speak English.

Sometimes people are nervous around me because of the language barrier, so I always try to lighten the mood and show my appreciation and willingness to communicate … as comical as it might be.

Although I’m not too bad at German now, I do believe I have perfected the skill of mime. Charlie Chaplin has nothing on me. And you would want to have me on your team in a game of charades! 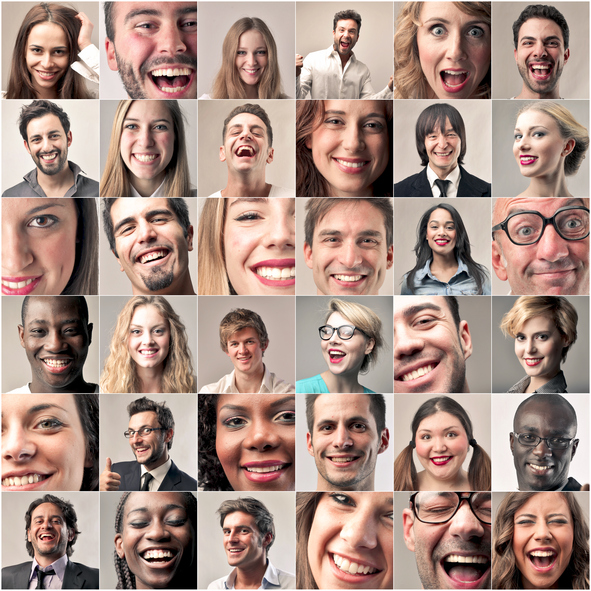 In my first year here, I had to attend an integration course and learn basic German. I was the only one in the class who spoke English as a first language and lots of the other participants could not speak English at all.

Smiling and using positive body language really was the only way we could communicate. It’s a strange situation: you all bond over being foreigners, but yet you are foreign to each other.

Honestly, I think I could have chosen to either really resent my situation, full of all the frustration learning and living in another language brings, or just embrace it. Despite the numbers of times I’ve looked like an idiot when I didn’t properly understand something or said the wrong word, I decided to embrace it.

Even our mailman, “Mr. Happy” (aptly nicknamed thus because he seems to be unable to crack a smile) now greets me warmly. It was definitely not like that at the beginning, but I persevered and threw a few extra big, long-lasting smiles his way — oh my god, I just realized what else he might have thought…!

Life just seems better when you smile, even though it can be challenging and sometimes you just don’t feel like it.

Hell to the yes! 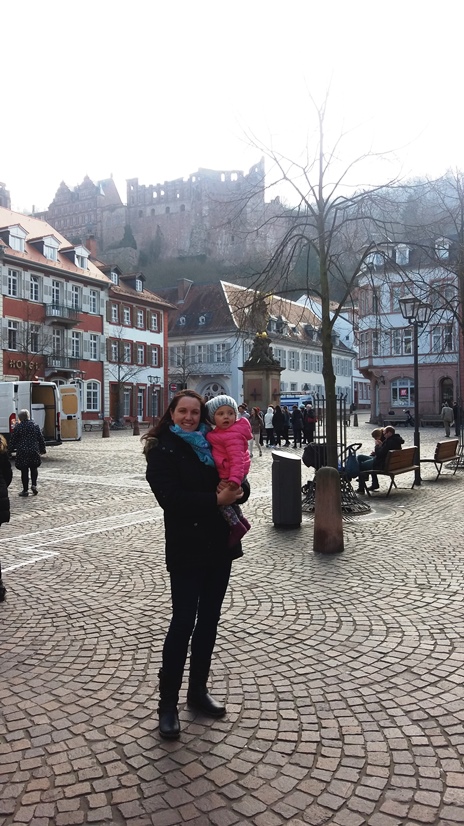 Apparently, I thought it was a great idea to have another baby once we arrived, and I got pregnant straight away.

So I was raising a two-year-old who thought tantrums were supposed to happen every ten minutes; I was pregnant and tired, in school four hours a day, often alone with the tiny tantrum thrower, in a cold country which to this day I don’t like; I couldn’t understand anything and felt like I had absolutely no control over the simplest things in everyday life. To say it was a bit of a crap time would be an understatement!

But I knew that if I didn’t present myself as approachable and friendly most of the time, I would never make friends and move to the next stage. And when you struggle with the language, a smile is the best way to communicate that attitude. There is always a better next stage, though, if you can keep your head above water and get through the tough part of learning the language and culture.

Reluctantly, I must say that the best advice I ever got was from my husband. (Oh, that just hurt to type!)

I really struggled with the language for quite a while, and he told me not to worry about grammar: I should just focus on the vocabulary and then I’d start to understand.

He also said that the best way to learn a new language is full immersion. Which I totally agree with, but given my situation with two kids under the age of four, full consciousness was not possible on some days, let alone full immersion in another culture! 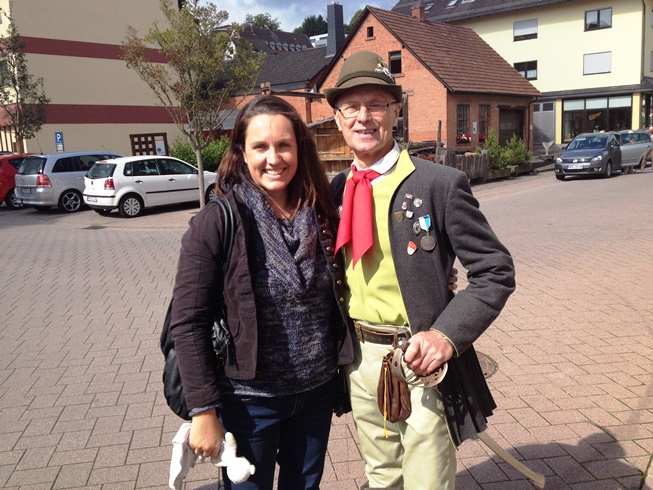 Wearing thongs (flip flops) during a German winter is totally appropriate footwear. Just kidding! No, seriously, I’ve got nothing. Maybe that was an advantage of not understanding a lot of my classmates.

I think we all have to run our own race and not look to others to judge how slowly or quickly we are adapting to our new life abroad.

When I was 21, single, and childless, I could do whatever I wanted in Japan and immerse myself in the culture as much as I wanted. Germany is a totally different story. Raising two young children really doesn’t leave much you time, and when it does, I’m all about sleep, wine, or Netflix, or a combination thereof, and that’s okay, too. Prost!