When you start exploring Dubai, it’s best to dive straight into the incredible opulence that represents this hybrid city of tradition and futurism. Emily Englert, Head of Community Management at InterNations, has just returned from a trip to the UAE, full of fresh impressions from the desert’s most dazzling city.

Burj Khalifa: On Top of the World in Dubai 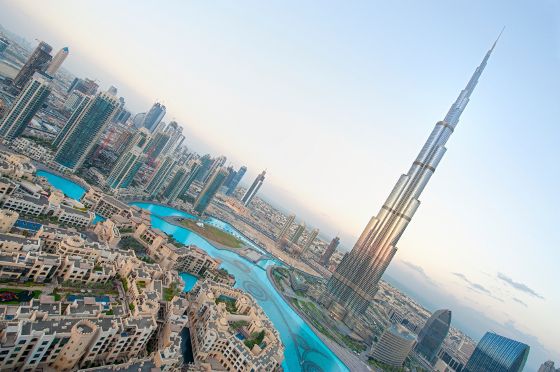 I was quick to discover the most striking among Dubai’s many landmarks by heading to the Burj Khalifa, which just happens to be the tallest building in the world and iconic to the city. From the observatory (which is also the highest in the world), you’ll have an incredible 360° view, which will make you feel as though you were standing on top of the world, as you literally tower over skyscrapers, sea, and desert.

I was able to take my time wandering round, taking in the view, as you are free to stay as long as you like in this slightly surreal spot 555 meters from the ground. If you, too, would like to give the Burj Khalifa a try, you definitely should not be afraid of heights.

From the top of the Burj Khalifa tower, it is easy to spot the Dubai Mall, which is, by surface area, the world’s largest shopping mall — they really don’t do things by halves around here! The mall is situated in downtown Dubai, a convenient ten-minute drive from where I was staying at the Steigenberger Hotel.

This retail heaven boasts more than 1,200 shops, an ice rink, and even the Dubai Aquarium, wedged in between shops. The mall feels more like a mini-city, boasting avenues of designer shops with trees and alleyways. An unexpected find in the shopping center was that the mall had its own Arab souk, with myriads of high-quality jewellery stores and watchmakers.

The aquarium was the real showstopper for me, though. Sharks, sting rays, and other creatures of the deep darted around me in the 270° walk-through tunnel.

Wonders of Water: The Dubai Fountain 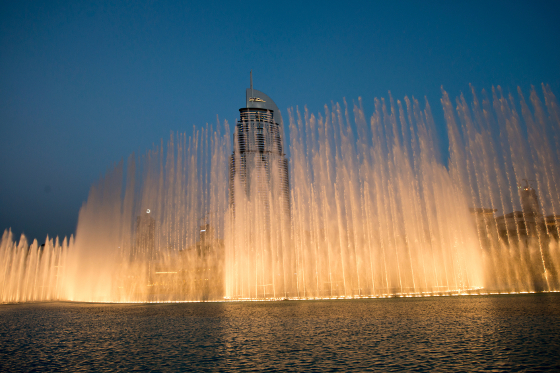 After admiring the lavish (and costly) displays at the Dubai Mall, I headed to the Dubai Fountain for some stunning and completely free entertainment. Costing 218 million USD to build, the Dubai Fountain aims to impress, and the spectacle was certainly addictive to watch. This is the world’s largest choreographed musical fountain — no surprise there!

I was completely blown away by the fountain. To give you an idea of what it looks like: set in a vast, 30-acre lake right at the center of Downtown Dubai, the fountain has more than 6,600 lights, and can spray 22,000 gallons of water all at once. The water jets ‘danced’ along to everything and anything from Arab music to Michael Jackson’s “Thriller”: in short, Dubai really knows how to put on a show. 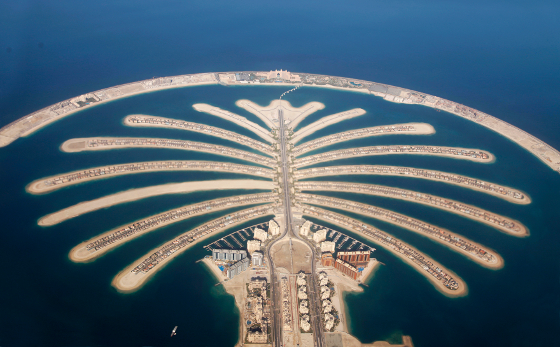 The only completed part of Dubai’s Palm Islands, the Palm Jumeirah extends five kilometers into the Persian Gulf, and it’s the largest man-made island in the world. Perhaps Dubai has a size complex?

Most of the island seemed to be home to privately owned villas. However, I rode the impressive monorail straight down the ‘trunk’ of the palm, and then wandered past endless restaurants, marinas, and hotels. Of course I took a peek at The Atlantis, not a sunken city, but Dubai’s ultimate luxury resort, which has its own waterpark and beach.

The Palm Jumeirah fans out into the Persian Gulf from the Dubai Marina, which, unsurprisingly, is also the largest man-made marina in the world. I strolled along the spotlessly clean Marina Promenade with the canal winding its way through the area, and enjoyed a wide and beautiful view of the 3.5 kilometer stretch of water. The Dubai Marina walk is something everyone visiting Dubai should take, especially at night when the glowing superyachts glimmer upon the water, the city lights twinkle in the sky, and the atmosphere feels almost magical.

A Day in the Desert: A Night of Sand and Stars 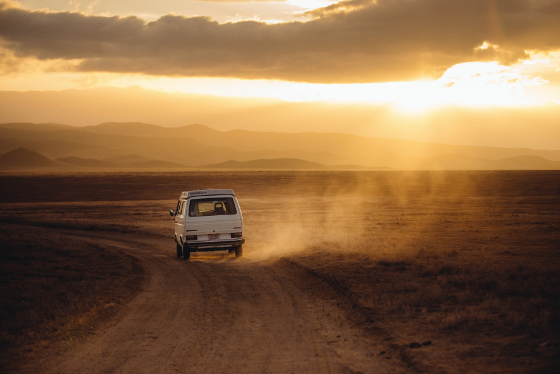 However, the favorite part of the trip has to be a desert safari tour I took with my husband. Actually, it’s one of the most amazing experiences I have ever had on vacation. About an hour outside of Dubai’s glitzy, glamorous urban life, we found ourselves speeding through the sand dunes, as a 4×4 car threw us around, whirling over bumps and twisting on its side like a rollercoaster — I would recommend not eating before it!

The drive was great fun, but I was glad to settle down and watch a beautiful sunset in the desert before reaching one of the many camps in the area. Our guide told us that about 12,000 people go on a trip into the desert every day.

At the camp, we went for a camel ride before enjoying a traditional evening featuring Arabian coffee and dates. Before dinner, we wandered around some stalls, stopping to smoke shisha, receive a henna tattoo, and simply relax in our oasis of calm. Dinner was, of course, fantastic, with typical traditional food, spread out over three courses, and then we (but particularly my husband!) enjoyed being treated to the final delight of the night — belly dancing.