Just like every month, we’d like to focus on a specific theme that’s of great importance to the InterNations Volunteer Program. The month of October puts World Food Day into the spotlight.

This day was originally celebrated in 1945 to commemorate the founding of FAO, the Food and Agriculture Organization of the United Nations. Their original purpose was to eliminate hunger and malnutrition for all of humankind. While the world population has taken major steps toward this goal, hunger and famine still exist, even in wealthy countries.

The InterNations Volunteer Groups are doing their part to tackle this issue. We would therefore like to highlight how our groups in New York, Rome, and Brussels have helped to make a dent in the ongoing battle against hunger.

New York — Serving Food and Dignity at the Father’s Heart

In a twist on the classic soup kitchen, Jill David, Consul of the New York Volunteer Group, has encouraged several of the volunteers to spend part of their Saturday morning working as cooks and servers at this “sit-down style” of a soup kitchen. 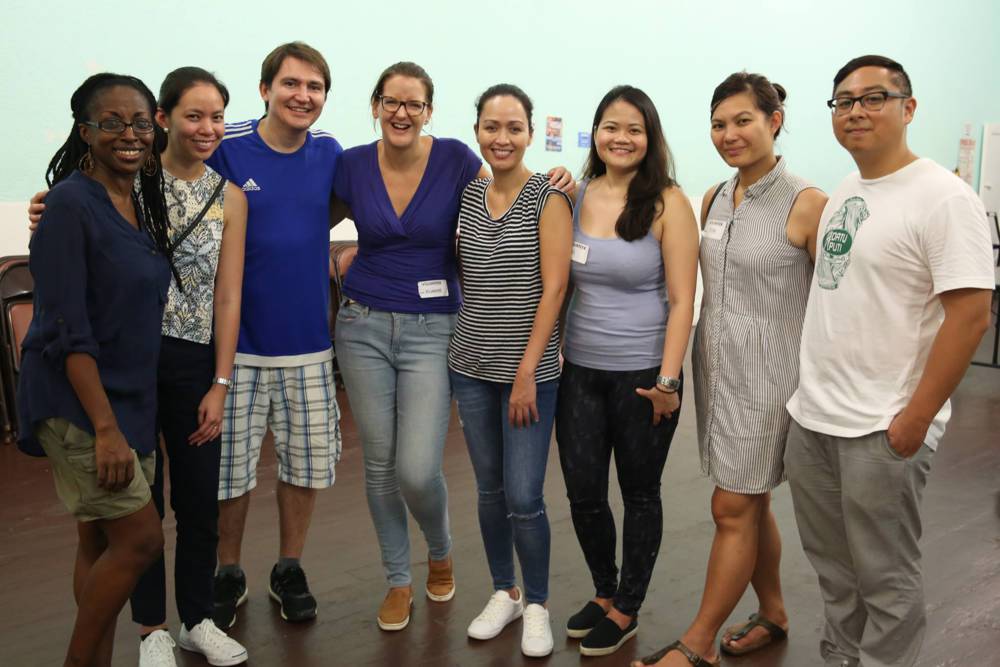 Instead of needing to stand in line for their food, people in need can just sit down and take the time to enjoy an all-you-can-eat meal at the Father’s Heart. Here, volunteers serve guests at their seats to restore a sense of dignity to the 700 indigent people who come to be fed each week.

When you hear the word “Rome”, what do you think of? The Colosseum, the Sistine Chapel, or the Trevi Fountain may come to mind. However, the Rome Volunteer Group sees the city in a different light from the carefree visitor on their summer vacation. 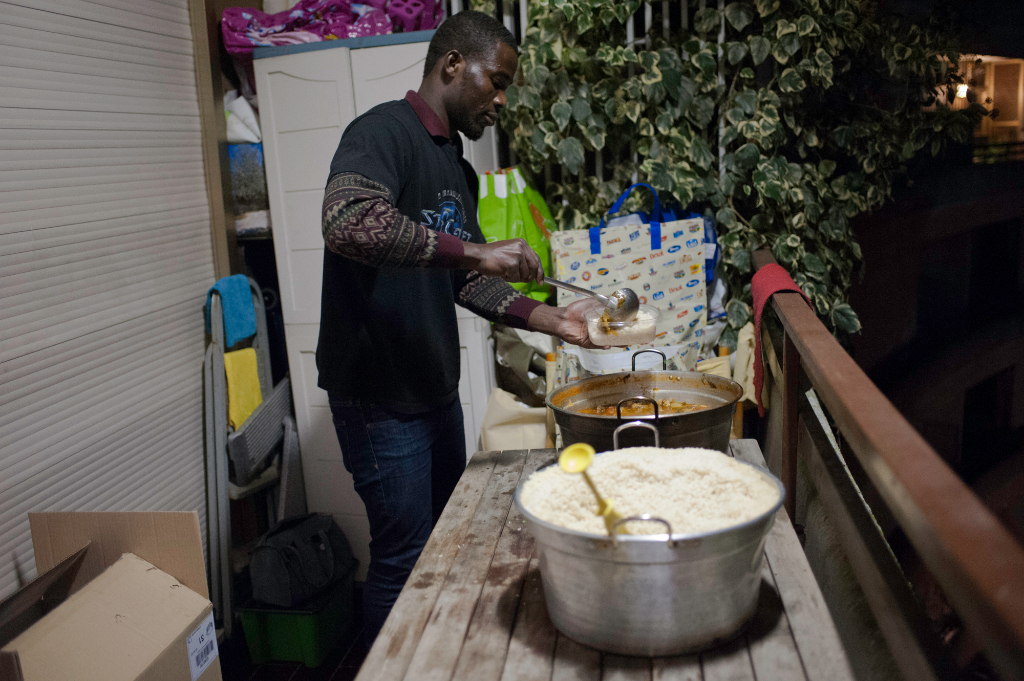 The group regularly comes together for an event called “Tiburtina Tuesday“: Volunteers team up with the Project Rome Team to serve over 100 of the city’s less fortunate inhabitants. This activity not only gives Rome’s homeless people a chance for friendly human contact or a shave, but it’s also a place where they can come to get a much-needed supply of food. The Volunteer Group routinely helps out at the soft drink bar, handing bottles of soda, water, and other beverages.

If you are ever in Rome on a Tuesday night, feel free to join InterNations and Project Rome as they can show you another side of the Italian capital.

Brussels — Treating the Elderly to Free Dinners and Friendly Smiles

It’s not only homeless people who benefit from a hot meal and a friendly conversation. Several times a month, members of the Brussels Volunteer Group go to the Marolles district to aid in the care of the elderly living in this neighborhood. The Little Sisters of the Poor, an order of nuns who have taken a spiritual vow of hospitality, offer food and drinks to over 100 elderly people; moreover, they invite their guests to take part in various crafts and some basic occupational therapy. 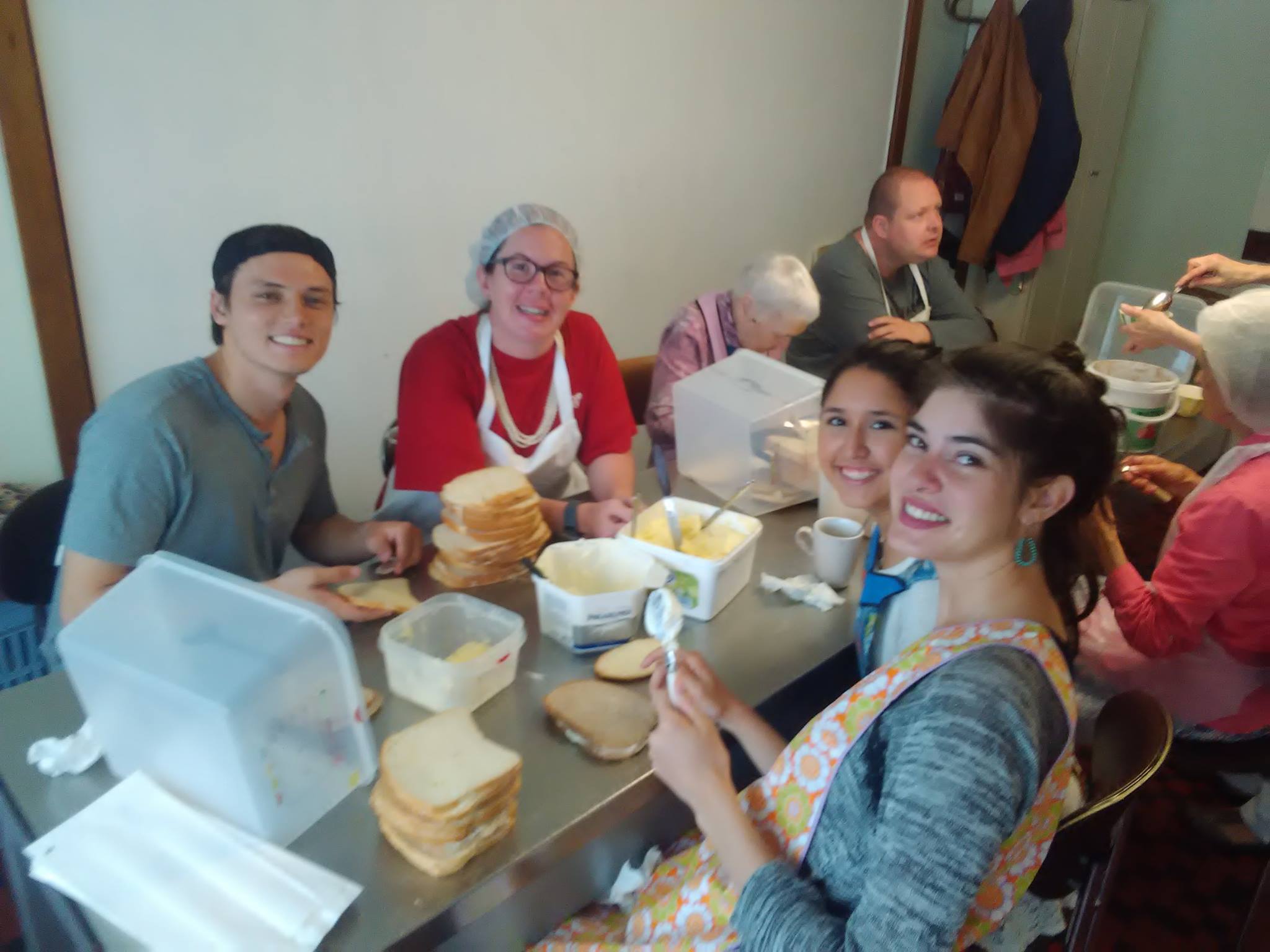 At these activities, Consul Ana and the Brussel Volunteer Group play the roles of chef and server. The team of about seven members helps to cook hot meals and clean up afterwards, but they also find the time to share a conversation and a smile with many of the elderly who attend that night. After all, people do not live by bread alone.

In addition to the cities listed above, we would also like to thank the Volunteer Groups in Amsterdam, Kuala Lumpur, Manila, Mexico City, Montreal, Nairobi, and Vienna for all the activities they routinely organize to eradicate hunger from their communities. All these groups reach over 1,000 people worldwide, proving that together we can make a difference!

Find out more about the InterNations Volunteer Program on our About Page or write to support@internations.org.