When moving abroad, you definitely shouldn’t neglect the practical aspects amongst the general excitement — living expenses, housing, healthcare, and especially personal safety. In a 2014 study, over six in ten expats (62%) rated their safety as an “extremely important” factor of life abroad. No other aspect of everyday life in their destination was as essential. 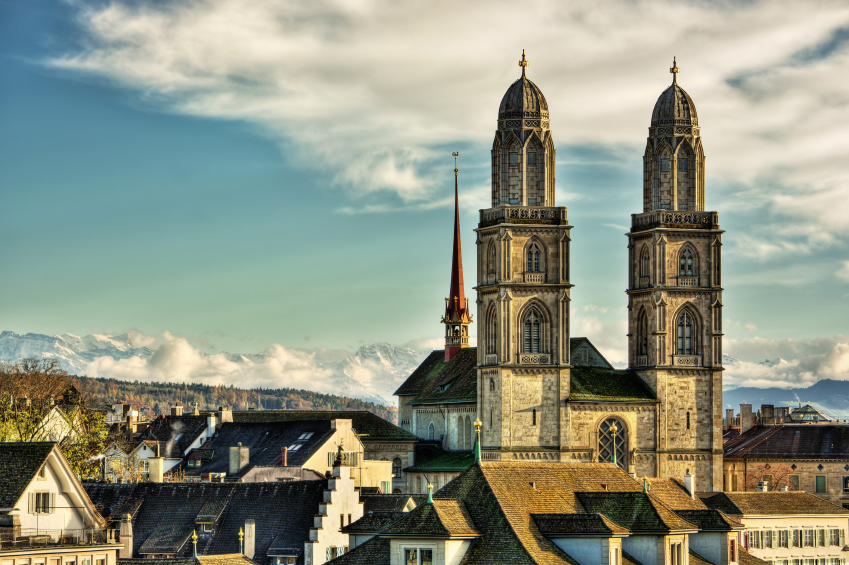 Thus, it’s hardly surprising that Mercer, the international HR consulting firm, has now published a Personal Safety ranking, in addition to their annual Quality of Living survey, for the first time. Just as unsurprising are the five global cities with the best quality of life worldwide. All of them have defended their exact rank for several years in a row: Vienna (1 out of 230), Zurich (2), Auckland (3), Munich (4), and Vancouver (5).

Are these most livable cities also the five safest expat destinations? Not quite. There’s indeed an overlap between the respective “winners”, but they are by no means identical.

All Snug and Safe — Luxembourg

Squeezed into a strategic location between Belgium, France, and Germany, the tiny country owes its very existence to its medieval origins as the strongest fortress in Europe. However, the last time the world’s safest expat destination saw any large-scale violence was over 70 years ago, during World War II. 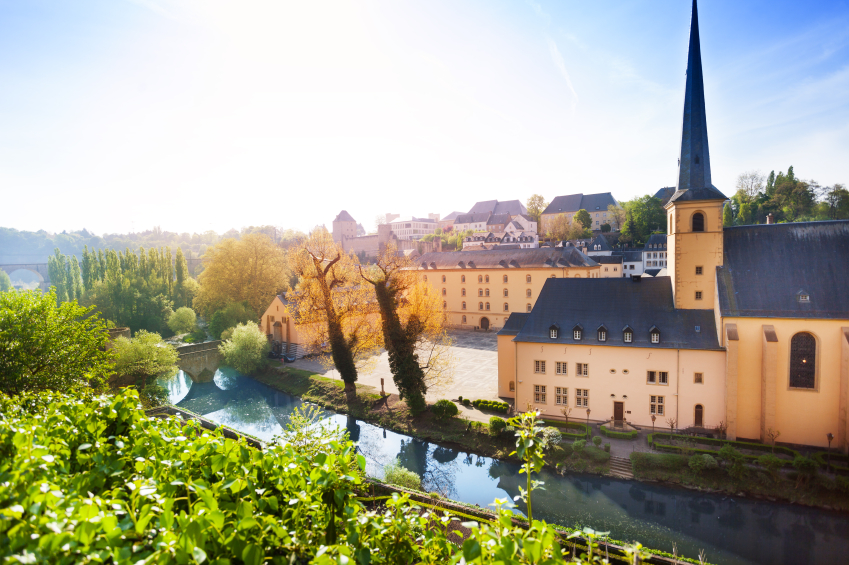 While military history buffs can find out all about the Ardennes Counteroffensive at the “Battle of the Bulge” museum in Diekirch, the world’s last Grand Duchy is now completely peaceful. Its constitutional sovereign, Grand Duke Henri, is the nominal commander-in-chief of around 800 troops, who sometimes serve in UN or NATO missions abroad.

But as far as crime is concerned, being a police officer in Luxembourg must be a less-than-stressful job: the biggest warnings issued by travel guides refer to panhandling in Luxembourg City and luggage theft on the train to and from Brussels. Let’s toast this with a Mirabelle plum schnapps!

A Swiss Tie on Second Place — Berne and Zurich

Switzerland seems to live up to its cultural stereotype of housing an extremely orderly and well-organized people. Both Berne, the capital city, and Zurich, its most populous metropolis, fulfill the criteria for the second-safest expat destination across the globe.

Less than 25 years ago, Zurich used to be infamous for its out-of-control drug scene, where a couple of thousand heroin and coke addicts would gather in Platzspitz Park and along the River Limmat. Doctors and paramedics would sometimes need to resuscitate 25 people per day. 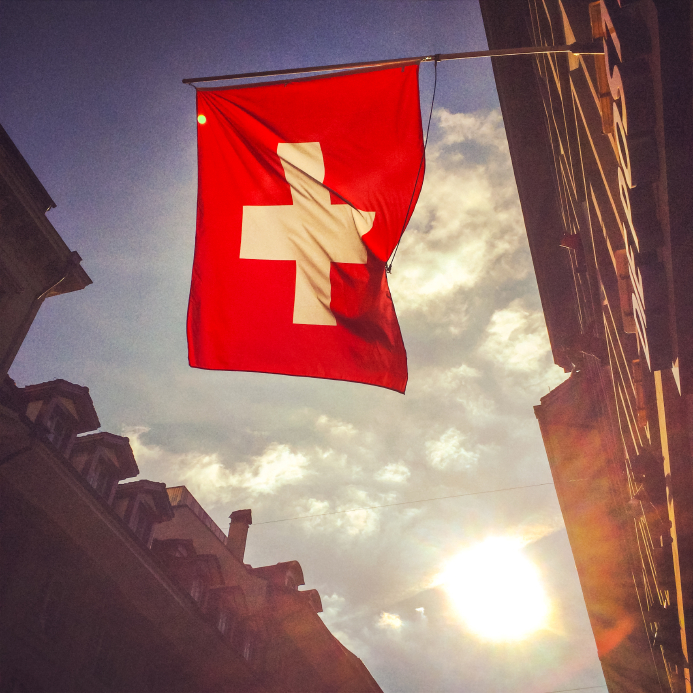 Fortunately, that’s a thing of the past: the restored Platzspitz has become a family-friendly park, and the river quays harbor swimming pools, beach volleyball courts, and café-restaurants.

Considering Zurich’s population size (405,000 residents in the city proper), as compared to picturesque Berne’s (140,000), the crime rate is about equally low in both cities. Statistics register the highest absolute numbers in property crime, such as vandalism, pickpocketing, or purse-snatching. In 2014, the Zurich police received nearly 4,000 reports concerning vehicle theft — but 98% of cases involved stolen bicycles.

Expats in Switzerland mostly run the risk of fainting on the spot when they realize just how much everything costs. If I had to pay 42 CHF (42 USD) for one plate of Zürcher Geschnetzeltes (veal strips in cream sauce), I’d probably choke on my grated potatoes!

Far from Grim up North — Helsinki

While the Finnish capital only shares rank 30 out of 230 with another Nordic city — that is, Oslo — when it comes to the overall quality of life, it ranks among the global top five for safety. The German Foreign Office doesn’t issue any specific travel warning for the entire country, and Helsinki isn’t much of an exception.

Finland’s largest city merely has a population of 630,000 and a comparatively low population density of 2,930 residents per km/2. (By the way, it’s over 4,500 per km/2 in Munich and a staggering 14,070 in London.) This factor might contribute to a more relaxed and less conflict-ridden way of life. 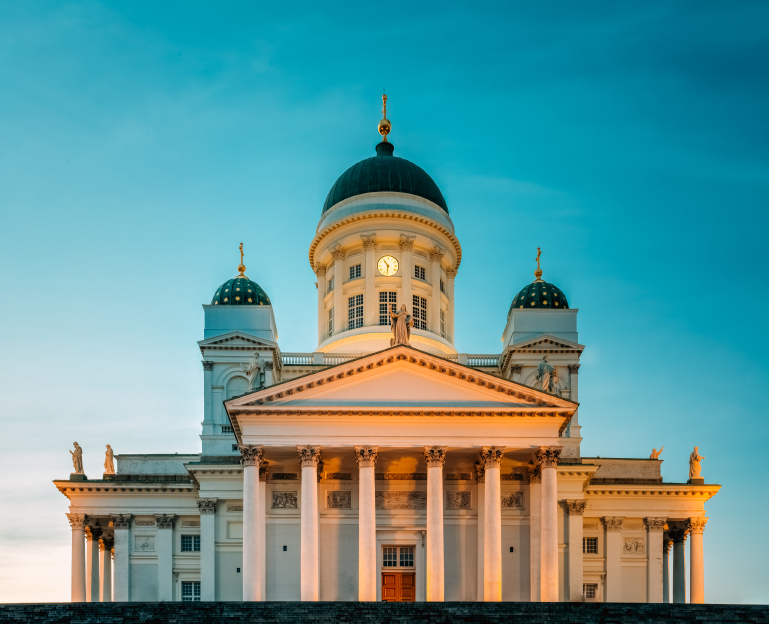 Of course, Helsinki is not a (pretty icy) paradise. Travelers and expats should take heed of aggressive beggars, petty theft, and drunken party-goers looking for a fight. I guess the latter simply cannot hold their vodka. Additionally, the changing of the seasons is an actual risk for those unused to the climate.

In summer, the famous “white nights” with their long daylight hours are lots of fun, but never forget that winter is coming. And it’s usually very long and very cold. Even if you don’t suffer from seasonal depression or vitamin D deficiency, you might join some other winter “casualties” if you’re not careful. Helsinki’s slippery sidewalks and rooftop avalanches cause several accidents every year.

As mentioned above, Vienna comes out on top of the Mercer Quality of Living ranking for the third year running. But it’s not just international managers and foreign assignees that enjoy the charms of the cozy capital: according to the most recent “Eurobarometer”, a 2015 study organized by the European Commission, 96% of local residents are satisfied or even very satisfied with their home town.

With regard to personal safety, the city is not far behind, on a very respectable fifth place. Again, this doesn’t mean that life is all beer and skittles (or Gewürztraminer wine and Sacher cake): as a solo female traveler, I preferred to avoid the public parks after dark, even parts of the celebrated Prater, and I’ve heard from friends who had trouble shaking off some very creepy panhandlers. 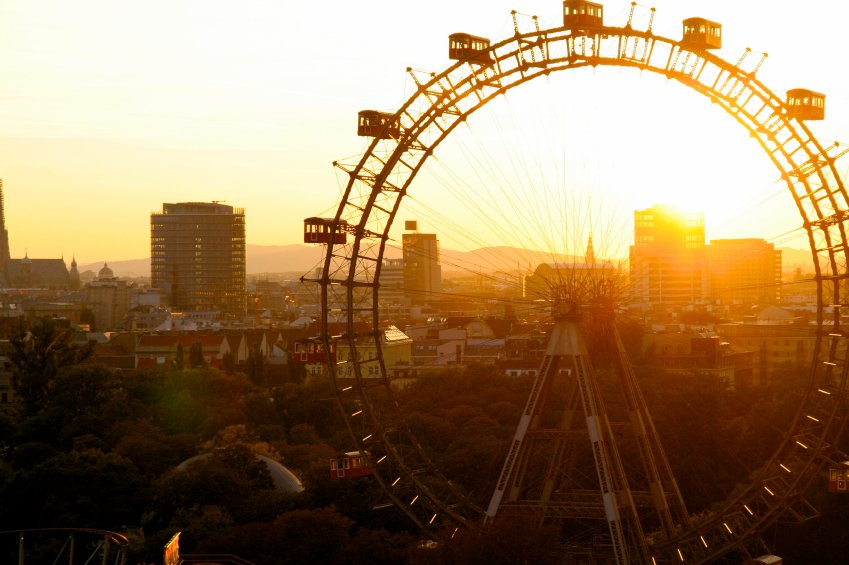 However, such issues don’t affect everyday life in Vienna very much. The most careful expats can always check out the online Vienna Crime Map before settling in a particular neighborhood. Just take care when you leave the city for a mini-break in the Alps. Accident-prone hikers and winter sports enthusiasts often underestimate the very real risks of mountaineering.

The following five cities round out the top ten of the safety ranking: Geneva (6), Stockholm (also on 6), Singapore (8), Auckland and Wellington (both tied on place 9).