Germany is famous for a lot of things, but only few cultural traditions have spread across the globe as ferociously as the Oktoberfest. It is the largest and probably most widely celebrated Volksfest (folk festival) in the world, and whenever someone somewhere talks about Germany, they automatically evoke mental images of dirndl and lederhosen, hearty German food, and German folk music. This year, Munich celebrated its 182th Oktoberfest and welcomed around 6 million international visitors.

Hard to believe that it started off as the wedding celebration of Crown Prince Ludwig in 1810! The festivities were completed with horse races in the presence of the royal family, an event that was so popular that it was repeated in subsequent years. The first carousels were soon added, and by the 1870s, the event was dominated by beer tents and a large fairground.

Although the horse races are no longer held today, the Oktoberfest (or “Wiesn” as the locals call it) is well worth a visit. Bavarian culture is very much alive there and you can observe the traditional garments (or variations thereof) all over the city. If you are lucky, you might even see a horse-drawn carriage of one of the breweries with a few barrels of the traditional Bavarian beer drive by. 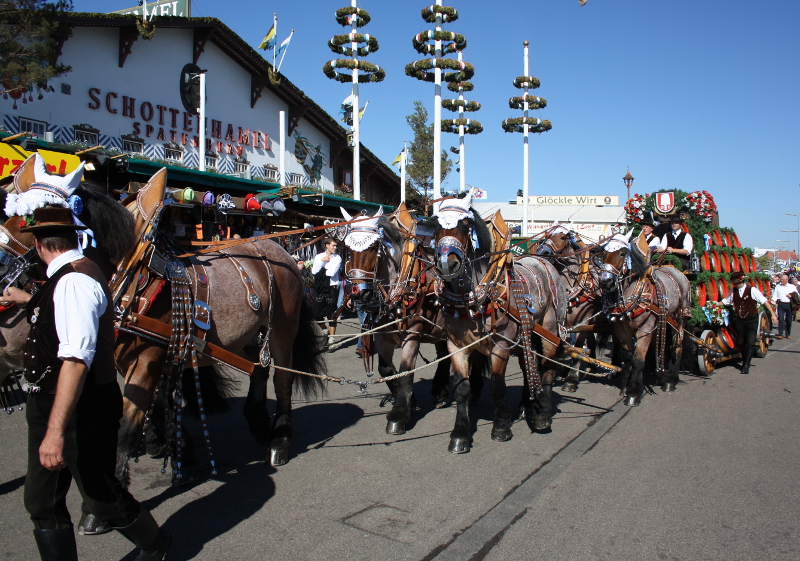 It goes without saying that our expat community in Munich makes the most of this opportunity to get a taste of their host city’s heritage and traditions – and we’re not just talking about beer and pretzels here. Like every year, the Munich Community visited the Wiesn on several occasions, most notably perhaps the annual InterNations Official Oktoberfest Event: More than 300 members from all over the world got together to enjoy some food, drinks and sing along to the band performing a wild mix of traditional German songs and international hits. 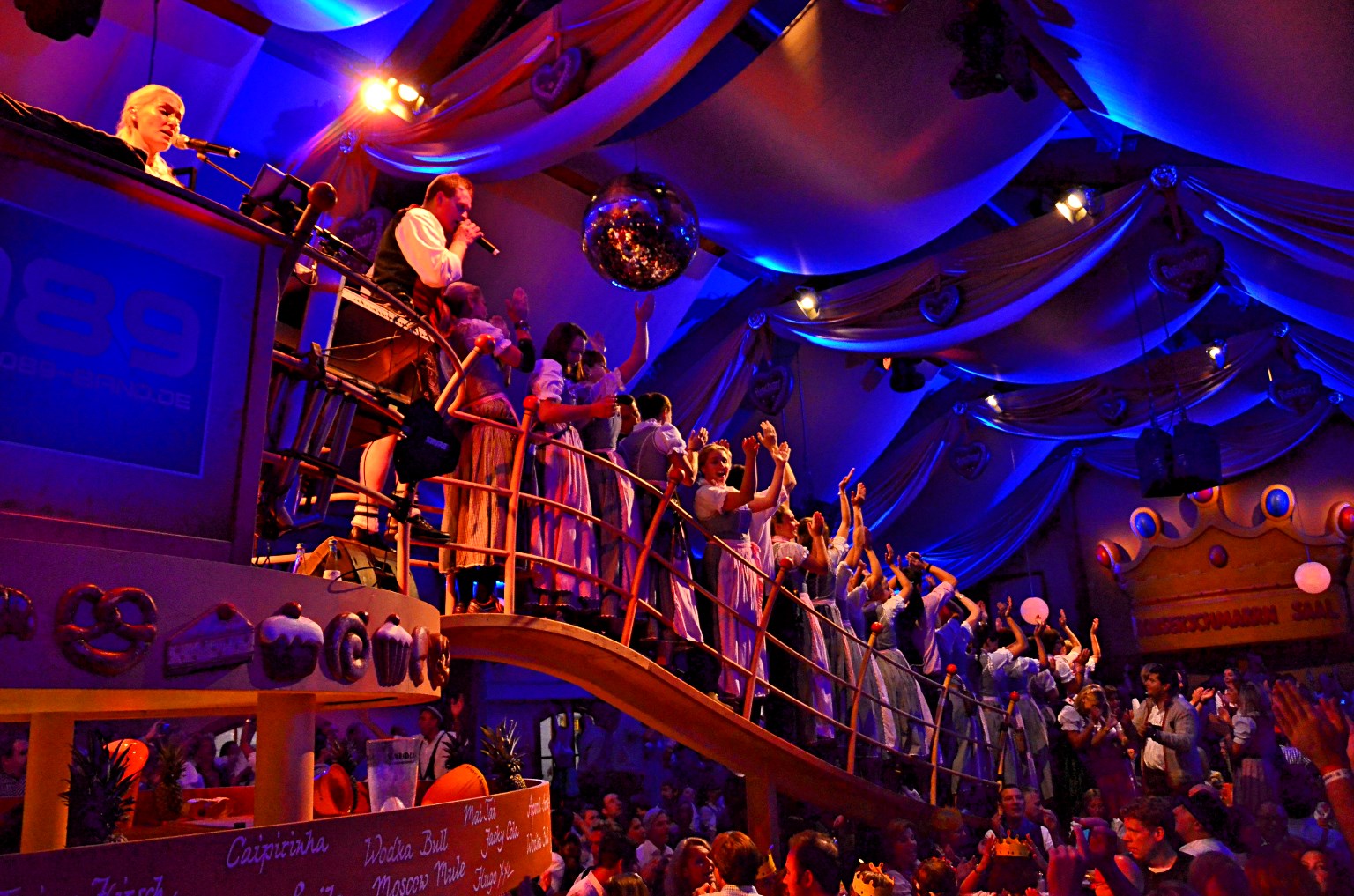 Of course, we didn’t want to deprive our members around the world of an opportunity to celebrate this German festivity as well.

German “Gemütlichkeit” around the Globe

Aside from the Munich community, our community in Wiesbaden-Mainz celebrated Oktoberfest as well. They met at Eisgrub in Mainz, a venue that is loved by people of all ages for its great German cuisine. 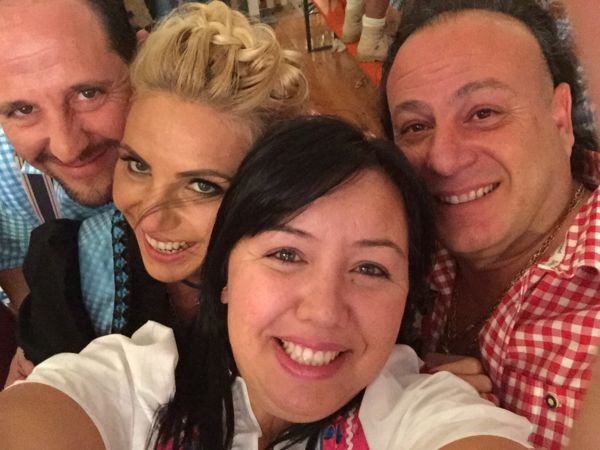 Expats in Athens also met at an authentic German restaurant run by an expat from the Black Forest. Aside from original Oktoberfest beer, our members got to eat their way through a typical Bavarian buffet.

InterNations members in Rotterdam gave the traditional German event a bit of an elegant twist, as they celebrated at The Hilton, where they were served free welcome drinks and German delights in the Upper Lobby.

Our Sydney Craft Beer and Live Music Group celebrated Oktoberfest Aussie style. A small, local brewery had specifically created a beer for this occasion. The fact that the group met on German Unity Day was just the icing on the cake.

The Taipei European Group brought extra German flair to their activity. In celebration of Oktoberfest they enjoyed the music of a German band called “Die Praktikanten”. The lead vocalist of the band has performed in Munich since the early 90s and was ready to play some popular German songs for his audience.

Luxembourg DinnerNations enjoyed the culinary side of German culture. The Alzenger Oktoberfest was the perfect opportunity to get together and enjoy some German food. In the evening, a Bavarian band played, getting everyone to dance the night away.

October Is for Oktoberfest

The Oktoberfest actually has a rather misleading name: the original festival in Munich takes place during the last two weeks of September. Still, our communities have been celebrating this German festivity way into the month of October and some still have their own Oktoberfest coming up. 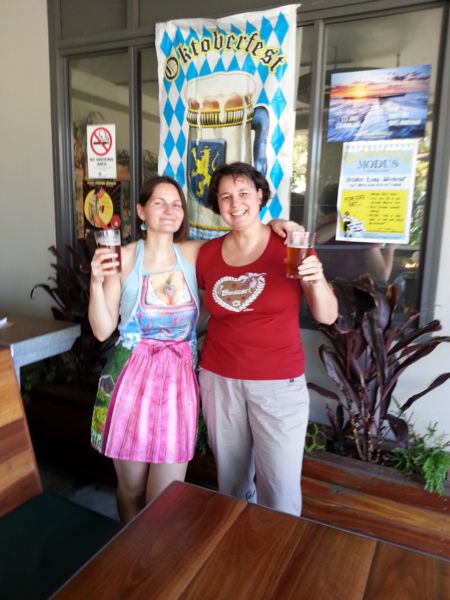 On Friday, 16 October, InterNations members in Chicago are meeting up to celebrate German style. But this event is about more than just beer and pretzels. The live music will make you want to wear your dancing shoes that night and, of course, the company is priceless.

InterNations members in Lviv will get the chance to meet at Beer Theatre Pravda and learn more about the art of brewing beer, including the technology and skills behind it. This event is also for non-beer drinkers, of course. Come around to mix and mingle in a great international atmosphere.

The community in Luxembourg is also going to host an Official Oktoberfest Event on Wednesday, 21 October, complete with crispy chicken, knotted pretzels, and Bavarian decorations. The guests with the best outfits will be declared Mr. and Miss InterNations Oktoberfest. So dust off your dirndls and lederhosen! 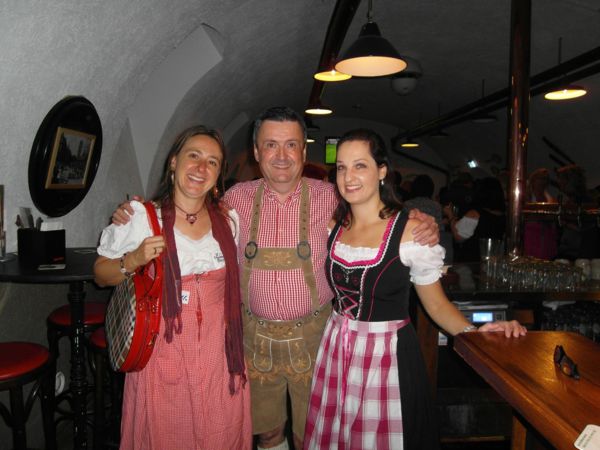 The London New Friends Group will celebrate Oktoberfest on Wednesday, 21 October, as well. The activity will be all about enjoying Bavarian hospitality. Charming waitresses and waiters, wearing traditional German clothes, will serve various original delicacies. To guarantee the original taste, the meat is directly imported from Germany.