This week, we are putting one of our Middle Eastern communities in the spotlight. Meet Gabriela, our energetic and humorous Austrian Ambassador in Amman – an expat and global mind who doesn’t know the feeling of being homesick. 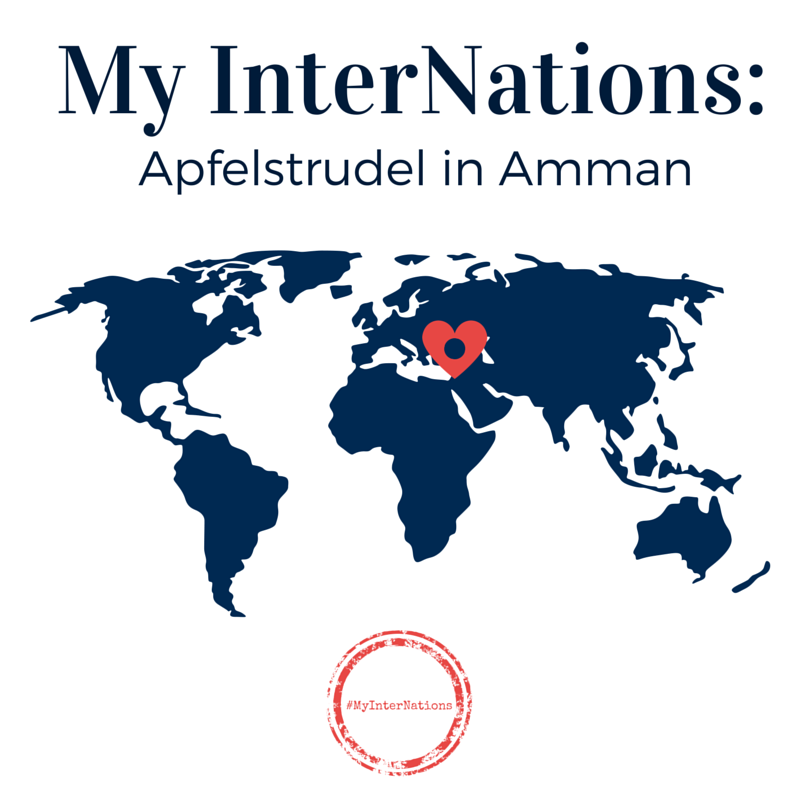 Find out below why she feels at home about anywhere in the world, or why she sometimes messes up the kitchen of fellow InterNations members.

Tell us a little bit about yourself…

Born and raised in Vienna, Austria, I’m from a family with a German mother and an Austrian father. My sister travelled the world with them from an early age, and she lived in several countries as a child.

It was when I was born that my family decided to settle in Austria and run a business there. I helped out in our family business and saw what it means to be self-employed. As I followed my passion for the hospitality industry, I ran several hotels in Austria and Germany.

After a visit to Amman, Jordan, I made the decision to start my own business, too – and promptly opened a traditional Austrian bakery in the Middle East. Now we provide expats and Jordanians with typical European-style bread, like German Krustenbrot, wheat rolls, sourdough loaves, French baguette, and of course, famous pastries like Apfelstrudel and Stollen. 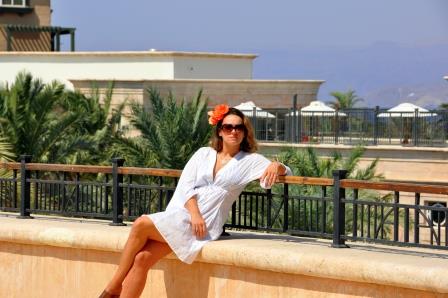 Being a global mind? Well, I don’t think I know the feeling of being homesick. Actually, I feel at home about anywhere in the world, as long as I can find a decent “café”, as this is my favorite kind of place to spend my leisure time.

I meet so many different nationalities on a daily basis. My friends come from all over the world and are scattered across the globe. My family still lives in Austria and Germany, a good friend lives in Sri Lanka, and others are based in Singapore, Russia, Egypt, South Africa, the UAE, and so on. So my list of countries for travelling and seeing my friends is really long!

How did you come up with your idea for running a business abroad?

As I visited Jordan, I heard about the difficulties in finding dark, “German-style” bread. And what I saw on the market was just not what I was used to get.

Pita bread is great, especially with Hummus, or Mezze, all those delicious kinds of starters that you eat with flat bread. But a hearty sourdough or rye bread wasn’t available.

After testing the waters, I opened my Boutique Bakery. By now we don’t only cater to private customers but also to hotels, restaurants and the Royal Court of Jordan! 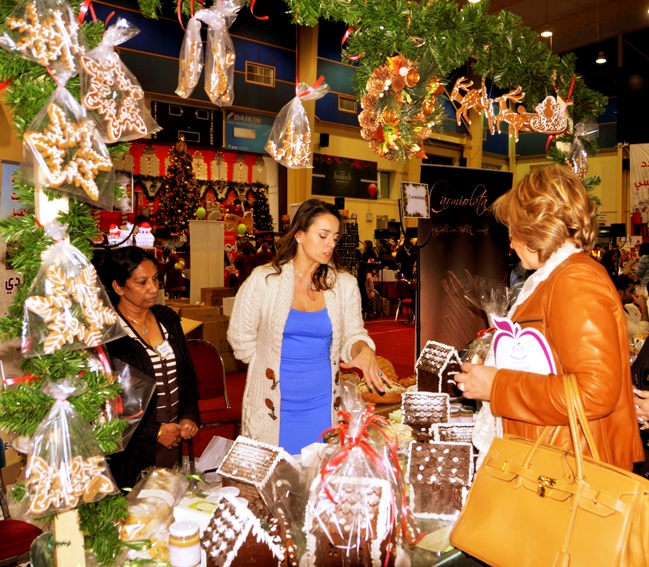 Our customers are a mix of expats and Jordanians, who lived abroad and acquired a taste for the kind of bread we offer. I was surprised to see how many people know and love Austria.

Unfortunately, opening a business in Amman is a bit of a hassle, especially if you are an ajnabi, a foreigner. For example, it took us about six months just to get three-phase electricity. Without a Jordanian business partner, this endeavor would not have been possible.

The language barrier and the intercultural differences make it a challenge. You need a lot of patience and stamina, something I learned a lot about in this country. But we keep doing well and even have plans for expanding the business.

What makes me really happy, though, is the look that our customers get once they enter the bakery and notice the wonderful smell of our freshly baked goodies. I think these specialties are really something new and original in Jordan.

How did you join InterNations and become active in your community?

During one of my trips to Jordan, a friend took me along and introduced me to the local community. Back then it was a small group of about 20 members attending the gathering. I really liked the idea: In some Middle Eastern countries, it’s hard to just go out and get to know new people, and this network helped me to socialize more easily.

As everybody loves food, I came up with the idea of a “cooking party”, which I started around three years ago. 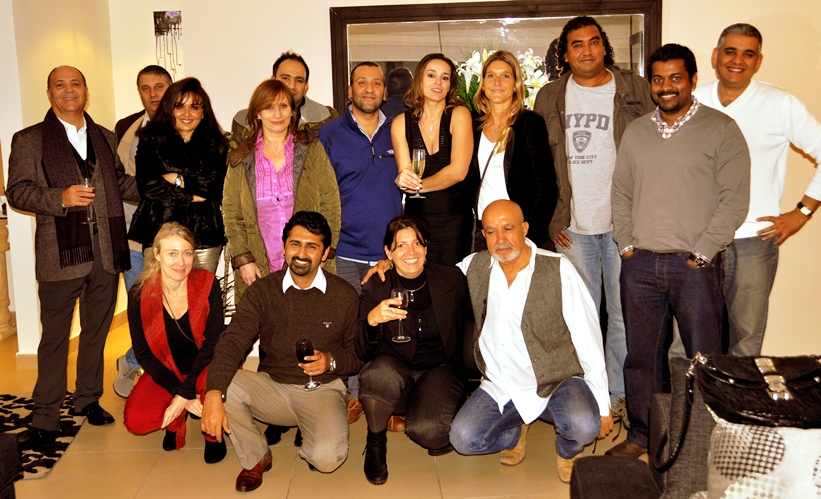 The participants were invited either to prepare a dish or to serve the drinks, and the meals were prepared at somebody’s place, who wasn’t bothered that we’d probably mess up their kitchen.

It was an immediate success, and we’ve organized a lot of fun cooking sessions, introducing diverse cuisines from all over the world. So far, we haven’t had any really unusual dishes yet, though – like grilled snake or fermented shark.

What makes your InterNations Community special?

Amman is a very small, intimate community, and there aren’t that many places for going out. That’s why I work with any potential idea for an event or activity,

So far we’ve had: visiting a farm, having a BBQ in the rare green and leafy area (don’t forget that we live in a desert country!), horseback riding, tango lessons, visiting an animal shelter, a Bingo night, as well as two monthly InterNations Events, happy hour drinks, walking groups, brunches, and dinners, but also trips to several places in Jordan, like the Dead Sea, Ajloun with its famous medieval fortress, or the Roman ruins of Jerash.

What have you learned from your role as InterNations Ambassador?

I just love to see the community growing and providing expats with a haven to meet other people who understand that it’s mostly exciting, but not always easy to settle in a new country. You have to sort out plenty of issues in the beginning. There’s often a language barrier, and it requires a lot of organizational effort to find housing and get settled. 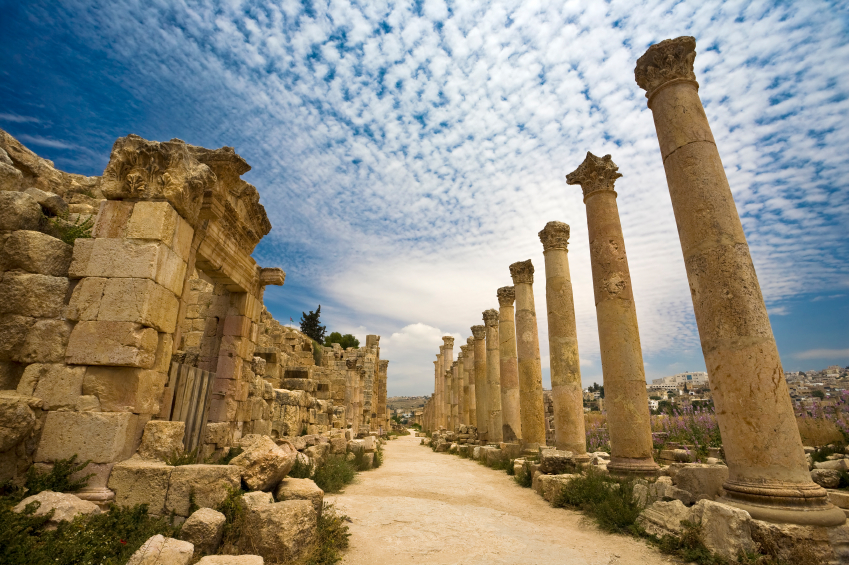 Seeing happy faces when a newcomer meets someone who’s been through the same struggles and can help, is really special to me. The gatherings start as networking events, and we sometimes end up turning the venue into a club.

Some parties last until the wee small hours – by 2am the whole crowd is dancing, and by then the camera is usually turned off! The next morning we have brunch and some kind soul will share a painkiller for the hangover.