The expatriate’s life is one tied to a bungee line, courting highs and lows quite unlike any other. One can conquer life in an alien environment, and blossom like a flower reaching toward the sun. But like a flower, one wilts seasonally. Christmas, New Year’s Eve, and even Halloween for some, can be hard, separated from loved ones and the landmarks of a happy youth.

However, the hardest time for expats is often Valentine’s Day. Separated from your love by what the Irish poet John Montague identified as “all legendary obstacles”, an expat Valentine’s Day can be a heart-wrenching experience. While the distance between you is consciously real on any regular day, it stretches much further in the mind when in the company of heart-shaped chocolates and velvet teddy bears decorated with myriad expressions of ‘I love you’.

And yet, a long-distance Valentine’s Day holds the capacity for a greater romance than any other. Although apart, you follow in the tradition of star-crossed lovers like Abelard and Heloise. For romance is heightened by the trials of difficulty and pain. Let’s be honest, would Romeo and Juliet be an epic tale if their parents were best mates and paid for the wedding reception? Well, it’s by Shakespeare, so he’d probably figure it out, but you get my point. Below, you’ll find some ideas on how to spend your Valentine’s Day with or without your partner. 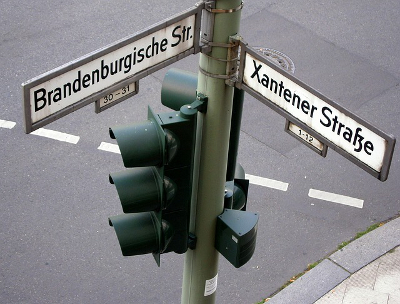 A stolen piece of geography, a street sign is a promise. A vow that every time you walk down this street, and every time they see this sign, you will think of each other. And that one day, be it soon or in a distant future, you will walk it together and remember in happiness the lonely Valentine’s Day you shared apart.

Disclaimer: InterNations does not excuse or promote any form of theft for any reason, even for those of an epic romance. 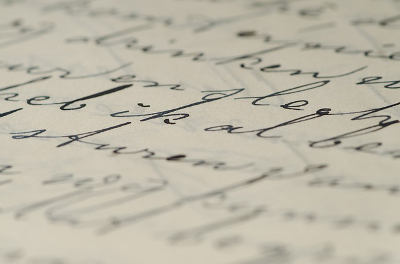 There is nothing more perfect than a handwritten letter. I remember, and still have, the first one I ever received. At fifteen I memorized the neat lines scrawled on the back of a No Doubt concert leaflet, and read it over and over again, knowing the words but following the small curves and large gashes of letters written in the hand of a careful, but passionate, teenager.

One piece of advice would be to keep it short and to the point. We aren’t in the American Civil War, so formalities like “Dear Mabel, I hope all is well. It is cold on the front, and though I would write that we are in the heart of winter, as any man on the lines can attest, it is clear that winter has no heart” aren’t exactly required. It was romantic then, but I’d say you’re better of leaving out the whole “How are you? I am good!” thing. 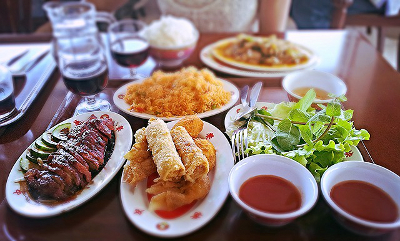 A romantic dinner stands at the very center of Valentine’s Day tradition. I must admit that I stole this idea from the life of a fellow expat I briefly knew. A Brazilian living in Germany, he celebrated his first birthday away from home. So his mother cooked all his favourite foods, and while it was night time in Munich, and as they spoke on the phone, he could live vicariously through his sisters while they ate the meals of his childhood. For him, it was a moment of surreal togetherness which he swore he would never forget.

A Bottle of your Perfume or Aftershave 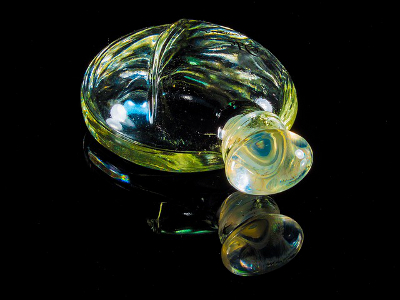 As anyone in the fragrance industry can tell you, we all have different body chemistries that react in subtly different ways to cologne. Scent holds memory, and there are very few things more individual than the way in which a person smells. A garment with your signature scent, is in a sense, a piece of you, and is a gift that can help your partner weather the lonely nights apart.

And rather importantly, it’s a tad more romantic than the piece of himself that Van Gogh decided to cut off and give to his lover (his ear).

A poem in the language of your country of residence 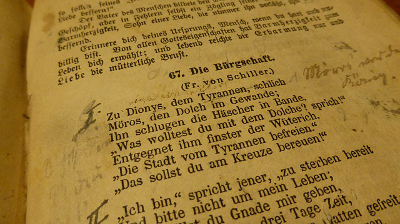 Love, in all its confusion, is a foreign language. An alloy of emotion, thoughts, ideas, and physical reactions, it evades articulation. One can never really put into words the exact feelings for the love of one’s life. Great artists have tried, but there is a reason poets publish books of love poems rather than a simple and singular piece.

Thus, I think a love poem written in a foreign tongue is more apt. In the inescapable romance of another language, with its delicate trills and soft lulls, a basic meaning can be understood but to grasp its true essence is ultimately impossible. 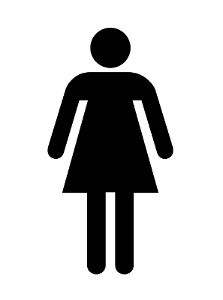 Fans of the hit teen television show Saved by the Bell will remember Zack Morris’s life-size cardboard cut-out of his love interest Kelly Kapowski. Although verging on the creepy in the hit sitcom, sending a lifesize cut-out of yourself to your partner will definitely draw a smile. Well, until they begin to realize that there is literally nowhere to put it … the prospect of going to sleep with a gigantic cardboard person looking over your bed is not-so-oddly terrifying.

Carol Ann Duffy wrote a poem called Valentine, a marvellous piece of work that transforms an onion, an everyday vegetable, into the perfect metaphor for the beauty and pain of love. 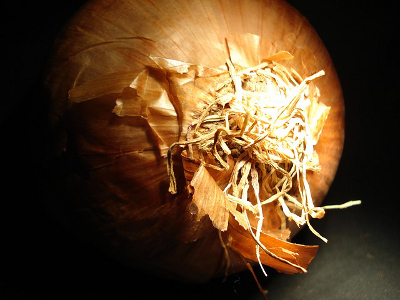 For copyright reasons we probably can’t reprint the text here, but we would urge you to buy a collection of Carol Ann Duffy’s work and read this magnificent poem alone or with your significant other.

Sam Malone is an Irishman and Masters graduate in continental American literature. He is qualified in two things: being a nerd and reading books.