Off to the see the “Paris of the East”: InterNations founder and co-CEO Malte Zeeck visits our expat community in Shanghai.

The next stop on my grand tour of China was Shanghai, our largest community in mainland China, with over 21,000 members in the area. After just a two-hour flight from Beijing, I arrived at Hongqiao Airport, which serves as an extremely busy traffic hub for domestic flights.

With innumerable other passengers arriving and departing around me, I was really impressed by the efficient organization of the sheer endless taxi line at the airport terminal. The line of cabs moved rapidly along a platform of about 10 taxi stations, where cars pour in without an end in sight. Everybody got their taxi quickly, and I barely had to wait.

However, writing down the hotel’s address in pinyin (i.e. the Western alphabet) was a typical beginner’s mistake, so to speak. 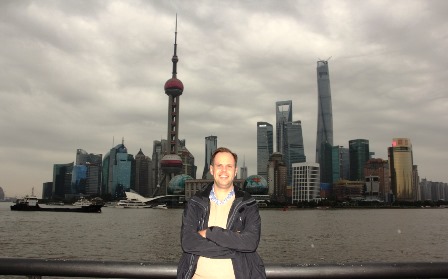 My poor taxi driver was a bit confused as he, like most cabbies, needed the Chinese characters to understand where I was going.

But we did work it out eventually: Slowly making our way through the heavy traffic, we finally arrived at the Hotel Les Suites Shanghai at the Bund, the city’s famous waterfront promenade along the Huangpu River.

Fortunately, I still had enough time to take a walk along the embankment, enjoying the area’s eclectic architecture and the great view of the Pudong skyline across the river. I could easily spot the Oriental Pearl Tower, Shanghai’s contemporary landmark, as well as the looming Shanghai Tower – still under construction and already the tallest building in town!

This time, I wasn’t so lucky with the weather, though. It was a grey and misty day, and the view of the cityscape wasn’t quite comparable to the panoramic views from the Great Wall. But the buildings were really fascinating. Allegedly, my travel guide told me, Shanghai has one of the richest collections of art deco-style architecture worldwide. 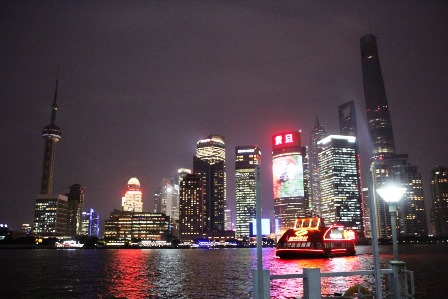 Most of these houses – now the headquarters of banks and corporations or high-end shopping centers and luxury hotels – date from Shanghai’s colonial era. The Bund was part of the Shanghai International Settlement, a foreign concession within the city, whose extraterritorial privileges lasted for 100 years.

But as the event was to start at 7 pm, I had to hurry up a bit. The venue, Face Bar Pudong, was located in a secluded landscaped compound on the other side of the river – a lovely green oasis in the middle of a 24-million mega-city. Due to the rain, the event had to take place indoors, and not on the terrace by the little lake, which is a favorite for many of our members.

Though the taxi ride took me longer than expected, I made it in time to meet and greet two of our three Shanghai Ambassadors before the event. Jared and Bryonie were recently appointed InterNations Ambassadors for our Shanghai Community, but both of them have been living in China for several years. 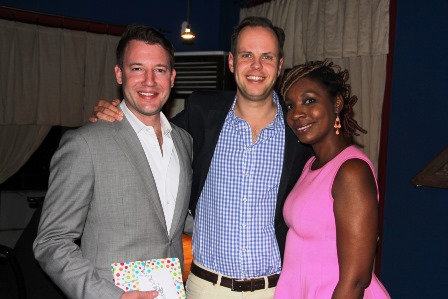 Jared is a German-American expat who specializes in Spanish wines and runs a tapas bar on Dagu Lu. Bryonie, an expat woman from Jamaica, owns the first hair saloon in Shanghai that caters specifically to clients of color. She’s also an active member of our InterNations Shanghai Volunteer Group.

Together, they’d organized a big barbecue with tons of food, and I was delighted to thank the two officially for such a great evening.

In general, it was a pleasure for me to thank not only the Shanghai Ambassadors in my welcome speech, but also our Group Consuls in Shanghai. They organize such fun activities as cooking classes for Chinese food, meet-ups for expat women, or city walks. 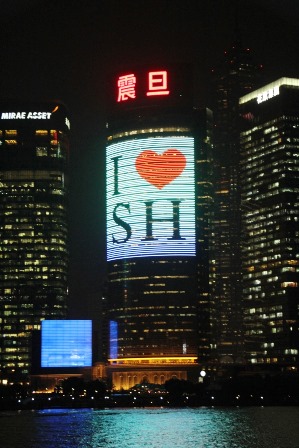 After the official introductions were over, I enjoyed the opportunity to talk personally to our members. We had guests from several dozen countries attending the event, and I chatted with Christian and Elisabeth from Austria, Ross from the US, Nicole from Germany, and plenty of other friendly people.

Some of our local members have lived in China for years while others arrived only recently. I really enjoyed seeing the “old hands” support the “newbies” with information and helpful tips.

Eventually Elisabeth from Austria, a seasoned expat who lived in various other Asian cities before she came to Shanghai, kindly offered me a ride back to the city center. She dropped me off at the Bar Rouge right by the Bund – one of Shanghai’s most popular nightlife spots and the ideal place for one last drink on the rooftop terrace, with the glittering skyline for a backdrop.