It’s cool, up north: Malte Zeeck, founder and co-CEO of InterNations, lately paid a visit to one of our northernmost Local Communities in the Icelandic capital.

“I wanted to go to the end of the world, but not quite so far away.” That’s what a German InterNations member from Cologne told me at our recent Reykjavik Event.

This pithy sentence actually describes my own impressions of the place pretty well. Reykjavik is only a four-hour flight from Munich, but landing in Iceland felt a bit like landing on another planet.

The country’s rugged nature and volcanic scenery are well known for attracting thousands of visitors every year: In 2013, over 800,000 international tourists came to the sparsely populated island just below the Arctic Circle. 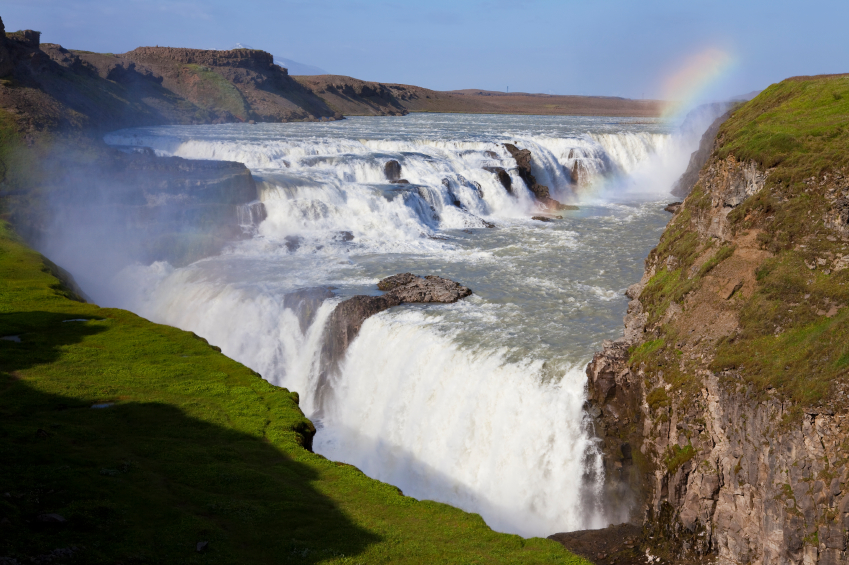 During my trip, I didn’t only meet plenty of adventurous visitors, but also plenty of expatriates in search of adventure:

They moved to Iceland to do scientific research on geothermal energy, to work in the fishing industry (the economy’s single most important sector), or to get creative in the contemporary art scene. Some even decided to leave everything behind and settle down in Iceland for good.

Together with a few traveling companions from EO (Entrepreneurs’ Organization, the only global network exclusively for entrepreneurs), I got to spend a few days in Iceland last month. Through Air BnB, we rented a typical Icelandic house to enjoy the local lifestyle in the capital.

Organized by our Reykjavik Ambassador Vishnu, a Ph.D. student from South India, the InterNations Event took place at Sky Bar, a venue with an amazing view of Reykjavik’s seashore. 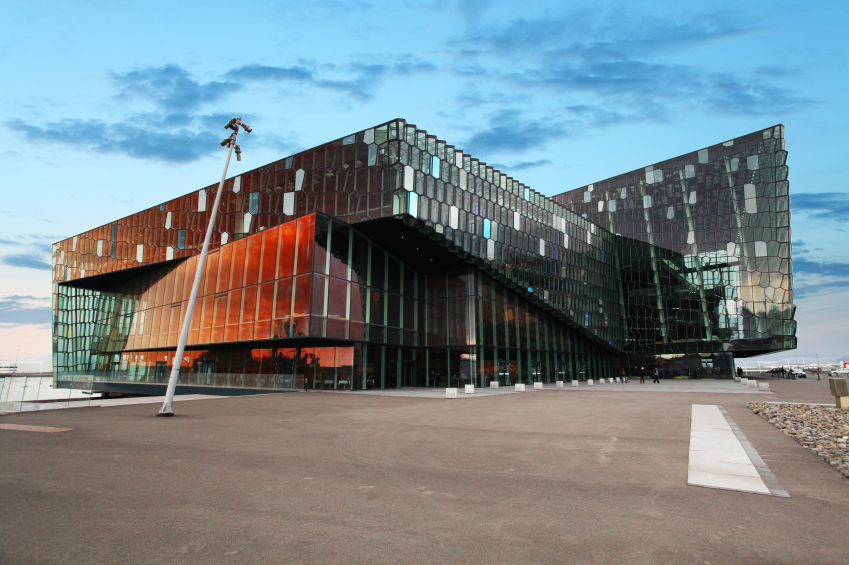 From the location’s panorama windows, we spotted Harpa, the waterfront concert hall and conference center – one of the capital’s newest landmarks.

About 25 members from over a dozen different countries – Canada, Germany, India, the US, and many more – came to mix and mingle, sharing their unique perspectives and individual backgrounds.

In addition to the above-mentioned geologists, I encountered a US actor and another member who organizes a large conference for the incumbent President of Iceland.

I thoroughly enjoyed attending a relatively low-key InterNations Event for once: Compared to our big parties and huge networking meet-ups in other cities, the gatherings in smaller Local Communities just give you more time to get to know and talk to everyone in person. 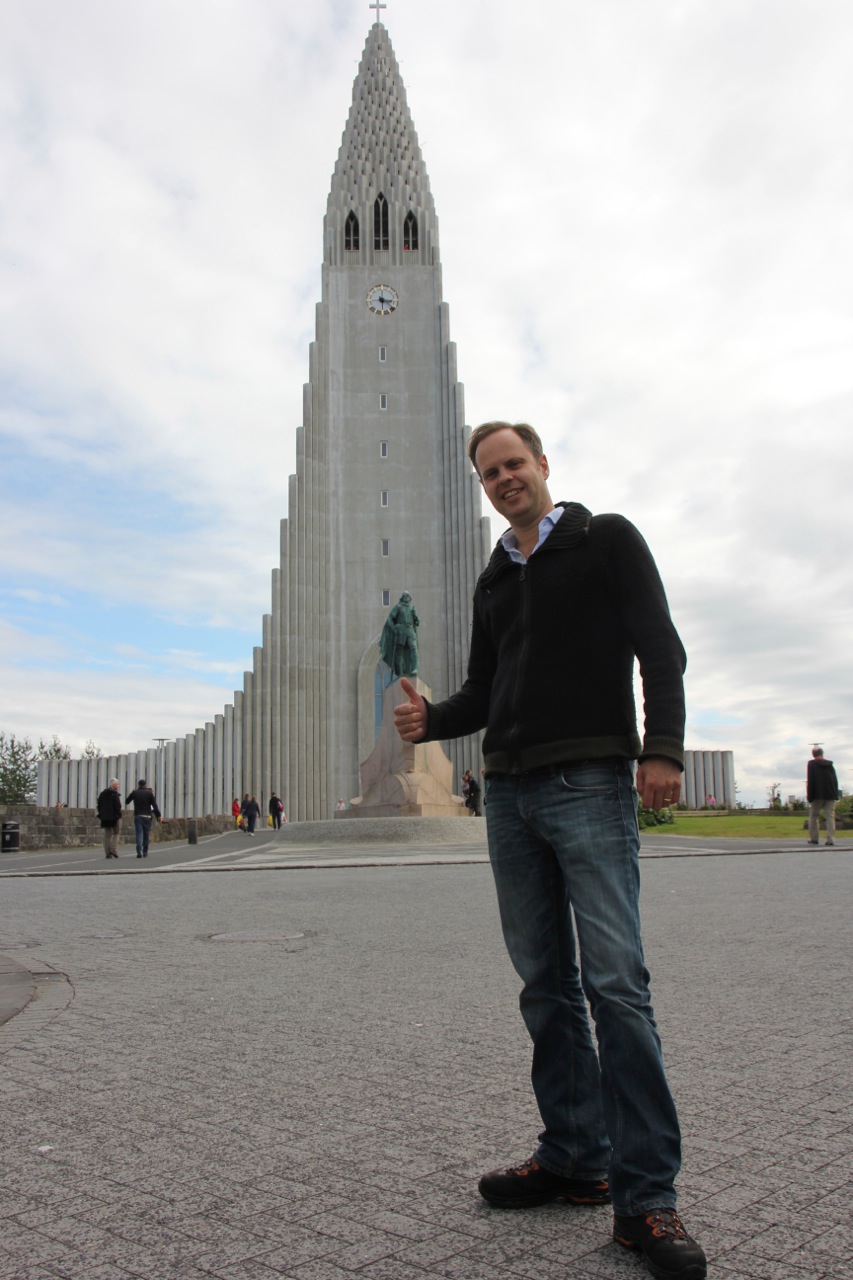 Despite the less numerous guest list, the event still lasted from around 7pm till midnight. When I left the location, the sky was still bright as daylight under the Arctic midnight sun. And the city didn’t sleep yet.

After the official get-together, we went for a last round of drinks at Rex Bar, one of Reykjavik’s most stylish clubs. The nation’s young and vibrant design culture has definitely made an impact visible in many of the capital’s sleek bars and elegant restaurants.

From Capital to Countryside: the “Golden Circle”

Reykjavik, the world’s northernmost capital, may not be very big (population: less than 125,000), but it’s definitely a lovely city.

From the signature tower of Hallgrímskirkja, we took in the splendid view of the cityscape, from the surrounding mountains down to the sea. Some members of our little group even went on a whale-watching trip right off the local shore – all in a day’s work, so to speak.

But you can’t just go to Iceland and see nothing but the capital. Nature’s really the thing here, and so I set out to explore the Icelandic countryside.

Arguably the country’s most beloved tourist route, the “Golden Circle” includes the valley of Haukaladur, where famous geysers blow their scalding fountains over 20 meters high, and the valley of þingvellir. 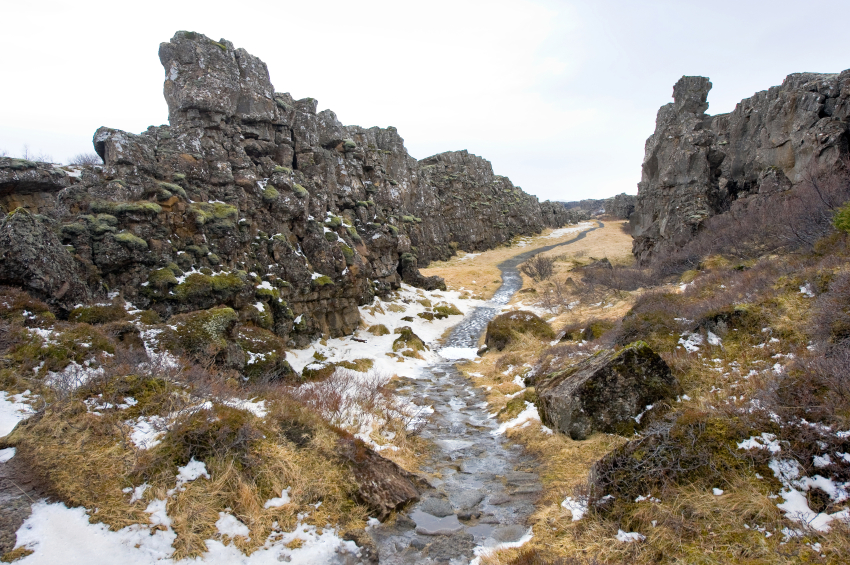 The latter isn’t only the erstwhile site of the world’s oldest parliament, but also a geological hotspot where you can observe two major tectonic plates drifting apart.

We also visited the breath-taking Gullfoss, Icelandic for “golden waterfall”, as well as the Langjökull glacier, where we even had the chance to drive a snowmobile over the eternal ice.

On yet another trip from the capital, we went for a hike on the slopes of one of the many volcanoes, and we participated in a quad “moon” tour as well: from volcanic lunar landscape to coastal dunes and black beaches, Iceland’s scenery is ever changing and ever fascinating. 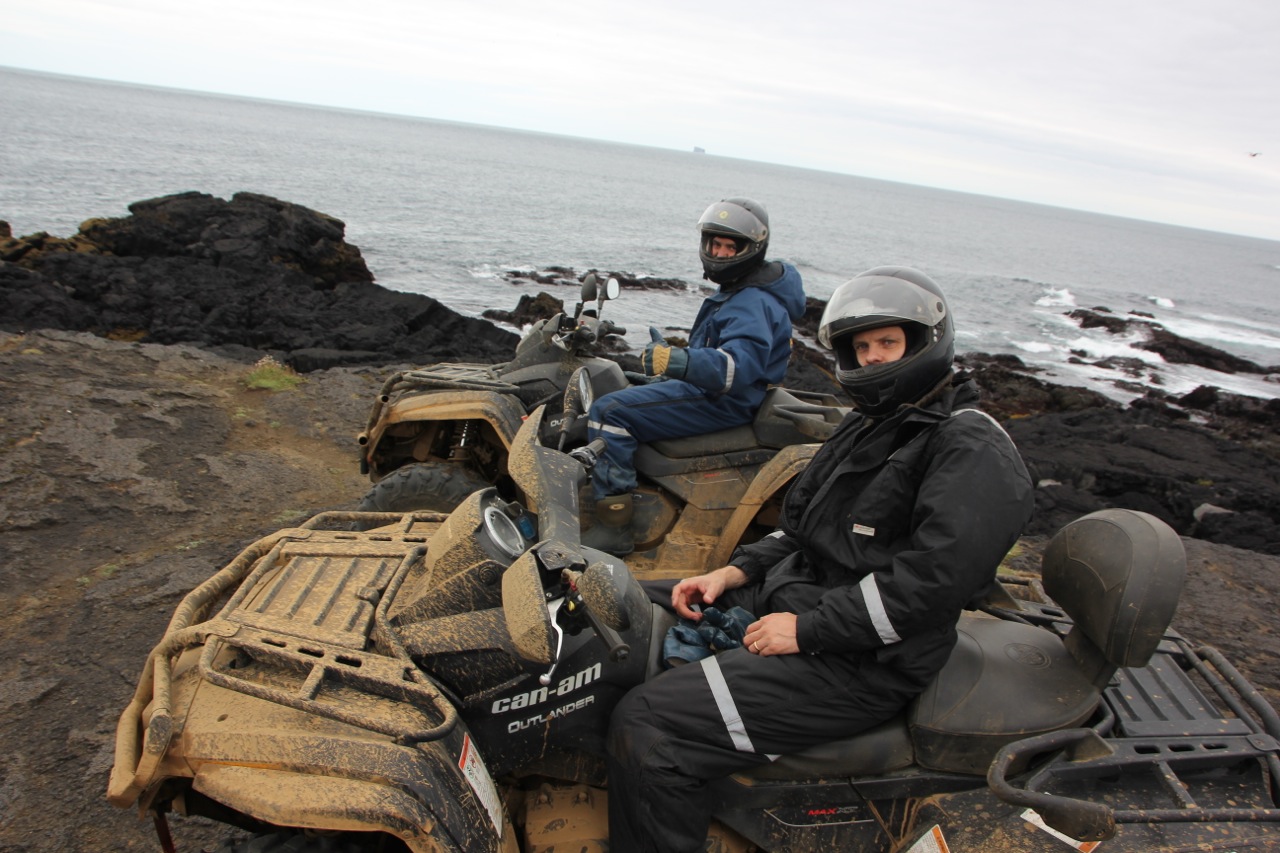 Trees are about the only thing missing from this truly amazing landscape! Most native birches and junipers, if there are any, just don’t grow very tall. (The locals joke: “What do you do when you get lost in an Icelandic forest? –Just stand up and have a look around.”)

After so much action, it was high time to relax and to gorge on some great food. For the relaxing part, we obviously stopped at the Blue Lagoon, a natural swimming-pool fed by hot springs. I thought that floating in 37°C mineral water was a worthwhile experience, though a bit overpriced.

However, most tourists didn’t seem to mind: There was a veritable throng of visitors crowding the spa’s skincare shop, where you could buy natural cosmetics at prices as steep as Iceland’s mountainsides. 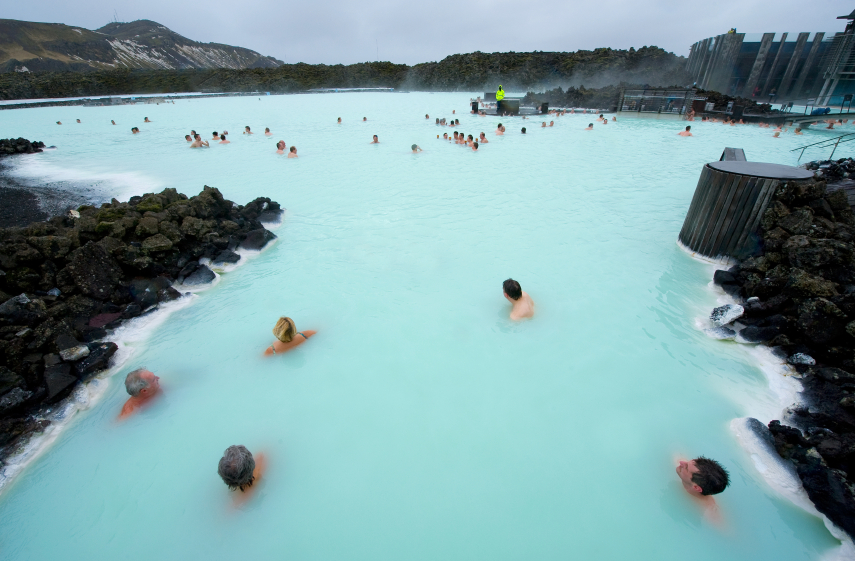 For the marvelous food, we opted for Fishmarkaðurinn, an oft-recommended restaurant in downtown Reykjavik. Rumor has it that Icelandic cuisine solely consists of curious delicacies like sheep’s testicles and half-rotten shark, but fortunately, those stories turned out to be merely rumors indeed.

Instead, we got to try an opulent nine-course meal intended for tasting the restaurant’s typical specialty: Icelandic-Asian fusion seafood. Verði þér að góðu! – Enjoy your meal!

But Reykjavik doesn’t only boast great eateries. After dinner, we then discovered Loftið, yet another great place for Iceland’s nightowls. The posh lounge soon transformed into a dance-floor full of cheerful Icelanders and tourists alike.

At Loftið, I even ran into a couple of InterNations members again: It’s a small country, after all. Almost the end of the world.