Can some graphics with lots of arrows, squiggly lines, and a couple of captions save your international business meetings? One man thinks they can.

Richard D. Lewis is an author and a consultant for cross-cultural communication. In his approach to doing business around the globe, he has attempted to summarize the conversational attitudes of various nationalities in a series of diagrams.

An online article that depicts these “communication charts”, as Lewis calls them, went viral a while ago, and so we’ve decided to take a closer look. 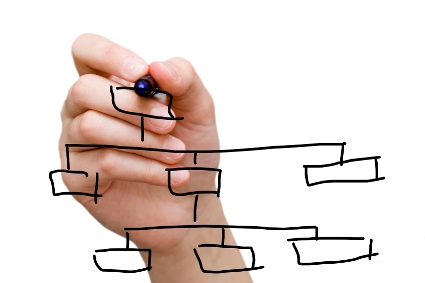 At first glance, his simplification of how different nationals will approach, for example, corporate negotiations verges on the stereotypical at times. According to Lewis, Italian business people are often “verbose”, the Australians tend to be informal and “matey”, and the Danish put great emphasis on “hygge”, their version of well-being and relaxed intimacy.

Being German myself, I did find myself nearly laughing out loud when I scrutinized the communication chart for business talks among Germans. That particular illustration is all distinct and direct steps, as well as orderly, straightforward lines.

According to the captions, German business meetings usually include such stages as “examining the facts”, “making a frank proposal”, and “offering a counter-proposal” if the original suggestion should meet with unexpected resistance. The participants are very evidence-based in their outlook and can rather labor their points during discussions.

While the unofficial German motto is, “just the facts, please”, the official one is definitely “follow the agenda” (no detours or sidetracks allowed). And whereas other cultures strive for “clarity” of outcome, or for reaching an agreement, that’s apparently not enough for us nit-picky Germans. A result isn’t merely a result, but “the truth is the truth”, end of story.

The reason why I almost burst out laughing at those descriptions is because I actually recognized my own behavior to a certain extent. Admittedly, I love having an agenda and sticking to its points. I’ve also been called “awfully German” in my frankness before, though that comment was meant in a jocular manner.

The person who considered me the cliché of a blunt, outspoken German was my former English conversation teacher. I attended his classes for eight years, during my university days and beyond.

My teacher was a very British gentleman, who’d taught English as a foreign language around the world and then settled in Munich to work for the local branch of a multi-national company. I wonder what he’d make of Lewis’s charts. 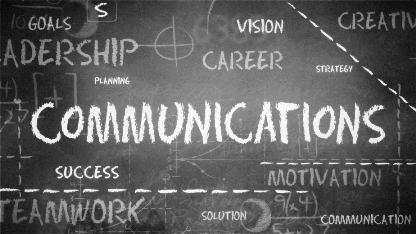 I’d like to think that I also recognize some of my old language teacher’s “typically English” traits from the respective diagram. While I preferred cutting right to the chase in debates, he wanted to share his appreciation of small talk.

When the discussions among us students were gradually becoming heated or tedious, he’d remain calm and unflappable, relieving the tension with a dry joke or two. Even in the face of verbal resistance, he avoided open confrontation and went for vague compromises or understated humor instead. “Don’t rock the boat” could have been his motto, too.

However, other team members at the InterNations office disagree with Lewis’s assessments. One of my co-workers, somewhat familiar with Finland and its people, told me that she doesn’t share his impression of a very laconic and yet highly efficient Finnish work culture. However, Lewis himself has lived and worked in Finland for many years.

As usual, such differences in opinion show that, even for experienced expats, it can be difficult to summarize the business world and mindset of an entire country – be it in a few sentences or a few strokes. However, such simplified models of culture can be a great starting point for exploring how other people work and talk and think.