As there’s less than a week left until Christmas, I’ll seize this perfect opportunity to talk about one of Germany’s most famous holiday traditions: the Christmas market.

If you have ever been in Germany in early December, you cannot but notice the brightly decorated stalls and tightly packed crowds of people in many a city center. There are literally hundreds, if not thousands, of Christmas markets throughout the country. Nearly every town has a market of its own, no matter how small, and major metropolises may have dozens. For instance, there are up to 50 different ones spread across the various neighborhoods in Berlin. 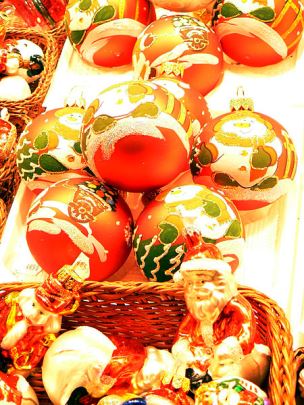 Though they are an essential part of the holiday season, Christmas markets are – unsurprisingly enough – a fairly secular affair. They go back all the way to the Late Middle Ages, when the burghers of medieval towns bought fresh meat and seasonal food for the winter months. Even in historical documents, you sometimes come across references to trinkets for children, or such popular snacks as roasted chestnuts (still sold as heiße Maroni nowadays).

Today, the ubiquitous Christmas markets have become tourist attractions (which expats living in Germany shouldn’t miss out on), as well as important sources of income for the local economy. About five million visitors flock to Cologne during the advent season, for example, and the Rostock market on the Baltic Sea coast is a favorite destination for tourists from Scandinavia. The concept is actually so popular that it has turned into a hot export commodity. There are now “original German Christmas markets” in international cities from New York to Osaka.

It’s no wonder that lots of German towns and cities vie with one another for holiday superlatives. Several markets lay claim to being the oldest, with Bautzen in eastern Saxony and Munich being the top candidates for that position. (Both markets date back to the 14th century.) Others offer fun-fair rides, huge ice-skating rinks, cultural performances, gay and lesbian or alternative and eco-friendly markets, as well as plenty of records from the tallest Christmas tree to the world’s biggest musical box. By the way, you’ll find the latter in Osnabrück, just in case you’re interested. 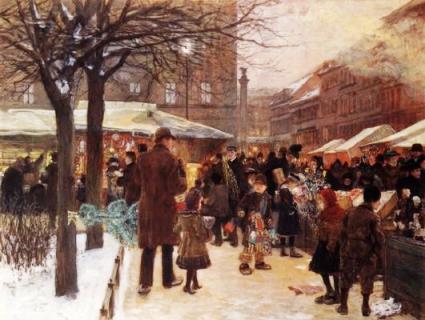 All that hullaballoo isn’t the reason why I’m personally fond of Christmas markets. It’s not even the mulled wine that makes me a little misty-eyed and as sentimental as the average character in one of Charles Dickens’ Christmas stories. My attachment is largely based on nostalgia. Last year, I visited the Christmas market in my former hometown, which I hadn’t attended in quite a while, what with being too busy with holiday preparations.

At first, I was strangely disappointed – everything was so different from what I remembered! The merry-go-round for the young ‘uns seemed a tad too noisy and a little too kitschy. The stalls selling holiday decorations, like tree ornaments or folk art from the Ore Mountains, offered nothing more intricate or original than any other vendor. The market still featured the “living nativity scene” that had impressed me so much as a kid, but it was nothing but a couple of bored-looking sheep and a decidedly grumpy camel. 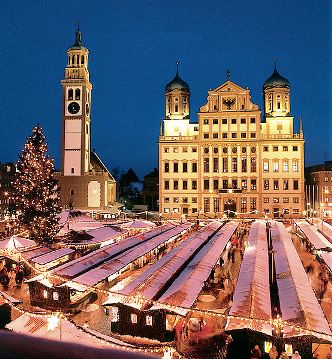 I wanted to dismiss that feeling of disenchantment as the inevitable result of having visited much more beautiful locations, but it did keep bothering me, and I finally realized why. What I was missing wasn’t anything I would find elsewhere, not even on the biggest and brightest Christmas market of all. As a child, the holiday season had been a time of marvels and magic for me. For my adult self, it was a time full of stress and frenzied attempts to squeeze in some jolly conviviality.

Once I’d caught on to that, I told myself, “oh, sod it!” Although I still had presents to buy and errands to run, I decided I needed a break. A live performance of traditional carols presented by an amateur choir was going to start soon, and I stayed and listened. The singers had some trouble to be heard over the noise of the crowd and the din from the merry-go-round; I’m pretty much tone-deaf, but I did suspect that one soloist was somewhat off-key (probably due to stage fright). And you know what? It was still beautiful and – dare I say it? – magical.

Merry Christmas to those of you who celebrate it, and a Happy New Year to everyone! See you again in 2014.