InterNations founder and CEO Malte Zeeck visited our community in Copenhagen this spring, but now he had the opportunity to get a glimpse of local life in another northern metropolis. Read more about his trip to Helsinki below.

After I’d been to a few of our Northern and Eastern European Communities around the Baltic Sea, a trip to Helsinki was long overdue. My flight from Munich on a Friday morning took only two and half hours, and the beautiful, sunny weather allowed me to get a great bird’s-eye view of the city and the Finnish coastline, with myriads of tiny islands off the shore.

During the 30-minute bus ride to the city center, I quickly realized that Finnish is indeed a very different language from those spoken in neighboring countries. During my visit to Copenhagen, I could figure out quite a bit of written Danish, though it obviously sounds rather unlike German. 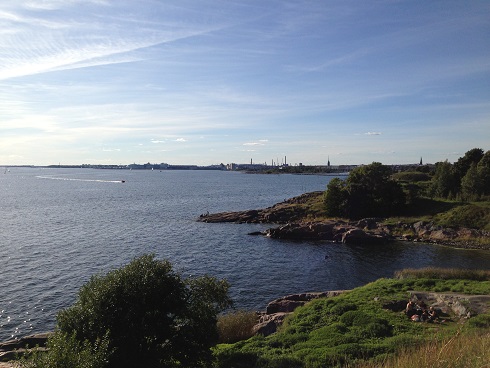 Finnish, on the other hand… Let’s just say I was really grateful that everyone I met spoke fluent English, or I would have been lost in Helsinki.

I stayed at the Scandic Simonkenttä Hotel right in the heart of town, directly next to our event location. So I could conveniently meet up there with our InterNations Ambassadors Team about an hour before the get-together was about to start. For the venue, they had chosen the newly opened Maxine Nightclub, a posh location with a sleek and stylish interior in dark colors, whose large windows and spacious rooftop terrace offer a beautiful panorama of the cityscape.

When I arrived there, Ludmila – the most recent addition to the Helsinki Ambassadors Team – came directly from her Finnish exam. Kudos to her for tackling this fascinating and challenging language! But then, she did graduate in linguistics back in her native Russia.

Before Ludmila moved to Helsinki, she worked for several international companies in Saint Petersburg (truly an impressive city, and I very much enjoyed visiting it some years ago). Now Ludmila is continuing her education in business administration in Helsinki, and the passionate sailor is really glad about living so close to the sea. 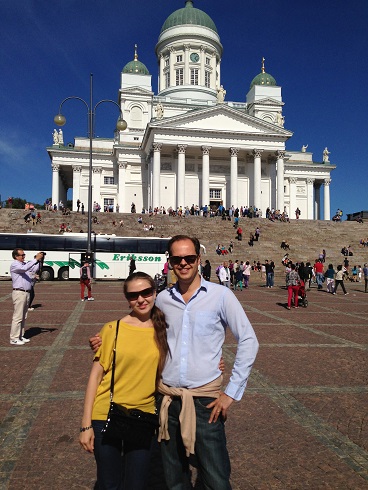 Ludmila only joined the Helsinki Ambassadors a while ago, as our local community there is continually growing. Her colleagues in the Ambassadors Team are Simo, a global mind from Southern Finland, who now works for the International Organization of Migration in Helsinki, and Jean Carlos from Venezuela. Jean Carlos lists half a dozen countries of residence on his international CV already, but his previous stays were mostly in hotter climes, like Mexico City or Miami.

Though August in Helsinki can be comparatively cool, with plenty of fresh breezes from the Baltic Sea, the three Ambassadors gave me a very warm welcome to the capital before the first guests arrived. Due to the exclusive location and the limited guest list, “only” 150 people came to the event, but there was a wide range of nationalities in attendance.

Over welcome drinks and complimentary canapés, I chatted to members from Russia, Spain, Romania, Singapore, the UK, the US, and many more countries. Our conversations provided valuable and constructive feedback on InterNations Events and Activities in Helsinki – and around the world. I was especially happy to hear that the members I spoke with had often sought out InterNations Events in other cities as well, making new friends in Brussels, Dubai, London, or Munich on their travels.

As an official welcome, I gave a short speech to greet everyone I hadn’t had the chance to talk to in person and, of course, to thank Ludmila, Simo, and Jean Carlos for their wonderful work on behalf of the Helsinki expat community. Naturally, I couldn’t refrain from pointing out that InterNations is waiting to see our 1,000,000th member sign up soon. Perhaps it might even be an international friend invited by someone from our Helsinki Community. 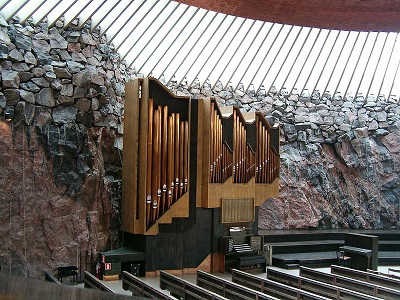 The event started unusually early, at 6:30 pm, since working hours on a Friday aren’t particularly late in Finland. However, lots of guests stayed until well after 11pm, when everyone flocked to the dance-floor, while you could see a huge moon rising over the cathedral nearby – a sight that I won’t forget any time soon.

On the next day, Ludmila was so kind as to show me Helsinki’s most famous sights. Our tour of the city center covered plenty of landmarks – from the distinct 19th-century architecture of Helsinki Central Station, over the unique design of the Church in the Rock, to the Kamppi Chapel of Silence on Narinkka Square. Ironically enough, the square in front of the chapel is a pretty popular place for anything but silent field hockey games.

When we finally came to Helsinki Cathedral – an elegant neo-classical building, topped by a widely recognizable green dome – there was a wedding going on. The Finnish groom was getting married to a Russian bride, and Ludmila told me that the number of Finnish-Russian couples living in Helsinki is ever increasing. Since we couldn’t walk around the cathedral, we strolled down to the harbor instead.

Though Helsinki has Finland’s busiest cargo port, I mainly spotted the many small passenger boats for tourists – as well as the big cruise-liners bound for Tallinn and Saint Petersburg, where lots of Helsinki residents like spending a week-end mini-break and often return with cheap vodka in their luggage. 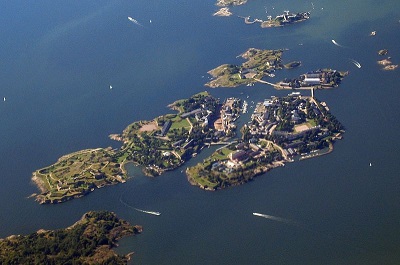 Speaking of alcohol: From the harbor, we walked along the waterfront promenade to Café Carusel, a popular outdoor venue, where Ludmila “ambushed” me with a very nice surprise gift – a bottle of sparkling wine from Russia. Thanks again for all the friendliness and hospitality!

Later that day, I still managed to squeeze in a visit to Suomenlinna, an inhabited island fortress in the Baltic Sea. The “Gibraltar of the North” is one of Helsinki’s favorite visitor attractions, both among tourists from abroad and among locals, who come here for picnicking and swimming. The water seems pretty cold, though, but maybe that’s just me.

On the ferry back to town, a group of au-pair girls informed me that they’d chosen to live and work in Helsinki because of its “awesome rock scene”. Well, you learn something new every day. I must admit that my knowledge of Finnish rock music is limited to HIM, the Leningrad Cowboys, and those weird guys who won the Eurovision Song Contest a couple of years ago… 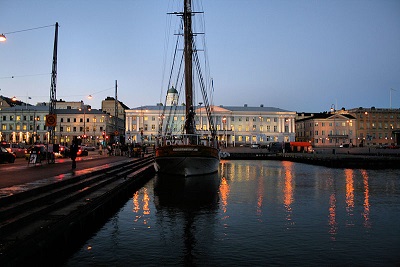 I did not get to explore Helsinki’s rock sub-culture during the remainder of my trip, but I did get to try reindeer and elk for dinner at a typically Finnish restaurant called “Lapi”. Afterwards, I headed out to “Teatteri”, a great restaurant/bar/club which stayed open until three o’clock in the morning. Then it was high time to get some sleep!

On Sunday, I did not do much, apart from sleeping in and then catching my flight back – again in near-perfect weather with blue skies and bright sunshine. I don’t know how I’d cope with Nordic winter nights, but I can definitely recommend Helsinki as a wonderful destination in summer.