Have you ever wanted to get a look behind the scenes of famous companies like Facebook or Google? InterNations founder and CEO Malte Zeeck recently toured the offices of these and other (former) start-ups in Silicon Valley. Read more about his trip below.

This May, I enjoyed an absolutely amazing opportunity to visit the United States, which allowed me to get great insights into the US start-up scene and its ties to Germany.

100 Internet entrepreneurs had been chosen by the Federal Ministry of Economics and Technology to join a delegation headed by Dr Philipp Rösler, the German Vice Chancellor and Minister of Economics and Technology, for a tour of Silicon Valley, as well as Washington DC. I feel very grateful and honored to have been part of this delegation, and I’d like to share my personal impressions of the international start-up spirit here.

Setting Out for San Francisco

I first met 50 other members of the delegation and the minister on the runway of the military airport in Berlin. Since we were traveling with a member of the federal government, we got to fly in the German equivalent to “Air Force One”, an A 340 plane that belongs to the VIP squadron of the German Armed Forces. During my university years, I actually used to work as a flight assistant to help finance my degree course, but this was an entirely new way of flying, even for me. 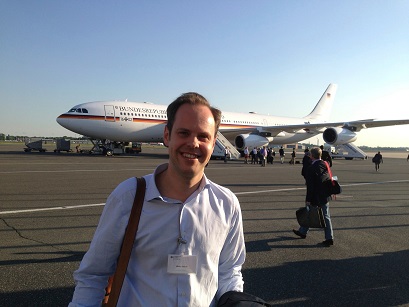 We started off our 12-hour flight to San Francisco with an onboard meeting, which included a lively discussion among us start-up entrepreneurs, and a personal briefing with Dr Rösler about the goals of this official trip. Then it was time for a snack and a nap, so we’d arrive in San Francisco well fed and well rested.

At the airport, we received a friendly welcome from the staff of the German Consulate General in San Francisco, who picked us up and provided us with a shuttle bus to our hotel. Again, I could get used to this way of traveling – we were allowed to skip the security checks and the queue at immigration control. So it didn’t take us long to reach our accommodation, the Intercontinental Mark Hopkins, famous for its splendid views of the Bay Area.

But we did not have much time to admire what we could see from our hotel rooms. Barely 15 minutes after arrival, we were on our way to a nearby loft (which also had a rooftop terrace with a lovely view, by the way). There we met up with 50 other businesspeople from the German start-up scene, who had not made it onto the government plane and had traveled to California on their own. 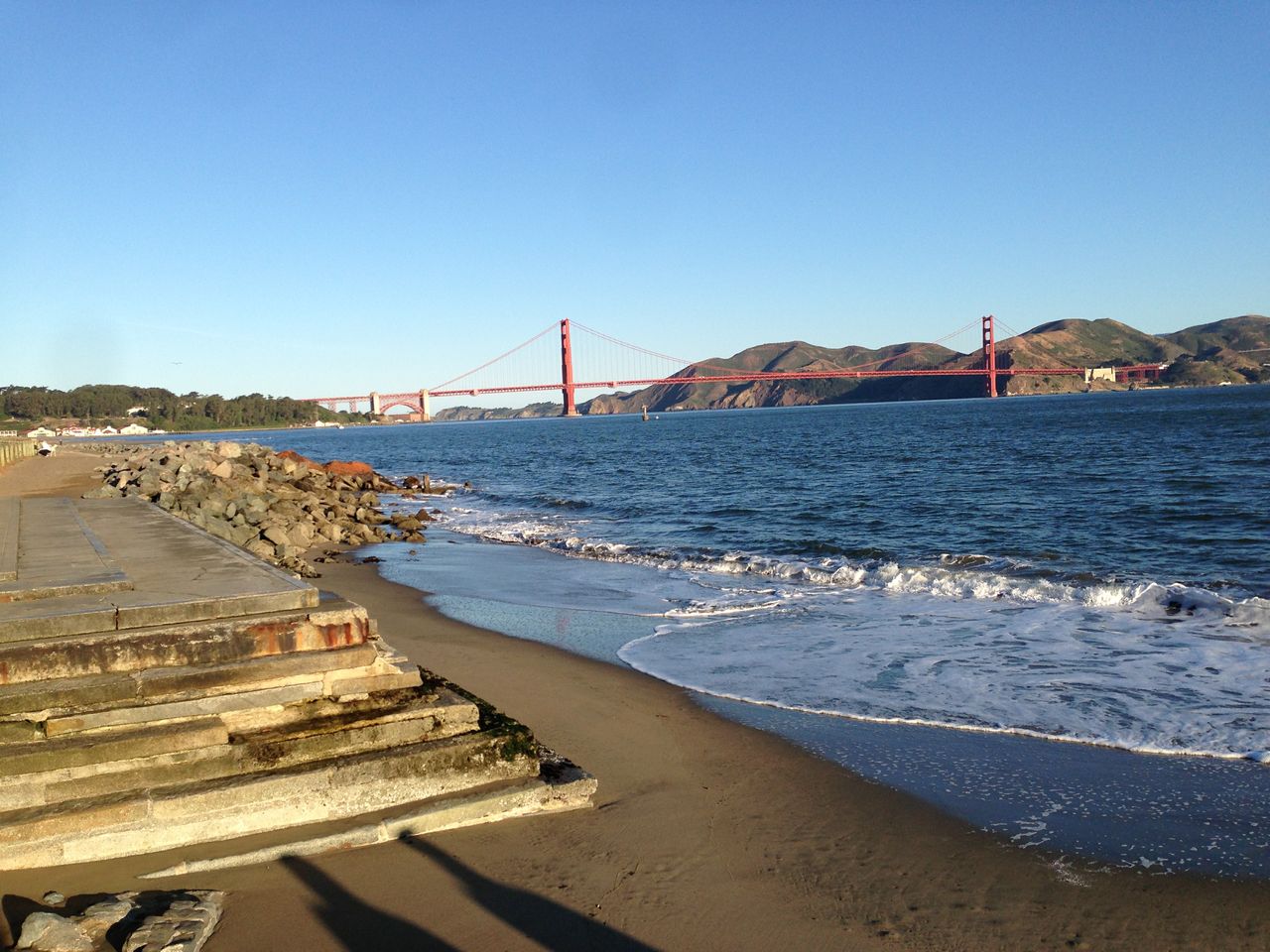 The minister – or Philipp, as we came to call him in the course of our journey – seemed to feel right at home among this young and dynamic crowd. After all, he’s the youngest Minister of Economics in German history and only celebrated his 40th birthday three months ago. After giving an official toast to an exciting and inspiring week in the US, he invited us for an early morning jog on the following day. As a government minister, he’s probably used to getting up early and preparing for a tough schedule that lies ahead.

A Glimpse of Google & Co.

Speaking of tough schedules: Our own program was rather tightly packed, so we could cram quite a few company visits into our day. 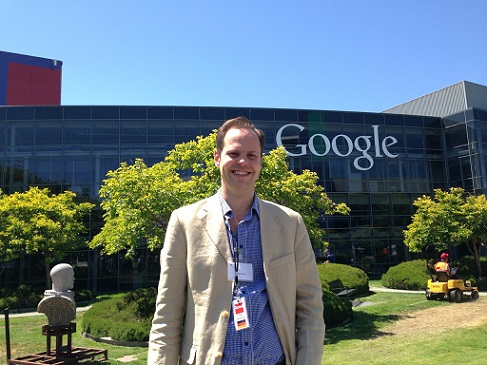 Our first glimpse at Silicon Valley was Good Technology, a company that produces mobile device management and security solutions. It made the headlines of TechCrunch back in April, when they raised another $50 million of VC funding. After listening to the official presentations by Dr Rösler, as well as Christy Wyatt (Good CEO) and John Herrema (Head of Product), we were whisked away to the next company.

This stop was arguably the one plenty of delegation members were most excited about: the huge, campus-like HQ of Google, Inc. in Mountain View. Although they now have over 50,000 employees worldwide, they are still trying to uphold the entrepreneurial ethos of a young start-up. During our tour of the Google campus, we were introduced to programs like the Lunar X Prize, which sponsors privately-organized science teams planning to build a moon robot, or futuristic visions such as the self-driving car or the Google Glass, an augmented reality display. Which we promptly vied to try out.

After such impressive demonstrations, we had lunch at the Google cafeteria, one of many on-campus restaurants with free catering for Google employees. There we met 25 German staff members, who told us a lot about their daily work at this mother of all start-ups. What I found really inspiring, personally, was the fact that Google founders Larry Page and Sergey Brin come to this very cafeteria every Friday, if possible, to answer questions from their employees. I thought it was very encouraging that even the millionaires of Silicon Valley are committed to openness and not losing touch with their workforce.

The afternoon, until late at night, was filled with more appointments at half a dozen other companies: 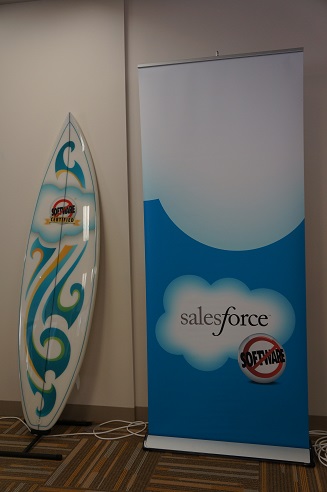 from Salesforce (cloud computing solutions for customer relations management), Voxer (smartphone apps), and Rocketspace (a start-up incubator) to Jawbone (Bluetooth headsets), Marin Software (digital marketing management), and GitHub (web hosting for open source development ) – our brains were almost crashing from information overload with so much input on their success stories, their products, and their corporate culture.

The bus rides in between the various head offices were a great opportunity for chatting and networking. We got to know new people from Germany’s various start-up businesses, and many of us were thinking about future collaborations. In the evening, we joined a reception at Mission Rock Resort, a seafood restaurant right on the waterfront of San Francisco Bay, where we mixed and mingled with Dr Rösler, German expats working in the Silicon Valley, and other members of the German community in the San Francisco area.

It was during the event at Mission Rock that I also got to meet two of the InterNations Ambassadors in San Francisco, Remy and Elsa.

These two are French expatriates, from Marseille and Montpellier respectively, who both settled in San Francisco within the last couple of years. Remy works in Silicon Valley, too, due to his background in electrical engineering, while Elsa has a lot of experience as a PR manager in the fashion industry under her belt.

After so much start-up shop talk, it was a welcome change to talk about the development of the InterNations SF Community for a while – it represents about 5,000 members in Northern California and is growing quite nicely. Unfortunately, Andreas, the third InterNations Ambassador, couldn’t make it that night. He’s actually a German expat working in the technical industry of the Bay Area and would have fit in right with this crowd.