Finally, spring is here! Well, at least for those living in the Northern Hemisphere. Theoretically speaking. When looking out the window at the InterNations office, I see an icy parking lot covered in snow. Unfortunately, the weather here in Munich didn’t get the memo that the astronomical equinox on March 21st marks the beginning of spring. The snow seems here to stay, though it’s already the week before Easter.

Speaking of Easter: regardless of the weather, around the globe millions of people are celebrating or preparing for various festivals associated with springtime. Which important religious and cultural festivities will be taking place from March to early May?

Last week did not only see the March equinox. 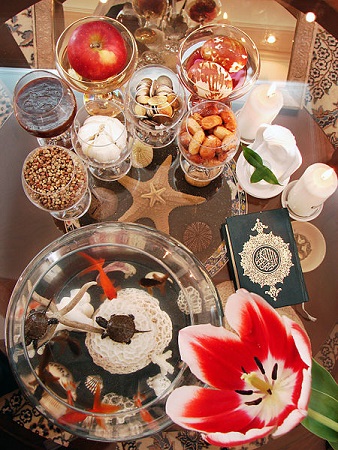 The date coincides with Nowruz, a spring festival of Persian origin that is about 3,000 years old. The name means ‘new day’ or ‘new light’, and Nowruz is thought to go back to ancient Indo-Iranian agricultural rites. However, over the millennia, it has become a significant part of Persian culture, as well as several faiths.

Today, Nowruz still designates the beginning of the year for countless people in Iran, Iraq, Afghanistan, the Caucasus region, Central Asia, large parts of Pakistan, and the Kurdish community in Turkey. The best-known custom associated with Nowruz is the traditional table setting called Haft Seen. When the family gathers to pray and/or celebrate, symbolic items and dishes are laid out to bring good fortune and blessings for the upcoming year, e.g. apples for beauty and health, garlic for medicine, and sweet pudding for wealth.

A highly symbolical table setting also plays a major part during Seder, the ritual feast that starts off the Jewish Passover (or Pesach) week. 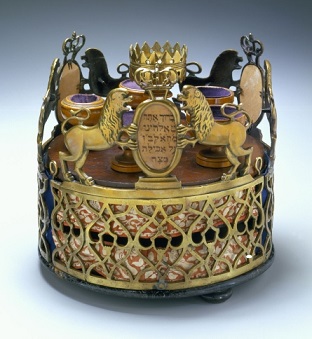 According to the Jewish lunar calendar, the seven or eight days of celebrations start on the 14th or 15th Nisan – which corresponds to the 25th or 26th March this year. Before that astronomical date was defined, Passover was set in a more seasonal rhythm during biblical times when the exact day depended on the ripening of grain in the fields.

The allegorical Seder plate, with such essential items as unleavened bread, bitter herbs, and a piece of sacrificial lamb, refers to the story of divine delivery from slavery in Egypt, as told in the Book of Exodus. Among observant Jews, the Passover meal has a highly structured schedule that involves a retelling of the biblical story, as well as instruction for the attending children.

Easter: Of Bells and Bunnies

According to Christian tradition, the origins of Easter are often connected to the Passover festival. 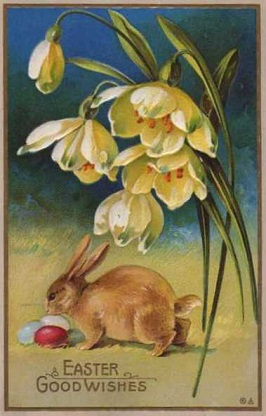 The Last Supper before the Crucifixion is said to have been a celebration of the Jewish Seder meal, though this explanation is not accepted by all scholars or Christian denominations. But it lives on in the word for ‘Easter’ in many languages, e.g. Pâques (French), Pascua (Spanish), or Påske (Danish), which derive from the Hebrew term Pesach.

Be that as it may, the Easter holidays – whose date varies according to a lunar calendar – commemorate the suffering and celebrate the resurrection of Christ. In Western Christianity, e.g. among Roman-Catholics, Lutherans, and Anglicans, Easter Sunday falls on March 31st this year. Of course, there are many folkloric and secular customs associated with Easter in various countries.

Decorated eggs are especially popular in Central and Eastern Europe, from Germany to Ukraine, and plenty of kids all over the world receive chocolate eggs and candy from the “Easter Bunny”. But did you know that in traditional French and Dutch lore, it’s the church bells that bring sweet gifts for Easter? Or that one of the most popular activities of the Easter season in Norway is Påskekrim – ‘Easter crime fiction’ – a variety of murder mysteries published in spring?

Holi: The Hindu Festival of Colors

Before a great part of the world is going to celebrate Easter this weekend, millions of celebrants in South Asia and the desi diaspora will enjoy Holi on Wednesday and Thursday. The Hindu spring festivities mark the end of the winter season in India and Nepal, as well as among the Hindu communities of Bangladesh and Pakistan. 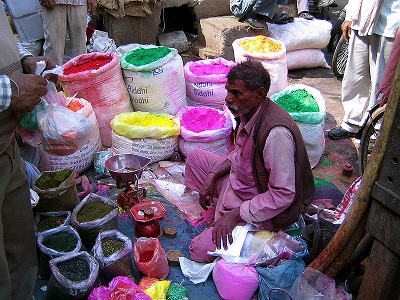 Holi is usually traced back to agricultural rites and/or to a Bengali festival in honor of the deity Krishna, an incarnation of Vishnu, one of the Supreme Gods in the pantheon. Moreover, Hindu mythology relates Holi to Vishnu’s protection of his devout follower Prahlada from the demon king Hiranyakashipu and his equally demonic sister Holika – hence the name.

Across the globe, however, Holi is probably best known as the “festival of colors”. While there are plenty of different regional Holi traditions, people splashing each other with powder and water in bright colors is a near-universal favorite. The colored powder is supposed to represent the abundant colors of a cheerful new season, while Holika Dahan bonfires are lit in remembrance of Vishnu’s victory over the forces of evil.

Others Dates in the Worldwide Festival Calendar

In mid-April then, around the 14th, other parts of South Asia and Southeast Asia usher in the Tamil and Sinhalese New Year, and Thailand witnesses the joyful water fights and traditional Buddha image processions of Songkran, their own New Year’s Day. The latter, in turn, is frequently linked to similar holidays in Cambodia, Laos, and Myanmar, where the year begins in the middle of April as well.

And once these festivals are barely over, it’ll be Easter all over again! Due to their adherence to the Julian calendar, the Eastern and Oriental Orthodox Churches, e.g. in Greece, Russia, and Ethopia, do not observe Easter until the 5th of May 2013…

Which of all these holidays, if any, do you celebrate? And what are your favorite related customs?