Our new guestblogger Polly, a US American expat living in Moscow, ponders on how a brief stint as an EFL teacher turned into her new life as a long-term expatriate. She blogs about her further adventures in Russia on pollyheath: a girl and her travels.

Making the decision to live abroad for any amount of time is a massive undertaking that requires bravery (and a little bit of insanity). What I didn’t consider when I moved to Moscow three years ago was that the initial decision was not so hard – figuring out how long to live abroad would be much more difficult.

Moving abroad for work is often a short-term commitment – something of a once-in-a-lifetime deal.

There is a steady ebb and flow to life abroad. In late summer, there is an influx of new foreigners and a subsequent rush of new relationships formed and experiences had. At the end of spring, there is the same rush in the opposite direction as tired adventure-seekers gratefully leave their contracts and head home. In a few months this cycle will inevitably repeat itself, all over the world.

Living as a short-term expat, relationships tend to be more intense. Not only do new arrivals crave companionship in a totally unfamiliar place (often with an unknown language), but because of limited time abroad, they want to wring as much out of their brief experience as possible. There is a sense of urgency that compels the once-in-a-lifetime expat.

But what happens if you don’t fit into this cycle? What if you continue to live abroad, and no longer feel any urgency? What if your once-in-a-lifetime experience turns into your life?

That’s what I’m experiencing now, though I hesitate to call myself a long-term expat. There are those with far more impressive expat resumes – ten, twenty years abroad. But Russia is as much my home as anywhere else, so it’s the best description I have.

It all started in 2010. Listless and jobless after university, I took a job with a large language school in Moscow as an EFL teacher. Initially I intended to stay in Moscow only for the duration of my contract, but somehow I just never left. I’ve had brief stints back in the United States, but for the last three years, Moscow has been my home. 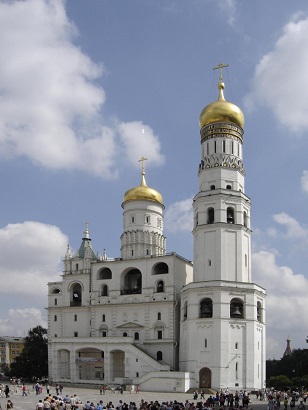 In some ways, I am firmly planted. When newcomers arrive to Moscow, I can show them the ropes: where to go out on the weekends, how to find private students for extra income, how to navigate the metro system. I can order the necessities from the local produkti (a small corner shop with all items behind the counter) with minimal hassle and direct taxi drivers to my home when they inevitably get lost.

However, in other ways, I feel just as lost and confused as I was when I first arrived. This city and its citizens never let me forget that I am not from here: when I get exasperated looks when I’m speaking Russian badly; how the cashiers frown as I smile and thank them excessively; when I confuse one grey Soviet apartment building for another…

There is a certainty of return for the once-in-a-lifetime expat that compensates for the difficulties you encounter in day-to-day life, but for a long-term expat there is no buffer between “life abroad” and “reality” to cushion the blows.

When I moved, I never thought Moscow would feel like home. I never thought I would still be here after three years. And I certainly never anticipated the strange sensation of feeling half at home and half aware that I’m not home at all. If someday I wake up feeling that Moscow is truly home, of course I’d be very happy. However I can try to be content now, just accepting that the life of a long-term expat is strange, uncomfortable, but never dull.

Have you had a similar experience? How did a short assignment abroad turn into something more permanent for you?