This week, our new guestblogger Leabiloe muses upon her need for reinvention during her years as an expat spouse. Leabiloe is a blogger and freelance writer, who writes about expat life, food, and books. Her blog AFRICAN wanderlust chronicles her musings on expat living. Originally from Lesotho, she has made South Africa her home; she has also lived in Ghana, and she is now living in France.

It was when I created my LinkedIn page earlier last year that the reality of it all hit me. Writer and editor? That was exactly what I have been doing for four years now. Did I start out wanting to be a writer? Of course. Doesn’t everyone? I have not yet met a single person that has not harboured dreams about writing, and yet their reasons for why they are not writing are endless: when I stop working… when my kids are grown… when I can find the time…

Similarly for me, writing was something I always thought I would do when the time was right.

A post-graduate economics degree later, a couple of years working as a research assistant, followed by my first year as a trailing spouse; subsequent years later as an analyst in an investment bank, a second expatriation, then a third, and here I was finally writing. I often look at my life and think: how did I get here? 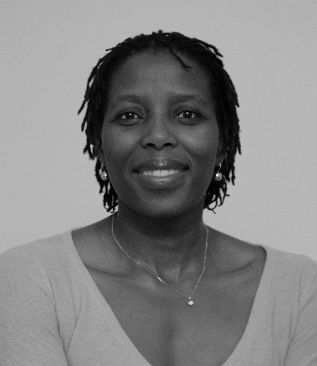 Perhaps my problem was that it was not put as eloquently as I would have liked, perhaps it sounded more like a sales pitch than words from the wise. In reality it was exactly the thing every trailing spouse needs to hear, and you need to hear it in the early years of being a trailing spouse before the disenchantment sets in.

Over my four years as a trailing spouse, I have been a volunteer; a member of an International Women’s Group that does charity work; I have tried my hand at being “a lady that lunches” – I did not enjoy that role too much; ultimately I have settled on writing. Writing is something I have always done, granted then it was economic reports and marketing documents rather than lifestyle writing and blogging. As it turns out I really do enjoy doing it – which is an added bonus.

I have, over the years, met a PhD graduate turned artist, a medical doctor turned volunteer, a concert pianist turned jewelry designer and creator, numerous marketing professionals turned NGO workers, a lawyer who sits on her daughters’ school board, and various other smart, educated, former professionals who are now living completely different lives.

When I hear people say that they gave up their careers and carved out entirely different lives for themselves as artists, writers, and photographers, I am envious.

My getting to this place would have been so much easier if I had simply accepted that my life as I knew and wanted it would change irrevocably; that it was best to seek professional fulfillment in other ways, in the earlier years. I would not have spent years longing for a career I had to give up. I would have made my five-year-plan about getting on with my life under the changed circumstances. I would have started writing sooner – more seriously. I would have taken online courses to improve my craft earlier.

Would I have marketed myself more as a writer? Without a doubt. I would not have abandoned my networking skills – not ever. I would have aggressively followed up more on those words uttered over morning coffees and evening cocktails: call me so we can talk, email me your profile – your ideas – your writing samples.

In short, I would have completely embraced the fact that reinvention was the key to me surviving living my years as a trailing spouse.