My latest trip took me to the Middle East: our previous Ambassador in the Beirut Community unfortunately did not have enough time anymore to host our get-togethers. So I wanted to look for a new Ambassador team at the January Event in the Lebanese capital.

Beirut is a four-hour flight from Frankfurt, and I arrived on the day of the event in the small hours of the morning. Luckily, as I landed at Beirut’s international airport at 2:30 am, the Hilton Habtoor Hotel – my accommodation and the venue for our gathering – was only a short taxi ride away.

A City of Stark Contrasts

Despite the short night, I was up bright and early to explore the city. I started out by taking a walk from the picturesque rock formation called Raouché, or Pigeon Rock, along the Corniche to downtown Beirut. 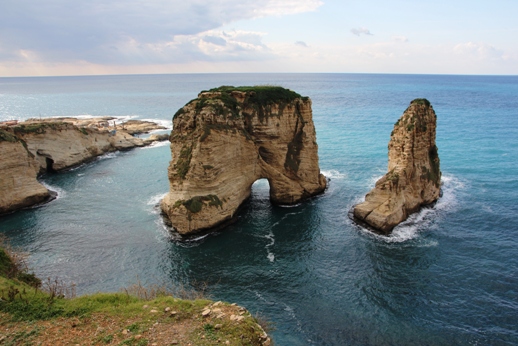 The cityscape left me with a strange first impression: streets and houses still bear visible scars left by the ravages of the Lebanese Civil War in the 1970s and 1980s, the Lebanon War 2006, and the recent unrest in the wake of the Syrian Civil War. Evidently, this capital has been through hard times – though I was to see Beirut’s carefree side later on.

The waterfront’s splendid view of the Mediterranean Sea and the snow-capped mountains stood in peaceful contrast to the hints at previous conflicts. Indeed, I learned that it had snowed in Beirut for the first time in about 50 years only a few days before. The capital’s well-to-do population can lounge in a beach club and go to a ski resort on the very same day.

Another of those stark contrasts that immediately draw a visitor’s attention: the idyllic St George Yacht Club, where I took my lunch break, is very close to the spot where Prime Minister Rafiq Al-Hariri was assassinated in 2005. 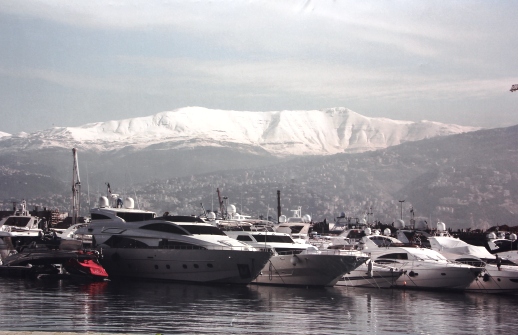 The business tycoon and Lebanese statesman died in an explosion which killed 23 people altogether, for instance, his personal bodyguards and another government minister. On my first day in Beirut, I got to see the tomb of Al-Hariri – a popular and much revered politician – and his guards, which were transformed into a memorial to the shocking event. The investigation into the violent attack is still ongoing, and no culprits have ever been officially named.

After that sobering visit to the prime minister’s gravesite, I returned to the more pleasant aspects of my brief stay in Beirut. The InterNations January Event was scheduled for 7 pm at the Up on the 31st Bar, a chic jazz lounge on the – you have guessed it – 31st floor of the Hilton. Unsurprisingly, the prime location afforded a wonderful panorama of the city.

We welcomed about 140 guests that night. In addition to expats from about 25 different nations, there were plenty of Lebanese “repatriates”, as well as many local residents of Beirut who still live abroad most of the time. Due to the violent conflicts in the recent past, lots of Lebanese citizens become expats by necessity as well as by inclination. The global-minded, trilingual cosmopolitans of the capital often seize an occasion to move abroad. 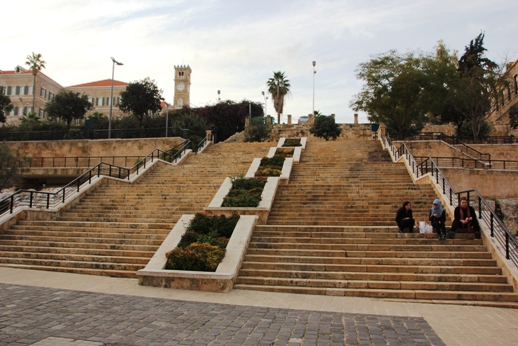 During the “official” part of the event, I gave a short speech to thank our former Ambassador Ritta for her wonderful job in bringing this community together. Ritta is a fitness expert and private coach, who returned to Lebanon after several stints in Paris and California. The passionate globe-trotter is definitely a great addition to the Beirut InterNations Community.

I also explained the role of the InterNations Ambassadors and their vital task of connecting expats and internationally minded locals. Later, I had the opportunity to chat with several interested members about the Ambassador position and simply meet plenty of people in person. The mood was very friendly, and I received a warm invitation to join some of the guests for bar-hopping and clubbing when our event drew to a close. But alas, I had to politely refuse as I really needed to catch up on sleep.

I did have yet another chance to spend more time with the sociable members of the Beirut Community. 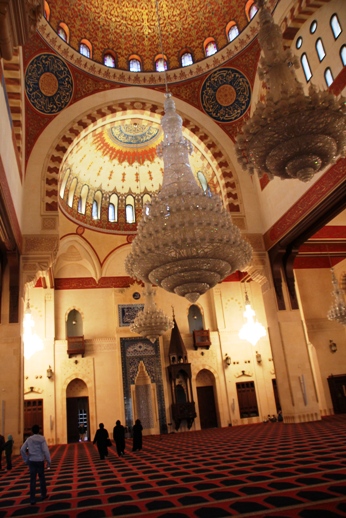 On the following day, I met up with several of them at a café in downtown Beirut, where they told me a lot about the country’s eventful and often troubled past. At Restaurant Ablad, I got to taste some delicious Lebanese specialties, and I even received two personal guided tours through selected parts of the city.

First, an InterNations member took me round the center, pointing out local sights such as the Lebanese Parliament Building, the Grand Serail (now the Government Palace), the 19th-century Ottoman Clocktower, and Martyr’s Square. Then I was shown around the Grand Al Omari Mosque and enjoyed dinner at a typical Lebanese shisha restaurant. To my great tour guides, a big thank you!

The night in Beirut belongs to Gemmayazeh: the formerly sleepy neighborhood in the eastern part of town has turned into the nightlife district, where every night is party night! 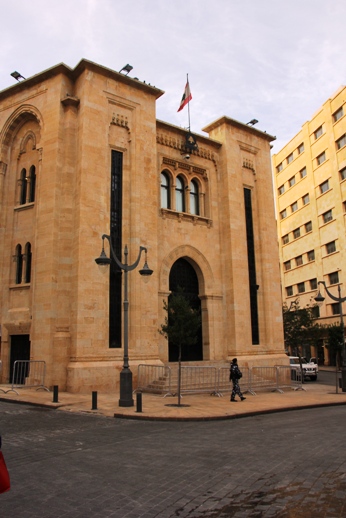 I began my ramble through the hip bars and restaurants at Centrale, one of Beirut’s trendiest eateries. The architectural highlight of the venue isn’t so much the bistro downstairs, but rather the bar area on the upper level. It’s located in a sort of steel-and-glass tube, and its roof can be opened to expose a breath-taking view of the skyline.

From Centrale, I went on the Beirut Music Hall, a former cinema which hosts a cabaret-style musical theater and Lebanon’s best-known venue for live gigs. In the course of one evening, I saw a variety of international live acts perform for about 30 minutes each – singers, bands, belly dancers, and more. In between, the resident DJ kept the crowd happy, and soon the audience was climbing onto the tables to dance.

After the Music Hall’s terrific atmosphere, I decided to also explore the BO18, even though it was almost four o’clock in the morning. The BO18 is a legendary club located in a refurbished warehouse in one of Beirut’s industrial areas. It’s the kind of venue where bouncers search you for drugs and a thronging crowd of young night owls dances to loud techno beats.

Suddenly, the experience made me feel sort of old and tired – nothing like a bunch of hyperactive twenty-year-olds to do that to a weary traveler in his mid-thirties 🙂 – and I was thinking about going back to the hotel. Then, however, the roof opened, and the party-goers were dancing under the open sky, in the grey and golden dawn light over Beirut: a very impressive ending to my brief stay.

On the following (or, rather, the same!) morning, I had to go back to Germany already. I hope I will have another opportunity to visit the Lebanese capital, preferably in summer…