Plenty of cities around the world style themselves „Venice“, and I have seen quite a few of them: for instance, Amsterdam with its grachtengordel (town canals) and Dutch Golden Age architecture is called the “Venice of the North”. Saint Petersburg along the Neva proudly lays claim to the title “Venice of Russia”, and the khlong that crisscross the city of Bangkok have earned Thailand’s capital the nickname “Venice of the East”. 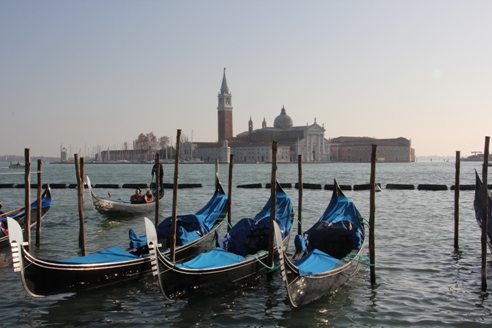 However, though all these places are endlessly fascinating in their own right, none of them can actually compete with the Venice, the original city of canals, La Serenissima.

When I went there in late November to visit the monthly InterNations Venice Event, I was not prepared to be quite that impressed by its beauty. After all, Venice has served as a picturesque motif for countless paintings, posters, and picture postcards, or as a romantic backdrop for numerous movies. But when I actually got there, experiencing the local ambience made a world of difference. Even public transport suddenly became interesting: from the airplane, I had a splendid bird’s eye view of the Venice Lagoon and its myriad little islands. Then, to get to my hotel, I boarded a vaporetto; on the way, I was able to admire lots of ornate facades on the waterfront.

The InterNations Event was scheduled for Saturday night, but I had set out for Italy one day earlier. I could hardly pay a visit to Venice without taking some time for sightseeing, could I? 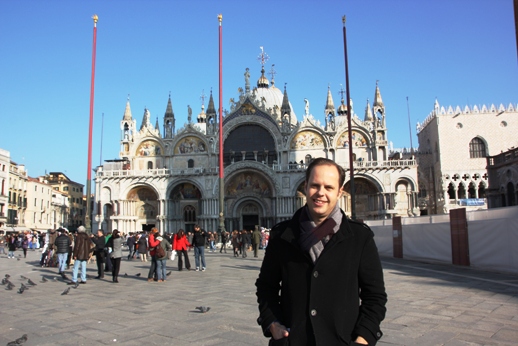 I definitely had no reason to regret this decision. After spending the night at Palazzo Abadessa, right next to the Canal Grande (in Venice, even the hotels have history and romance), I took the day off to explore the city.

Although November often brings cool days, fog, and lots of rain, I was lucky. The weather was splendid, though obviously no longer summery, and I squeezed in the tourist highlights in less than 12 hours. My sightseeing marathon – Canal Grande, Lido, Saint Mark’s Square, the 13th International Architecture Biennale – was only interrupted for lunch with our charming InterNations Ambassadors Francesca and Miriam, in a restaurant close to the Rialto Bridge.

Francesca and Miriam built our Venice Community from scratch, so to speak, and it was a pleasure to finally meet them in person and thank them for their commitment. They are both Italians with expat experience of their own and a global mindset. They are working for the same international communications and media company in Venice, but they have lived abroad before: Francesca spent some time in Austria and the United States while Miriam used to live in England and Ireland. Now they indulge in their love of an international lifestyle via their job, travelling and, of course, InterNations. They have really done a lot for the local expat community: Venice proper has about 7,500 foreign residents, so there’s still quite a bit of growth potential for our Local Community with currently 300 members. 🙂

Miriam and Francesca organized a great community get-together on Saturday, which took at Tarnowska’s America Bar, right around the corner from Saint Mark’s Square. 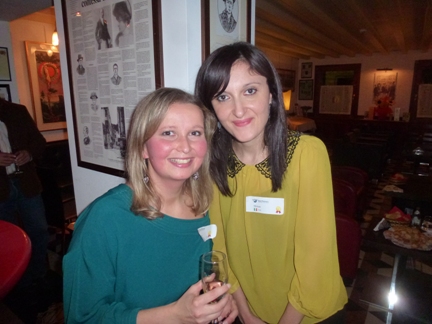 The setting was suitably elegant, the choice of appetizers delicious, and the atmosphere very relaxed. As I have mentioned above, our Venice Community is still small, which makes the gatherings fairly cozy and tight-knit. I met about thirty members from various countries, especially Australia, Germany, Italy, South Africa, and the US. When our apero was over, around 10 pm, we threw ourselves into the Venetian nightlife – which has unfortunately become somewhat staid and quiet over the years. Apparently, the younger population can’t afford the cost of living in the historical parts of town anymore. Venice is therefore less lively outside the tourist season than it used to be.

At least, I didn’t have an all-night party and thus had enough energy left for more of Venice’s tourist attractions. Not only did I climb all the way to the top of the 100 meter-high campanile, to enjoy a panorama of the cityscape, but I also joined a tour of the Doge’s Palace, with its state apartments, famous artworks, and infamous prison cells. After those two days of sightseeing, I felt that I’d barely scratched the surface of Venice’s historical and cultural heritage. I’ll make sure to come again and discover more of Venice, and I can only recommend everyone to do the same!