This week, guestblogger David Dell extols the virtues of expat life in his new home: Volcan in Panama. Originally from Wales, David moved there in 2005, together with his Dutch wife Lydia, and they have no desire to leave Panama ever again. Why? Read for yourself below.

In Panama’s westernmost province of Chiriquí, you will find many people of European descent. These aren’t recent economic migrants: many of the French, Germans and Swiss people living here are third generation.

It would be true to say that Europeans founded Chiriquí’s two principal mountain towns of Volcan and Boquete. 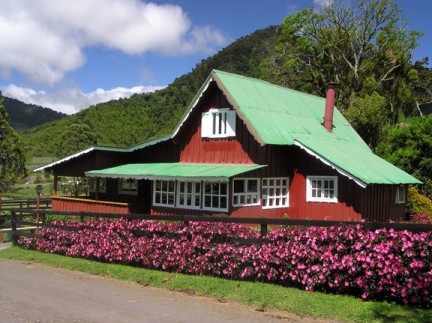 To underline this, I recall a comment by a local Swiss-born resident who has spent almost his entire life in these mountains. Werner Senn told me that when he was a child in the early 1940s, there were only two languages spoken in his father’s post office: English and German. The early settlers were Americans and some French immigrants.

In the 1940s two Yugoslavian carpenters who were escaping the war in Europe came here to build houses for a Frenchman, Luis Martins. The Fistoniches never left. They felt at the time that they had discovered a part of Europe in Panama. The fresh spring climate, the verdant green hills, and especially the fertile soil made them decide to settle in Chiriqui’s “Shangri-La Valley” forever. Today, they form part of the growers who supply almost 90% of Panama’s vegetables. 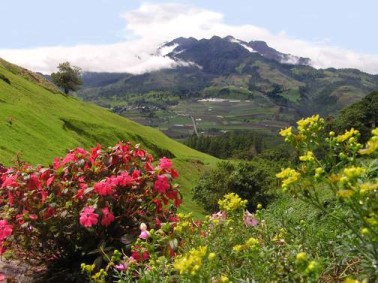 The area around Cerro Punta and Guadalupe is strikingly beautiful because the backdrop is Panama’s highest mountain, the 11,400-foot Baru Volcano.

So why do so many Europeans decide to settle and retire in Chiriquí? My Dutch-born wife and I share something with many expats here: we were sick and tired of the miserable weather in Europe. “Eternal spring” is the term most often used to describe the climate here – that is true! The temperatures rarely fall below 16°C and the daytime highs average around 29°C.

What about the Panamanian people? What are they like? They have a simple and old-fashioned outlook on life. Many don’t have great ambitions for wealth and status; basically they have learned to live each day as it comes. One aspect you will notice if you come to live here is the politeness of the local people. Unlike many Americans, Canadians and Brits, they do not walk down the street obsessed with whatever text message is on their cell phones. They are not oblivious to the sounds of the natural world, with their ears clogged up with an Mp3 player. They will smile and greet you when they meet you or pass you by on the street. Handshakes, as a greeting, are obligatory. The fact that you might be visibly from another culture makes no difference to them.

Panama is a land of surprises. When you drive though Panama City, chances are your jaw will drop at the unexpected sight of so many ultramodern hi-rise buildings. 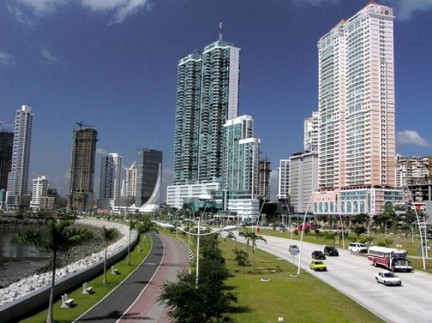 There is a wonderful restoration taking place in the old colonial parts of the city, with almost Parisian-style squares and outdoor restaurants.

How affordable is it to live in Panama? I have several friends who spend less than $600 a month on groceries. Yes, if you eat out at the many new European-style restaurants, you will find that budget hard to maintain, but let me end with this small anecdote. My wife Lydia just bought two bags full of fruit and vegetables. She said she almost felt embarrassed when all she had to pay was less than $4.00 (€2.90).

If you find the weather in Europe is getting you down and the Euros in your pocket are buying less and less, perhaps it’s time for a change. Perhaps it’s time to follow the footsteps of many other Europeans. There is a little part of Europe waiting for you high in mountains of western Panama. It has wonderful weather, warm, friendly people, and you might just feel that you have never left home.