Let’s be honest, most of us lead a pretty privileged life! Whether we are expats, repats, global nomads or international business people, almost all of us have one thing in common: We chose this life style; we decided to try our luck in a country that’s not strictly speaking our home. Some of us will have known emotional hardships or financial dire straits along the way, we all miss our friends and family, at times we may feel displaced – but we are here out of our own free will. 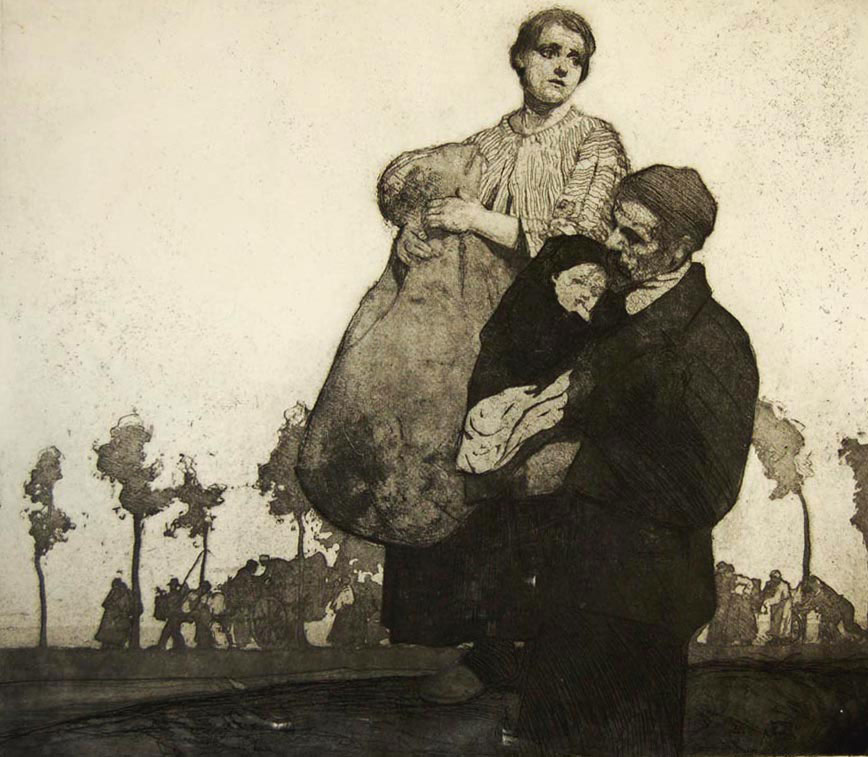 And that’s essentially what distinguishes expats from another group of people who live outside their country of origin: refugees. Worldwide, there are around 50 million people who had to leave their homes and families behind because of war, religious discrimination, political prosecution, famines, natural catastrophes and other circumstances beyond their control.

At InterNations, we have now started an initiative which enables us to help refugees and other less privileged people around the world: The InterNations Charity Groups. They are a long cherished idea of mine; because I truly believe that if we succeed in mobilizing the combined efforts of more than half a million InterNations members worldwide, we can make a difference! InterNations unites people from all over the world who mostly enjoy a good education, an interesting job, and an international life style. It would be a shame if we couldn’t release some of the potential that such a grouping of people has to make a real impact on the lives of less fortunate people around us. 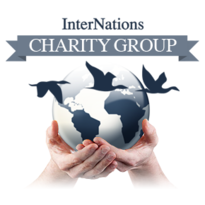 The InterNations Charity Groups provide the infrastructure for our members to do just that! We want to encourage our members to get involved in local charity projects in their community. I believe that very often, people would like to do volunteering or take part in charity work, but they don’t have the time or the initiative to organize something themselves. With the InterNations Charity Groups, all it takes is one committed person to make a start, and then you’ve got the encouragement and the support of the whole group to keep you going.

My vision is to have one Charity Group in every single InterNations Community around the world. At the moment, that would mean over 300 charity projects which we could support – just by giving a little fraction of our time. We can make this happen – with your help and support!

And this is how it works:

The pilot for the new InterNations Charity Groups was brought to life in Munich in May 2012. Having done some research among existing charity organizations and projects based in Munich, we were very impressed by the work of Caritas in some of Munich’s homes for asylum seekers. As a community for people who live abroad, it seemed very natural for us to support a charity project for refugees, so we decided to team up with Caritas and get involved!

And this is what happened so far:

The first meeting of the InterNations Munich Charity Group took place in May, when 30 members and two representatives from Caritas met up in our offices for an information evening where we introduced the project and discussed our future involvement. 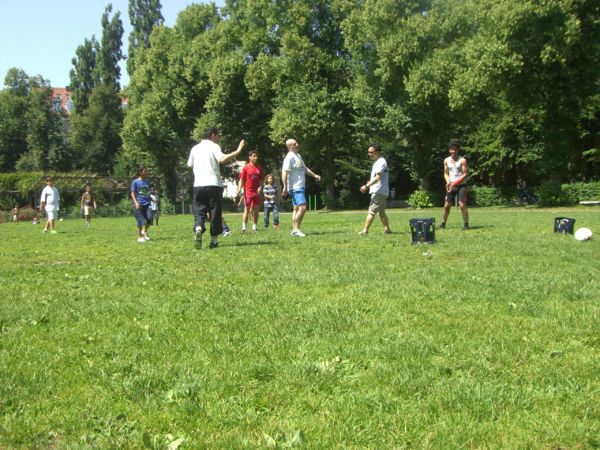 The upshot of this introductory meeting was a visit to the home for asylum seekers in Munich’s Pariser Straße 24, to meet the inhabitants and get an idea of people’s lives there. As attendance numbers were unexpectedly high, we organized a second visit a week later, which was promptly followed by the first real Charity Group Activity: a BBQ and picnic by the river! On this occasion, 30 children and adults from various countries living in the home for asylum seekers on Pariser Straße joined 20 InterNations members for a day full of grilling, eating and outdoors fun at Munich’s most popular BBQ spot. And because it was all so much fun, we met up again two weeks later for an afternoon of football and volleyball!

All events were very joyful experiences, combining the usual fun aspect of InterNations events and activities with something more rewarding than pure socializing! We are looking forward to a lot more activities in the future, such as language tutoring groups for German and English, swimming and cycling lessons, helping the children with their homework, and one-on-one assistance in their dealings with local and public authorities. With nearly 300 members from 50 different nationalities, the InterNations Munich Charity Group definitely has the potential to bring about some positive change in the lives of those in Pariser Straße 24.

If you would like to get involved, please do get in touch with Sandra, our Charity Groups Manager, at charity[at]internations.org. We also welcome suggestions for charity organizations or projects in your city which you think we should support. Please note that our Charity Groups initiative is by no means limited to refugee charities: the main criteria for setting up an InterNations Charity Group is that our partner is a reputable organization.