We interviewed Justine, originally from Montréal, Canada, who is now living in Lyon, and tells us how her initial expectations of life in France were completely up the wrong alley.

Tell us a bit about yourself: How did you end up in Lyon? Was there any culture shock being a French-Canadian and going to France?

I love travelling and learning about different cultures, and I decided that I wanted to move abroad. The problem is that I am really bad at foreign languages for some reason, so my options were kind of limited in terms of countries where I could find work and speak the language. I chose France because of (a) the language and (b) I’ve travelled there quite often and grew to love it. When I found the job posting for my current job I immediately applied and was quite happy to have gotten the position! It was not only a pay increase from what I earned in Montréal, but also more challenging and with more responsibilities! 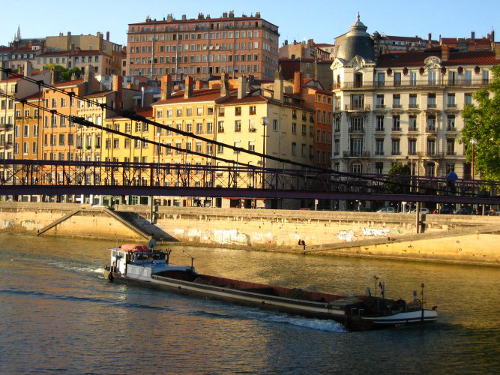 And yes, surprisingly I received a huge culture shock! Everything was so different, funnily enough even the language! I never noticed that people couldn’t understand me when I was on holiday in France. Lyon was so different from Montréal, there were different shops and the people dressed differently, it was so much more formal than I expected. People did different things in their free time, the food was of course different – they didn’t even know what poutine was!

So you are saying you had a completely different idea of what living in France would be like?

Unfortunately, yes! I thought I was taking the easy way out by moving to a country which spoke my native language. Most of my friends wouldn’t even consider it ‘expatriating’ since to them it was cheating! But it truly isn’t. I guess what I didn’t consider was that despite the fact that the language has the same root, the culture is completely different.

In other words you feel you were unprepared for going to Lyon?

Yes, I think that would sum it up! Or rather, unprepared for France in general.

What do you think would have made it easier for you? What would you recommend someone in your situation to do? 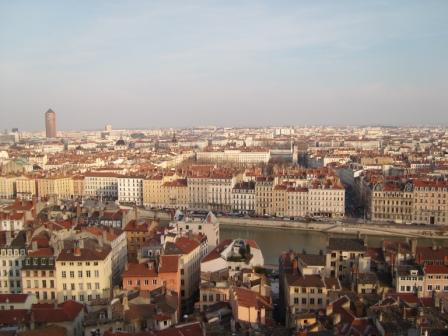 Well, I suppose taking into account that I was not moving from one part of Quebec to the other would have been a good start! (laughs) But to be completely fair, I should have read up on the country and some of its traditions. Expats moving to abroad to a country with the same native language, should be aware that language – although important – is definitely not what makes a culture what it is! I learned this the hard way! Basically I just thought life in Lyon would be similar to Montréal, only on a different continent. It’s amazing how some of the things you take for granted and don’t really consider as being “typically Canadian”, are completely not the case in France!

I see, so you are saying that there are some core differences between the French-Canadians and the French?

Yes. France is a lovely country and once you get to know the French, they are very warm and welcoming. At the beginning it is difficult to find your niche, something my expat friends had no problems with in Montréal. We French-Canadians are very open and – some may consider this to be superficial – communicative, we talk to almost everyone. Whereas in France I sometimes got the vibe that the French were a bit arrogant, they had the “if I don’t know you I won’t talk to you” mentality, which to me seems rather childish…

Now that you’ve been living in France for a while, would you say that you have settled in and feel at home there?

Oh absolutely! I have made many very good friends, and although I am still sometimes taken aback by the slight arrogance of some French people, I feel utterly comfortable here! I am certainly not planning on going back to Montréal any time soon! I especially don’t miss the winters!!!