Celine from France has decided to quit her job in Paris and work for a non-profit organization in Kyrgyzstan. The radical change from a vibrant metropolitan city to a small rural area was a lot for Celine to handle, and she tells us some of the hardships she endured in the beginning and the epiphanies she had.

It was kind of one of those decisions you make after a really stressful time at work and home. I will admit, I wasn’t the youngest anymore and my friends and family thought it a bit irresponsible and irrational of me to come to this decision. Yet the truth is that I had always wanted to work for a non-profit organization ever since I was in school, yet somehow I followed in my parents’ footsteps and became career-obsessed. 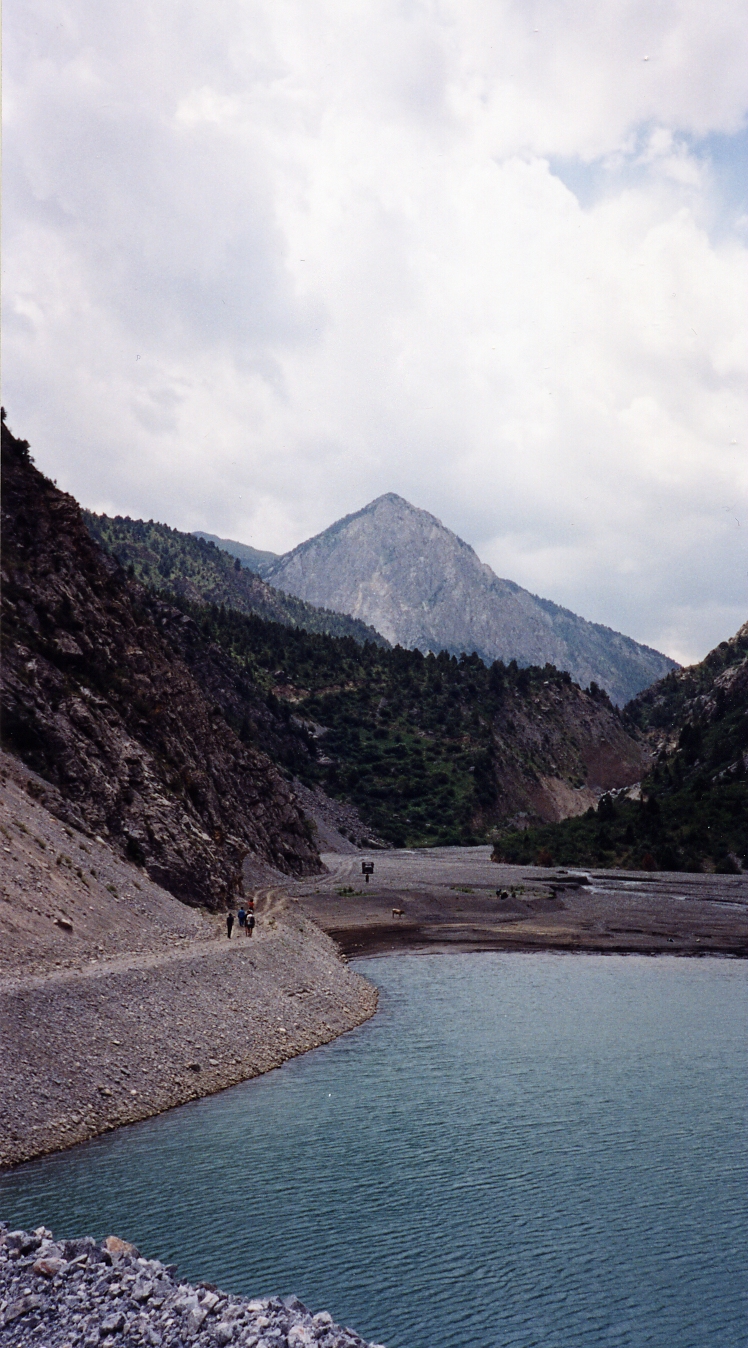 After filling out all the paperwork and booking my plane ticket and finally taking the last steps of finding someone to rent my apartment to in Paris and then packing up my own stuff, I began to get nervous. I didn’t really know anything about Kyrgyzstan, aside from what I read in the brochures. I knew that the weather was relatively cold, that poverty was not uncommon, and that my Parisian haut couture clothing as well as my aperitif habits would have to stay in France, and sadly, that was it.

My job was to teach French and drawing at a girls’ school in a small village, which, with a population of almost 350 was considered a larger town. The school, which was going to educate 50 girls, was the only one for several hundred kilometers, thus a lot of my students would be coming from different villages around the one I was going to be living in. 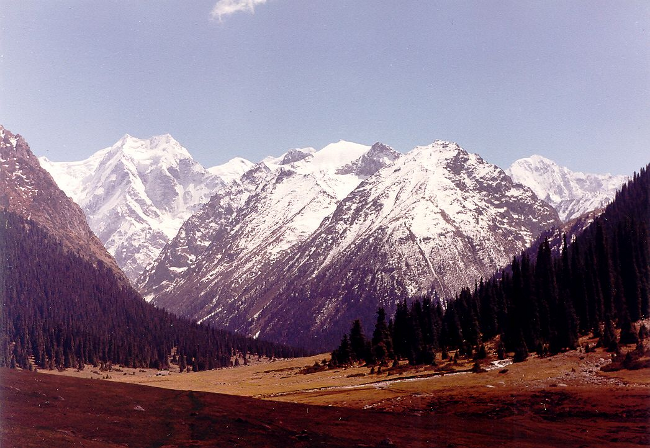 When I arrived in Kyrgyzstan it was September and it was already gray and cold. My new home was a small room with an even smaller bathroom and a tiny built-in kitchenette, which I rented from the brother of the school’s headmistress and his wife. The couple is in their seventies and as they have no children, they fill up the empty rooms by renting them out to foreign teachers or other NGO workers. 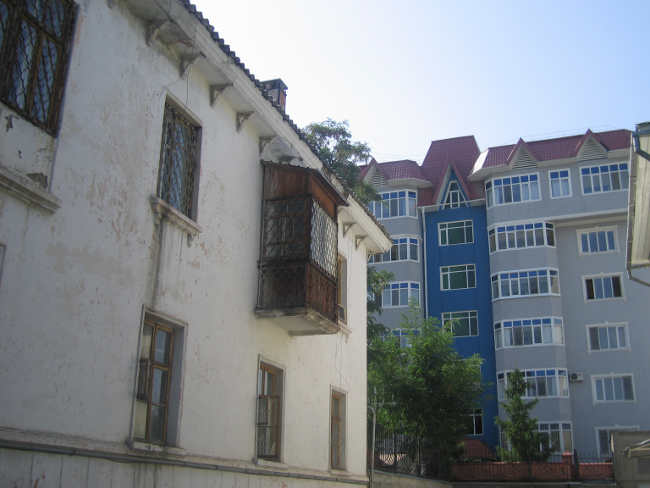 I hadn’t expected exquisite décor, but somehow the desolation of that room and its bare walls was too much for me after the flight, the long train ride and then bus ride, and saying goodbye to my family and friends, so I had a minor meltdown. Surprisingly my new landlady, who although she seemed quite gruff at the beginning, came upstairs after she heard me crying and brought me a bowl of soup. Although there was no hugging or hand-patting – let alone any words since I neither spoke Kyrgyz nor she French or English – her presence comforted me.

It was incredibly hard for me to get accustomed not only to the weather, which made my skin go coarse and my eyes water permanently, but life in this village was so different from anything I have ever experienced before. Speaking to some of the other expats also living and working here, I realized that I was not alone in the emotions I was going through, and also that they would not disappear as quickly as I perhaps wished them to. 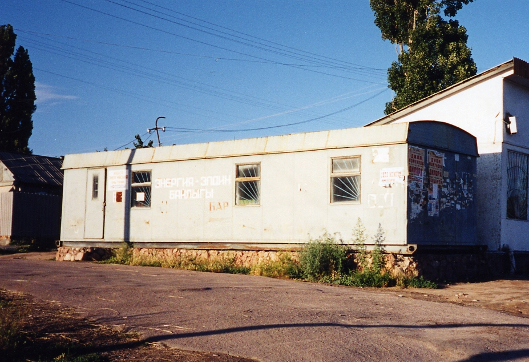 Teaching at the school was the best thing about my day. Although the girls were difficult to reach in the beginning, they soon realized that it was OK to make mistakes and that some mistakes would continuously occur and eventually became jokes among us. My girls truly soaked up everything I had to tell them, not only about the French language, but about my life in Paris and my prior career, my ex husband, etc. The bizarre thing however was that they never seemed to envy my ‘glamorous’ lifestyle in Paris, or the vacations I took to the Caribbean and other exotic destinations with my ex-husband – it was almost as if they were listening to a fairy tale. 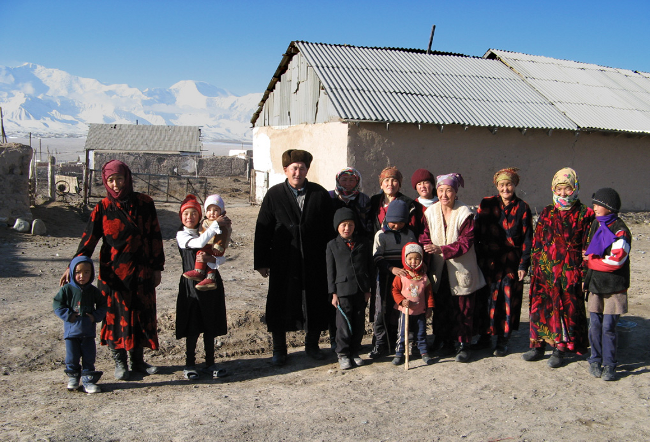 My first winter in Kyrgyzstan was simultaneously one of the most difficult and wonderful times in my entire life. Difficult because of the weather and the gloominess I sensed, but wonderful because I finally gained the girls’ trust and was able to discover a part of myself I never knew existed. It is amazing how arrogant some of us westernized people become. We think that just because we have cars, and running water and flat screen TVs, we have the right to impose our views on others. Yet in that one winter I learned more from my young teenage students than everything I learned in all my years confined to an education system or a social system telling us that the best way is up.
I have only been in Kyrgyzstan for a year now but I plan on staying for many more. There are dozens of things I need to learn about myself, and which better place to do so than in a society in which people are just themselves and don’t feel the need to pretend to be something they are not?