Leticia from San Francisco moved to Mumbai, India for a year to help get her social work project started at a local school. She tells us about her experience with the Indian public transportation system, more specifically the suburban trains. 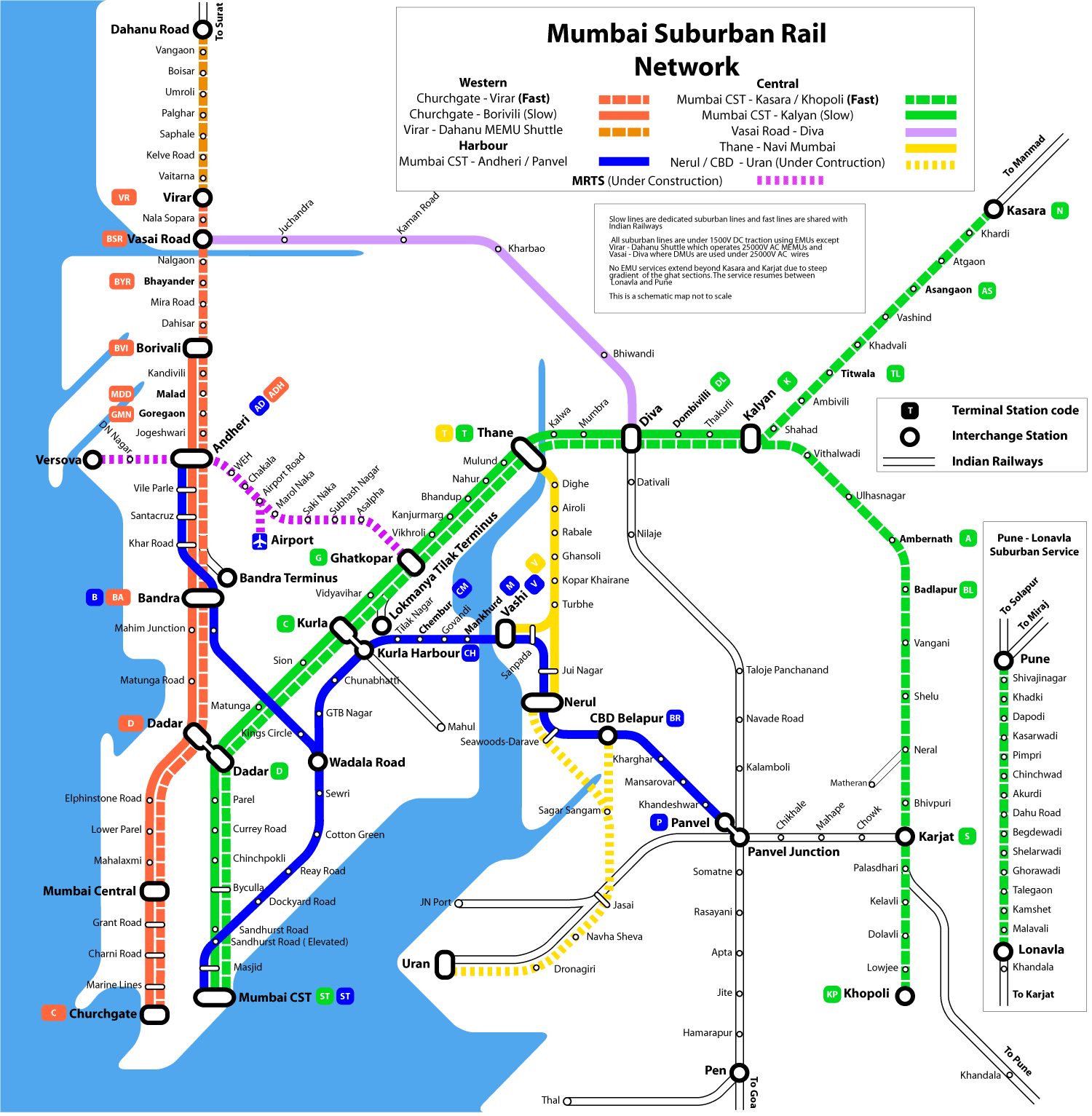 I live in Thane, which calls for a 35 – 45 minute ride with the local train into Mumbai, where I work. So I am basically stuck on a ridiculously overcrowded hot smelly train every day. The irony is that Mumbai actually has quite a decent public transportation system, all things considered. You have the option of taking trains, buses, auto rickshaws, etc.; the problem with the system is just the congestion of the city itself. Since Mumbai is such a packed city, with bikes, people, vehicles and the occasional cow blocking roadways, most trains, trolleys and buses cannot possibly leave/arrive on time.

I remember one morning, on my way to the school, I almost didn’t make it onto the train. As I had just placed my foot on the boarding step of the train car, a relatively big-boned woman stuck her arm in front of me and pushed me out of the way and grabbed a hold of another of the women on the train and heaved herself up. I was so flabbergasted, and since the train had already started moving (this is completely normal, trains don’t wait until all passengers are on board and since many trains don’t even have doors, the agile can run alongside the slow-moving train and hop on), I already decided I would be late for work, when exactly the same woman who had shoved me out of the way minutes before stuck out her hand at me and yelled something my way. Two other women did the same, and I grabbed their hands and they yanked me up onto the step. I was on the train!

This is completely normal; it often happens that the same woman who pushes you out of the way then offer you help once they are either on/off the train themselves. This left me wondering if the men’s train compartments were as ‘social’ as the women’s. Train compartments are divided between men and women, and there are rarely mixed ones. This is probably a good thing, because I’d rather have a woman pressed skintight against me than a random guy…

Forty-five minutes later I was viciously shoved off the train and onto the platform. I was soaking wet and had the urging desire to take a scalding hot shower! I mean, we have the cable cars in San Francisco, but this was crazy! The train compartment was overfilled when I was yanked on and there were several stops along the way before I was shoved off! It always amazes me to see how many people can actually crowd onto a surface area which has the appearance of being relatively small.

Although it is most difficult to get on/off trains during rush hour at 7am and then 5pm and one gets the feeling all of India, not just Mumbai, is trying to get into the exact same car as you, I surprisingly got quite good at boarding and disembarking trains. I would safely assume I can find a spot of empty space in any crowded public transportation vehicle in the world!