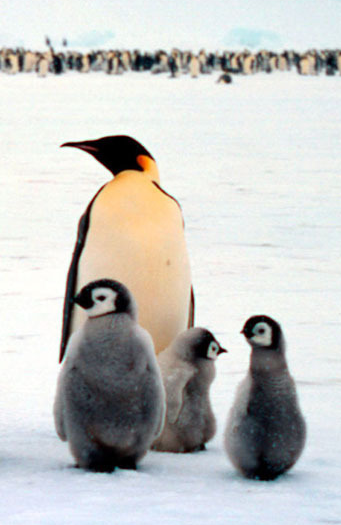 I interviewed Johann from Berlin who has made the decision to follow his wife to Buenos Aires and become a stay-at-home dad to their 6 year old twins, Lucas and Leopold. He tells me about some of the hardships of taking on this domestic role in a patriarchal society.

Valentina: Johann, how did you react when you found out that you would be moving away from Berlin, even Germany?

Johann: Well, at first we were excited at the prospect of moving to a foreign country. Sybil’s company was sending her to Buenos Aires for a minimum of 3 years to manage a project there and the increase in her paycheck was a welcome change!
The actual shock for me came when we found out that I wouldn’t be able to work there. The bank I worked for back in Berlin did not have any connections in Buenos Aires, and getting a work permit somehow didn’t seem too viable.

Valentina: So how did you decide to be a stay-at-home dad? I mean that must have been quite difficult in such a patriarchal society as Latin America, where it’s usually the woman who takes care of the children…

Johann: Absolutely. It definitely wasn’t easy for me, especially because the boys were so young and Sybil and I both worked full-time in Berlin and the kids were in daycare, I wasn’t sure I would be able to handle that. To be honest I didn’t really think about how my being a stay-at-home dad would come across in Buenos Aires, I was more concerned about how I would be able to deal with myself.

Valentina: How do you mean?

Johann: Like I said, we both worked full-time and only saw the kids in the evenings and on weekends, which is quite different from 24 hours a day! But that was actually also the reason why I decided to do it. I mean I consider myself lucky to see my boys grow up.

Valentina: I can imagine! So how is it to actually be in Buenos Aires? Meet with any difficulties concerning cultural differences in the beginning – or even still now?

Johann (laughs): Oh quite a few! When I go grocery shopping with the boys after school I get a few stares from men now and then. And even after two years of living here, the teachers and other mothers still look at me skeptically when I drop the boys off at school. Don’t get me wrong, they are quite supportive, but it’s not something they are used to at all – men go to work and bring in the money, women take care of the children, or work.

Johann: Well I do recall a birthday party of one of the boys’ classmates towards the beginning of our arrival in Buenos Aires. First of all, the invitation was addressed to my wife, “la madre de Lucas y Leo”, and when I showed up to drop them off with my slightly oddly wrapped gift, there was a murmur of confusion among the other moms in the driveway. I decided to stick around for a bit because Lucas was not in the mood to mingle, and the lady of the house showed me into the kitchen where the empleadas (maids/nannies) were preparing snacks. I was a bit confused because all the other moms were in the living room or backyard, so I went back outside and the woman of the house looked kind of piqued. Turns out that as most women who were there had never seen me before, it was generally assumed we were incredibly wealthy and I was the chauffeur. Another mother with whom I’d briefly chatted once after school told the mother of the birthday boy that I am in fact the boys’ father, not their male nanny. This caused more confusion and nervous laughter! I was highly amused I must say!

Valentina: Oh no! How did it all turn out?

Johann: It was OK in the end, the lady of the house apologized and we still have a laugh about it when we see each other at school. It took everyone a while to get used to the idea of me being a stay-at-home dad, but since I also had to adjust it wasn’t that difficult!

Valentina: So is it safe to assume you are happy in your new role in life?

Johann: Oh yes! The only thing I sometimes wish for is a small support network of other stay-at-home dads. I mean it’s not my favorite past time to go shopping with a bunch of ladies, and although birthday parties have become more fun, I wouldn’t mind grabbing a beer with one of the dads and talking about preparations for 2nd grade… But of course, the best thing is being able to spend so much time with Lucas and Leo, I mean I really do consider myself incredibly lucky – despite all the runny noses, skinned knees and little scuffles!!

Valentina: I’m happy to hear that! Thanks for sharing with us!