InterNations co-founder Malte Zeeck paid a visit to our Sofia Expat Community last week-end – here are some of his impressions from his trip:

From the approaching airplane, I get a great view of Sofia and the mighty Vitosha mountain massif, which overlooks the city from a height of 2,290 metres. The weather is sunny, and yet another interesting InterNations destination is awaiting me. Every city is different, and every community keeps surprises in store. What will it be this time? That’s what I am wondering while taking one of the yellow taxis to the city centre.

As some people have warned me before, the cab driver charges double of what locals pay for the 15-minute ride. However, the overall cost of living in Sofia seems quite low in comparison with German standards, which makes this little rip-off less dramatic. My hotel is situated just off the Vitosha Boulevard, one of the major avenues and commercial streets in Sofia, and it’s merely a five-minute walk from the National Palace of Culture, a huge socialist building from the early 1980s. 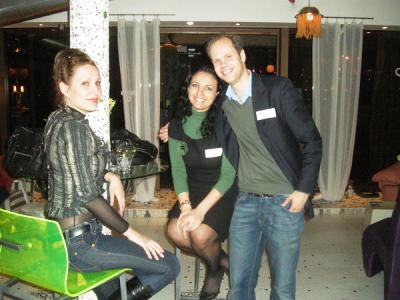 Today, the NPC hosts a theatre, restaurants, and also the modern bar “Culture Beat”, the place of tonight’s InterNations event. The venue is a combination of night club, boutique café, bar, and home to the city’s up-and-coming artists, with a spectacular view from the window gallery.

Over 50 members from more than a dozen different nationalities have signed up for this event, and as our local Ambassador Vellyslav had to go on a business trip to Barcelona on short notice, I am happy to host the Get-Together myself. 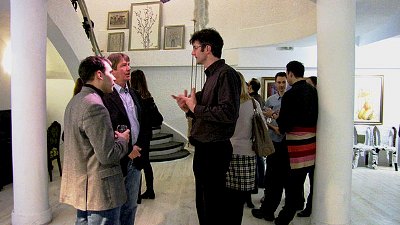 Fortunately, Gergana, a very committed and helpful local member, assists me with the guest list, in welcoming members and in coordinating the event with the bar staff. In Sofia, we are currently looking for a Co-Ambassador for Vellyslav. Our ideal candidate should be an expatriate, so we’ll have a team of a local familiar with Sofia and an expat who knows about the specific problems of foreign residents arriving in Bulgaria. In the course of the evening, I have the opportunity to talk to every guest, and quite a few members express their interest in getting involved with supporting other expatriates, especially those new in town.

In the following two days, I have the chance to discover bustling Sofia on my own. As I’ve heard during the event, most residents actually leave the town over the weekend to relax in the beautiful countryside, while people from the surrounding suburbs and rural areas come to Sofia to go shopping and to enjoy a night out in one of Sofia’s many restaurants, bars, and clubs. While I don’t want to leave Sofia altogether, I do make use of the opportunity to visit Mount Vitosha, which is easily accessible from the city. 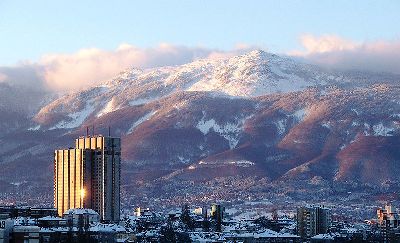 A cable car takes me almost to the snow-covered mountain-top – the residents of Sofia can actually go skiing on slopes right next to the city! The air is fresh, and the bird’s eye view of Sofia could be amazing if it wasn’t for the slightly foggy weather.

On a later day, I finally explore Sofia itself, strolling through the historic streets to get a good look at some of its famous churches, mosques, socialist architecture, and, of course, the landmark of Sofia, Alexander Nevsky Cathedral, one of the largest Orthodox churches world-wide. 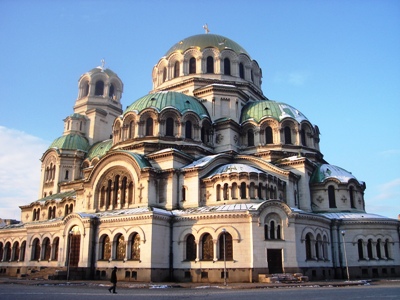 Sofia – whose name derives from the Hagia Sophia Church — was part of the Ottoman Empire for 500 years, the fascinating mixture of Turkish, Greek and Roman influences can still be seen all over the city. The evenings take me to traditional Bulgarian restaurants and bars, which offer folkloristic music, as well as popular night clubs, where the crowds are partying to ear-splitting Tschalga tunes, a crossover of Bulgarian folklore and pop music. As I said, you never know what you’ll get in a different city…