Malte Zeeck, the co-founder of InterNations and head of our Community Management department, recently had the opportunity to visit the city of Warsaw and our local InterNations Community for two days (October 21 & October 22). Here are some impressions from his short trip to Poland’s capital.

„4 °C and strong winds,“ the captain on my flight from Munich to Warsaw announces. The sky over the city is covered in clouds when we land at Warsaw’s Frederic Chopin airport. The steel and glass facades of the modern airport buildings shine in contrast to the foggy weather. The taxi ride into the city center, however, takes me almost one hour instead of the usual 15-20 minutes. The streets are congested; the sky is still grey; the buildings lining the streets are stark reminders of Poland’s socialist past; out of the car radio, there comes a language which I can unfortunately not understand at all.

But when I check into the hotel, the young trainee at the front desk is so cordial and friendly that I am almost pleasantly surprised and I have forgotten about the dreary autumn weather in a moment. Actually, the friendly reception at the hotel was a good sign of things to come in the evening.

Our former InterNations Ambassador in Warsaw, Evelina Wiese, was so kind as to organize a venue for our October Get-Together, the Café Pauza on Warsaw’s well-known Plac Pilsudskiego. Evelina has just left Warsaw to continue her career at an international consulting company in Switzerland. So, my mission for this journey is clear: I need to find a new Ambassador Team for the InterNations Community in the Polish capital. After all, we have more than 1100 members in Warsaw, who’d like to get to know each other in real life.

65 members from 16 different nationalities have signed up for the event on Thursday night. Again, it is cool and windy in the streets of Warsaw, but Weronica Podolska, the manager of Café Pauza, does really everything she can to make her guests feel warm and welcome in her bar/restaurant. She serves me a cold “Okocim” (a draught from Poland’s oldest and most famous brewery) while the first members arrive. 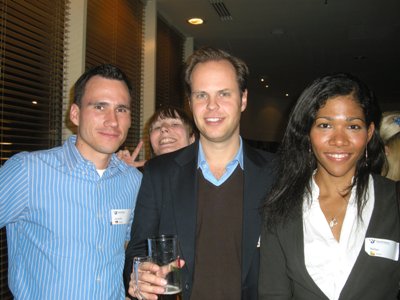 At eight o’clock, the place is packed with people from the USA, Germany, Ireland, the UK, Russia, Ukraine, Austria, India, other nations and, of course, from Poland. Most of them have lived abroad before and are happy to meet some other “global minds” in their new adopted country.

Morten from Denmark, who works for LEGO, tells me how difficult life in Warsaw can sometimes be for foreigners, especially if they don’t know the language. Others feel the same. Corinna and Sylvia, who work for the German and Austrian embassies, have been in Warsaw for a longer time and are happy to chat with a few colleagues. 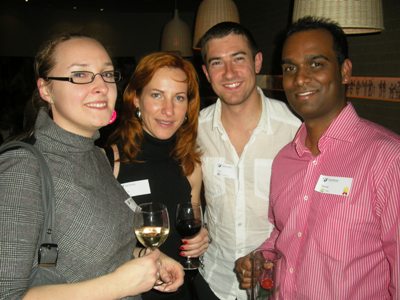 There is also Paul from Ireland, who works for a construction company, Dorata, who writes for the Polish Cosmopolitan magazine, Meline from Benin, who has just finished her exams to work as a medical doctor, and many other members who have funny anecdotes and interesting stories about expat life to share.

A few of them express their interest to become active on behalf of the InterNations community in Warsaw. I have talked to each of them and introduced them to each other: After all, it is very important that an Ambassador Team connects well on a personal basis. Let’s see what a great team will emerge in our Warsaw Community! The evening in general has been fun, and everyone is already looking forward to the next get-together.

The next day, the sun is shining, and one of the Warsaw members is so kind as to show me the city with all its sights – from the rather unpopular Palace of Culture and Science (a present from the Soviet Union) to the presidential palace and the picturesque old town. 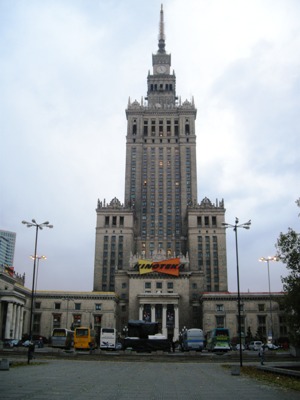 We have some typical pierogi (filled dumplings) for lunch; visited Warsaw’s most popular bars, the famous Platinum Club and the Opera Club below the Grand Theatre on Plac Teatralny, and we organize the November Get-Together at the Panorama Bar of the Marriott Hotel. This venue offers stunning views of Warsaw as it is located on the 40th floor of the hotel building overseeing Warsaw’s cityscape. Pawel, the bar manager, seems delighted to host the InterNations November Get-Together and even promises us vodka shots for all our attending members.

Leaving Warsaw on the next morning definitely leaves me with mixed emotions. I have gotten to know the lovable aspects of Warsaw and met many friendly people. The sun is brilliant and skies are blue; the way to the airport takes me 15 minutes instead of an hour, and while sitting on the plane and watching the houses of Warsaw disappear below me, I am determined to return to the city one day.