The last time we heard from Margaret in Munich, she had updated her InterNations profile in order to better connect with other members. But before she starts looking for new contacts, she decides to explores the Local Community first. Two features in particular attract her attention — the Munich Expat Forum and the upcoming events, which are both linked from the startpage she sees immediately after logging in. 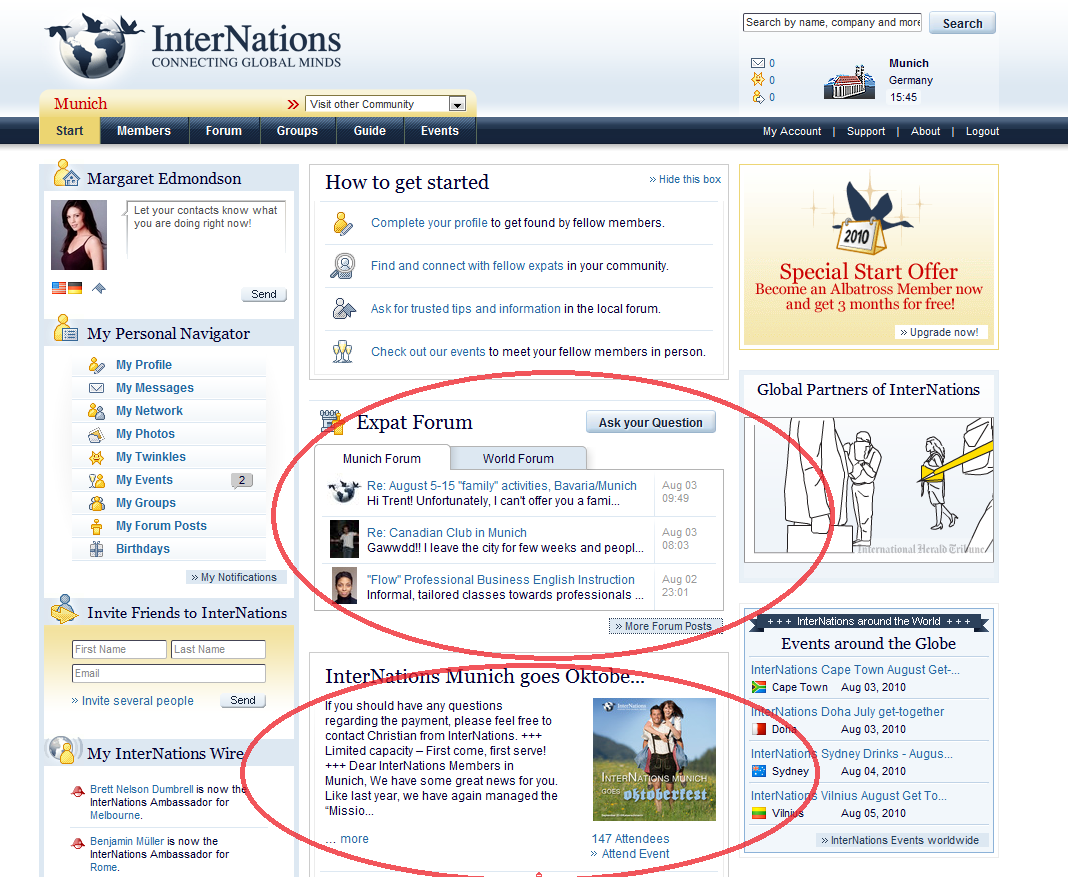 When she clicks the “More Forum Posts” link on the Munich Community page, she finds the local forum overview for the categories “Town Talk”, “Expat Q&A”, “Jobs”, “Housing” and “Marketplace”. This brings back memories from her earlier days as an expat woman on the Internet in the late 1990s, before the advent of social networking, when she used to post mainly on virtual bulletin boards for strangers living in Tokyo or Berlin. 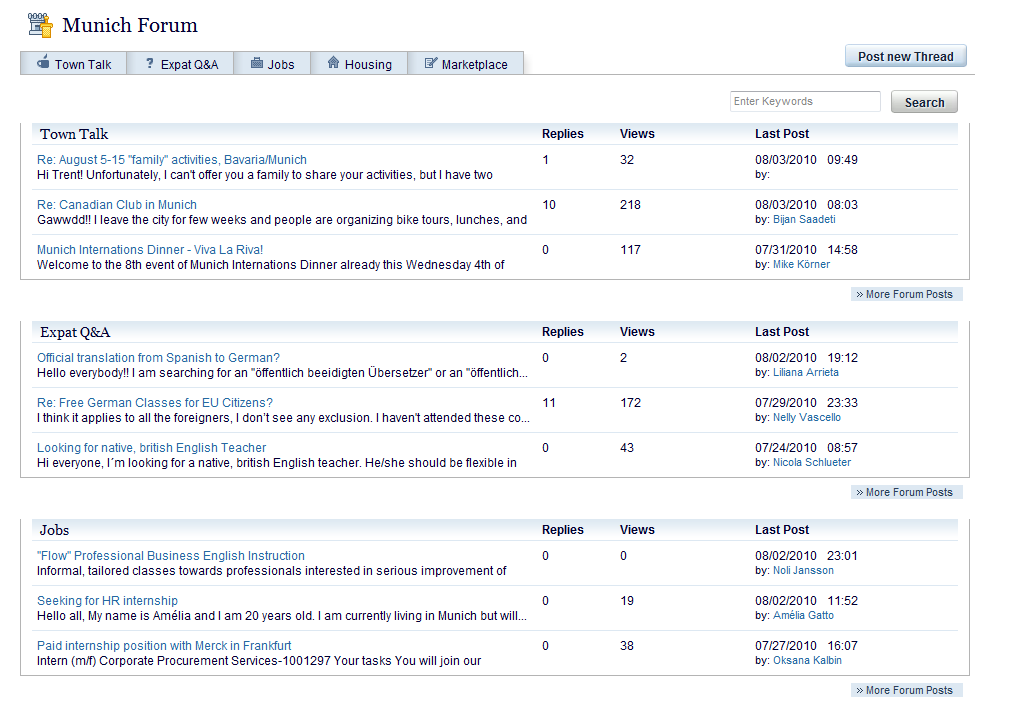 Here, too, InterNations members are getting organized according to their different nationalities (perhaps Margaret might drop by at the Canadian Club once in a while since she spent an important part of her childhood in Toronto…); they are looking for support with typical expatriate issues such as certified translations of official documents (ah, the joys of paperwork, Margaret thinks), researching the job market in Bavaria, hunting flats or even furnished rooms for short-term rent and selling their used IKEA furniture for a bargain when they have to leave town in a hurry to go on their next assignment. So far, so familiar.

Margaret does not leave a comment yet, but subscribes to a thread where an expat from Poland is looking for a language exchange partner — the e-mail notifications for every new reply will remind her that since she might come back to this woman’s offer later.

But it’s the Event Section with its announcement of an upcoming InterNations Summer Party in about three weeks that really catches her interest. A beach bash in the middle of a German city that’s almost 1000 kilometres from the nearest seacost? An international night out with free welcome drinks and dancing at one of the coolest venues in town? Now that’s definitely different from the other expat websites she remembers. Margaret is now intrigued … but more about that in the next installment of our series.