InterNations Team Member Emily Englert — the Head of our Community Management Department — tells us about her recent trip to Dubai, during which she had the chance to attend an event hosted by the local community.

Sun, Shock, and the Trip of a Lifetime 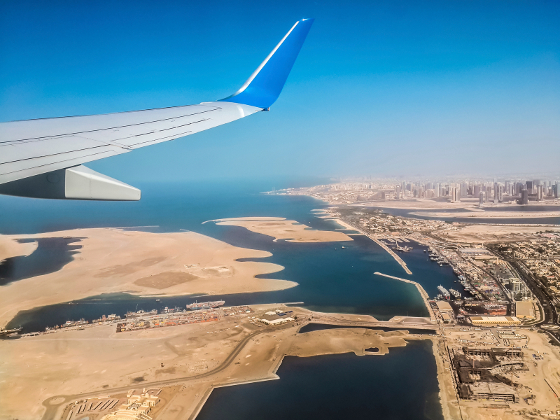 Getting the chance to travel to Dubai was, for me, one of those once-in-a-lifetime moments. Luckily, I had the perfect excuse to go — my husband is currently working in Dubai for a few months as Managing Consultant on a short-term expat assignment.

I arrived in Dubai on Tuesday night and stepped off the plane to a very warm welcome. Before leaving, I had heard that the weather in Dubai starts to become slightly cooler in October, but I got lucky. Even the locals were shocked by the high temperatures as, for the duration of my trip, the temperature ranged between from 34°C to 36°C. After leaving behind a chilly 10°C in Munich, there were no complaints from me!

My hotel was located in downtown Dubai. Also known as the “Center of Now”, downtown Dubai is a center for tourism and one of the world’s most-visited destinations. Unfortunately, I didn’t have as much as time as I would have liked to explore, but from what I did see, Downtown Dubai is the perfect representation of the capital — a modern, luxurious, and thriving urban hub.

An Up-and-Coming Development: The Perfect Location 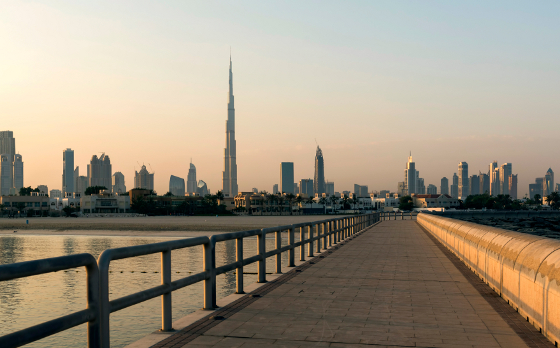 On my first morning in Dubai, I had the pleasure of meeting Patrick White. Patrick is the Project Development Manager of a major new landmark development in Dubai, called the Al Habtoor City Development.

While some of the venues within the development area are still under construction, I still got a great overall view of how the finished project will look. The development includes a number of hotels, villas, and luxury residential towers, but there will also be a huge selection of social venues — around 35 different bars, nightclubs, and restaurants, as well as a theater. It quickly became clear to me that these brand-new venues would be perfect locations for upcoming InterNations Official Events and Activities — I made a mental note to mention this to our volunteers. 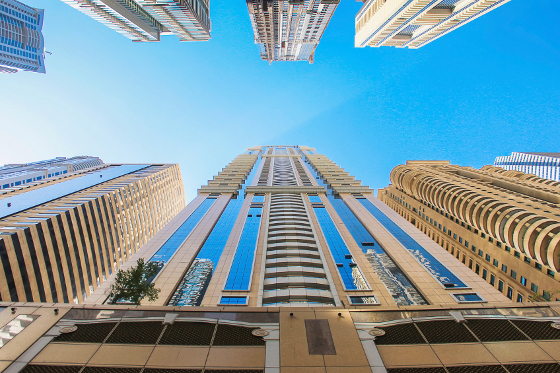 As excited as I was to see my husband, I decided that during my trip I would also take the opportunity to spend some time with members of our Dubai Community. The InterNations Community in Dubai is our second-biggest community after London, with about 73,000 members in total, and so it was a real pleasure to finally meet some of the volunteers who have helped make the successful community what it is today.

On Wednesday evening, I met with a number of our Consuls at Brothaus — somewhat ironically, a German-style café, bakery, and lounge at the Steigenberger Hotel in Downtown Dubai. Given that we have around 100 different groups in Dubai, from the Reggae & Afro-Beat Group to the Marketing Professionals Group to the Ladies Wellness Group, with over 100 InterNations Consuls, it was a great achievement to assemble around 25 of our Consuls and talk in person.

For me, it was incredibly valuable to meet the people who are essentially the face of the Dubai Community. We had a great discussion: the Consuls got the opportunity to ask questions and voice any concerns they might have, and I was able to give feedback, help, and advice in person. Seeing all of the Consuls together was also wonderful. I overheard many a conversation during which Consuls were exchanging details and helping each other out — it was very rewarding to see.

Perhaps most importantly, having the Consuls together in one place allowed me to thank them all on behalf of InterNations for their commitment. All in all, it was an amazing experience for me and, truthfully, I was incredibly impressed by how enthusiastic and lovely they all were. It was really good to witness firsthand what a flourishing community looks like, and I cannot thank them enough for taking the time to meet up with me.

The Dubai Ambassadors Team: The Spirit of InterNations 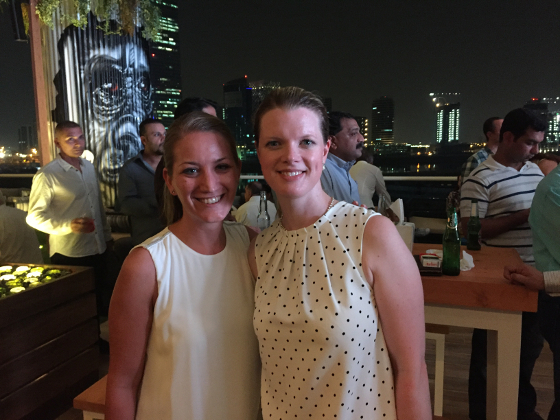 After a catch-up in the downstairs café, we made our way upstairs to the InterNations Official Event, which was taking place at a newly-opened pool terrace venue called The Backyard by Swim and Tonic. The location was amazing: the wonderful views paired with a relaxed atmosphere and the warm weather really made the event the perfect way to say “Bye-bye Summer”.

There are six Ambassadors in total in Dubai, and I had the pleasure of meeting them all apart from Sophie — a French expat living in Dubai for two and a half years — who was on holiday at the time. The Dubai Ambassadors are the perfect examples of what a global mind looks like.

Philipp, a business consultant from Germany, has lived in six different countries around the world and speaks a total of five languages — and I thought knowing German was impressive! His fellow Ambassador Warmund is also from Germany and has traveled to 80 countries on all continents. He is more than experienced when it comes to life in Dubai as he has been living and working there for almost a decade. Nina is the third member of the Dubai Ambassadors Team who is both a German expat and a long-term resident of the UAE.

Egyptian-British expat Dalia, with her previous experience of expat life in Singapore, her wanderlust, and her passion for all things health and fitness, makes for a great addition to the InterNations Ambassador Team. Last but definitely not least, Waleed from Iraq is no stranger to traveling or living abroad, either. He has been to more than 20 countries in total and knows Dubai inside out, having moved there over a decade ago. This group of Ambassadors is all we could ask for and more — their combined experiences make them the perfect people to help other expats settle in and feel at home in Dubai.

Strange Tastes and Firsthand Friendships: An Event to Remember

To break the ice, the hotel had arranged two games to kick off the event. I took part in one called Strange Tastes and it was definitely a fun (and unusual) experience.  All the participants were blindfolded and then given eight mouth-sized bites of different foods from the kitchen. After each bite, we had to write down what we thought we had eaten — I quickly learned that my sense of taste isn’t as good as I thought it was! The winner was awarded a well-deserved cocktail for free — taste really is a talent.

The evening was a huge success, and I met some fantastic people. However, one particular moment really stands out for me. I was standing talking with a group of people, one of whom was a man from Uzbekistan. After a few minutes, a woman walked past our group and saw his nametag with the Uzbek flag on it. She was so excited to meet someone from her home country!

The woman explained that she had looked at the guest list and had seen that someone else from Uzbekistan was also attending. However, she never thought she’d actually meet him among the 700 people who had signed up for the event. The two of them instantly struck up a conversation and, when I looked over to them after about an hour, they were still chatting animatedly. For me, this little anecdote proves that the nametags really do work, but most importantly, it perfectly captures the spirit of InterNations!