For his latest visit to an InterNations Community in 2016, Founder & Co-CEO Malte Zeeck chose beautiful Antwerp, our second-largest community in Belgium. Here are his impressions from the official event.

The biggest InterNations Community in Belgium is, of course, Brussels: with the city serving as the de facto capital of the European Union and the seat of the NATO headquarters, it has a huge expat population, and 34,000 InterNations members call the capital region their new home. While I had visited our Brussels Community before, I’d never been to an event in Antwerp, with about 6,500 members our second-largest Belgian community, though it’s just a 30-minute train ride from Zaventem Airport. Obviously, it was high time to redress this! 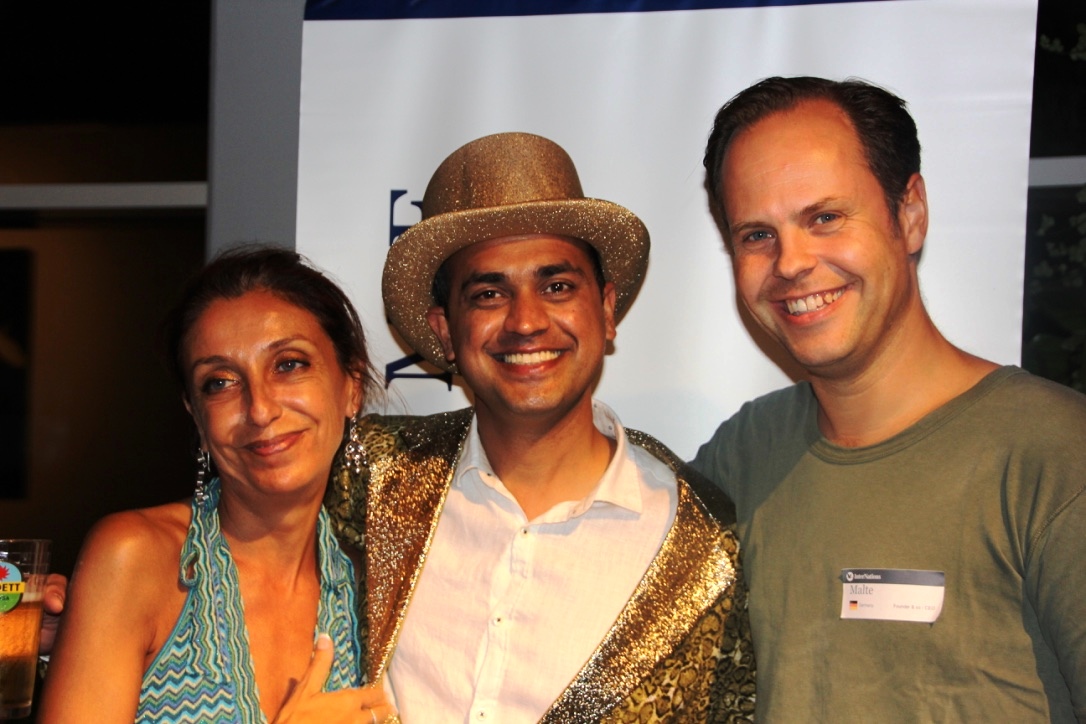 Once I’d arrived in Antwerp, I checked in at the Hilton Old Town Hotel, conveniently located right in the historical city center, on Groenplaats, a quaint square watched over by a statue of Antwerp’s most famous resident, Peter Paul Rubens. Though the Hilton Antwerp is indeed a popular venue for our events in town, this one was hosted at Skybar, the city’s highest pop-up bar with truly amazing views of Antwerp, courtesy of Lindner Hotel near Central Station.

Welcome to the Jungle! — A Vibrant and Growing Community

Our Antwerp Ambassador Team — that is, Caterina, an Italian consultant from Genova, and Parry, a digital marketing and advertising expert from Pune, India — had been organizing a spectacular series of motto events for their community, from a Venetian masquerade ball in February to a spring break bash in April to a blue midsummer party in July. Both Ambassadors are doing a wonderful job at introducing their guests to various exciting venues in Antwerp and coming up with creative ideas for their official events. Now it was my turn to join their latest night out — “Welcome to the Jungle”. 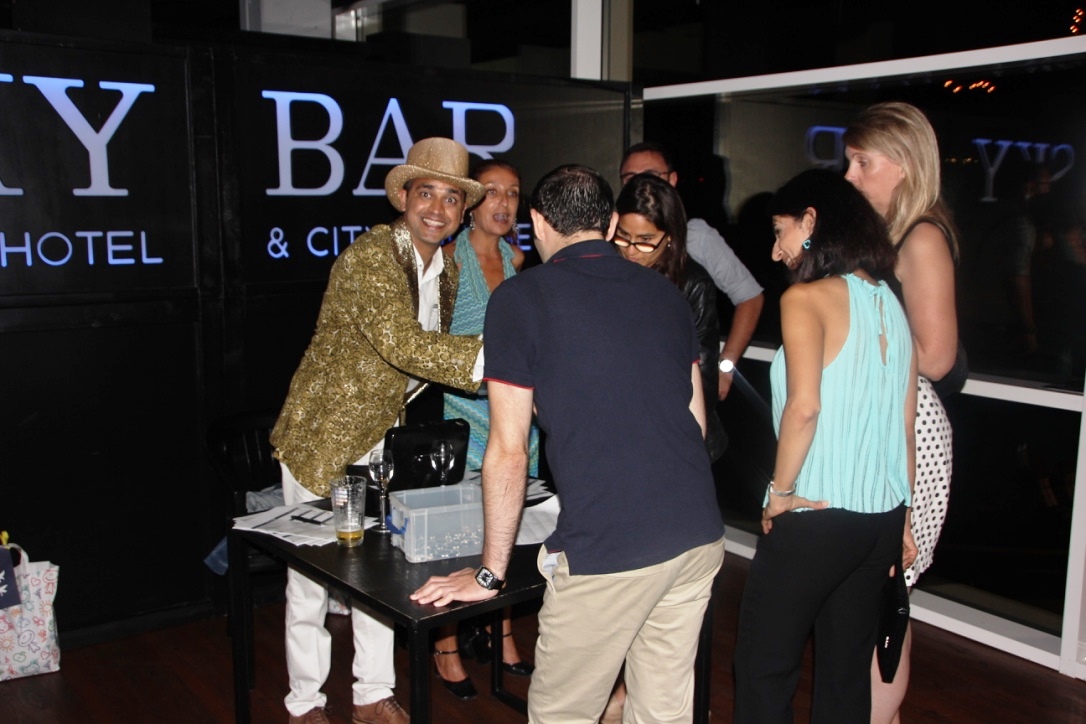 As requested in the event invitation, I showed up dressed all in green: when packing my suitcase, I’d managed to dig an old T-shirt from my mandatory national service in the German air force out of my wardrobe. I’m afraid, though, that my somewhat subdued army-style outfit couldn’t quite hold a candle to Caterina’s bright summer dress and Parry’s golden leopard print jacket and top hat.

Before Parry donned his sparkly hat to officially welcome the more than 100 guests who had signed up for the event and represented over 40 nations, the three of us still found the time to discuss the development of a growing community and the challenges that the Antwerp Team occasionally faces. 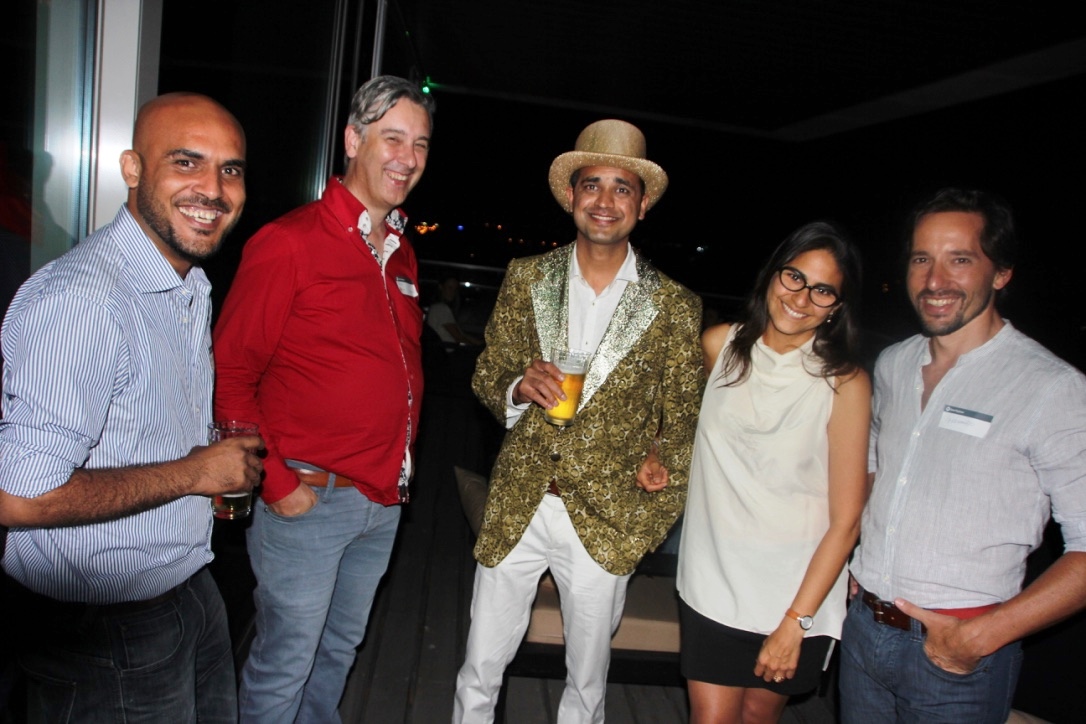 The odd challenge notwithstanding, all the InterNations Volunteers in Antwerp have contributed to creating an active, lively community for expats and global minds, and I very much enjoyed the opportunity to thank our local Ambassadors and Group Consuls: the 16 InterNations Groups in Antwerp cover a wide range of interests from foreign language skills (including both Dutch and French) to art and culture (quasi a requirement in the Rubens city) to professional networking.

The City of Diamonds Shines On

Antwerp did live up to its professional reputation as one of the world’s major centers in the international diamond trade that night: I happened to talk to quite a few members working in the Diamantkwartier, the famous diamond district. Other guests weren’t even living in Antwerp themselves, but had traveled from neighboring cities just to attend the event: I think our Antwerp Ambassadors couldn’t ask for better proof of how successful their get-togethers are! 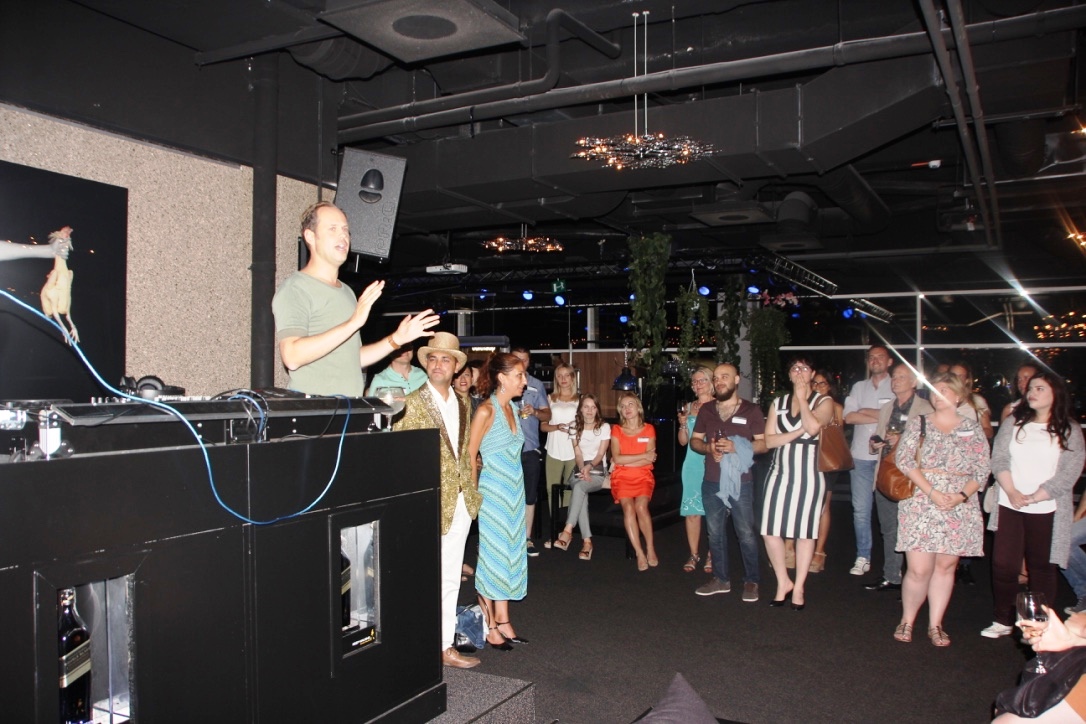 While the dancefloor began to fill, other members were enjoying the mild weather on the terrace outside, chatting animatedly about expat life in Belgium till late at night. On my way to the event, I had passed a memorial for the victims of the Brussels suicide bombings in March, the bloodiest terror attack in the country’s entire history. Though terrorism and safety in general were still on plenty of people’s minds, for obvious reasons, there was also a distinct impression of life resuming its normal pace, of everyday concerns returning to replace grief and fear. That feeling of normalcy is probably worth at least as much as all of Antwerp’s diamonds.