When hearing the word “nomad”, you may be thinking of white-clad Bedouins traversing a majestic desert. But when we talk about “digital nomads”, which images come to mind now?

Originally coined as an academic term in the 1990s, the phrase didn’t take off as a popular buzzword before the early 2000s when rapid technological advances actually made “digital nomadism” possible. Twenty-first century nomads have their own online spaces and offline conferences, and the term might evoke a certain lifestyle: a digital nomad must surely be a young, trendy, and IT-savvy college graduate, sitting hunched over a brand-new laptop in a hostel in Chiang Mai, a beachfront coffee shop in Sydney, or a hip apartment in the San Francisco Bay Area. 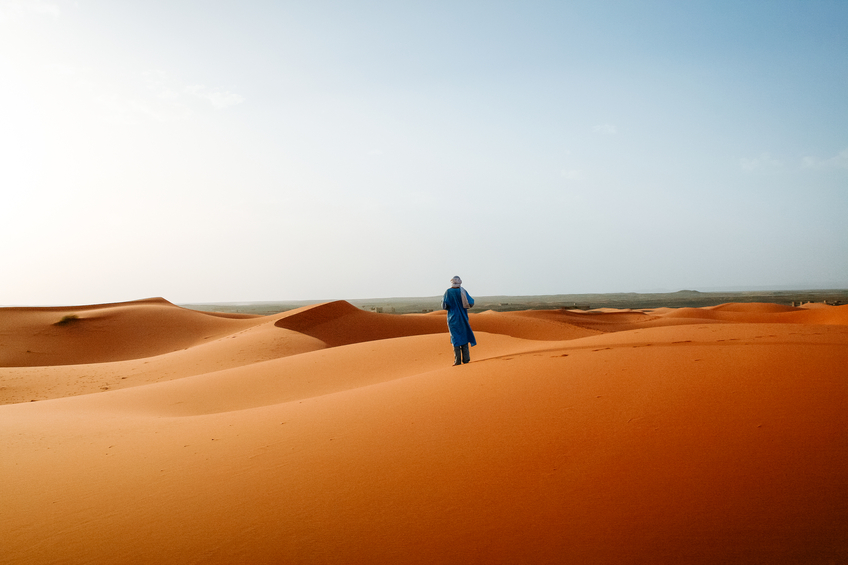 But the reality of freelance work abroad differs quite a bit from the glamorous stereotype. Among the more than 14,000 respondents of our Expat Insider 2016 survey, one in eleven has chosen “freelancer” as their employment status. For 5%, it’s the status they identify with the most. It’s the latter group that we’ll be taking a closer look at.

First things first: only 27% of them think that the term “digital nomad” perfectly encapsulates their personality and lifestyle. For the rest, the more prosaic “freelancer” seems to suffice.

Our typical freelancer is female (57%) and, at the age of 45.2 years, slightly older than the average participant in our expat survey. Contrary to what might be expected, such destinations as Australia or Thailand are not among the countries where freelancers are strongly overrepresented. Instead, we have found the largest percentage of freelancing expats in India, Italy, and Turkey (10% each).

However, the stereotype isn’t always wrong: 82% do have an academic degree. They also prefer working in such industries as education/research/translation (21%), media/advertising/publishing (20%), and arts or recreation (13%) — while the typical Expat Insider respondent tends to give a wide berth to the latter two (globally: 5% and 3%, respectively). The IT sector, on the other hand, is not necessarily represented more strongly among the freelancers (11% vs. 13% of all expatriates worldwide). 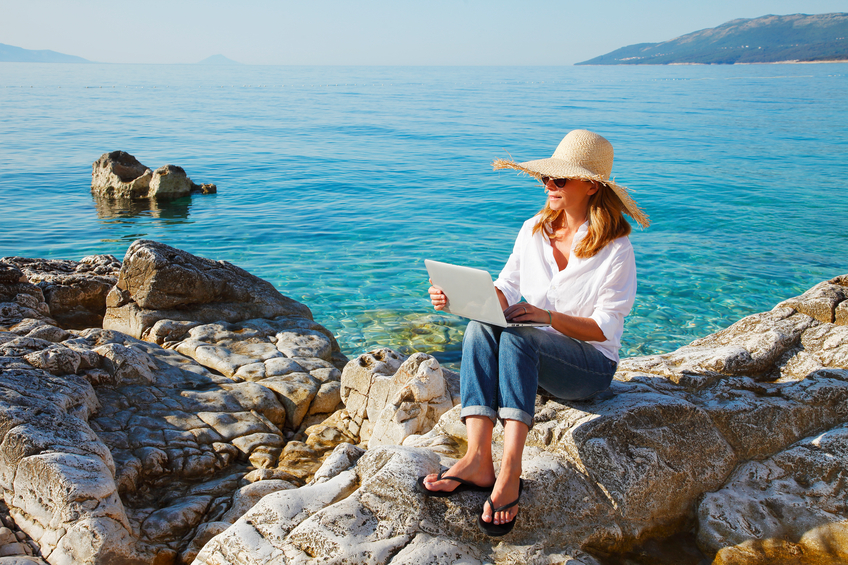 What they have in common with the stereotype of the digital nomad, who chooses work to suit their life, rather than adapting life to the demands of their job, is their personal motivation for moving abroad: nearly three in ten (29%) followed either their partner’s career or simply their heart, while another 9% each stress the better quality of life abroad or their thirst for adventure as the main reason for relocating. Only 9% primarily came to their current destination for regular employment and switched to freelancing later.

More than one-third of expat freelancers (35%) indicate that they have opted for this kind of work because it allows them to live abroad and travel a lot, not just because they couldn’t find a suitable job in their destination of choice. Among those who would describe themselves as “digital nomads”, this percentage is, rather unsurprisingly, a lot higher (48%). 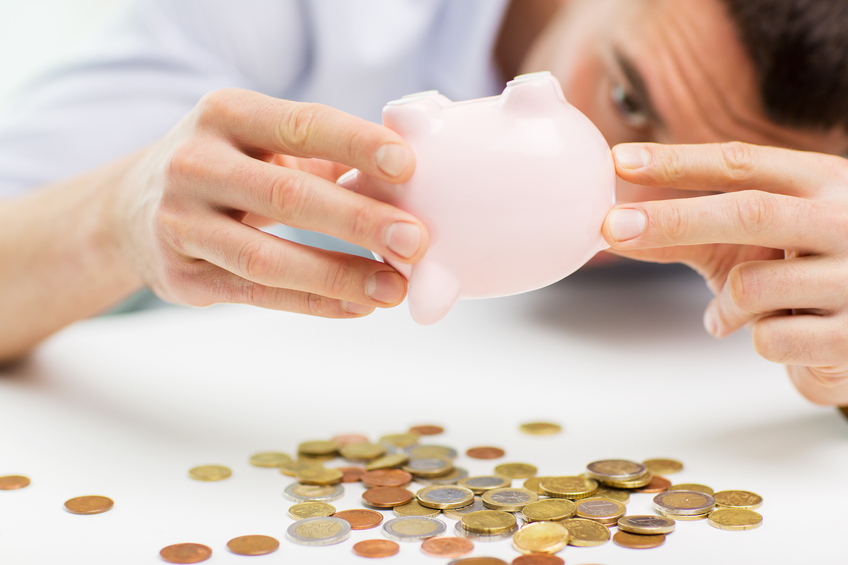 However, there’s the other side of the coin: those expats who took to freelancing out of necessity rather than for the sake of flexibility. For another 18%, it was solely the lack of suitable employment abroad that made them look into freelancing, not their desire to travel and be independent.

The second group tends to be the unhappiest of the lot: they consistently give lower-than-average ratings for individual job satisfaction, personal happiness, and satisfaction with life abroad in general.

Most freelancers living abroad struggle financially to some degree: they are noticeably less content with their financial situation than the global survey audience, and up to one-third (32%) even claim their household income isn’t enough to live on. Thus, it’s no wonder that 33% would rather have a steady source of income and 27% miss the security of regular employment.

Nonetheless, most wouldn’t want their boring old nine-to-five job back: though it can occasionally be hard to separate work and leisure, 78% in total enjoy their flexible working hours, and 40% only work part-time, a much higher quota than the worldwide average of 15%. 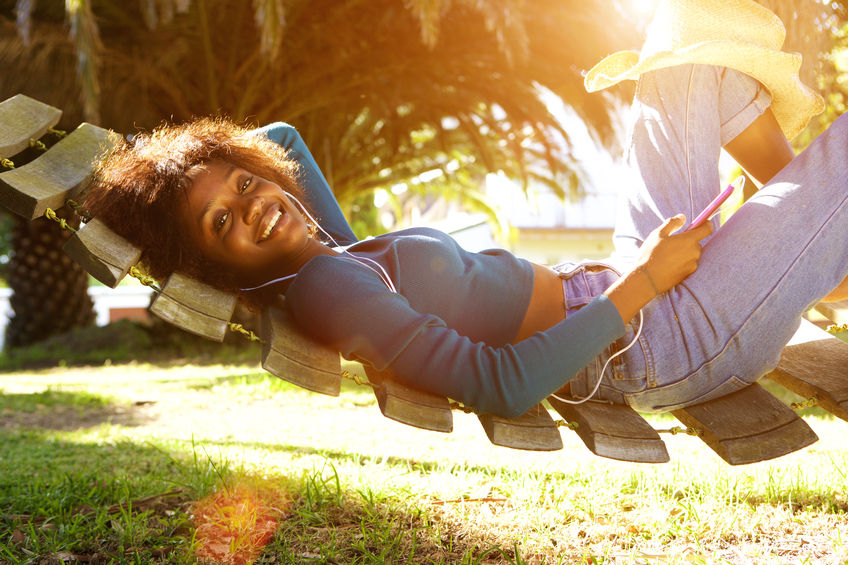 Despite being strapped for cash every now and then, the “lifestyle freelancers” and “digital nomads” — i.e. those for whom freelancing wasn’t the sole alternative to unemployment — are actually happier than the typical Expat Insider participant. Up to 28% even describe themselves as very happy (global average: 19%).

Unless their desert counterparts of yore, often struggling with a harsh life in a harsh climate, some digital nomads do seem to be living in an oasis of bliss!