InterNations Founder & Co-CEO Malte Zeeck shares five personal sightseeing tips for what many consider to be the most beautiful city in Europe — Budapest. 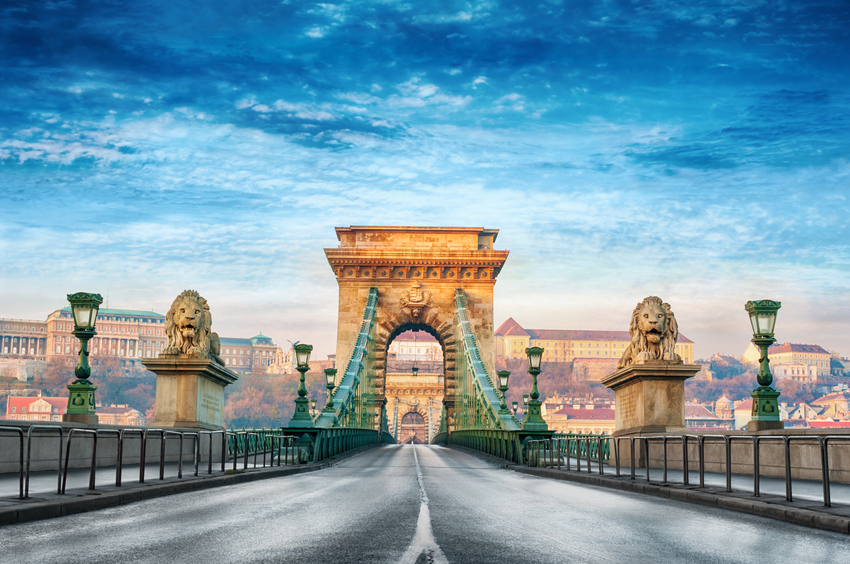 I was excited to be going to Budapest as I had not been there for ten years. Luckily, I was able to stay at some friends’ apartment in the heart of the city. It was an amazing location close in proximity to the Parliament and the Chain Bridge. This central location made it easy to enjoy Budapest to the fullest.

Buda Castle: The Best of Budapest

I started my sightseeing by ascending the cobblestone streets of Castle Hill. Located on top of the hill, Buda Castle is the palace complex of the Hungarian royalty in Budapest. On my way to the palace complex I strolled through Trinity Square, inside Matthias Church, and around the Fishermen’s Bastion; all of them have amazing architecture and are great viewpoints to see the city from. 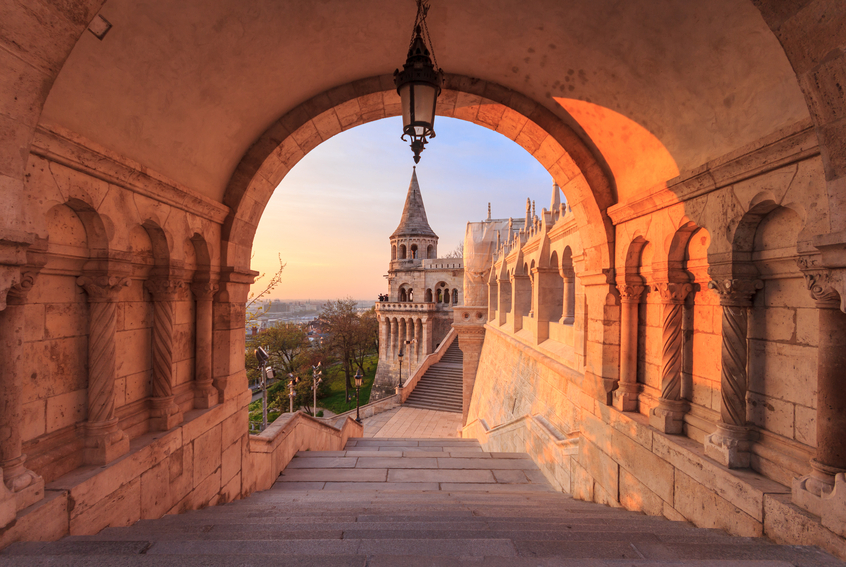 While I was at Trinity Square, I enjoyed some coffee and cake at Ruszwurm, a quaint little café located close to Matthias Church and one of the oldest bakeries in Budapest. It certainly has the nostalgic charm of a 19th-century coffeehouse. After filling up on sweets and caffeine, I continued on my way to the castle. From there, I had a fantastic view of the cityscape and the Danube River below.

The palace complex — an iconic sight of Budapest — is a must-see for any traveler to the city. Apart from sightseeing in Buda Castle, you can explore labyrinths, tour museums, and visit numerous art galleries in Castle Hill. Definitely worth it!

Another stop on my itinerary was the Sziget Music Festival. This festival takes place every August and is held on Obudai-sziget, an island located in the Danube River. During this massive event, over one thousand performances take place in the course of a week. 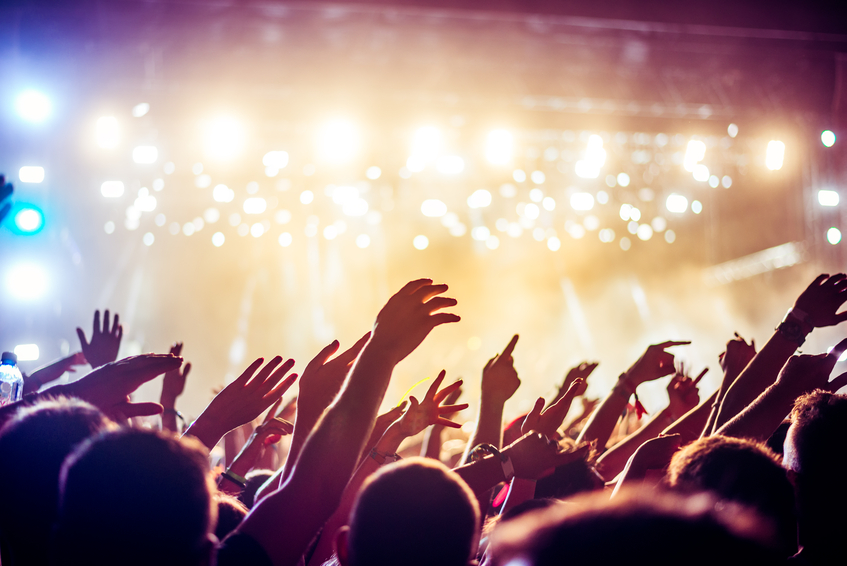 I was pleasantly surprised that I had the chance to see Manu Chao, an artist that I liked when I was a student. Thanks to his ability to sing in a wide variety of languages, his music is a fascinating combination of different styles and cultures from around the world. Anyone else remember his first hit “Bongo Bong”?

Other popular performers were Rihanna, David Guetta, and Muse, but unfortunately I did not have enough time to see them. If you are a festival fanatic, the Sziget Music Festival is absolutely a stop to put on your list!

The Hungarian Parliament: The Stylish Face of Democracy

Renowned for its neo-gothic architecture, the Parliament building is a classic landmark of Budapest. This building is absolutely gorgeous, and the interior is even more stunning than the exterior. 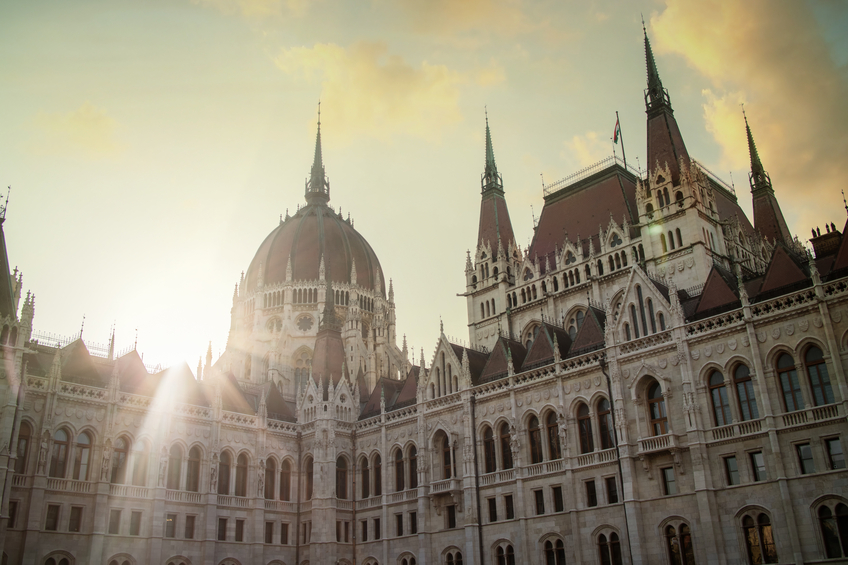 When I was sightseeing, I had to observe the facade from different angles to fully appreciate the building’s beauty; you cannot really see the whole building just by walking around it. The best view I had was from the top of the Fisherman’s Bastion, and the Hungarian Parliament also looks stunning from the boat on a night cruise along the Danube.

I had heard of the Széchenyi Baths before, but this was my first time going. The large yellow building itself is glorious: built before the First World War, the spa with its neo-Baroque and neo-Renaissance architecture brings back the atmosphere of the bygone Belle Époque. Today, it is one of the largest thermal spas in Europe — and it definitely is an adventure that I will indulge in again! It has 18 pools that vary in temperatures — from 27°C to 38 °C — and it also offers massage treatments. 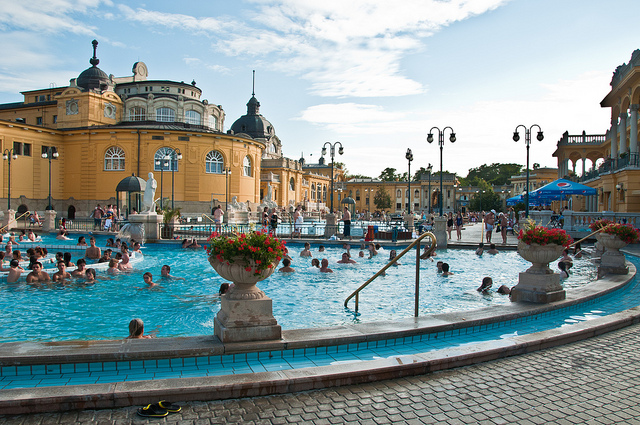 The best thing about the spa is its affordability; tickets to the Széchenyi Baths start at 18 EUR online and you can add extra packages for additional costs. It is certainly not cheap, but it is not too expensive considering that you have access to all of the pools and steam rooms.

A piece of advice: reserve before! Luckily I planned ahead, but some of the other people at the spa were thankful that they had a free opening for them that day.

Citadella: The Best View in Town

Just like Castle Hill, the Citadella — a 19th-century fortress on Gellért Hill — is a great viewpoint to see the rest of Budapest from. It is accessible by either walking up a long staircase or by taking a bus. I opted to climb the stairs; this was longer, but the effort was totally worth it. The views on the way up to the top were incredible, and there were plenty of vendors offering snacks and drinks along the way. 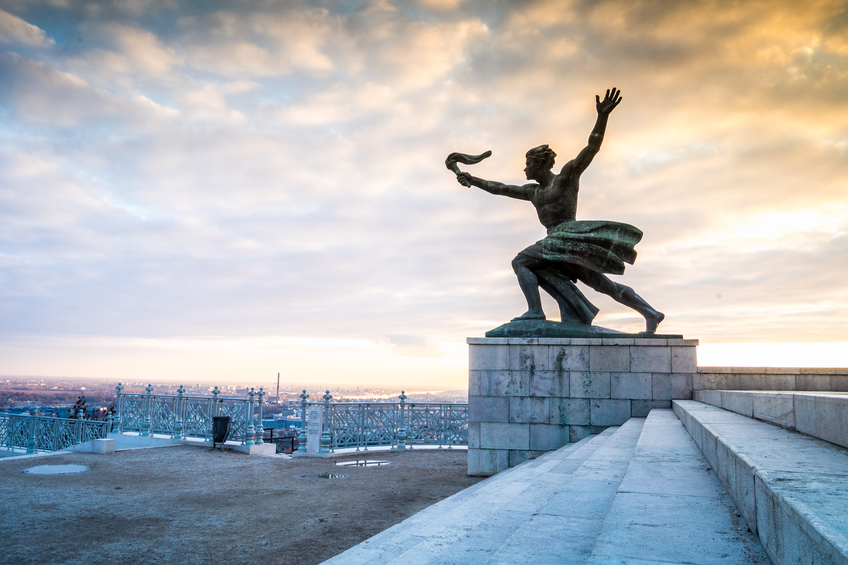 While I was exploring Budapest, I could always see a large statue on top of Gellért Hill. It is the called the Freedom Statue or Liberation Monument; the fourteen-meter tall statue near the Citadella symbolizes the Russian liberation of Budapest from the Nazis during World War II.

The Citadella and the Fishermen’s Bastion are definitely the best sightseeing points to overlook Budapest. Apparently the Citadel is even more spectacular at night, when you can see the entire city illuminated in a glittering glow. Unfortunately, I did not have the chance to go there after dark, but hopefully I will be able to next time! After all, Budapest is always worth another visit.