Now that the UEFA European Football Championship has been over for several weeks, have you already forgotten about everyone’s favorite underdog? Iceland took part in a European football championship for the first time ever. Despite their lack of experience, as well as the fact that their manager was a part-time dentist from the tiny Westman Islands, they made it to the quarter finals — and promptly lost against Portugal.

However, the island nation is a true champion in another ranking. According to the Global Peace Index, Iceland is the most peaceful country in the world. Ever since the global think tank Institute for Economics and Peace began to publish the annual index in 2007, Iceland has been the uncontested #1 each and every year (with a brief exception in 2010). 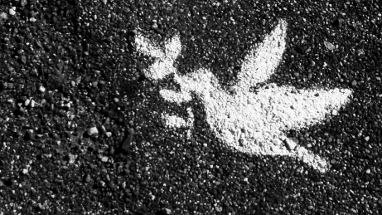 The Global Peace Index 2016 looks at 163 larger nations (excluding most so-called “microstates” like Monaco or Tuvalu) and evaluates their respective level of peacefulness. The analysis includes an array of 22 impact factors that affect three overarching issues: safety and security (e.g. homicide rates), domestic and external conflicts (e.g. the number of such conflicts fought), and the degree of militarization (e.g. weapons imports and exports).

The following five countries have thus been named the most peaceful around the globe. 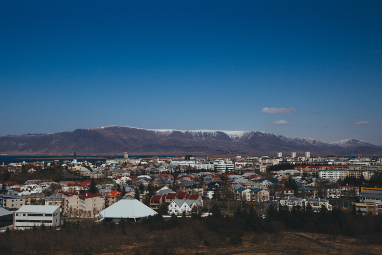 Old Icelandic sagas — which abound with outlaws and bloody vendettas — and contemporary “Nordic noir” crime novels may give a different impression, but the descendants of the grim Vikings are a very peaceable people. The small and remote country, with merely 333,000 inhabitants, has allegedly got the third-lowest murder rate across the globe. Its police officers rarely carry firearms, and so far, only one person has ever been killed in an altercation with the Icelandic police.

Even the international peacekeeping unit that is part of the Icelandic military is only allowed to go armed in certain circumstances and mainly serves as an aid squad. No wonder: Iceland’s military budget amounts to 0.26% of its GDP. In comparison, the nation with the highest military expenditures worldwide spends over twenty-one times as much, proportionately speaking.

The one thing Icelanders have to be afraid of is another one of their 30 active volcanoes erupting.

Fittingly enough, the next nation on this year’s Global Peace Index is another country populated by domesticated ex-Vikings: Iceland’s former “motherland”, Denmark. Unlike Iceland, however, it does not only maintain a standing army, but it is also involved more heavily in NATO operations worldwide. (On a less serious note, Denmark is also entangled in a non-violent, albeit long-standing dispute over who can lay claim to the North Pole.) 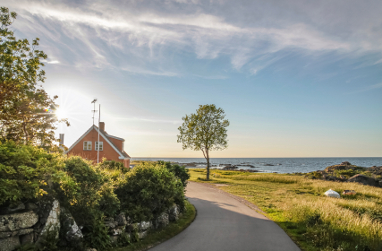 Although the Copenhagen shootings made the international headlines in February 2015, Denmark’s overall scores in the index indicate that such shocking events are fortunately statistical outliers. But if you want to play it really safe, you might want to move to the Danish island of Chistiansø, located near Bornholm in the Baltic Sea. The close-knit community of 100 residents noted exactly one reported crime in all of 2015. The local police probably fear perishing from sheer boredom.

Everyone knows that Switzerland is famous for its oft-mentioned neutrality in military matters. But did you know that neighboring Austria considers permanent neutrality an essential part of its identity, too? 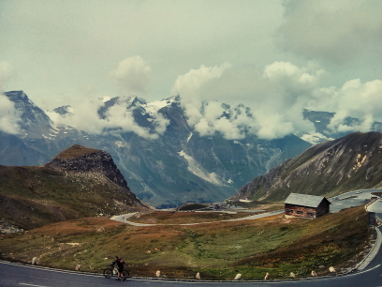 The 1955 Declaration of Neutrality was largely a consequence of the political situation in the Cold War. Though strict neutrality has been watered down somewhat since Austria became a member of the EU in 1995, its constitution still forbids it from joining any military alliances.

Perhaps this is one potential explanation as to why Austria ranks relatively low on the militarization scale of the Global Peace Index, with a score of 1.4 out of 5. Moreover, though Austria does have a defense industry with a yearly turnover of 2.5 billion EUR, it also has relatively strict regulations for weapons exports.

So, keep enjoying your Sacher cake with a safe conscience.

As cozy as the Shire, the hobbits’ idyllic home in The Lord of the Rings, New Zealand earns a respectable fourth place in the ranking of global peacefulness. Maybe the Kiwis have got a thing or two in common with those fictional hobbits, pacifist homebodies that they are. 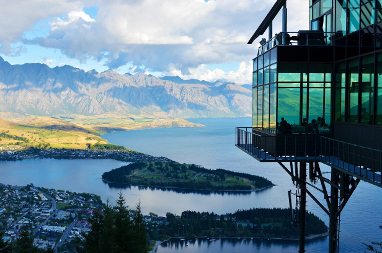 The country is particularly well known for its policy of nuclear disarmament. Like Frodo decides to rid himself of the One Ring, the ultimate weapon, New Zealand decided to get rid of its very real 20th-century equivalent: it is the only country that has officially enshrined an anti-nuclear stance in national law. On the Global Peace Index, New Zealand scores a perfect 1 out of 5 in the heavy weapons category.

Still, the country faces a problem similar to Iceland: it has a comparatively larger number of active volcanoes. Beware of Mt Doom exploding…

Last but certainly not least, Portugal has made a big jump in the latest edition of the Global Peace Index. While it ranked 18th in both 2013 and 2014 and barely missed the top ten last year, it has now improved its score significantly. 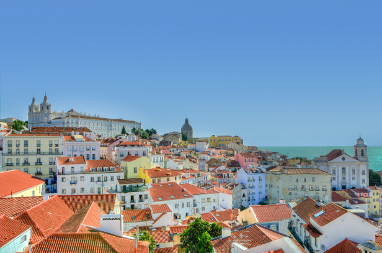 The Global Peace Report 2016 emphasizes that Portugal is the European nation to have gained the most in comparison to the last few years. It especially draws attention to the country’s increased political stability after Portugal’s suffering from the fallout of the Eurozone crisis.

That’s at least as good a reason to rejoice as the well-deserved UEFA Euro trophy!