InterNations Founder & Co-CEO Malte Zeeck gives an account of the time he recently spent attending an expat event hosted by the Zurich Community.

Landing in Neat and Clean Zurich 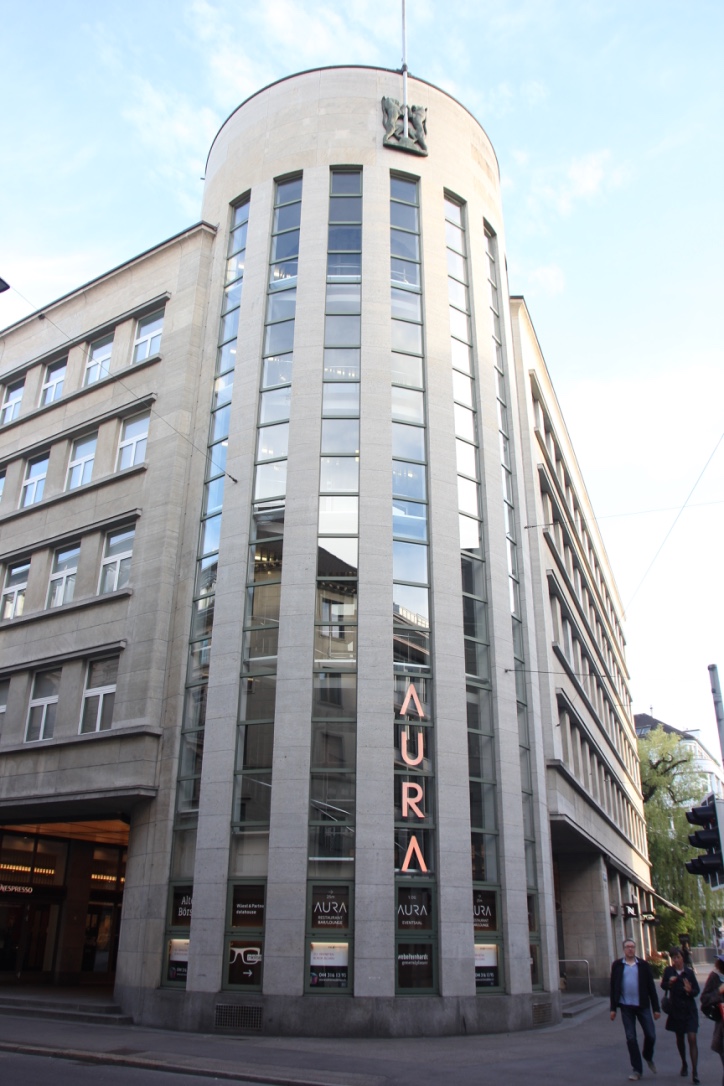 A birthday celebration brought me back to Zurich — only a one-hour flight from Munich — and so this was the perfect occasion to attend the InterNations Official Event of the Zurich Community as well. After leaving rainy Munich, I was welcomed by lovely Swiss sunshine. Compared to the 45-minute journey from the city center to Munich’s international airport, the convenient ten-minute train ride from Zurich’s airport to its central station was a welcome change, too.

Since I stayed at a hotel that was located near both the central station and the event location, everything was within walking distance for me. As I was strolling down Bahnhofstrasse — the street leading to the station — I thought how neat and clean everything was — Switzerland was definitely living up to its reputation. Based on the top-end stores around, you could instantly see that Zurich is one of the wealthiest cities in Europe, too.

A Large and Active InterNations Community

The event was organized by our three InterNations Ambassadors in Zurich, Lena, Viera, and Monica. I arrived right on time at 20:00 for the start of the event and was greeted warmly by the Ambassadors Team. 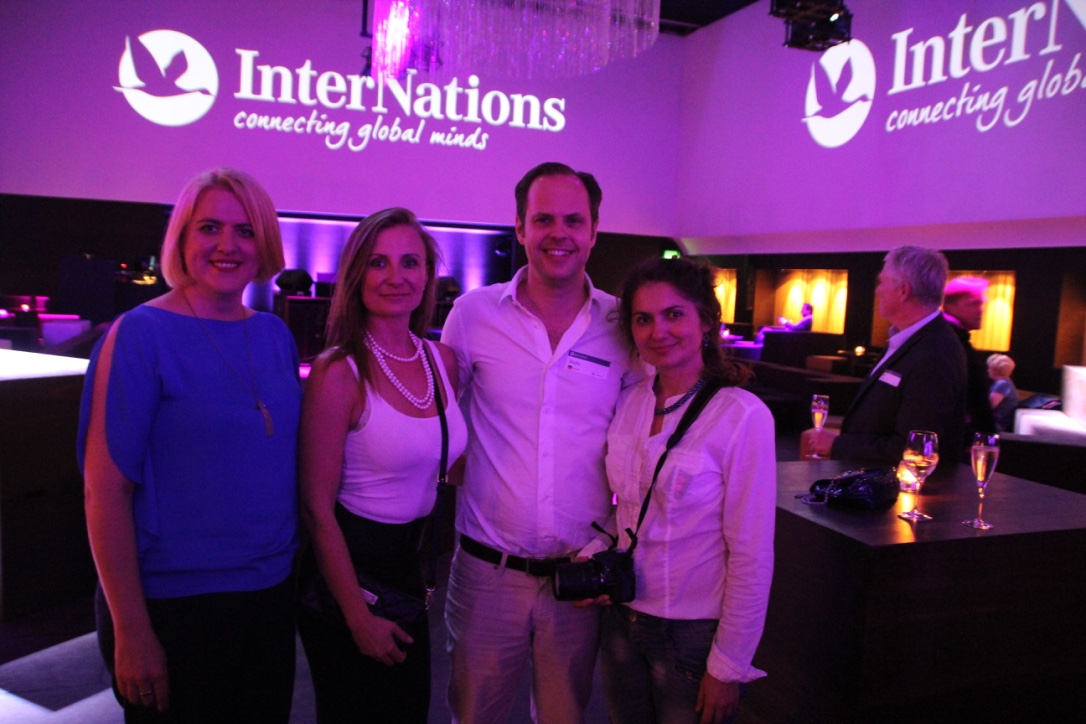 Lena, who was born in Ukraine, attended university in Scotland, and then moved to Switzerland, is now a Program Manager responsible for connecting teams in seven countries and four continents. Also, I think she is the first person I’ve ever met whose hobbies include skydiving. Austrian expat Viera, on the other hand, is an avid traveler and photographer, and she contributes her nature photography and wildlife paintings to fundraising events for endangered species.

The third team member, Monica from Poland, works as a Business Development and Marketing Manager in an online language school, where she can follow her passion for foreign languages. Not only does she speak English, German, and Spanish, but she also considers Greece her second home. Unfortunately, Vanessa — the fourth Zurich Ambassador — was absent that night, but like the other three, the expat from Porto turned entrepreneur has an interesting biography that perfectly captures the InterNations spirit. 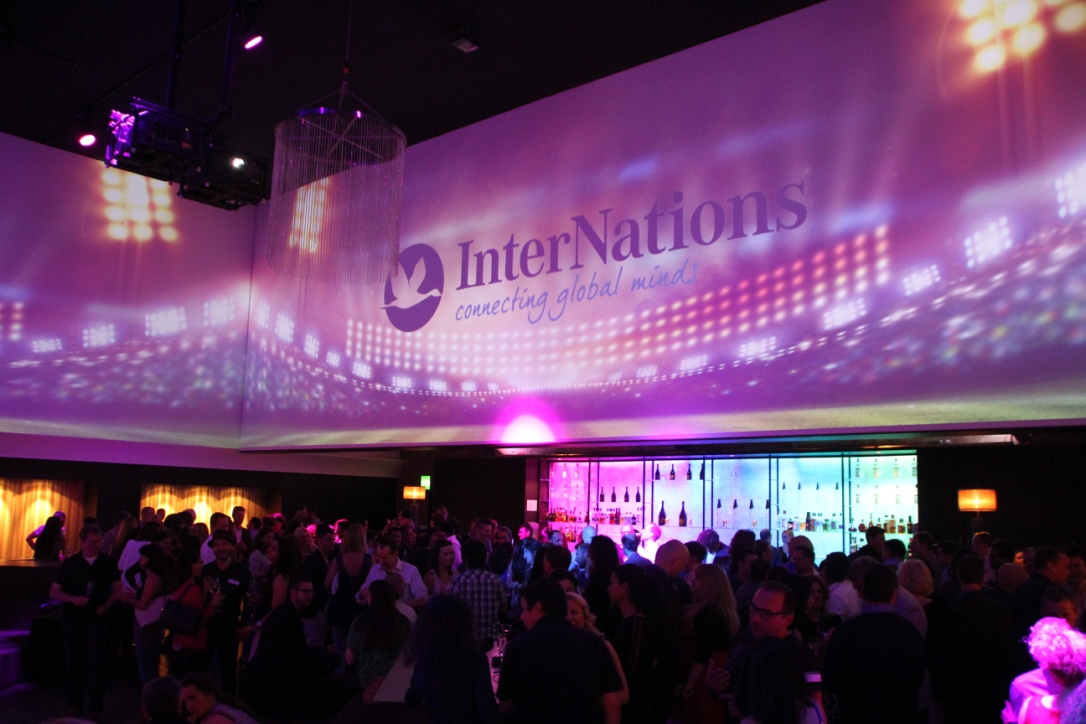 The event took place at Aura Bar and Lounge in Zurich’s center. The location is quite fascinating from the inside, with a huge square room and high walls. On each wall, the InterNations logo was projected several meters high; this sort of thing makes every founder feel a little proud!

Fortunately, Aura can also accommodate quite a large number of people, which was rather necessary as we had a guest list featuring 511 attendees from 85 countries. Since the Zurich Community is indeed among our bigger ones, with over 30,000 members from all over the world, our events always have huge turnouts. It is also a really active community to boot, with 55 groups organizing numerous activities — from burger tasting to women’s professional networking to hiking trips in the mountains — for our members every month.

From Football to Dancing

Later on, the Spain vs. Turkey game of the UEFA EURO 2016 was projected on these same walls; it was such an enjoyable way to watch the game together with other football fans from across the globe!

Gradually, our members started pouring in, and I took the opportunity to chat with many and listen to their interesting stories about their life abroad and their experiences as expatriates. Afterwards, Lena introduced me, so I could briefly take the stage to address the community. 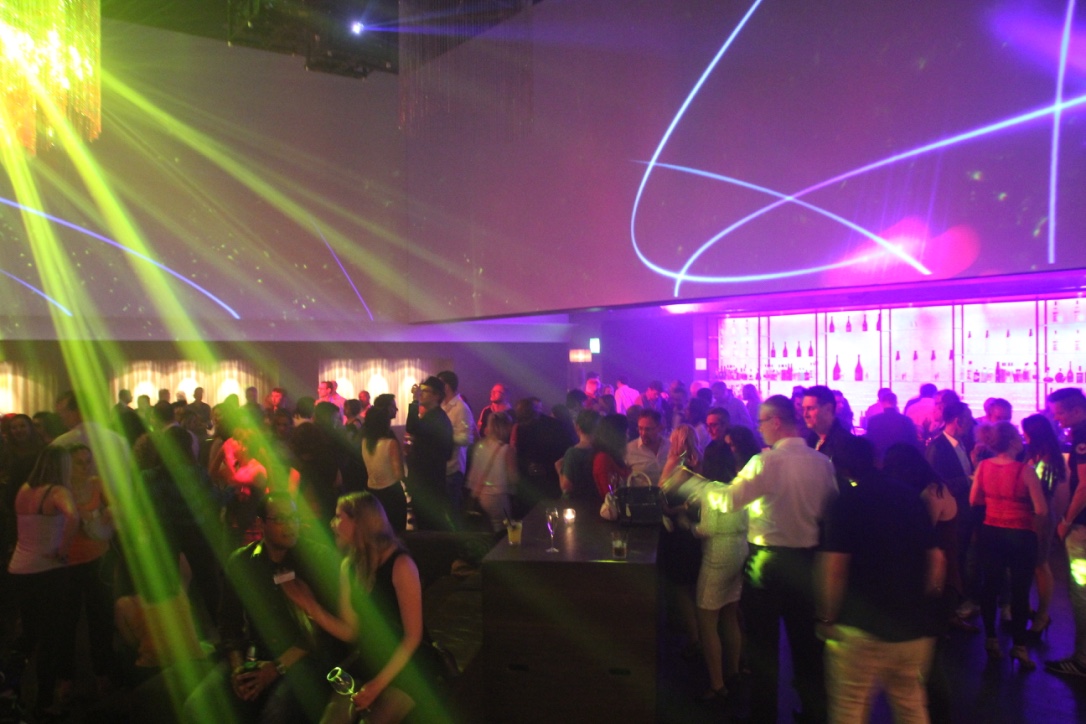 I could not thank our volunteers enough for all their passion and enthusiasm, from asking our members to invite their friends around the world to join InterNations or to create a group themselves and organize activities, to giving me their valuable feedback on what we can do to improve the InterNations experience for all our members.

In the course of the evening, the music got louder and louder, and our members took to the dancefloor to show off their moves. It was really fun to be celebrating with the Zurich Community again after more than five years!