InterNations Founder and Co-CEO Malte Zeeck shares his personal recommendations from his recent trip to Rotterdam.

I was lucky enough to get the opportunity to visit Rotterdam, thanks to a summit hosted there by the Entrepreneurs Organization (EO). The EO is a global network of 11,000 influential business owners that was founded on the idea of helping entrepreneurs achieve personal success and fulfillment.

Being a part of this organization has presented me with several other opportunities to travel. 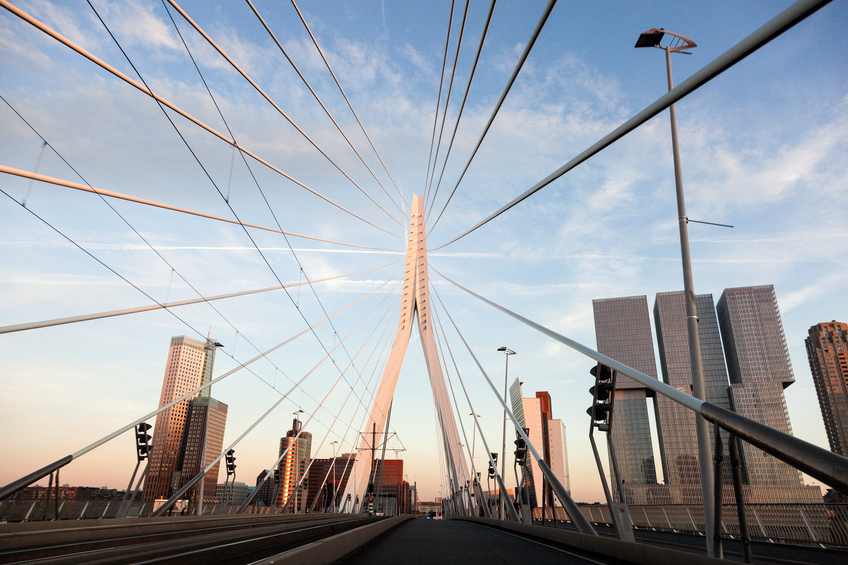 Earlier this year, I went to Malta with a few of my comrades from the organization and, last year, I was lucky enough to travel to Bosnia with the EO to visit the InterNations Community in Sarajevo.

Although my trip to Rotterdam was short and sweet, I made sure to find time to explore the city. Just a 90-minute flight from Munich, Rotterdam is definitely a hidden gem in the Netherlands. Known as the “gateway to Europe”, this modern city is without a doubt worth a visit.

Following a friend’s recommendation, I paid a visit to this unusual attraction, and it definitely caught my attention. The innovative housing development, designed by Piet Blom, supposedly represents treehouses in a forest. Unfortunately my creative imagination let me down at first glance, but after studying the slightly tilted, cubed-shaped houses on top of a hexagonal pillar for a while, I started to see their resemblance to trees. 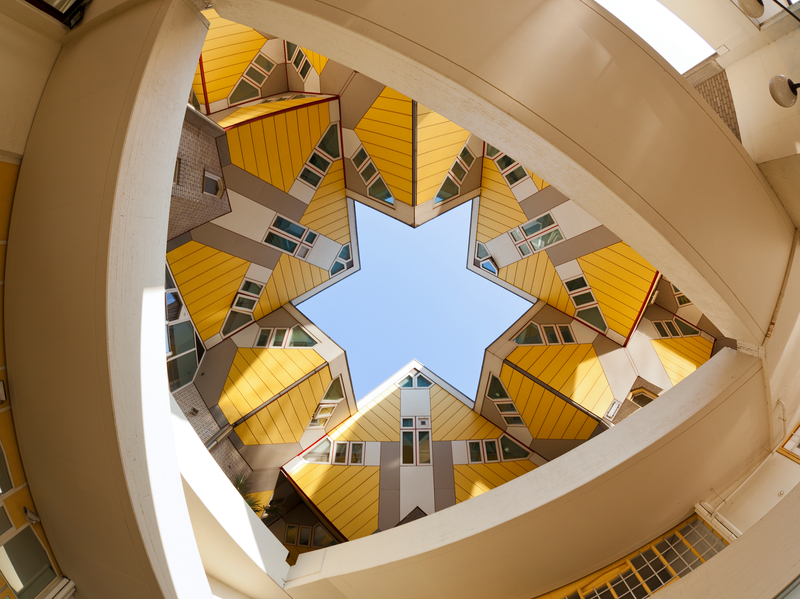 Although contemporary architecture has never been a particular interest of mine, this sight definitely didn’t disappoint. One of the houses is actually open to the public: after having a look inside, I can safely say that living in a lopsided house is not for me. Firstly, the doorways are much too small, and secondly, the houses have no straight walls — I do applaud the residents’ creativity when it comes to arranging their furniture!

Delfshaven: A Pilgrimage Back In Time

As much as I’ve enjoyed the contemporary side of Rotterdam’s architecture, the harbor at Delfshaven has to be one of my favorite spots in the city. The Netherlands aren’t exactly known for their sunny weather, but if you are lucky enough to get a day with sunshine and 20°C outside, do spend it sitting in on the terrace of a bar on the waterfront to admire the old harbor. 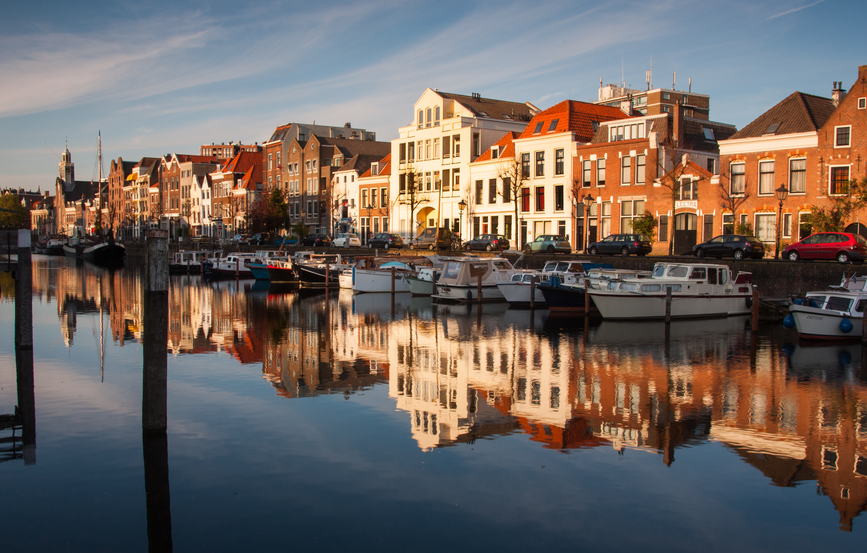 Delfshaven harbor is one of the only areas of Rotterdam that wasn’t completely destroyed in the war, and I found it to be a refreshing escape from the modern city center. My inner history buff led me to take a page out of the tourist’s book and pay a visit to the Pilgrim Fathers Church. This is where the Pilgrims met just before they set sail for America in 1620 and, although it may not appear very grand, the church has a rich history.

This area is also an ideal place for an evening along the canal, for example, to have dinner in one of the many lovely waterside restaurants.

Stadsbrouwerij De Pelgrim: Drinking and Dining Like a Local

After joining a tour of the Old Jameson whiskey distillery during my trip to Dublin last summer, I just couldn’t pass up the opportunity to add a traditional brewery to that list. The Stadsbrouwerij De Pilgrim makes Pelgrim beer based on pure Rotterdam water, earning the beer the nickname “the liquid gold of Rotterdam” — just try for yourself if the taste lives up to the name! 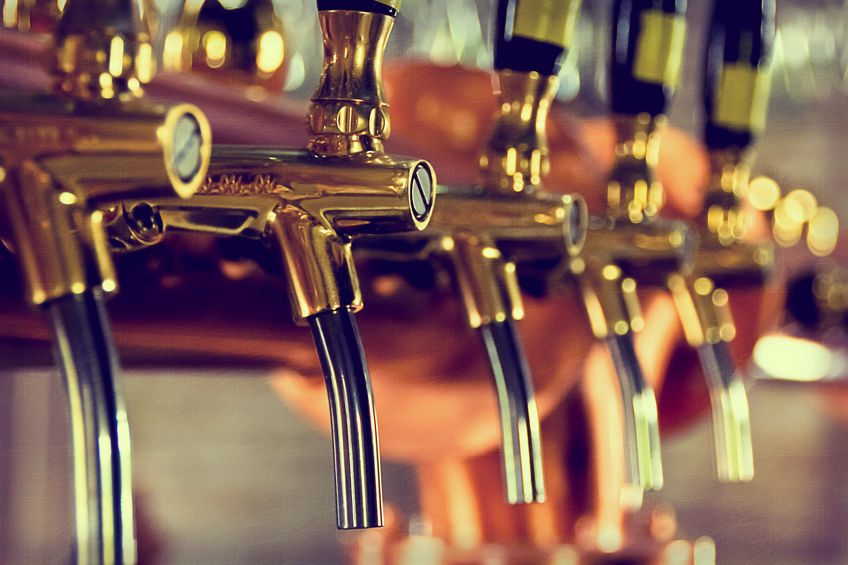 A tasting selection of five beers costs just five euros and, given that the brewery also serves food inspired by and prepared with their own beer, I decided it would be rude not to enjoy a meal there. The great thing is that every time you go back, they’ll have a brand new experimental beer on tap for you to try and give your comments on.

I wouldn’t say that I’m an expert when it comes to art, but whether you’re an art fanatic or not, this museum is definitely worth a visit. The collection has 14,000 pieces on display, focusing mainly on the history of European and Dutch art.

It features some household names that I immediately recognized, like Van Gogh and Monet, or Breughel’s famous Tower of Babel, but the exhibition also houses some other, more modern and unusual artworks, including two cardboard boxes held together with parcel tape — like I said, unusual. 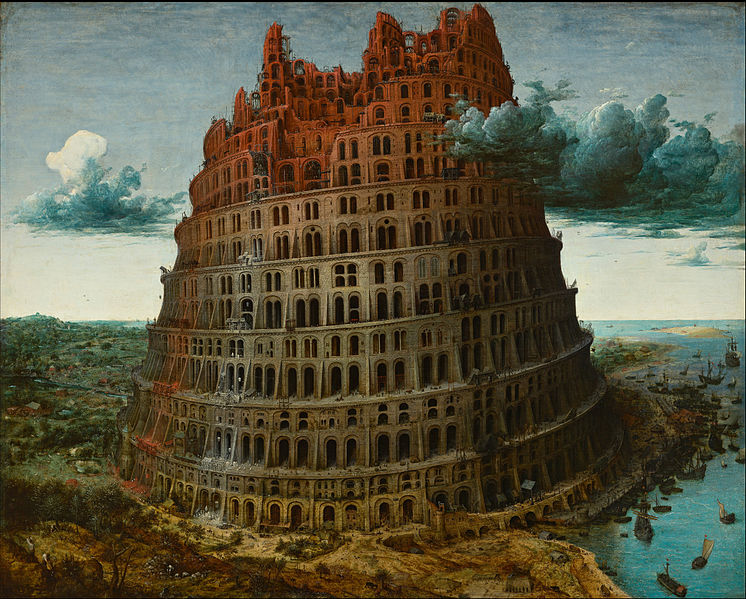 I was told that this piece of art was a representation of modern society, but as I already mentioned, contemporary art is maybe not one of my strongest points…

After a walk around the museum, I decided to take a break and grab a coffee at the onsite espresso bar. Now that design concept I really loved: even the walls of the café are covered in interesting murals, meaning that the whole time you are within the museum, it truly is an artistic adventure.

Given that I only had a short time in Rotterdam, I decided to spend my last morning 185 meters above ground to get a full view of the city. After a busy visit, taking the elevator instead of climbing the 589 stairs up to the “Crow’s Nest” seemed like a much better option. Luckily enough, it was a fairly clear day, so I could enjoy a view of the cityscape from above. 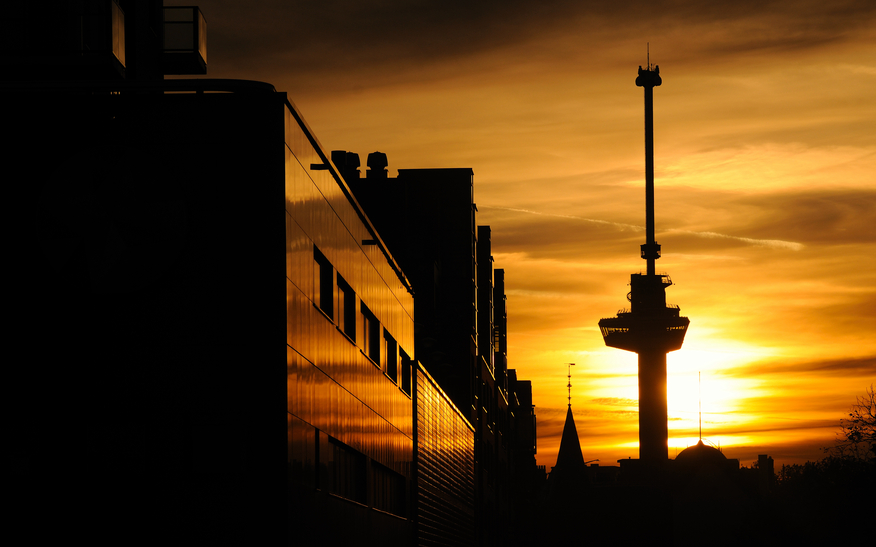 But as urban planners kept adding skyscrapers to Rotterdam’s ultra-modern city center, the panorama from the “Crow’s Nest” is no longer quite what it used to be. So the architects of the Euromast just added a whole new level on top. In the so-called Space Tower, you take a seat on a rotating platform, which moves slowly so that everybody has a 360 degree view of the city. On my way down I learned that you can actually abseil or take the zip wire down the side of the tower — definitely one to add to the bucket list!

Rotterdam, I’ll be back.