InterNations Founder and Co-CEO Malte Zeeck shares his impressions of his trip to Malta and the local event that he attended there.

I was really excited to finally visit Malta for the first time. It took me just a two-hour flight from Munich, and while getting out of the plane, I could already feel the positive change in temperature. I had left a rainy and cold Munich with barely 7°C to be welcomed by a balmy 22°C. 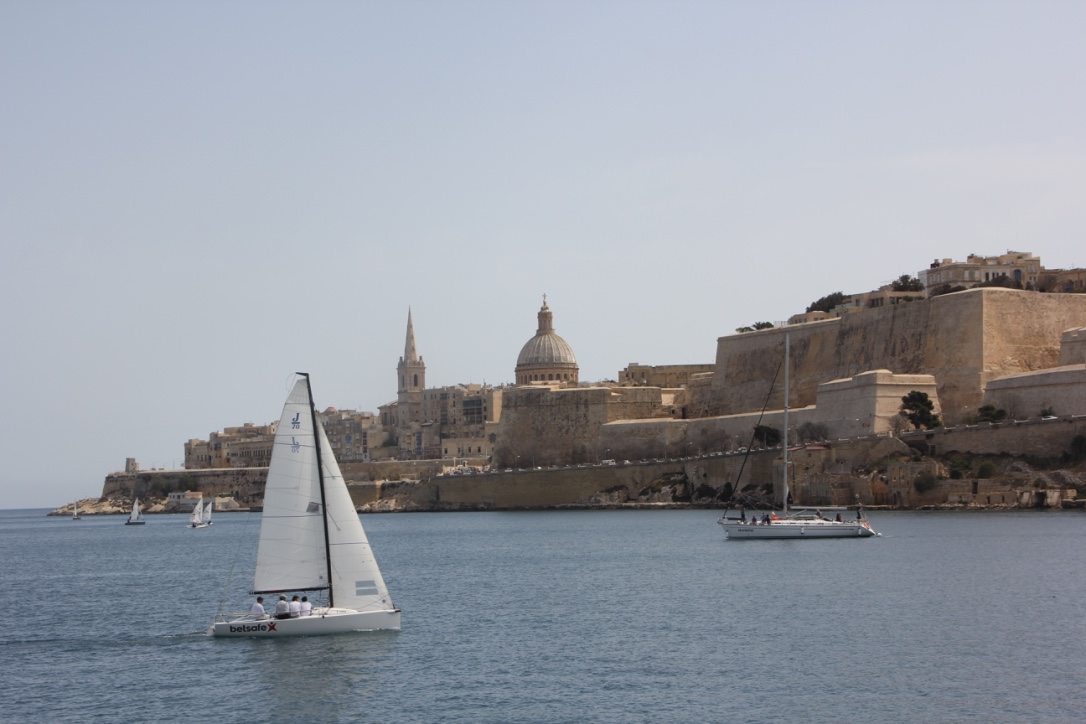 Malta was placed third in last year’s global ranking of the world’s best expat destinations, and the lovely weather might have had something to do with that: more than two-thirds of the survey participants absolutely love the Maltese climate, and not a single respondent actually dislikes it.

On my trip to this sunny Mediterranean island, I was accompanied by my comrades from the Entrepreneurs Organization (EO), a global, peer-to-peer network of more than 11,000 influential business owners with 157 chapters in 48 countries, including one in Munich. It wasn’t the first time that we traveled together: last year, for example, we went on a retreat to Sarajevo, where I also got to visit the InterNations Community in Bosnia.

A Relaxing Start and an Enthusiastic Ambassador

We stayed in Palazzo Villa Rosa in the heart of St. Julian’s — around nine kilometers from the capital, Valletta — and it was a brilliant choice of accommodation: the beautiful old mansion with spacious rooms and its own swimming pool was overlooking the scenic St. George’s bay, and it was also located within walking distance of the buzzing nightlife district of Paceville. 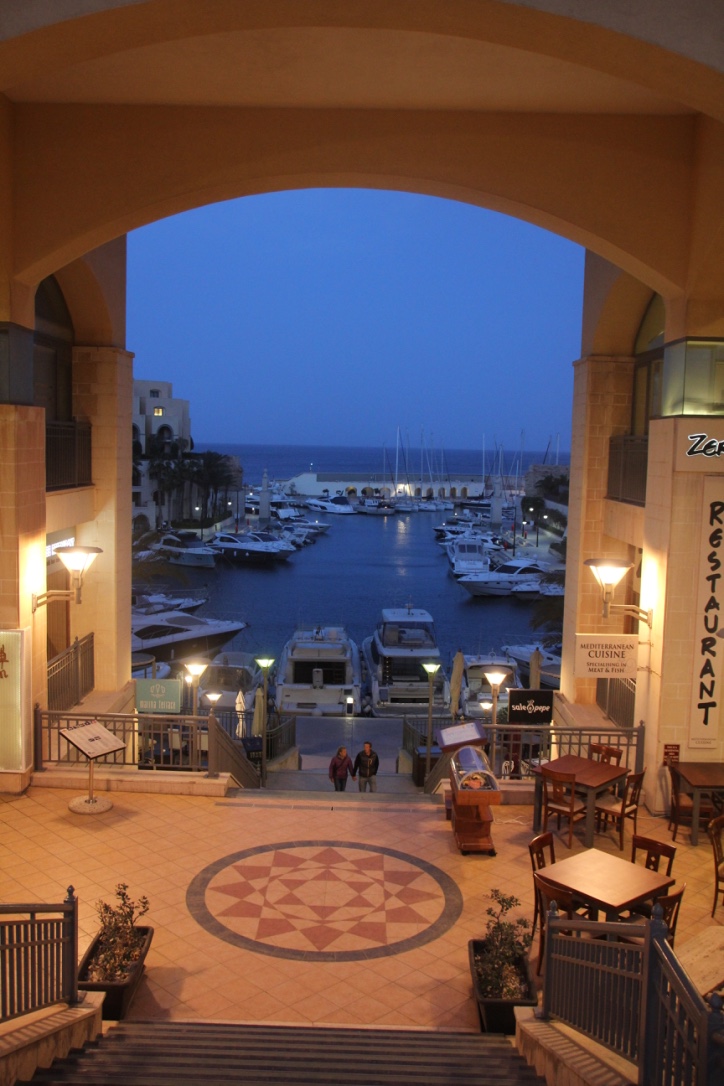 Before heading off to the event location to meet Maria, our InterNations Ambassador, I had a bit of time to relax at the Intercontinental Beach Club — just a few steps away from the villa — and sip a cold beer in the sun, with a gorgeous view of the beach. Afterwards, I headed off to Tiffany Champagne and Wine Bar in Portomaso, where our event was taking place. It’s an old-school type of bar, whose terrace offers a very nice view of the yachting marina.

Maria, who became our InterNations Malta Ambassador in 2014, has been running our local community ever since. She has reliably organized our monthly InterNations Official Events and hasn’t missed a single one since she assumed the Ambassador role. Before stepping up to that position, she had been an active InterNations member for seven years, practically since the InterNations Community in Malta was set up. So she’s been there from the start!

Maria teaches and researches at the University of Malta in the area of language education, and she enjoys traveling and socializing with people from all over the world, which makes her a perfect fit for our community.

A Fun Event by the Waterfront

In Malta, the dominating sectors seem to be the banking and the online gaming industries. The 425,000-strong population on the island also relies heavily on tourism, including an abundance of language schools for international students, with English being spoken by the majority of the Maltese. All these factors explain why Malta is an attractive destination with a fairly large foreign community for so small an island nation: in 2013, for example, the number of foreign residents grew by over 3,000. 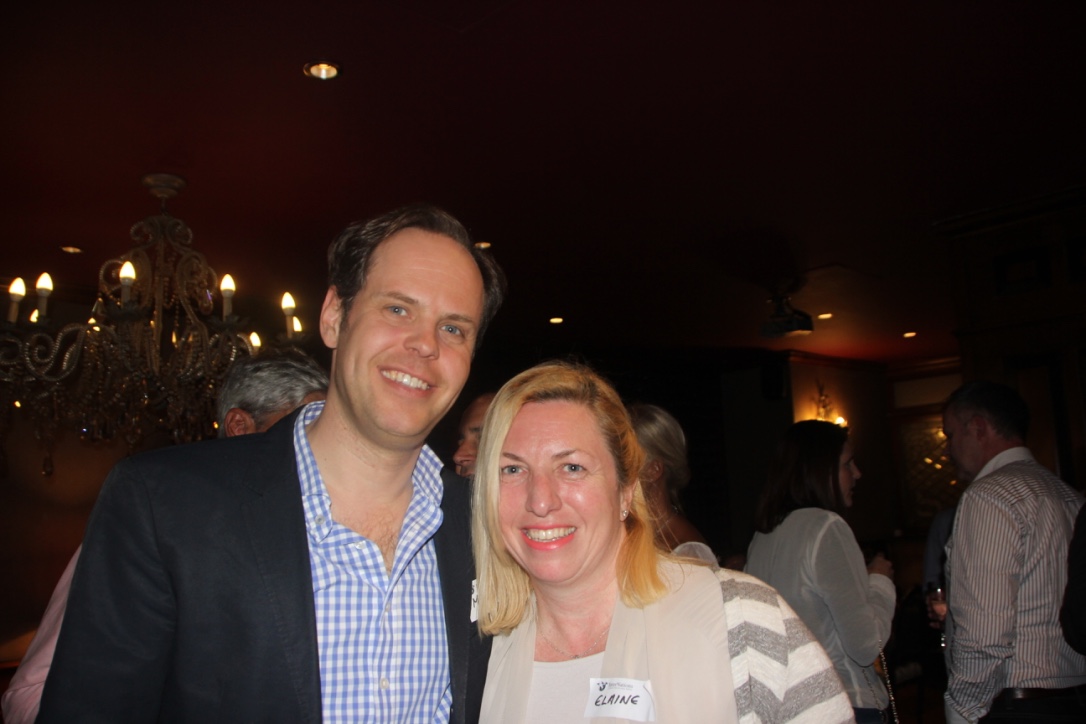 The InterNations Malta Community is flourishing, too: more than 120 members from 34 nations had signed up for the upcoming event and were looking forward to another entertaining evening full of socializing with expats from all over the globe.

At the event, I also met Elaine, an expat from Ireland who used to live in London for 16 years before moving to Malta in 2012. Elaine is not only an avid traveler and an entrepreneur who runs her own business in Malta — she is also an InterNations Group Consul for the Malta Sports & Social Group, as well as the Malta Arts & Culture Group. She was clearly very enthusiastic about the InterNations Community, and we talked about the groups and their activities in Malta. We now have around 20 groups that are very active, such as the ever-popular Malta Dinner Nations Group.

Apart from our Group Consuls, I also had the pleasure of talking to various members from different countries, like Iceland, Ireland, the UK, Australia, Malta, Germany, and Denmark. I was surprised and delighted to run into someone whom I’d previously met at an event in Stockholm last year. It’s a really small world indeed!

I officially opened the event with a short speech, in which I thanked Maria, Elaine, and all the other volunteers who help the InterNations Malta Community to grow by regularly organizing great events and activities, and who give our members the opportunity to meet up and socialize. I was also happy to announce that our InterNations mobile app was soon to be launched, and I encouraged the members to share their feedback.

Later that night, after the event, Maria took me and a few other members to Hugo’s Lounge, a popular Asian dining place and nightclub near the event location as well as my accommodation — a great end to an eventful day.

Travelling Back in Time in Malta’s Streets

The following morning, we met up with Maria for breakfast in Sliema — the town right next to St. Julian’s — in Fortizza Bar and Restaurant by the waterfront. The restaurant is located in a very original venue, a former artillery battery from the 19th century. After enjoying a delicious meal, Maria took us on a tour around Valletta and Mdina, the current capital and the former one, two cities full of history.

Valletta goes back to the times of the Order of the Knights of St. John from the 16th century, and the city and its buildings still retain their Baroque character. Mdina — whose name comes from the Arabic word for “city” — was Malta’s former capital, first fortified around 700 BC. I noticed how peaceful and picturesque the city was — today it houses fewer than 300 inhabitants. 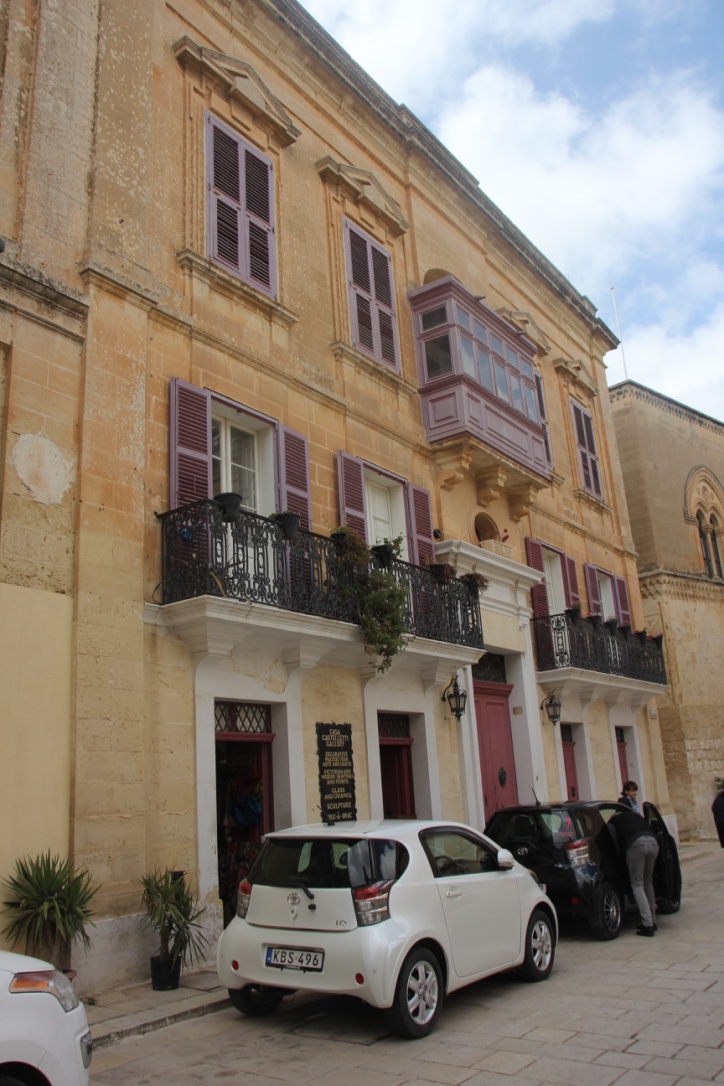 Along the way, we had the chance to talk about the development of the InterNations Community and how it could grow even further, as well as the challenges she faces when she organizes official events.

After our sightseeing tour, we stopped for dinner at La Dolce Vita, a popular seafood restaurant overlooking Spinola Bay back in St. Julian’s. When darkness fell over the sea, we headed over to Floriana to check out the local fireworks festival, which takes place there in April every year. The amazing displays briefly lighting up the night sky were a fitting end to a brief short visit full of highlights.

The following morning I would go back to the airport and return to a cold and unfriendly Munich, but I was resolved to come back to Malta one day. After all, I had only seen a fraction of everything this tiny country has to offer.