InterNations Founder & Co-CEO Malte Zeeck remembers his recent trip to our official event for the Cape Town Community — as well as the rather unusual way he arrived there.

The InterNations Official Event in Cape Town almost turned out to be a non-event for me — and then it turned into the one with the most extraordinary way of actually getting there. 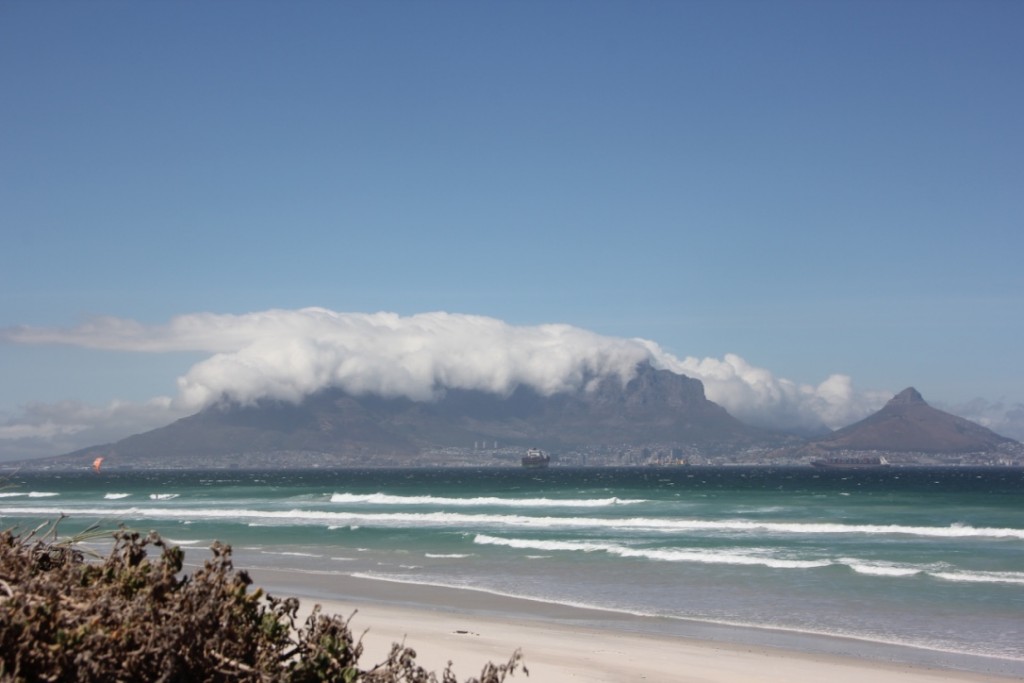 After my visits to Johannesburg and Pretoria, I took the famous scenic train route southbound to the cape, with a stopover in the mining town of Kimberley. The train was scheduled to arrive in Cape Town in the early afternoon, and the event would start at 18:00, with plenty of time for me to get to the venue. Or so I thought.

To Cape Town by Train — And Plane

When I woke up and went to have breakfast in the dining car, I noticed that the train was by no means where it should be according to the timetable. Due to heavy thunderstorms that had affected the railroad tracks, we were stuck in the middle of the South African desert. The friendly conductor assured me that we’d arrive in Cape Town by 22:00 at the latest.

While I was still trying to explain that I had an appointment at 18:00, I was already thinking about potential alternatives for getting to Cape Town, from renting a car to booking a flight. What happened when I started asking about other passengers took me completely by surprise, though. 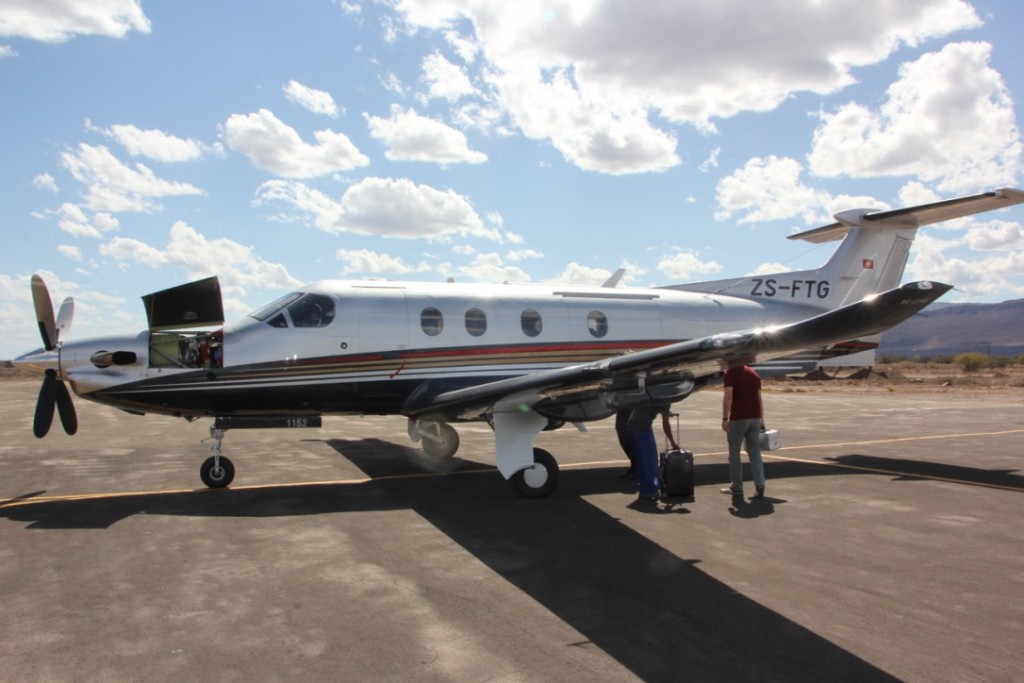 “There’s another gentleman who urgently needs to get to Cape Town,” the conductor explained, proceeding to introduce us. The gentleman in question was a Dutch businessman, who was seriously considering booking a private charter jet from Cape Town to come and pick up his wife and himself in the middle of the desert in Beaufort West. Which he then actually ended up doing — and generously invited me to just come along, spontaneously and for just a small contribution that he would then donate to a local charity in Cape Town.

So, due to this astonishing act of kindness from a complete stranger, I ended up flying into Cape Town on board a small eight-seat charter plane, with the most amazing view of the cityscape and the Table Mountain thanks to my seat in the cockpit next to the pilot. We even landed at the international airport right next to the big airplanes from Lufthansa, British Airways, etc.! From what I heard later on, the train didn’t arrive until the wee hours of the morning, long after midnight. Not only did I get to the Ritz before the party started, but I also had a great story to tell when asked about my trip from Pretoria.

With around 7,000 members and 13 InterNations Groups, the Cape Town Community is the second-largest in the country, right after Johannesburg, and even makes it to the top five communities on the entire continent.

While I unfortunately didn’t have the chance to introduce myself to Teresa, a British financial consultant and the third member of the Cape Town Community Team, the other two InterNations Ambassadors hosted the event that night: sadly, it was to be a farewell for one of them. 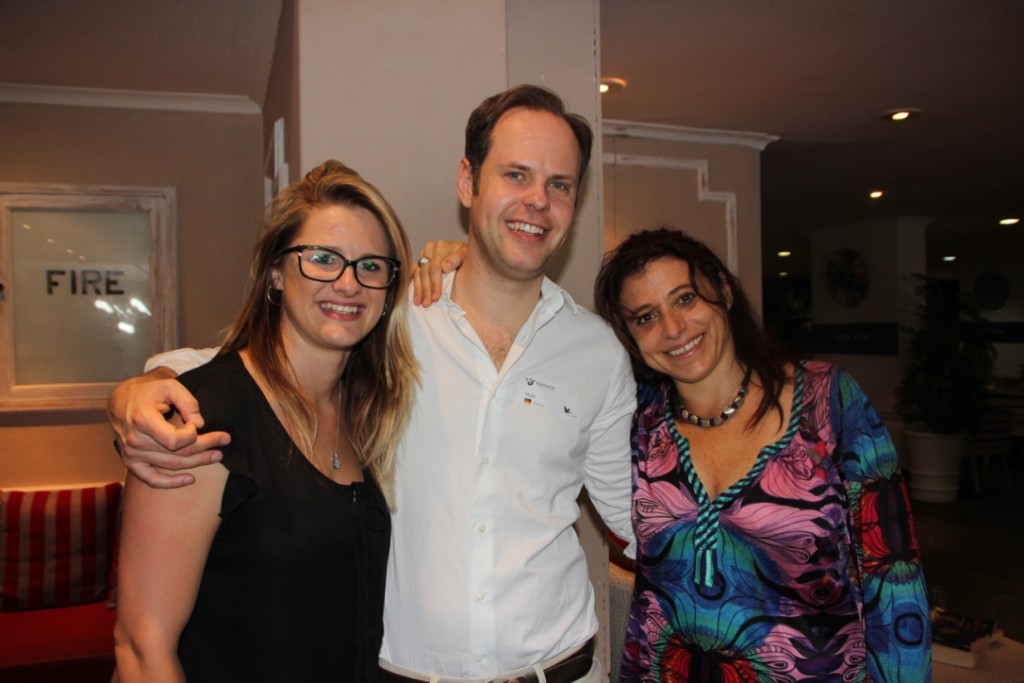 Jess, a Dutch expat from Maastricht, had decided to step down from the Ambassador role, though she’ll be staying on as the Consul for our popular Cape Town Lunch & Brunch Group.

At least, I could thank her and her fellow Ambassador Marta, an Italian lawyer turned tour operator, for their success at organizing great events for the international community in town. A big “thank you” was also due to Nicole, a committed InterNations member and friend of Marta’s, who had lent them her support.

Puttin’ on the Ritz

All in all, the Cape Town event welcomed nearly 170 guests that night — 42 different nations were represented on our guest list. Expats from Germany, the UK, the US, and the Netherlands, from Zimbabwe, Zambia, Malawi, and plenty of other countries, mingled with locals from the Cape Town area on the terrace of the Ritz, less than 300 m from the waterfront.

The cool breeze from the ocean helped with the rather hot mid-summer temperatures, but the wind also proved to be a bit of a hindrance when I wanted to hold my welcome speech — and realized there was no microphone. I hope the attendees still got the gist of what I wanted to say. Despite that slightly awkward moment, I think we all enjoyed ourselves greatly. 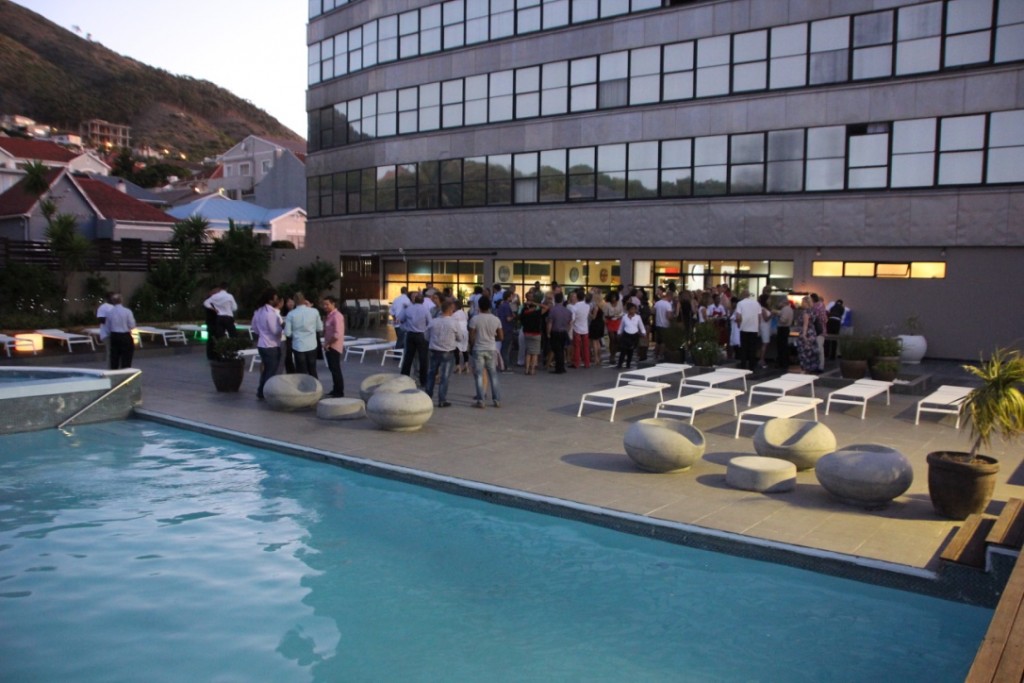 There was a special DJ just for our outdoor location, who provided us with catchy Salsa tunes, which gave the evening a very laidback, coastal vibe. Before the serious dancing started, I happened to meet several old friends of mine, who are now living in Cape Town or just stopped by while visiting the country.

As always, I was also happy to seize the opportunity and talk to our members in person. Some of them, like Brett, the Consul of our Cape Town Out and About Group, told me about their activities, while others just wanted to share their experience with InterNations and getting connected with global-minded people in Cape Town.

“InterNations really saved my life here,” someone said, describing the initial struggle with building up a circle of friends. It’s moments like this that are the best feedback which my team and I could ever wish for.