Let’s get started indeed: I began the New Year in my role as InterNations Founder & Co-CEO with an extended trip to our three largest South African communities: Johannesburg, Pretoria, and Cape Town. I’d visited this beautiful country before, 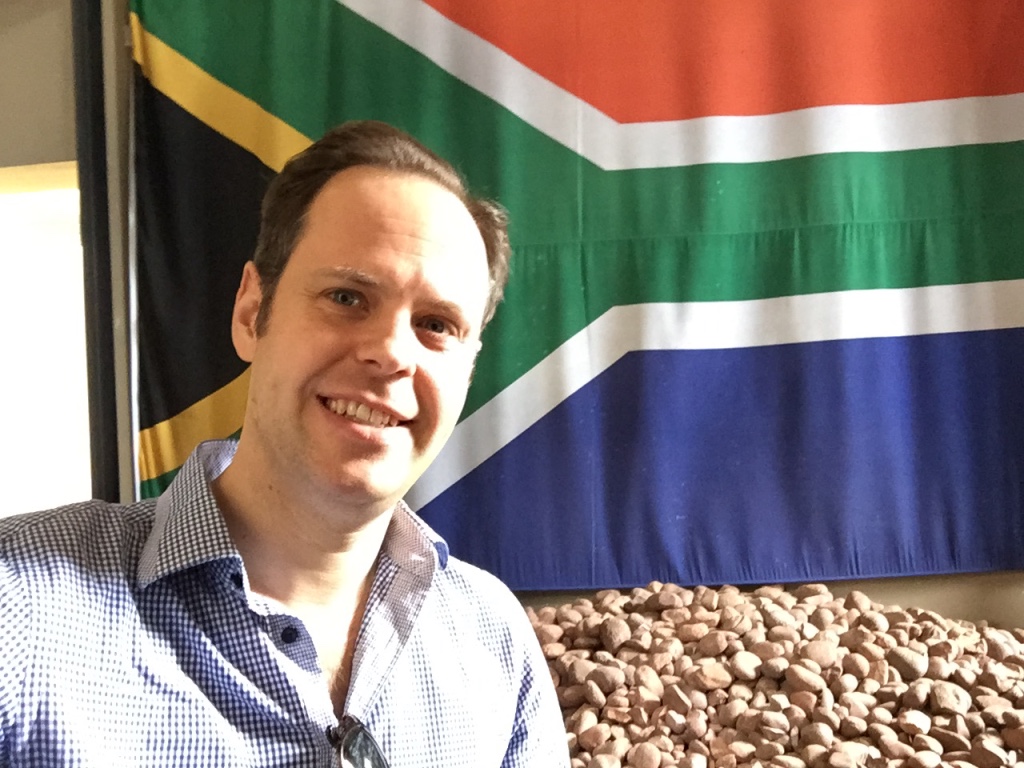 but it had been a while since I stayed in any of these cities — my last visit to South Africa took place a decade ago, before we’d even founded InterNations.

I used to come to Johannesburg as a student when I was working as a flight assistant for Lufthansa for my part-time job, and my last visit to Pretoria took place an even longer time ago. It is still one of my fondest memories from my teenage years when my parents took us on a tour of South Africa during our summer vacation.

But it wasn’t just about returning as a tourist after more than twenty years — I was also looking forward to seeing local life from the expat perspective. Johannesburg, the largest city in the country, is unsurprisingly among our largest local communities in all of Africa as well. With more than 9,500 members, it is second only to Nairobi, the biggest InterNations Community on the continent.

Three InterNations Ambassadors organize local community life for our members in “Jozi”: Stefan, a German professor of biochemistry at the University of the Witwatersrand, Rachel, a Durban-born lawyer and self-described “social butterfly”, and Phumzile, a local PR consultant and avid traveler. Unfortunately, I didn’t have the opportunity to meet all three of them, as only Stefan was hosting the event that night. 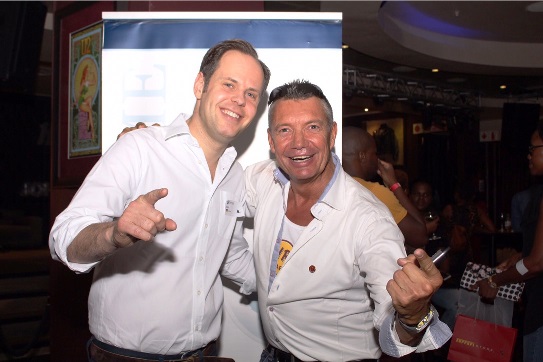 I must say that I’d imagined a professor of biochemistry just a tad differently — perhaps more like a bespectacled nerd from a TV sitcom, while he rather demonstrated his true “rocker” credits: the event venue was the Jo’burg Hard Rock Café in Sandton, the city’s premier business center and shopping hub, and Stefan ended the evening by riding the café’s showpiece, an authentic vintage Harley Davidson on display on the premises, once around the café.

This intermezzo was a fitting ending to our New Year’s Party, a clubbing event to kick off 2016 in style, and a bit livelier than the get-togethers for socializing and professional networking that are also a regular feature in the InterNations Johannesburg Community.

The party started off quietly, and fairly early to boot, around 18:00 on this sweltering summer night: 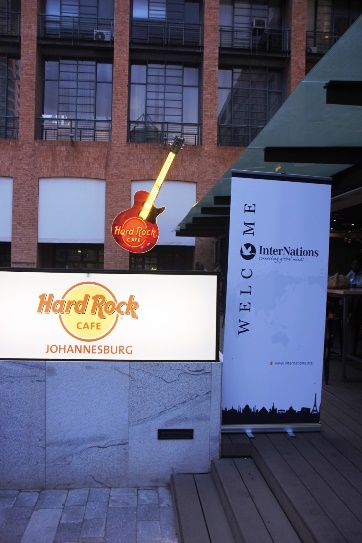 indeed, local temperatures took me some time to get used to, even after an unusually mellow winter in Munich. Before we began to live up to the location’s name and reputation, rocking it hard, there was ample time for meeting and greeting the guests — 190 attendees from 50 countries — and for chatting with plenty of individual InterNations members.

After a brief welcome speech by Stefan and me, to thank all our volunteers, such as Tyrone and Monique, the friendly welcome team at the door, and Ingrid, the professional photographer who took care of event pictures, I had the chance to talk at length to several people actively involved in the Johannesburg Community.

InterNations Group Consul Nkuli organizes a variety of local culture outings, for example a Zulu class, as well as outdoorsy adventures, like a tour of one of Johannesburg’s famous diamond mines or a kayaking trip. Her fellow Consul Porti, is in charge of our Johannesburg Professional Networking Group: if you should ever want to hone your perfect elevator pitch or need advice on immigration law or tax issues in South Africa, you now know whom to ask! 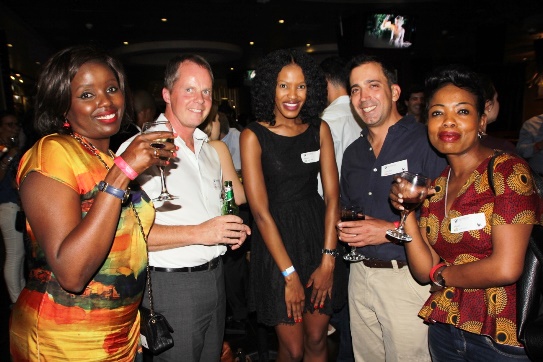 In the highly diverse crowd of people with very different jobs in a wide variety of industries, I even recognized a few familiar faces: not only did several guests tell me that they’d already been to other InterNations Official Events around the globe, but I even happened to run into a Finnish lady I’d previously met in Santiago de Chile, as she used to be an expat living in Chile before. It’s a small world after all!

Last but certainly not least, I also got to know Alcinda, one of the three InterNations Ambassadors in our Pretoria Community, who’d come to stop by at the Jozi Event.

Off to the City of Jacaranda Blossoms

I was headed for Pretoria the following day: compared to Johannesburg and Cape Town, the local InterNations Community is relatively small, with barely 2,500 registered members. Though Pretoria is a less populous city than Jo’burg by far, its status as South Africa’s executive capital attracts a fairly large expat population: quite a few of the attendees at the Pretoria Event worked for one of the many embassies.

The guest list for the event was indeed highly international, with about 90 people from 40 countries coming to join us for after-work drinks at the Black Bamboo, a contemporary five-star restaurant in one of Pretoria’s leafy suburbs. 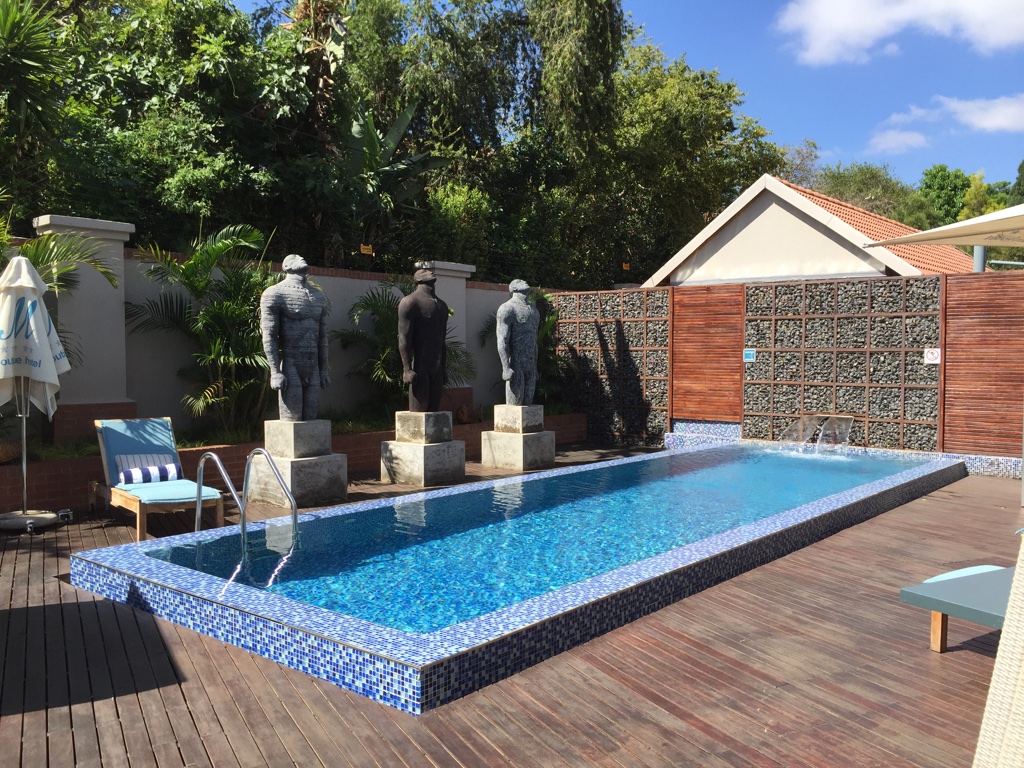 Unfortunately, we couldn’t really take advantage of the spacious terrace: the hot summer temperatures now brought on a full-blown thunderstorm with heavy rains, so we had to take refuge indoors at the champagne bar.

The atmosphere seemed very familiar and cozy, and many of the regulars already knew each other really well. No wonder — judging from what more than one InterNations member told me that night, Pretoria is more famous for its vibrant Jacaranda blossoms rather than its vibrant nightlife. Thus, they are very grateful to our InterNations Pretoria Ambassador Team for providing them with regular opportunities for networking and celebrating at some of the town’s upscale locations.

Robert, a Dutch water resource specialist from the Frisian town of Stiens, attended the event with his wife, and his fellow Ambassador Alcinda — a financial consultant with previous expat experience in neighboring Mozambique — then told me the story of how she met her French boyfriend thanks to InterNations. Sadly, I missed out on meeting the entire Ambassador Team once again: Lusungu, a human rights lawyer from Malawi, couldn’t make it that day. 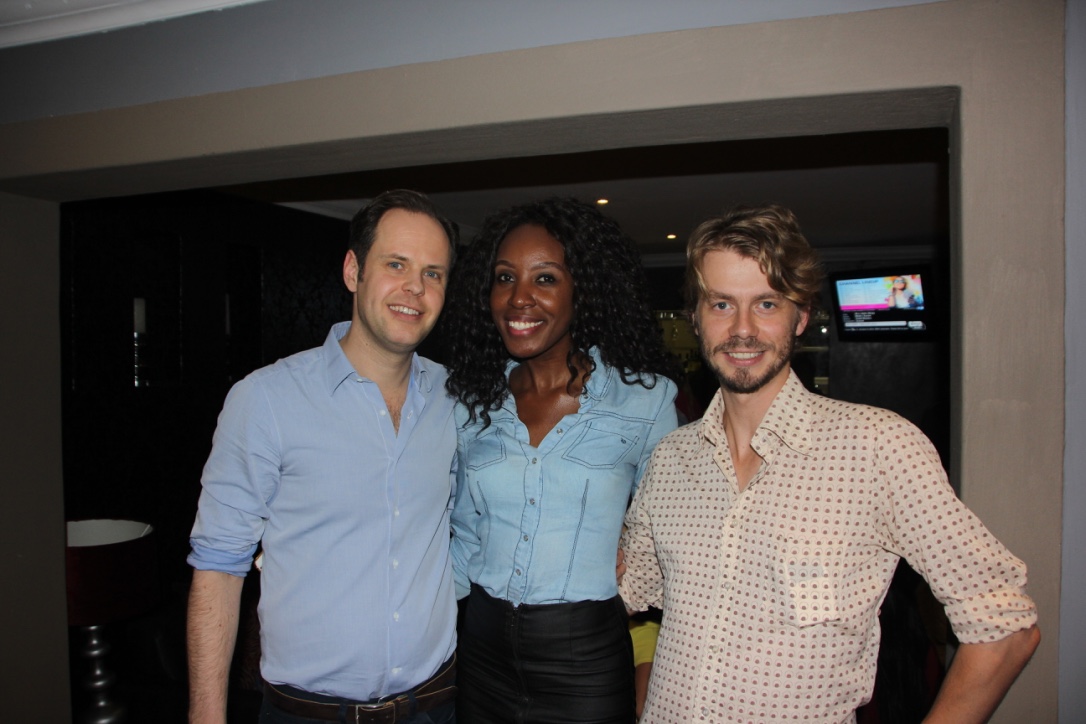 However, I did enjoy the opportunity to talk to some of the InterNations Group Consuls, such as Mahlogonolo, who, together with Dutch PhD student Elise, is running the Pretoria Fun and Adventures Group. Here in Pretoria, our InterNations Groups and their activities are just starting to get off the ground.

In addition to Mahlogonolo’s group, we have got the ever popular DinnerNations format and a local group for sports and outdoors enthusiasts. But, as I said in my “thank you” speech to the entire InterNations Pretoria Community Team, I’m sure that even more volunteers will be getting involved in connecting expats and global minds in town.

And although that event didn’t end with a spectacular motorcycle ride, everyone did have a great time: a close-knit group of guests stayed so long — definitely much later than the official end at 23:00 — that the staff of the hotel bar simply gave up and left us there with our last orders, to talk and talk until the small hours of the morning.