InterNations Founder & Co-CEO Malte Zeeck made a last stop in Switzerland before the end of the year and visited our community in Geneva.

Geneva is our second biggest community in Switzerland, after Zurich, with almost 20,000 members. This should not come as a surprise, as Geneva is a very cosmopolitan city and home to a lot of international organizations, such as the United Nations, the World Health Organization, or the International Committee of the Red Cross.

Needless to say that visiting this city and finally meeting the Ambassadors in person was long overdue. 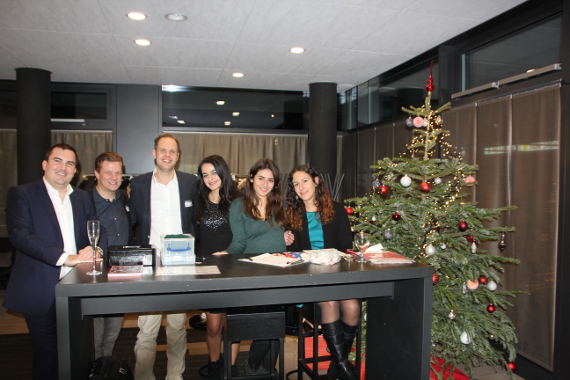 I planned to attend the community’s Christmas event, which was hosted at a relatively new and stylish venue, Lake Geneva Hotel, in Versoix. It is only located 15 minutes from the city center, right on the lakeshore. We had over 400 members from more than 80 countries on the guest list, making the event something to really look forward to.

Unfortunately, I arrived with a 90-minute delay and almost missed the beginning of the event. But Greg, one of the Ambassadors of the Geneva Community, who was kind enough to pick me up at the airport, didn’t waste time with sightseeing and took me right to the venue instead. That way, we made it just on time! 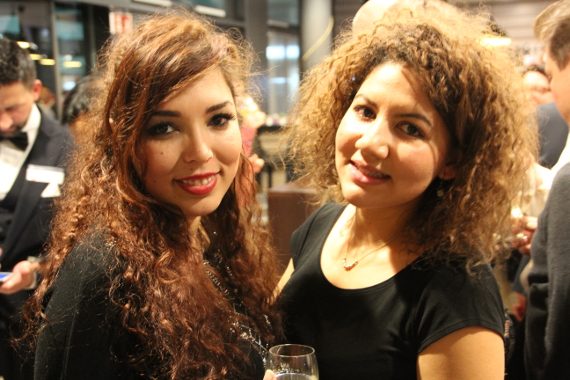 There, I met the rest of the Ambassador Team: Federica and Goncalo were busy welcoming arriving members and greeted everyone with a smile. Sadly, I didn’t get to meet Hasti, who was in Paris that night, or our two Newcomers Ambassadors, who simply couldn’t make it. However, I used the opportunity to get to know some of the Consuls of our Swiss communities, such as Kenza from Morocco, who runs one of our groups in Lausanne.

Aside from the wonderful Ambassador Team, the chocolate fountain and the chocolate cauldron filled with sweets were probably the highlight of the night. 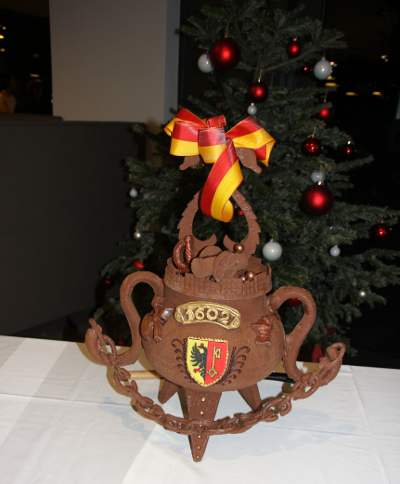 The latter was put up in celebration of L’Escalade, the 1602 victory of the Geneva people over the troops of the Duke of Savoy. This day is usually commemorated on 11 or 12 December and includes mulled wine, children singing Escalade songs, and the aforementioned chocolate cauldron, which we broke open to get to the sweets.

On the night of the event, there was also a terror warning in Geneva and people were urged to stay at home and avoid public places. Luckily, two suspects were arrested and there was no reason to worry in the end, but some members erred on the side of caution and did not attend the event. Nevertheless, the night was a great success and I got a lot of feedback from different guests.

Of course, my night didn’t end there. Greg and Goncalo decided to take me to a few of their favorite places around town. Our first stop was a local bar called Arnold & Julen. Not only is this a nice, relaxed place in the middle of the city, but Greg and Goncalo also insisted that this bar serves the best gin and tonic in all of Geneva. Then we hit Rooftop 42 to enjoy the great view of the city before we moved on to Baroque Bar and later Baroque Club to dance all night. 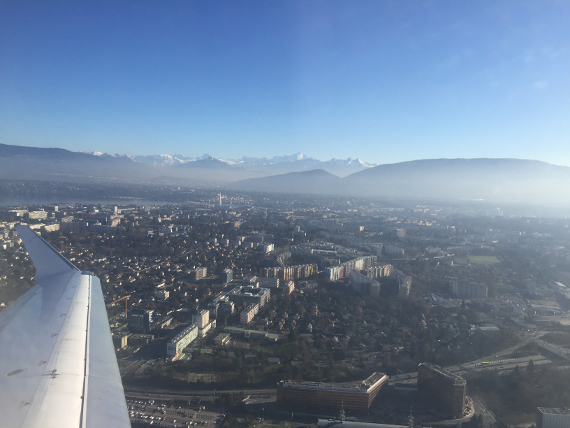 The next day, we all met up again to enjoy the view of the lake over breakfast before they drove me back to the airport. Our Ambassador Team and our members make Geneva a great community with a great spirit. The city was the perfect choice for my last community visit of the year 2015, and I hope that I will get to see a lot more places which are as welcoming as Geneva in the year to come.