Every culture — not to mention every family — has their own holiday traditions, and some are well worth knowing. Not only is it fun to read up on various festivities worldwide, but it can also save you from being caught off guard abroad: Imagine visiting a peaceful Austrian town in early December only to be (unpleasantly) surprised by a Krampus, or having to dodge roller skaters on their way to mass on an early morning run in Caracas!

These traditions certainly brighten up the month of December, which is frequently so dark and dreary for half the world, and some might even convince you to visit the respective country this season.

The Straw Goat with the Odds Stacked against It 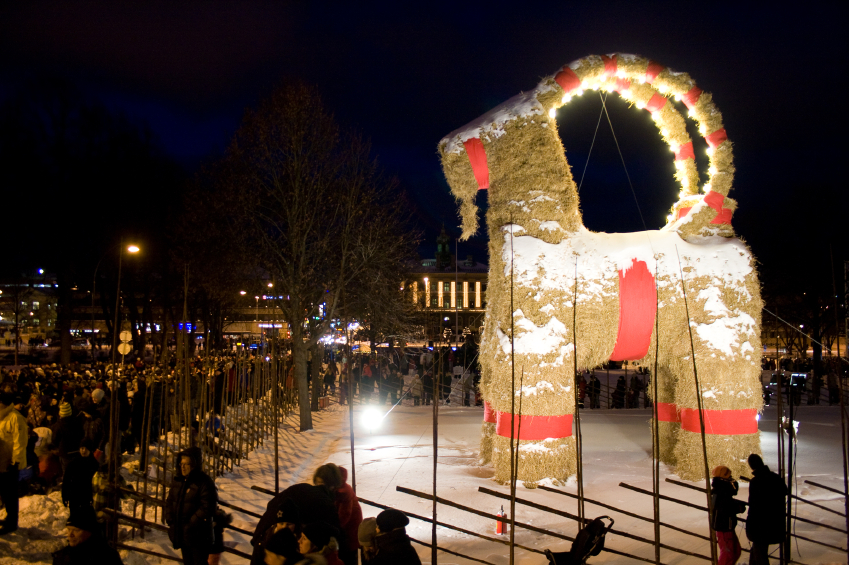 If you thought Santa Claus has monopolized the title of winter holiday celebrities, think again. The Gävlebocken boasts its own blog, website, email address, and live camera feed, keeping over nine thousand followers up to date through Instagram and Twitter accounts. However, much like with other celebrities, if you get too close, its bodyguards will apprehend you.

Why would a thirteen-meter (42 ft. 7 in.) straw statue of a goat, weighing over 3.6 tons (over 7,900 pounds), be in need of guards, you may wonder? Well, pyromaniacs from all around the world come to Gävle each year to take part in a race against the clock.

The game starts on the first Sunday of Advent when the goat is set up on Castle Square in Gävle, Sweden, and ends after New Year’s Day when it is taken down. The aim of the game is to ignite the straw goat before this happens. Care to hazard a guess at how many years since its inauguration in 1966 the goat has made it to its intended end? Only 22 out of its 49 years, putting its survival rate at around 45%.

Oh, and we’d just like to point out that setting the goat on fire is actually arson and vandalism, so don’t try it yourself! 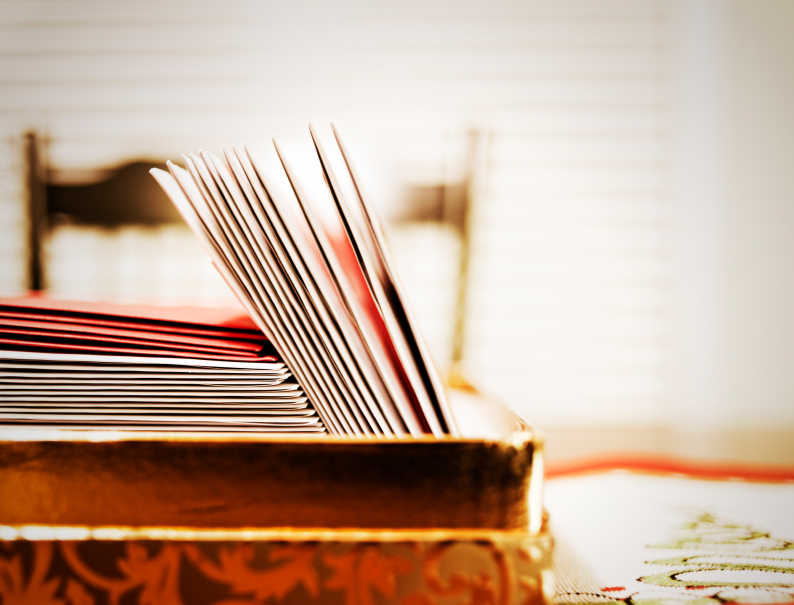 Come November, kids from all around the world can send letters to Santa. Multiple post offices across the globe accept letters addressed to Santa, including some in Germany, Australia, France, Poland, Finland, and Ukraine. Canada Post, however, is the most popular and has long been a very dedicated pen pal to many children.

With employees of Canada Post answering Santa’s mail for over three decades, this tradition reaches children all across the globe and spans across generations. Language barriers are a non-issue for Santa’s post office, with even letters in Braille being dutifully responded to. Letters can be addressed to Santa Claus at North Pole, HOH OHO, Canada.

Santa’s one request? Send the letter by 16 December in order to get a reply in time for Christmas, and don’t forget your return address! 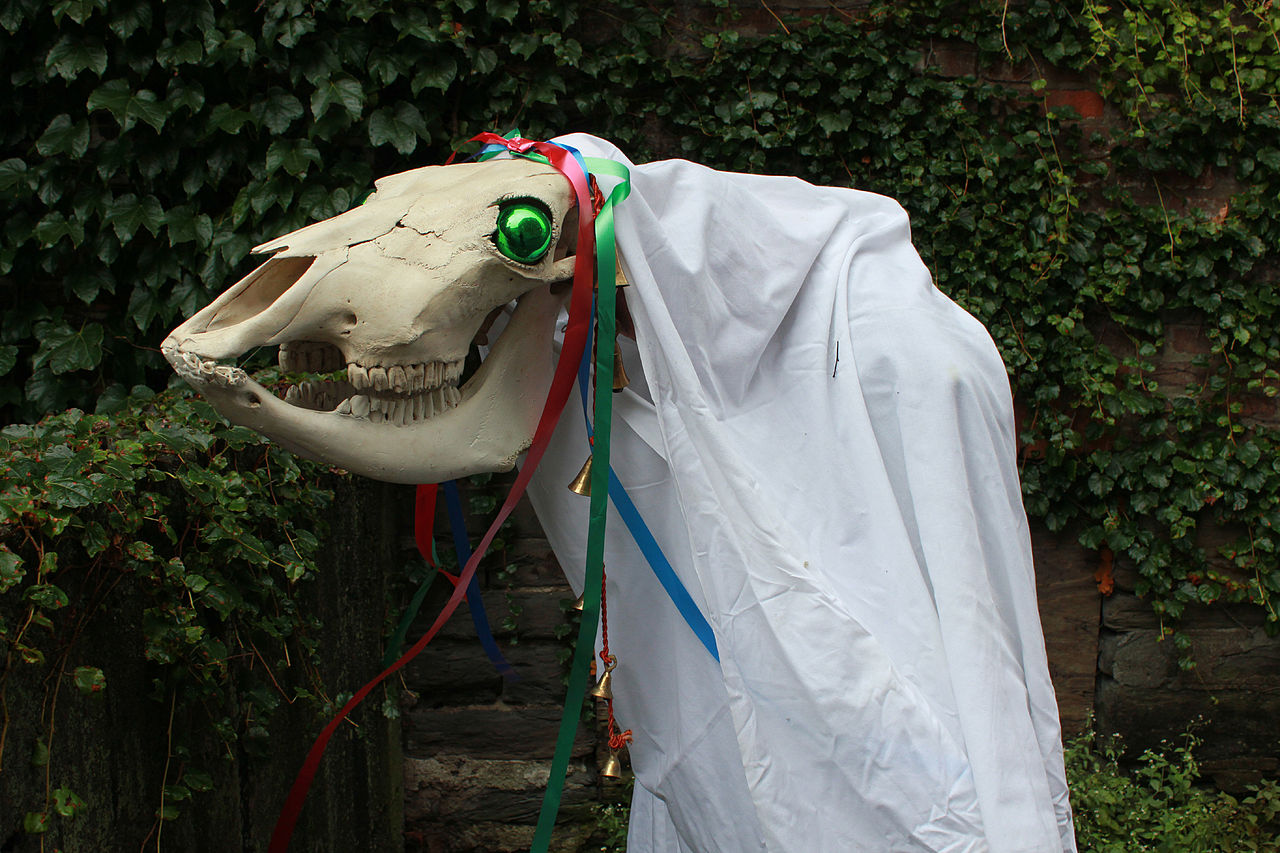 Mari Lwyd, or, the Grey Mare, is an age-old tradition in Wales. The Grey Mare presents itself in the form of a horse’s skull mounted on a pole, the bearer of which is covered by a sheet attached to the top of the pole. This may sound rather morbid, but fortunately the Mari Lwyd is accompanied by a witty group of singers!

Should you come to find said mare on your doorstep sometime in late December, and should you feel confident in your ability to spontaneously burst into verse, you can challenge the singers to a lyrical debate known as a pwnco. If the Mari Lwyd wins, she gains access to the establishment in question, be it a home, a restaurant, or a pub.

Sadly, you will seldom see the Mari Lwyd prancing through Welsh towns nowadays. Arguably this could be due to the fact that horse’s skulls are simply not as easy to come by as they once were. As with most relics, the tradition of Mari Lwyd is preserved in a museum. The one place you can be sure to witness a performance of the Mari Lwyd and her men is at the St. Fagans National History Museum. 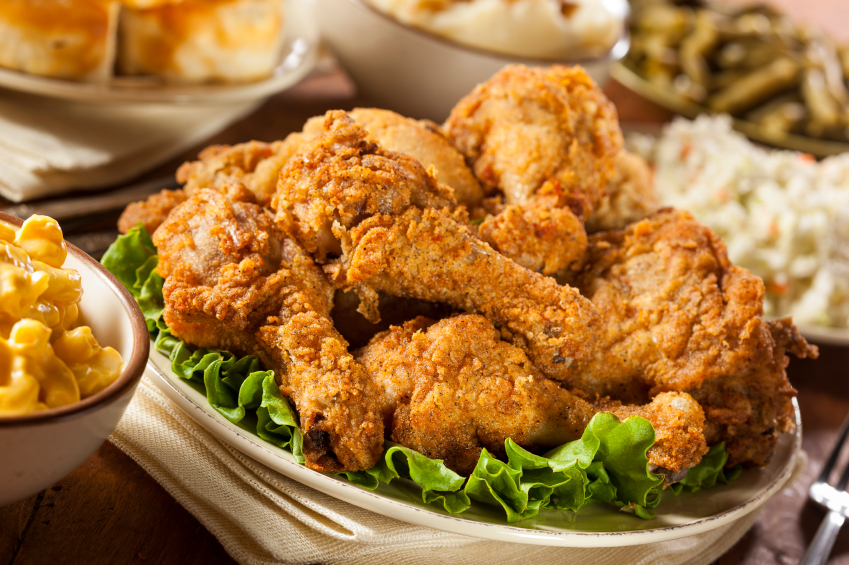 I think we can all agree that there’s certainly nothing wrong with the Japanese using Christmas, a holiday which is not traditionally part of their culture for most of them, as an excuse to get together and have a tasty, holiday-themed meal. Why has it made our list of kooky holiday traditions, though?

Well, the scene described above is set in KFC franchises all across Japan on Christmas Eve. Reserving buckets of chicken well in advance and endless queuing are all part of Kurisumasu ni wa kentakkii — Kentucky for Christmas! This tradition is the direct result of a very successful marketing campaign launched in 1974. The campaign was inspired by foreigners in Japan looking for the next best thing after having failed to find turkey for their holiday feast.

Now KFC is capitalizing on Japan’s turkey scarcity, to put it mildly. The marketing gurus have succeeded in removing the stigma around hosting a traditionally family-oriented holiday, where people take pride in laboring over a home-cooked meal, in a fast-food joint.

Krampus and Saint Nicholas — Ying and Yang in the Alpine Region 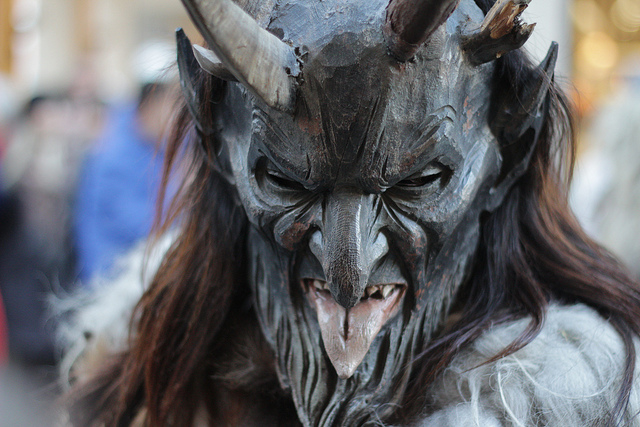 The night of 5 December strikes fear into the hearts of children in these areas. As they’re anxiously waiting to see if the Krampus will drop by to settle the score, they’re undoubtedly regretting the tantrum they threw the week before or the broken china they swept under the rug.

To be fair, many Krampus costumes would put adults on edge, too — you won’t forget your first encounter with a Krampus. The Krampus often comes armed with a bundle of twigs, chains and bells, and a sack to carry away the naughty children who will not be receiving gifts from Saint Nicholas the day after.

Mass in Venezuela: It’s Not the Destination that Counts, It’s How You Get There 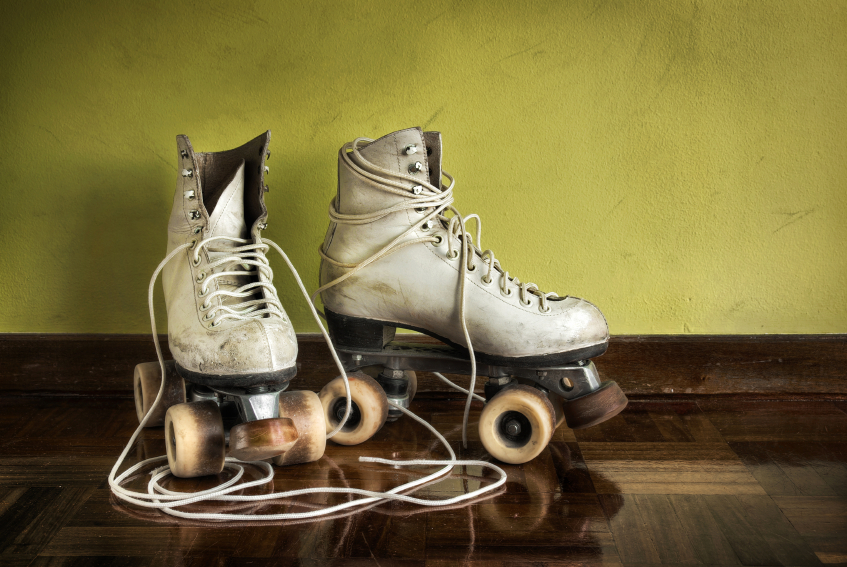 Between 16 and 24 December, early morning masses called Misas de Aguinaldo are held in Venezuela. Missing mass is generally frowned upon, even if said mass takes place at an ungodly hour. Fortunately for the pious Venezuelans who like to have a bit of a lie-in, a tradition has evolved which helps them get to mass on time.

In some places in Venezuela, Caracas included, some roads are blocked off before 08:00 so that people can roller-skate to mass. Children not attending mass can tie a long piece of string to their toe the night before and hang it out the window; friendly skaters can tug on it on their way back from morning mass as a wakeup call.

These days are also filled with neighborhood celebrations, including open fires and open doors, so neighbors can easily share treats and hot beverages with each other.

Does the month of December not offer enough opportunities to celebrate for you? Or would you prefer a purely secular holiday? Then you can consider learning Esperanto — the universal language — and mark Zamenhofa Tago (15 December) on your calendar.

Easier said than done? In fact, it doesn’t get much easier than Esperanto. It is especially easy to learn for native speakers of Indo-European languages, and Leo Tolstoy claimed to have learned it in just a couple of hours, although the latter is disputed by Esperantists.

Zamenhofa Tago celebrates the birthday of the creator of the language, L. L. Zamenhof, and on this day Esperantist communities get together and pay homage to their beloved language. Perhaps you may recite a poem in Esperanto, or purchase some new literature to celebrate.

It may not be as glamorous as a Christmas tree laden with ornaments, and it may not have an equivalent to eggnog or gingerbread houses, but this holiday is a special day for the tightly knit community of around two million Esperantists around the globe.