Malte Zeeck, InterNations Founder & Co-CEO, talks about Milan’s classic sights that you shouldn’t miss out on.

I am no stranger to Milan. In fact, in 1999 you would have found me among the hundreds of students lugging books around the campus of Bocconi University. Milan has a reputation for high-end design and expensive fashion houses, but the Milan enjoyed by the select in-crowd staying at the Seven Star Galleria, for example, is by no means the only Milan worth visiting.

Exploring the streets of the old town, seeing the hustle and bustle of the preparations for the Milan Expo 2015, and visiting architectural landmarks such as the duomo, were more than enough to bring back the memories of the Milan I called home over a decade ago. Here are five places in Milan I enjoyed seeing again.

For its façade alone, this beautiful cathedral (duomo) is definitely worth a visit. Even the biggest fans of Gothic architecture may be thrown off by the style of the building, and they probably couldn’t quite put their finger on the exact reason why. At one point during its conception, it was decided that marble rather than brick would be used as building material. As a result, experts from all over Europe were recruited, and the cathedral’s unique style is reflected in this mix of cultures. 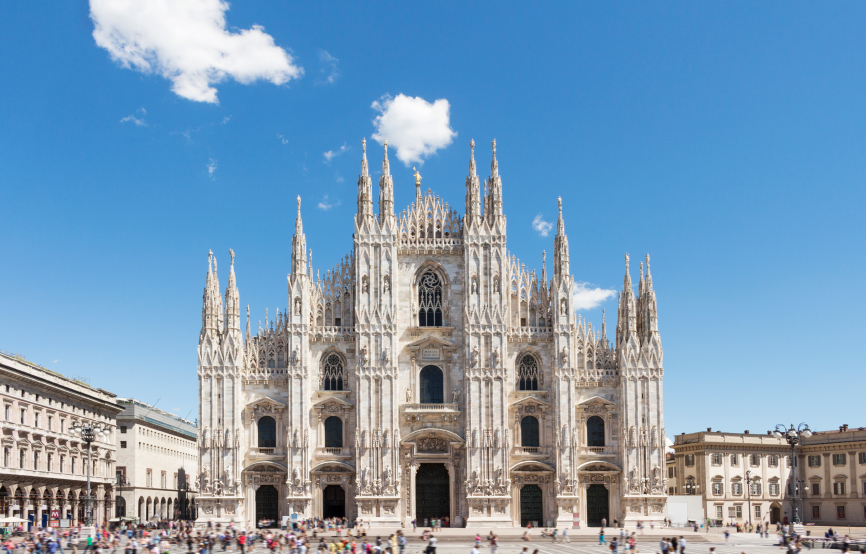 La Scala can be enjoyed in many ways. You can simply admire the opera house on your way to the duomo; you can attend a performance; you can take a guided tour behind the scenes; or you can visit its museum. Getting tickets for a performance can be challenging, though, both because of the price and the high demand. 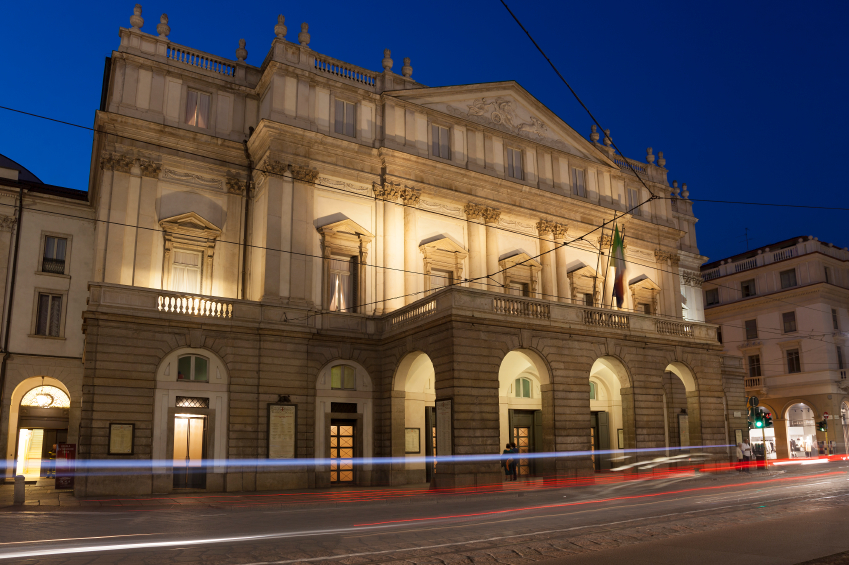 That’s why visiting the museum — though a cold comfort to the true lovers of classical music — is a good compromise for those who aren’t too keen on opera but appreciate the building’s interior design. When visiting the museum you can take a look at one of the luxury boxes in the theater! It might not hold a candle to actually sitting in it while enjoying an opera, but the inside of La Scala is a wonderful experience on its own.

The Brera district is located in the historical core of the city and has all the characteristics one would expect of such a neighborhood, such as narrow streets, small venues, and old churches. Although some of the charm it used to have back when it mainly housed artists and bohemians has been lost due to modern construction projects, it is not hard to imagine such a crowd roaming through its winding streets. 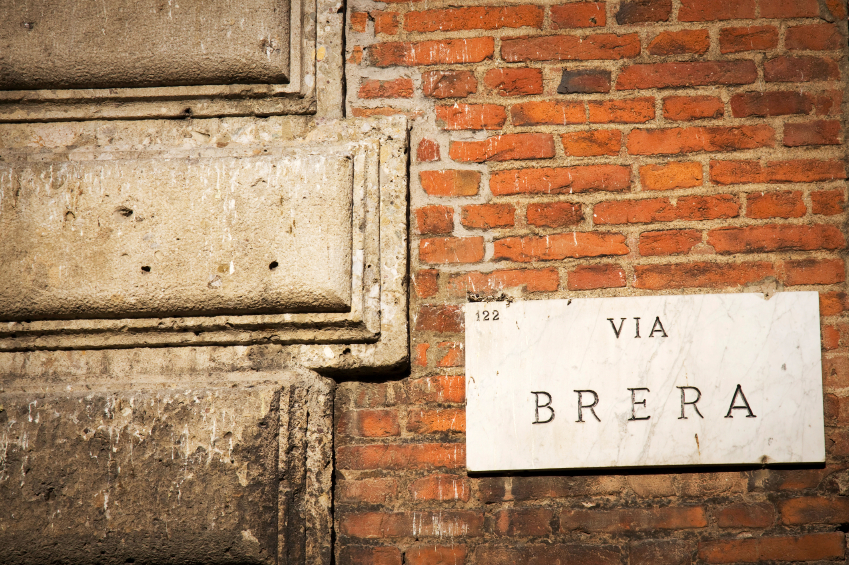 It shouldn’t come as much of a surprise, considering we’re in Milan, but walking through Brera you can spot intriguing design left and right, from interior design to artisan shops. Brera’s central location is perfect for sightseeing. After visiting such main attractions as La Scala, il duomo, or il castello, you can choose among several Italian and international cuisines for lunch or dinner — or both.

4. The Navigli — Wining and Dining by the Canals

A lot of the sights in Milan are concentrated in the city center, which is by no means a bad thing. If you feel like venturing a little further outside the city, just visit the canals (navigli). You need to head to the outskirts of the city, to a neighborhood that has really benefitted from the preparations for this year’s Expo in Milan. 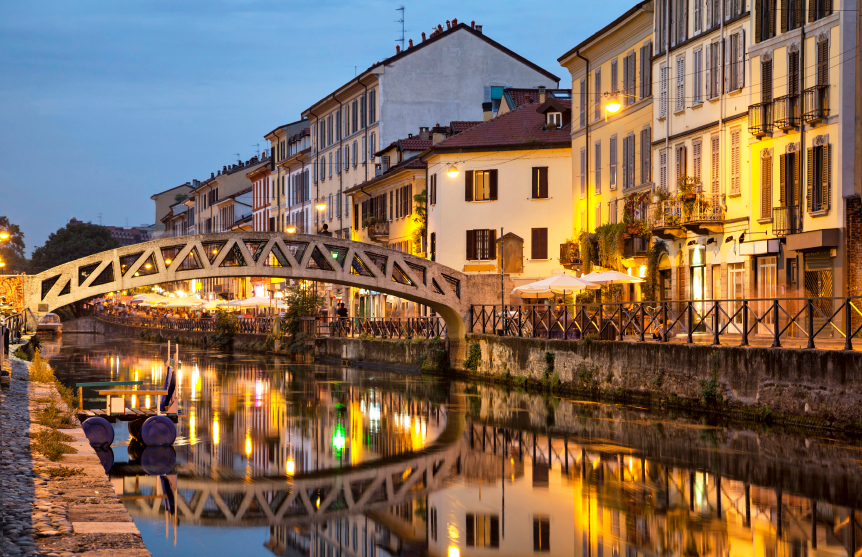 Although you can see two different worlds meeting around here — well-off and poorer tenants alike — the area retains a modest, charming character. The ultimate experience combining all the best features of this neighborhood is to simply plan an extensive evening of dinner and drinks at one of the restaurants and bars along the canals.

5. Il Castello Sforzesco — Once a Fortress, Now a Gallery

This imposing structure looms over the city center, ready to protect it against potential intruders. Naturally, this is no longer the fortress’ primary function, to say the least. Castello Sforzesco has gone along with the times and now contributes to Milan’s cultural scene by hosting many art exhibits.

The photography archives give fascinating insights of what wandering the streets of mid-nineteenth century Milan was like. Furthermore, Michelangelo’s last sculpture is a permanent feature of the castle museums, as are several paintings by the likes of Tizian or Tintoretto. The impressive setting of the castello definitely gives such masterpieces an edge. 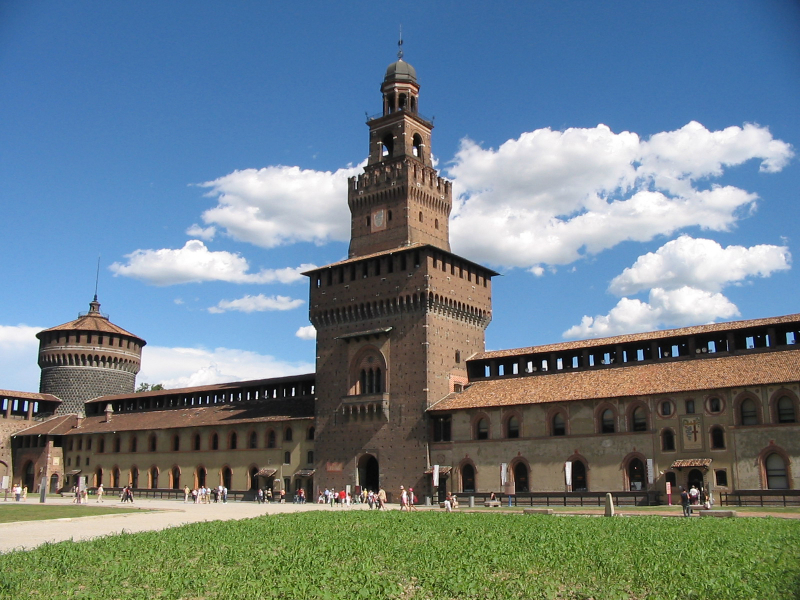 Walking round the grounds and visiting the different courtyards is a relaxing way to pass the time. The building’s exterior with its dark red, weathered bricks is intriguing, not to mention the fantastic clock tower over the main entrance. Do not let the exterior fool you into thinking the interior will be much the same, though.

Inside, you’ll find some beautiful decorations on the walls and ceilings inside the fortress depicting colorful landscapes and cultural scenes from back in the day. You’ll probably notice the Sala delle Asse attracting a relatively large crowd. After finding out that murals by Leonardo Da Vinci decorate this chamber, I was quick to join the visitors. Standing in these rooms, it is not hard to imagine the Sforza and Visconti rulers from centuries ago getting ready to attend a service in the duomo.