Birthday party in the Balkans: InterNations Founder & Co-CEO Malte celebrated the company anniversary at the InterNations Official Event in Sarajevo.

After my previous visit to Dublin, the next 90-minute flight to an InterNations Community took me into exactly the opposite direction: heading southeast, instead of northwest, I made my way to Sarajevo, the capital of Bosnia and Herzegovina. 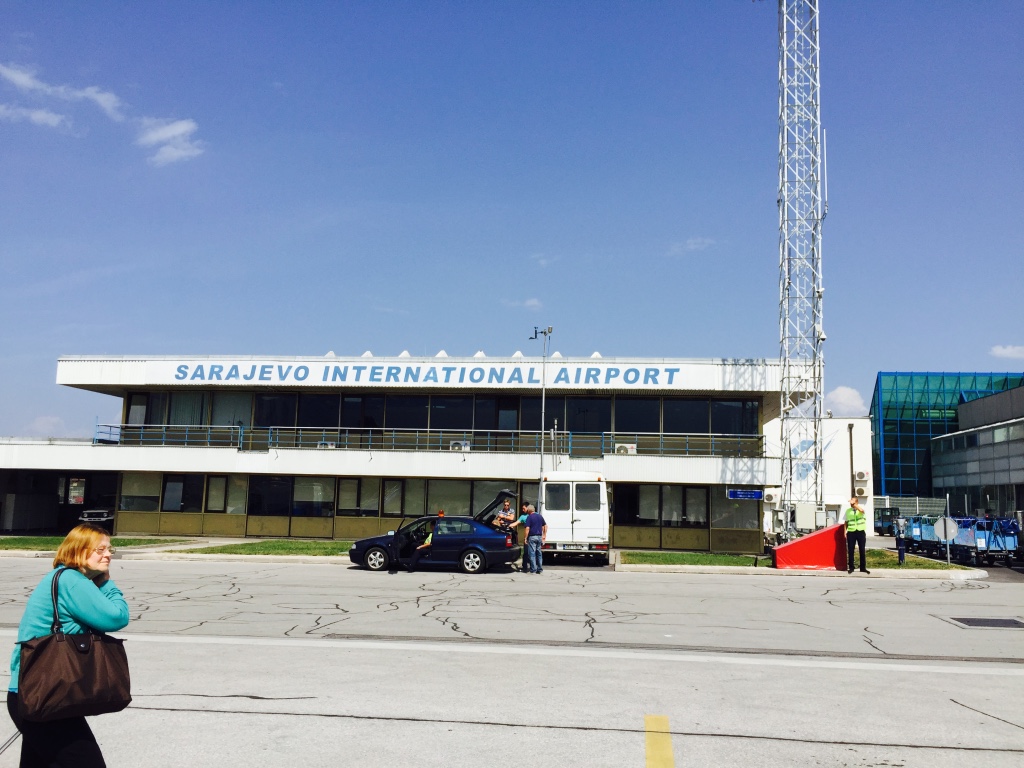 Historically, the city used to be called the “Jerusalem of Europe”, as it’s home to the biggest mosque in the Balkans, a metropolitan bishop of the Serbian-Orthodox Church, a Catholic archdiocese, and a functioning synagogue. However, most of us probably associate it with the more recent history of the Yugoslav Wars when the socialist republic broke up in a series of violent conflicts.

Today, the ambience in Sarajevo is vibrant, cosmopolitan, and relaxed. However, as I was to find out at the InterNations Official Event, a lot of the international residents in town — including quite a few members of our 2000-odd community — still work for NGOs, IGOs, military institutions, or the diplomatic service. Even 20 years after the Bosnian War of Independence ended, its legacy can still be seen — among other things — in the make-up of local expat circles to a certain extent. 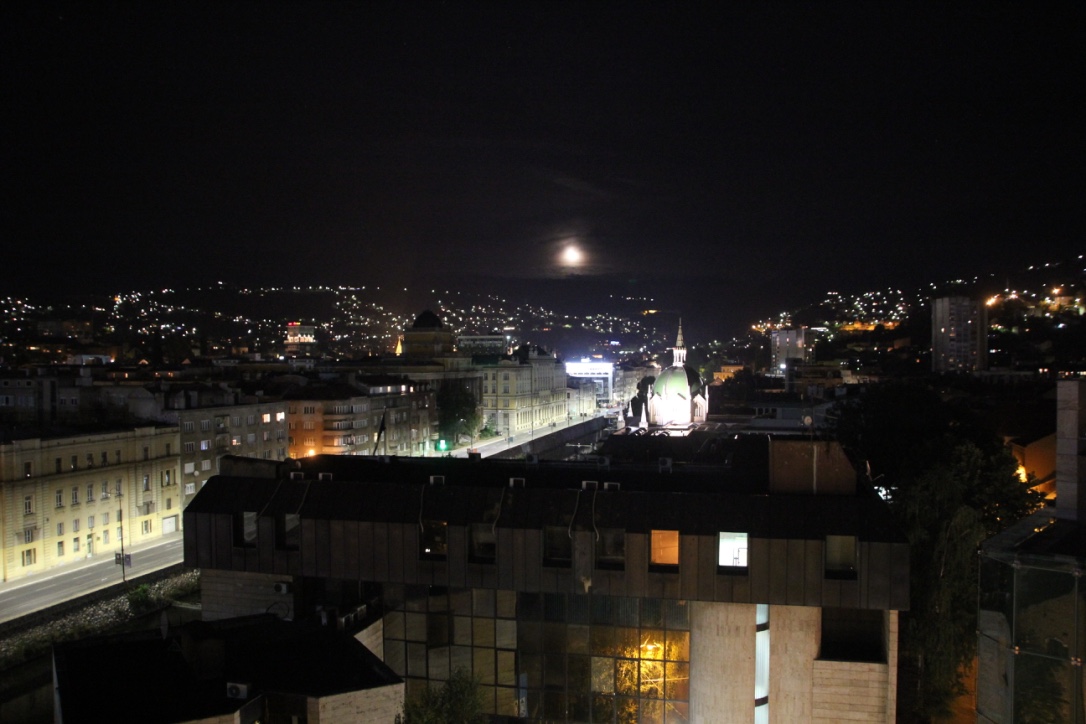 Contemporary Sarajevo is also a very tourist-friendly city: the Marriott hotel chain opened a brand-new business hotel about a month ago, and that’s where the event in honor of the 8th InterNations anniversary was taking place. Before our birthday party started, I was waiting in the lobby for an interview with the Novo Vrijeme weekly, which wanted to publish a short portrait of InterNations Sarajevo in the paper’s English-language section.

Afterwards, I joined the event in the Marriott’s S One Sky Bar, whose rooftop terrace provided us with a lovely view of the moonlit city center, the Miljacka River, and the surrounding hills. Luckily, it was also the perfect weather for this kind of venue, with a balmy 25°C in the evening. About 60 people from 20 countries didn’t want to miss out on the opportunity to enjoy some fingerfood, a glass of Sarajevsko Pivo (Bosnia’s most famous beer), and a friendly chat with guests from all over the world. 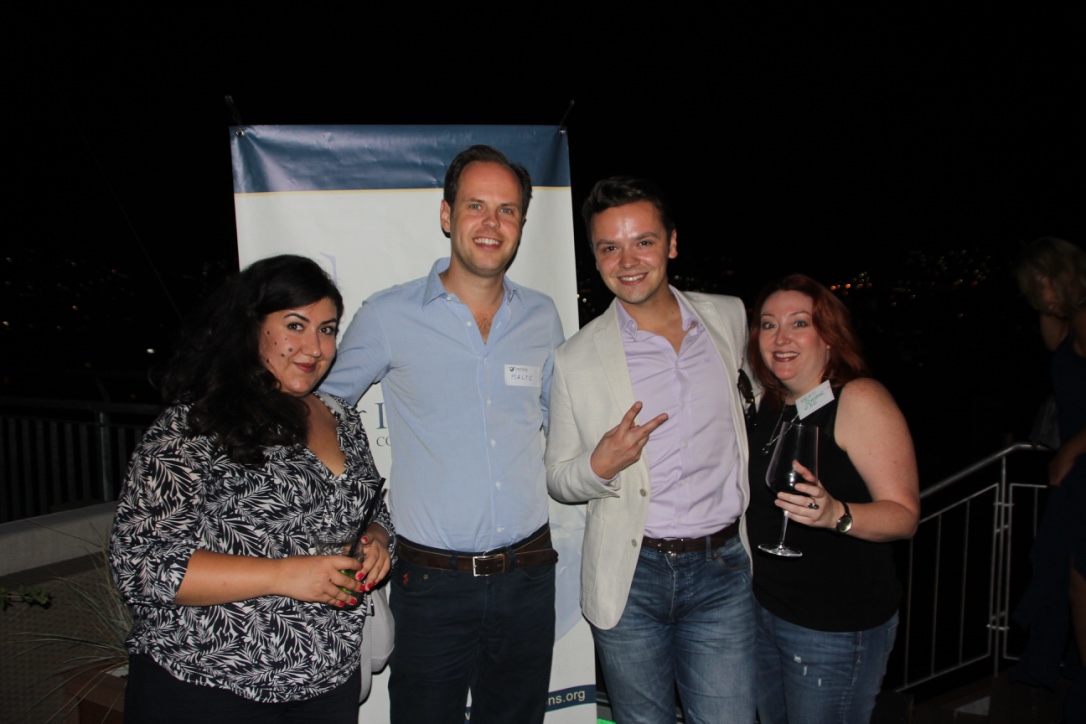 All three of the InterNations Ambassadors were there to welcome the Sarajevo Community: Monika, a Bulgarian expat who has been living in Bosnia for the last two years, also doubles as one of the Consuls running our Sarajevo Dance Group for all lovers of Latin dancing. Haris, a native of Sarajevo, works as a journalist, editor, and radio and TV presenter for BHRT, Bosnia’s national broadcasting company.

Last but certainly not least, Kristi from Houston, Texas, is a project development officer at the US Agency for International Development, who also lived and worked in Ghana and Malawi. Unfortunately, she will be leaving Sarajevo soon, and the Ambassador Team is now looking for someone to step into her shoes. 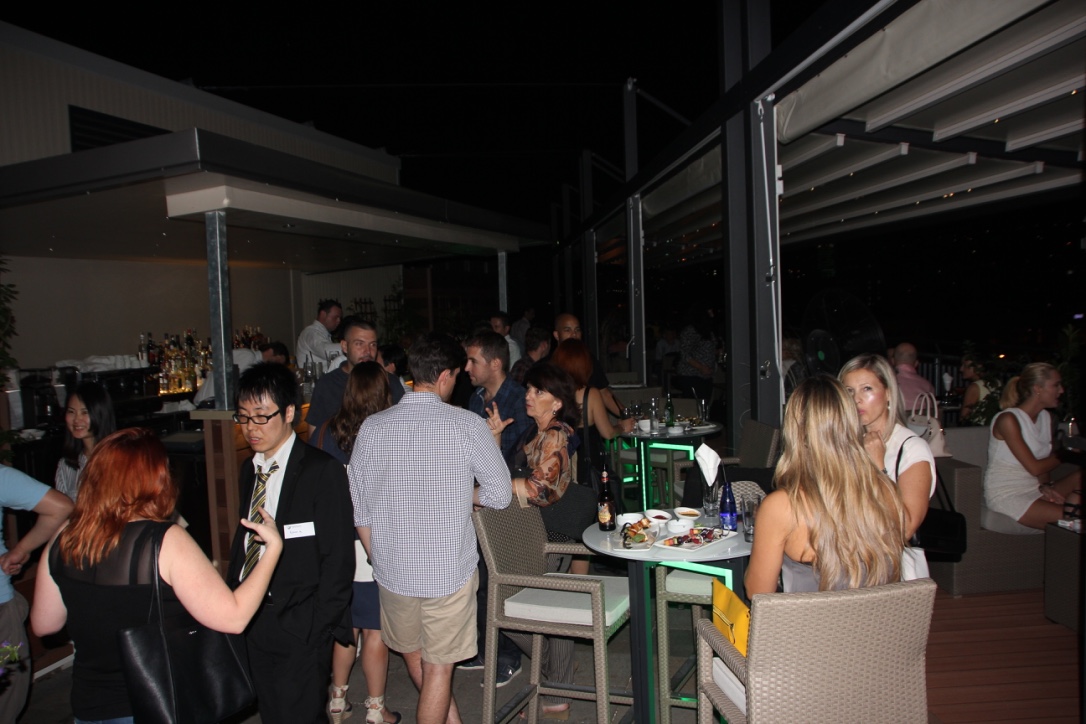 Like Kristi, several members I met during the event were employees of organizations like US AID, the US American Embassy, EU-affiliated institutions, or the UN. However, the gathering was definitely not a somber affair where everyone engaged in serious “shop talk” and earnestly discussed international relations all the time. As in so many of our smaller communities, it struck me how warm and familial the atmosphere felt — the perfect start for an exploratory weekend in Sarajevo.