From the Baltic to the Irish Sea – after recent visits to Helsinki and Stockholm, InterNations Founder & Co-CEO Malte dropped in at the InterNations Official Event in Dublin.

My recent trip to Dublin wasn’t just the first time I visited Ireland: it was also the first time the InterNations Dublin Community tried a new event location, which turned out to be quite a success. The event I attended took place at The Mint Bar, the city’s self-proclaimed best hotel bar, part of the historic (and rather fancy) Westin Dublin Hotel, directly opposite Trinity College. 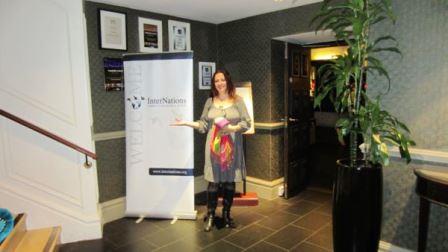 It was also the first time that over 200 people from more than 60 countries signed up for a local InterNations Official Event. Breaking their own record was a particular point of pride for Verena, one of our three InterNations Ambassadors for the Dublin Community, as this was also her official farewell.

Verena, a German expat from Cologne, had been living in Dublin for the past three years, working for the Europe & Middle East head office of Twitter. Her career in a global social networking company would take her to the Bay Area in a few weeks’ time, so I was there to wish her all the best for her upcoming move across the Pond. 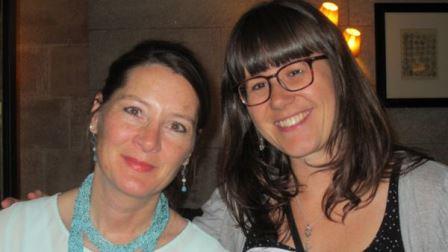 Unfortunately, her fellow InterNations Ambassador Gabriela, a Romanian expat and lecturer in finance and accounting at Dublin Business School, was also stepping down from her position, as her private and professional life had simply become too busy for her to continue in the role.

Thus I found myself saying goodbye to two Dublin Ambassadors at once, seizing the occasion to thank them both for their great commitment in a brief speech. However, the InterNations members in Dublin needn’t be afraid: our community is in safe hands and our regular events will, of course, go on. 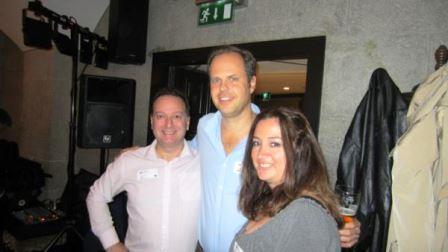 Emil, an expat from Athens who’s now an architect in Drogheda, will be staying as the third member of the InterNations Dublin Ambassador team, though he’s still looking for a new fellow Ambassador to host the events with. That night, his wife Arzu — another expatriate, albeit from Turkey — was supporting him with welcoming the guests and taking pictures.

The crowd at the Mint Bar was a truly international bunch: I talked to people from Germany, Italy, and the US, from Thailand, Sri Lanka, and Cameroon, as well as quite a few Irish folks, too, and I also ran into an Austrian expat, Ivan, who’s one of the Group Consuls running the popular activities for DinnerNations Dublin. If you ever want to know what Dublin’s culinary scene has to offer — apart from shellfish and Irish stew — they are the right guys to ask! 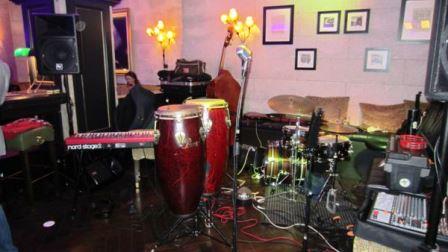 The evening was a great mixture of networking and socializing, followed by a live band. “Velvet Lounge” played a repertoire of classic swing hits rather than the obligatory Irish folk, and they soon managed to get everyone up and moving.

When the event drew to a close around 23:00, I wasn’t the only one who thought we were just getting started. Therefore I joined several InterNations members for a pint at a traditional Irish pub before we explored the vast premises of a combined restaurant, bar, and nightclub nearby: simply called “House” with considerable understatement, as it occupies two Georgian mansions in central Dublin. 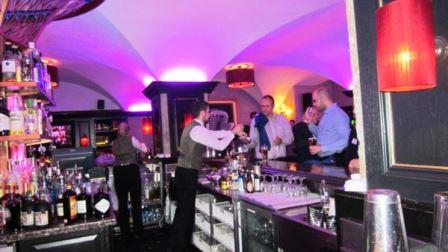 The following day, Verena, Emil, and Arzu invited me for a short trip to the Howth peninsula, about a 25-minute ride from the city center, where we took a walk along the rugged coastline, spotted seals frolicking in the waves, and watched the sailing boats (as well as a few showers of rain) come and go. Over a hearty lunch at one of Howth’s many seafood restaurants, we discussed the recent development of the InterNations Dublin Community, the highlights and challenges.

On the way back, we also passed by at Malahide, an affluent suburb with a large marina and a well-maintained 12-th century castle. Back in the city, Verena kindly offered to show me more of Dublin’s nightlife — I am sure that she will love San Francisco and get to know our InterNations Community in the Bay Area soon.