The tour of Europe’s Nordic capitals continues – InterNations founder and co-CEO Malte looks back at his recent trip to visit the InterNations Community in Stockholm:

Just like Helsinki several weeks before, Stockholm welcomed me with perfect summer weather: as I stepped off the plane after an uneventful two-hour flight from Munich, the sun was shining from cloudless skies, and the Baltic Sea was such a bright blue that it almost looked like an exaggerated Photoshop touch-up to create the perfect holiday picture. 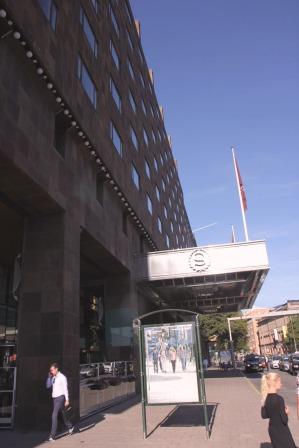 Apparently, I had chosen just the right moment for my visit to the InterNations Stockholm Community — all of Scandinavia, from Copenhagen to southern Sweden to Norwegian coastal towns above the Polar Circle, enjoyed a couple of surprisingly warm and dry weeks in late summer.

The event took place at a favorite venue among our local members: Sheraton 360°, a popular restaurant and bar in the heart of the capital, is not far from the waterfront and Stockholm’s many islands.

That night’s hosts included three of our InterNations Stockholm Ambassadors. Unfortunately, Jing, a business analyst from China and the fourth member of the local Ambassador Team, couldn’t make it to this gathering.

So her fellow Ambassadors Irina, Natalia, and Shaun were my “welcome committee”, so to speak. As always, I enjoyed the opportunity to get to know our Ambassadors in person and find out who represents InterNations among the roughly 12,000 members of our Stockholm Community.

Irina is also an expat from China, who has lived in Singapore, Malta, and Germany before and who currently works as a product manager for an international Swedish IT company. She’s passionate about the start-up scene and about sustainability issues — as well as coffee and dancing. As an InterNations Group Consul, Irina is involved in the Stockholm Coffee Break Group and the Stockholm Dancing Group. 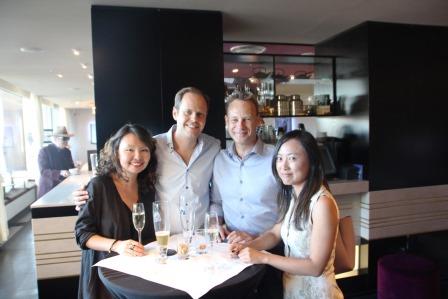 Her fellow Ambassador Natalia came to Stockholm from her native Russia about four years ago to work for the Swedish headquarters of a multinational consumer goods manufacturer. Just like Irina, the polyglot Natalia is an InterNations Group Consul, too: she’s one of the two ladies heading our After Work Group for Swedish and international professionals.

Last but not least, Shaun is the only guy — and only “Aussie” — in the Stockholm Ambassador team. After previous stays abroad in Kenya and the UK, he’s now been working as a financial adviser in Sweden for nearly three years. In addition to his position as an InterNations Ambassador, he’s also part of a Group Consul team in Stockholm: together with two other committed InterNations members, Shaun is responsible for the Professional Networking Group. 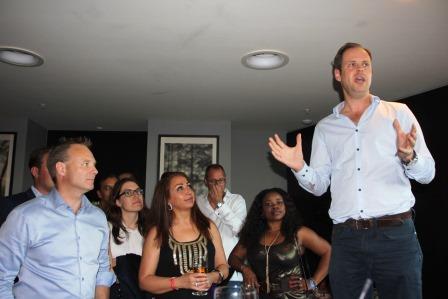 The three Ambassadors organized another successful event for about 100 guests from three dozen countries. Judging from the members I talked to in the course of the event, a wide range of nationalities was represented at the gathering: I remember having a chat with InterNations members from other EU member states like Finland and Germany, from African nations such as Eritrea and South Africa, as well as the US and Australia.

Plenty of guests had something other than their expat status in common — they all approached me to ask how they could get active in the Stockholm Community. I can only recommend having a look at our local InterNations Groups. While they already cater to such popular interests as football or international cuisine, there’s always room for more! And I’m sure that our Volunteer Program Lead would be delighted to open a new Volunteer Group in Sweden. 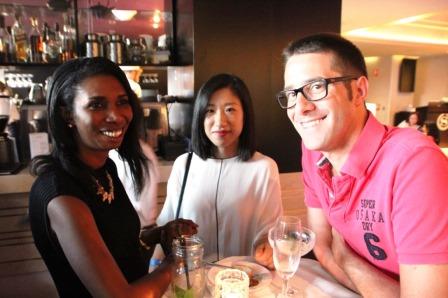 These enquiries weren’t the only sign of a generally enthusiastic mood, though. After the official ending around 23:00, quite a few guests weren’t ready to go home yet — after all, it was Friday night, and nobody had to show up at work in the following morning. So I joined several members who decided to move on to Riche, a legendary wine bar and 100-year-old Stockholm institution in Östermalm. Skål!