Last year, we launched our first Expat Insider survey, with great success. Not only was it one of the biggest expat surveys worldwide, the results also received a lot of attention.

With publications in various international media outlets we managed to inform the whole world about how expats experience their life abroad. Most of all, the information we collected has benefitted all InterNations members around the globe, as well as a wider audience planning on moving, living, and working abroad. 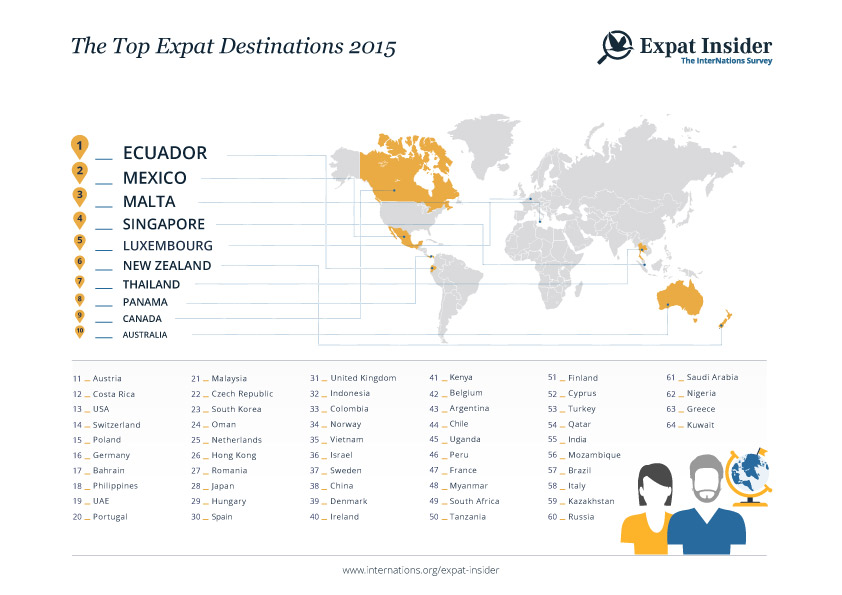 Just like last year’s survey, we conducted the Expat Insider 2015 to see the world through expat eyes and answer the most pressing questions about expatriates: Why do they move? What makes them happy? What are their biggest concerns?

The Expat Insider 2015 is the second edition of our expat survey, and the responses were collected at the beginning of March this year.

Altogether, 14,400 expatriates representing 170 nationalities responded to the survey, willing to let us take a peek into expat life. With their help, we managed to gather data on moving, living and working abroad in 64 countries around the world. 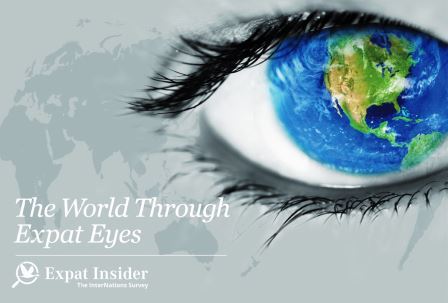 This year, the results were also broken down by gender. The general situation of expat spouses and typical expat problems are addressed as well.

All in all, the complete report includes analyses concerning five topical indices (e.g. the Working Abroad Index or the Family Life Index), over 20 country and 15 nationality reports, as well as a closer look at different expat types.

Ecuador is still the expat favorite and occupies first place in the overall country ranking, just as it did in 2014. The South American country also makes it to the top of our Personal Finance and Cost of Living Indices.

But respondents are particularly satisfied with the quality of life, as well as the ease of settling in. Although expats living in Ecuador are quite happy in most respects, the country yields only mediocre results for job security. Many are also not satisfied with their personal safety.

Mexico climbs from third place in last year’s country ranking to second place this year. Survey respondents praise the country for how easy it is to settle down and find friends there. Most of all, expats value the friendliness of the Mexican people.

While 76% of our respondents are generally satisfied with their financial situation, many of them are unhappy with their personal safety. Moreover, Mexico only ranks 22nd for its quality of life.

Malta is a newcomer in this year’s survey and makes it right to the winners’ podium in our overall country ranking. The small state owes its third place mostly to the high job satisfaction among survey respondents.

Malta also makes it to fourth place in the Ease of Settling In Index and impresses with its leisure options, the quality of its healthcare, as well as the local climate and weather. On the other hand, the transport infrastructure still leaves a lot to be desired, and on the Personal Finance Index, Malta only ranks 42nd out of 64 destinations.

With the second edition of our annual Expat Insider survey, we let you see the world through expat eyes and we couldn’t have done it without the help of everybody who participated.

We would like to thank everyone who responded to the InterNations Expat Insider 2015 survey and helped us learn more about expat life around the world.

Finally, we want to congratulate the winners of our raffle: Lucia in Mannheim won a Lufthansa travel voucher, James in Beijing can look forward to a relaxed vacation with a Four Seasons hotel voucher, Lisa in Barcelona received an iPad Air, and Octavio in Perth can save space on his bookshelves with a Kindle e-book reader.