Malte Zeeck, founder and co-CEO of InterNations, as well as a former expat himself, shares his personal tips for the five most famous sights in neighboring Salzburg.

While a bachelor party recently took me to Barcelona, I had the chance to attend a wedding in Salzburg some time later. The reception took place at the Gwandhaus, a popular location for festive events situated at the headquarters of a well-known Austrian manufacturer of Trachten (traditional garments). 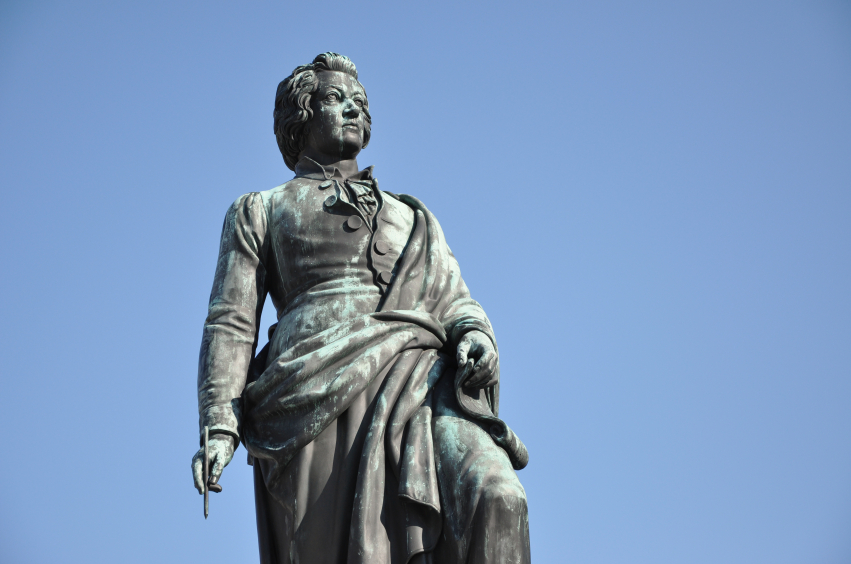 Though I was born in the far north of Germany, on the Baltic Sea, I very much enjoyed this opportunity to don my Tyrolese-style woolen jacket and set out across the border to one of Austria’s most beautiful cities.

In addition to celebrating a wedding and getting to know the InterNations Salzburg Community, I also took the time for a tour of Salzburg’s most important sights. (No, this doesn’t include the Sound of Music special, whose popularity continues to baffle the locals.)

1) The Festung Hohensalzburg (Hohensalzburg Castle), the town’s landmark, sits on a hill high above the cityscape — the ideal location for a fortress originally conceived to serve as a refuge for Salzburg’s princely archbishops of yore. 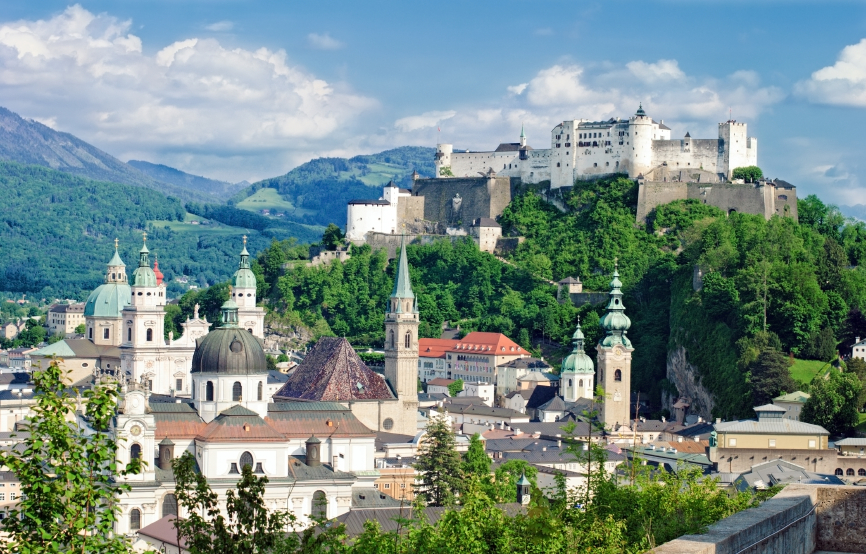 Don’t worry, though: if you don’t fancy the twenty-minute walk, a cable car will bring up right to the doorstep of the castle, where you’ll probably be joining a teeming crowd of visitors.

As the fortress is among the biggest and best-maintained medieval castles in Central Europe, looking like an illustration from a book of fairy-tales, it’s a veritable tourist magnet, even in less than perfect weather.

Despite the bustle, I found the fortifications indeed pretty impressive and well worth the visit. However, if you’re looking for a quiet tour round the premises, you’d better take a pair of sturdy shoes, a waterproof coat, and an umbrella, and go and explore the Hohensalzburg on a rainy weekday in the off-season.

2) The Festungsberg, the hill dominated by Hohensalzburg Castle, is adjacent to the Mönchsberg (literally: “Monks’ Mountain”), a mountainous ridge stretching for about half a kilometer along the River Salzach. 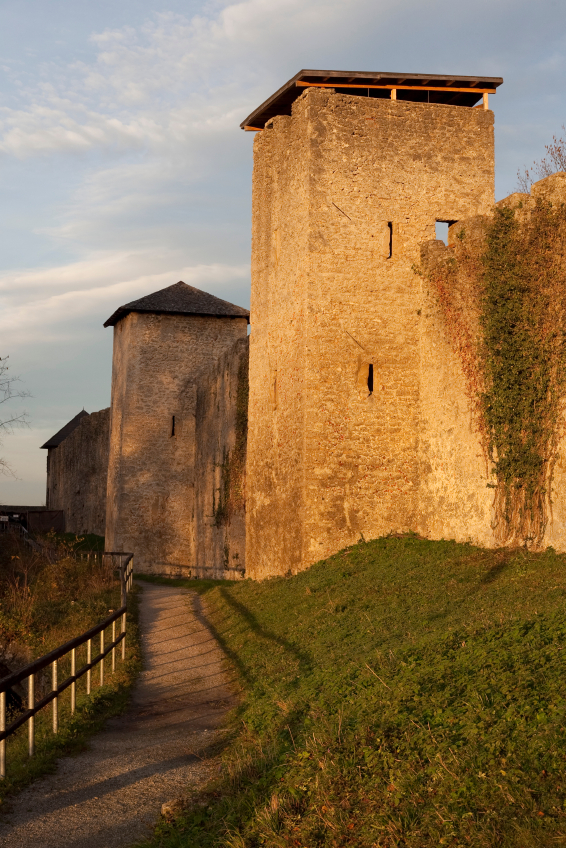 It’s a popular destination for daytrips among locals and tourists alike: it features a number of historic fortifications, mansions, and villas along the way. The quaint buildings aren’t all open to the public, though: a couple of them now house university institutes, research centers, archives, and even student accommodation (those must be the most picturesque dorms I’ve ever seen).

If you want to max out your credit card, Schloss Mönchstein is home to a luxury hotel, gourmet restaurant, and day spa. For the less flush rest of us, there’s always the possibility of taking a lunch box and an old blanket and enjoying a picnic with a fantastic view of the old town for free.

3) Perhaps your picnic basket for the trip to the Mönchsberg also contained the famous Mozartkugeln — small, round chocolates made of dark chocolate, nougat, pistachio, and marzipan. They are produced by various confectioners nowadays — but beware: only those by the local Konditorei Fürst are the original “Mozart bonbons”. 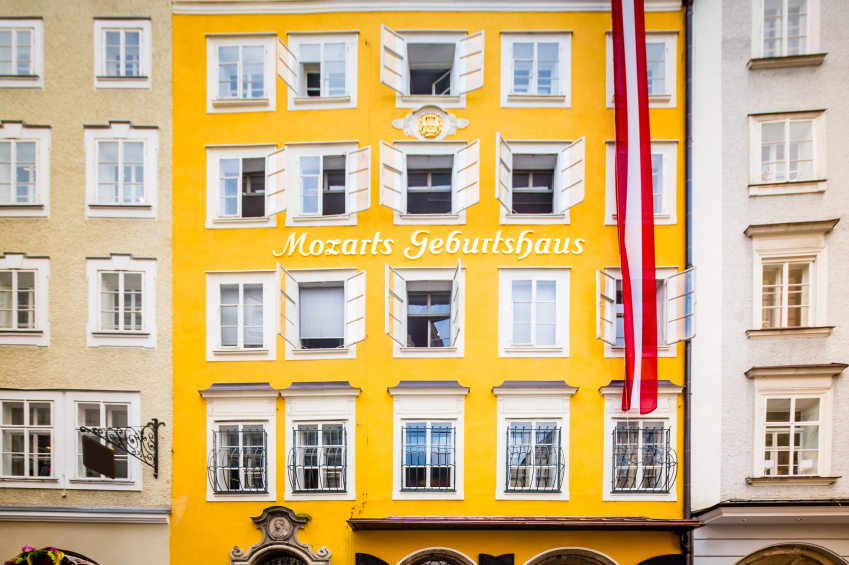 This list only scratches the surface of the Salzburg souvenir industry.

On the one hand, this commercialization feels oddly fitting for a composer marketed by his family as a wunderkind at the tender age of six. On the other hand, the throngs at Mozart’s birthplace in Getreidegasse 9 can be a bit of a nuisance.

The small museum does offer a handy overview of his life and his oeuvre as an opera composer, though. And if you’re a little sick of all the touristy kitsch, just load up your mp3-player, look for some quiet corner, and let his works remind you why he got so famous in the first place.

4) The Getreidegasse is one of Salzburg’s most famous streets, full of listed buildings, once the townhouses of Salzburg’s well-to-do burghers and artisans: former apothecary shops, bakeries, merchants’ quarters, the official mint, and several historic inns — one of the latter now houses a Mc Donald’s restaurant. 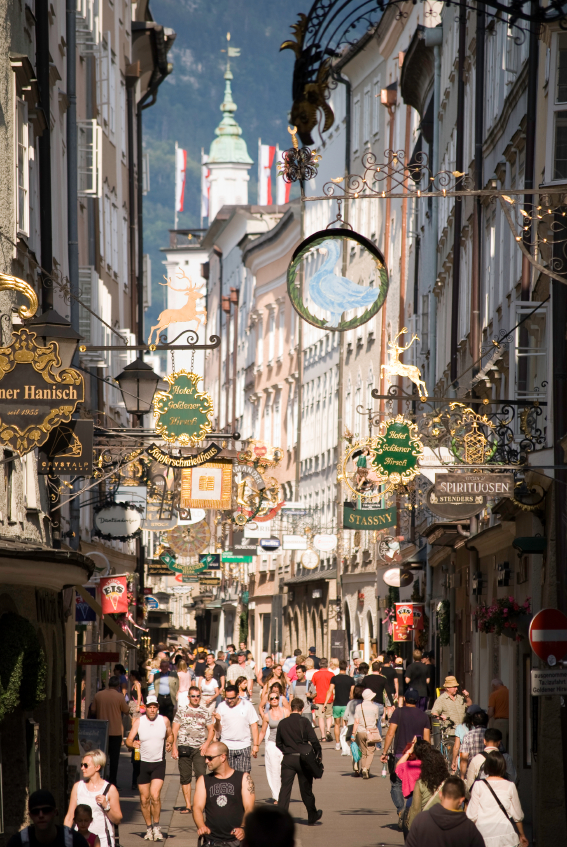 The latter should be enough to tell you that it’s pretty much tourist central around here: sometimes, it’s just too much, the exceedingly photogenic buildings notwithstanding. Before you end up hating the town, as one of its other famous sons did — the Austrian writer Thomas Bernhard once infamously described it as a “fatal disease” — it’s probably best to retreat to the other side of the river.

There’s another slew of popular sights on the right riverbank, including the Mozart Residence, the lavish Mirabell Palace with its baroque gardens, and Hotel Sacher, but it’s still easier to avoid the crowds.

In the cafés along the Salzach, as well as in the narrow back alleys, you’ll spot more locals enjoying their Mélange (coffee with lots of milk) or Verlängertern (strong mocca diluted with water). And with a bit of luck, you might even find a traditional Austrian Beisl (rustic inn).

5) If you’re not tired of tourist attractions and sightseeing by now, you can return to the left-hand part of the historic city center — to be more precise, to Salzburg’s Cathedral Square and the palatial residence of the town’s archbishops, who used to rule their territory with all the power and splendor of secular princes. 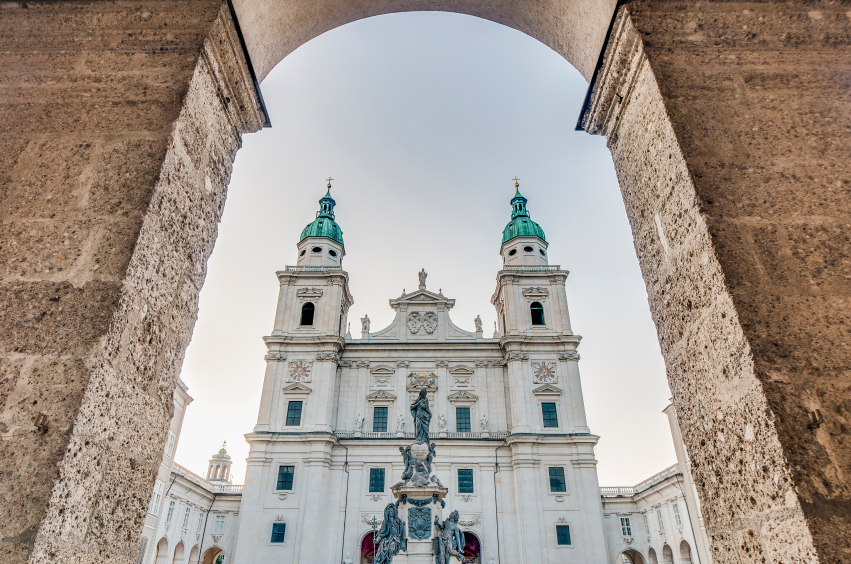 The Residenz palace is a grandiose reflection of their wealth and influence, as well as their worldly lifestyle. For example, you can visit the bishop’s ornate audience chambers, the council chamber where six-year-old Mozart played in front of the court for the first time, and the private rooms where a 16th-century prelate’s mistress lived with their 15 (!) children.

As the archbishops were also patrons of the art, their private collection of paintings served as the basis for today’s gallery dedicated to Old Masters. You’d better be fond of Baroque art to fully enjoy the experience, though.