If you’re the kind of person who loves the idea of travelling but loathes trying new food, you’re also probably someone who has the same thing for lunch every day and knows the numbers of their favourite Chinese dishes at the local takeaway by heart. So much as an unexpected cashew in your chow mein probably makes you run and hide. 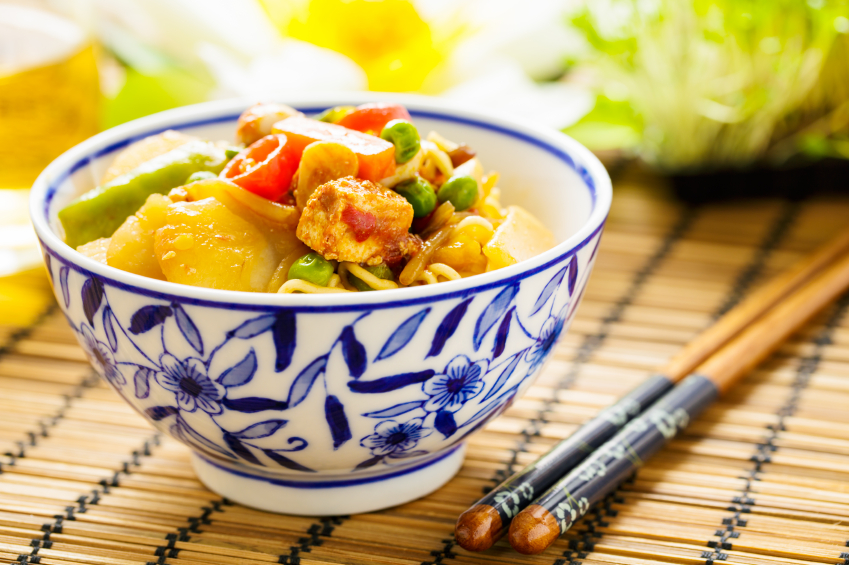 We aren’t saying you are wrong. We are rather suggesting that the comfort of having a recognisable fast food restaurant in pretty much every city of the world must be a soothing prospect for you.

Recognising what you are eating and ordering with ease wherever you are is like taking a little bit of home with you. This is something any good business will tap into, and it is one of the reasons why global franchises such as McDonalds are so successful. That, and giving you a taste of “The American Dream” all over the world. If you like that sort of thing.

But do not be fooled. The brand and concept of fast food may be the same everywhere, leading to the term “McDonaldisation” when any international company dips its toe into the national market, but the actual menu may vastly differ. 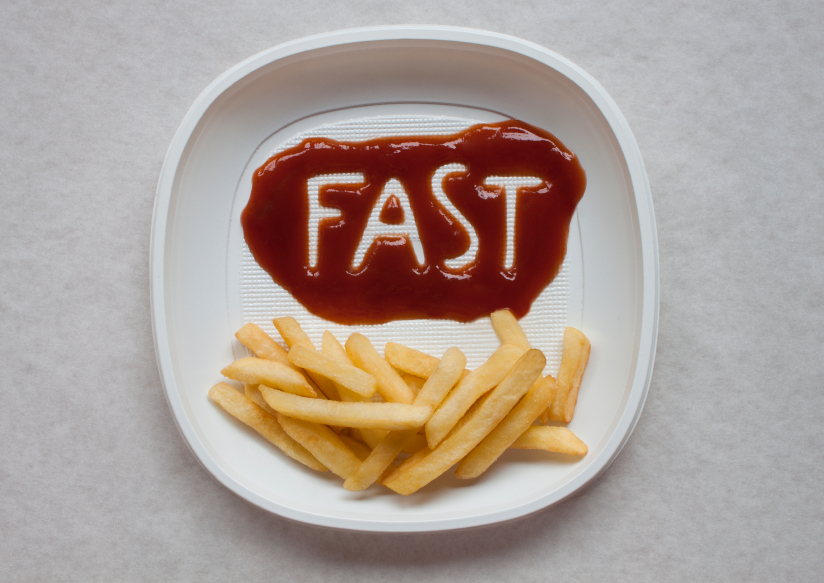 The other thing any canny business knows is that if they want to take their products abroad, they need to cater to their local market and local tastes. And if that means fried chicken and spaghetti in the Philippines, for example ─ then so be it.

Why would they do that to you? Why tease you with the prospect of a humble burger, chips and soft drink, and instead offer you, well… fried chicken and spaghetti? Perhaps this is a local delicacy, but it just feels wrong. Or perhaps we’re just not as adventurous as we like to think we are.

Take, for example, our quest for familiarity when we were visiting China. After a very long flight and through the haze of jetlag, feeling adventurous and trying a daunting new cuisine was not the first thing on our minds. On arriving in Shenzhen and glancing up at the tall buildings, with nary a billboard in sight that we could read, we needed sustenance. And by sustenance, we meant junk food.

What you really need to be prepared for here is that the chicken used in chicken burgers is not like the regular kind of chicken back home. 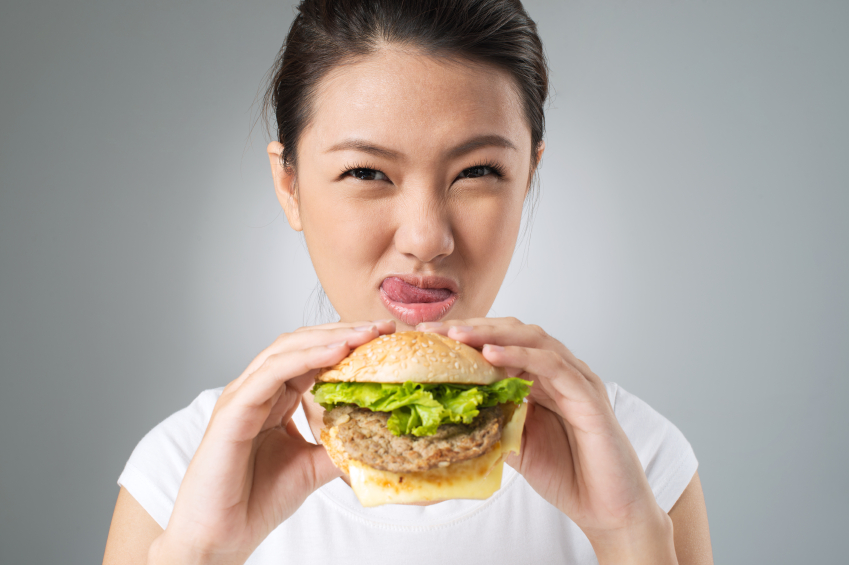 Generally, at least in our experience, in China people do not seem to enjoy chicken breast meat that much and instead opt for the gristlier, more sinewy parts.

So jetlagged, tired, feeling more like Alice in Wonderland than daring travellers in new lands, we sank our teeth into a burger that promised the reassurance of chicken but instead felt like an “I’m A Celebrity” challenge. Disappointing, to say the least.

New menus in familiar settings aren’t always a bad thing though. Looking at the variety of other choices out there, it’s easy to feel that back home, we might be missing out.

Perhaps not always. Everyone has seen the (in)famous black burger in Japan. If you haven’t seen it, the burger bun is black, and the black cheese oozes precariously down the sides of the burger along with a black sauce of unknown flavour. How is this a good thing?

Stumble into any McDonalds across the globe pre-coffee and in search of breakfast, and you’ll probably be able to find at least an egg McMuffin. But there are so many other options.

In Spain the most typical breakfast or desayuno is tostadas con tomate/aceite – toast and tomato or oil. 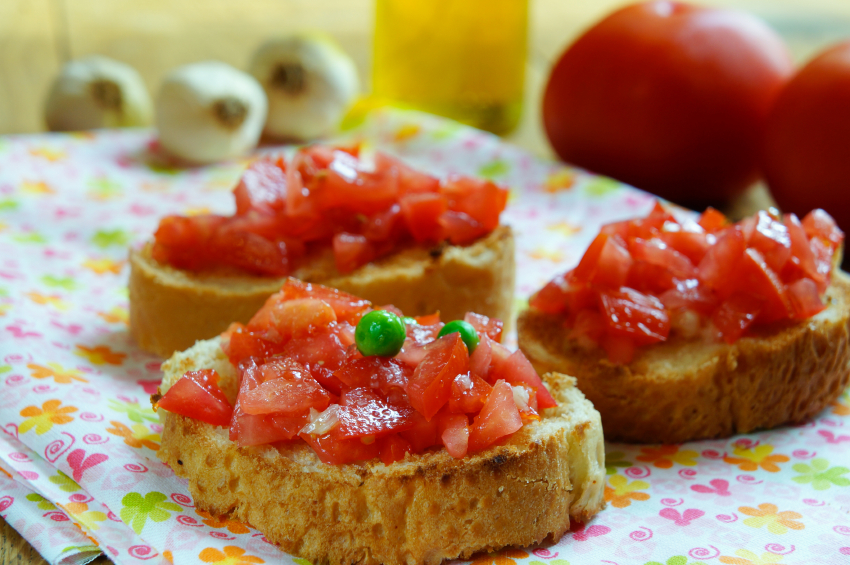 This was actually a delightful find, and as the coffee in McDonalds abroad is typically so much better than back home in the UK, breakfast in McDonalds can actually be an occasional treat rather than a dirty secret.

Other breakfast discoveries have been fresh pork bagels or “breakfast burgers” in Hungary and brioche or pancakes in Italy, although for these be prepared to chew. A lot.

If you’re a traveller, you already know that differences can be good. If we’re talking fast food menus, we’re told the poutine in Canada’s KFC is amazing. Burger King in Russia has a particularly appetising-looking fish burger called the “Fish King” that we’d like to give a try. And if you’re a fan of rye bread, look no further than McDonalds in Finland for their “Ruis Feast” (although we generally prefer the local Hesberger. Finland’s very own fast food chain, if we’re honest ─ sorry). 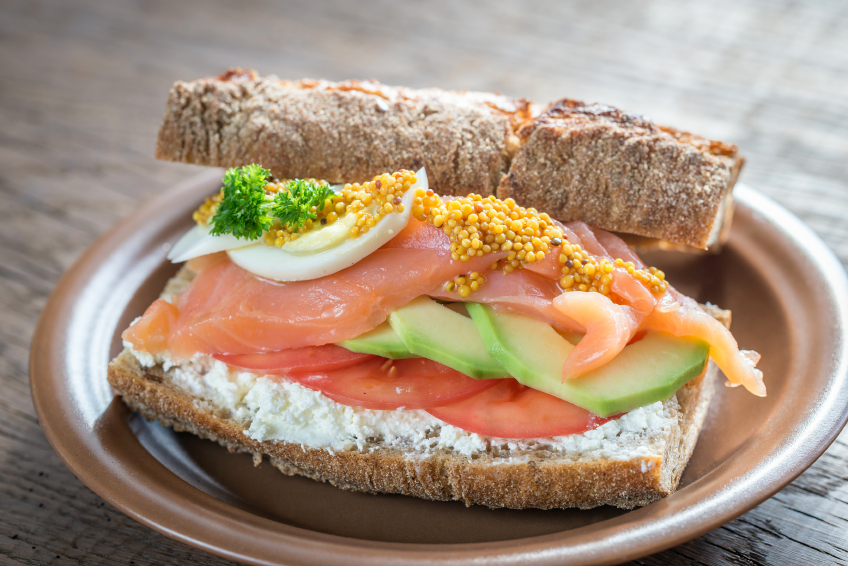 When the urge for fast food strikes abroad, don’t be surprised if you find yourself caught out in the most unexpected of places. If you’re in Australia and looking for a Chicken Royale, whatever you do, don’t look for a Burger King. Following a very lengthy legal battle, Burger King as a name is already taken. What you’re after is, in fact, called Hungry Jacks. The Aussie burger looks pretty tasty to us.

In short, a rose by any other name would smell as sweet ─ but that could just be sweet chili sauce when you were expecting ketchup. Trying out new food abroad in a McDonalds is a bit like that first time you rode a bike with stabilisers as kid. Something new and potentially daring, but with a little familiarity to prop you up.

Be daring, be bold, and be safe in the knowledge that a French fry will always be a French fry. Or will it…?

Kelly is an English as a foreign language teacher from the UK, currently taking a pit stop in Valencia and working her way around Europe. When she isn’t teaching English she enjoys writing and sampling cake and beer.