We have a special new year’s surprise for you: In 2015, we’d like to introduce you to various members around the world.

We want to explore how InterNations has changed their lives and how they are changing the lives of others in turn: by bringing people together, sharing knowledge, and offering support. They are creating their own InterNations, online and offline. 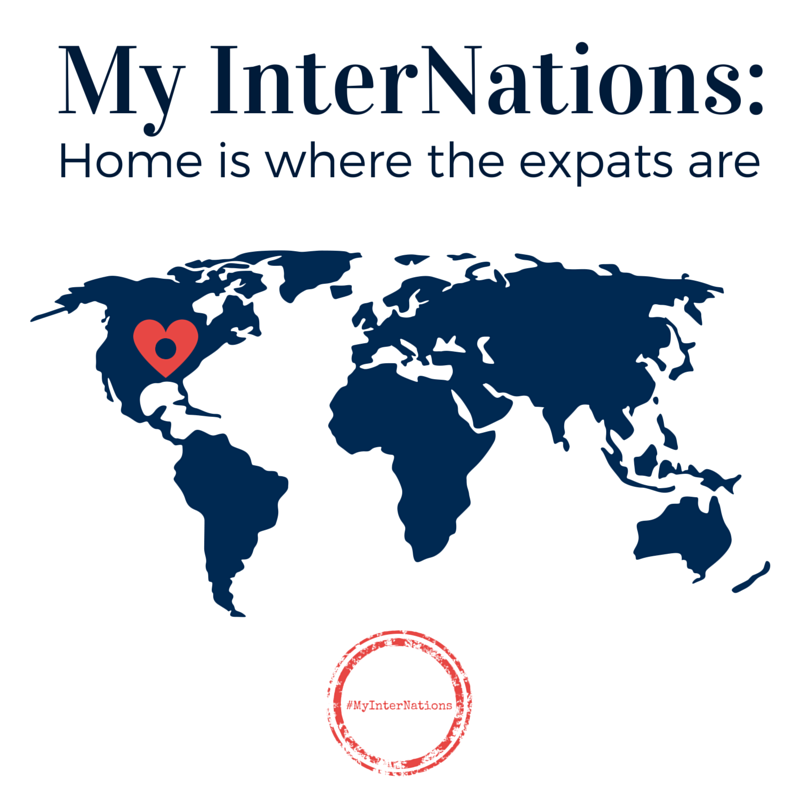 “My InterNations” highlights inspiring stories from expat life to showcase the connections between our global minds and their fellow wanderers. We’re kicking off this series with an interview with Jennifer, originally from Woodbridge (Virginia), and currently living in Austin (Texas).

She’s been an InterNations Ambassador since 2008 and a Consul in several Activity Groups. Maybe you’ve already met her: Jennifer is a “serial expatriate” who has lived in four countries over the last seven years, as well as a recent “repatriate” who just returned to the country of her birth.

“I never feel at ‘home’ unless the room is full of expats”, she says. After all, she thrived overseas by getting involved in local community life. She’s even franchised her own Activity Group in three countries!

A Vagabond at Heart

Jennifer’s personal journey took her to the Czech Republic, to Mexico and Spain, and back to the US. It transformed her from a person “enjoying the comforts of her own borders” into a self-described “eternal traveler and vagabond at heart”.

Her key moment was the opportunity to study abroad in Italy. Suddenly, “the world completely changed”, she says, and there was no turning back. As soon as possible, she seized the chance to move overseas again. 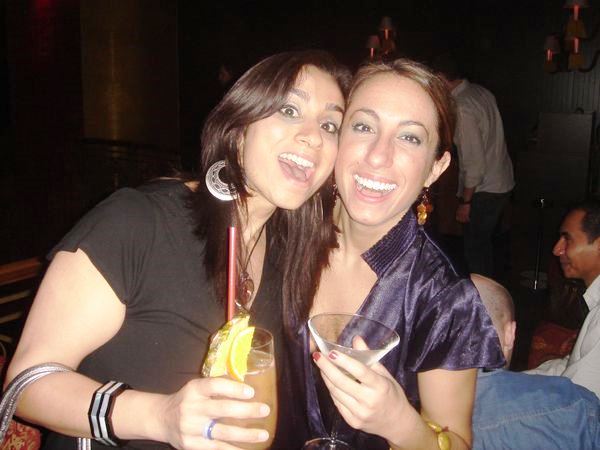 After three and a half years in Prague, she then switched jobs to join AirBnB. “Work with a travel company,” she finds, “helps to fuel the search for the new and borderless”. This nomadic lifestyle has led her to Europe and Latin America, to Portland, Chicago, Miami – and finally to Texas.

Though Jennifer is no longer an expat, she describes herself as a global mind. Living abroad has taught her “the flexibility to handle new challenges, countries, and cultures”. She’ll be glad to start “building some roots in Austin” with her husband José, an expatriate from Portugal – and yet:

She still enjoys indulging other people’s “eternal curiosity for the world”.

Taking the Reins as Ambassador

Back in 2008, Jennifer had been living in Prague for eight months when a former co-worker recommended InterNations. She joined – and soon “took the reins” as the InterNations Ambassador for the fledgling expat community. She “found solace and community in organizing events and connecting with others in the same position”.

Unsurprisingly, she isn’t just a serial expat, but also a “serial Ambassador”. She didn’t only develop the InterNations Community in Prague, but was part of the Ambassador team in several other cities: four very different destinations and expat communities. Her InterNations experience spans the Atlantic Ocean – from Eastern Europe to Mexico and the US.

At the “crossroads of Eastern and Western Europe”, Prague is “a great ‘starter’ city for expats”, she thinks, with a good mixture of international long-term residents and a huge turnover among temporary expats. 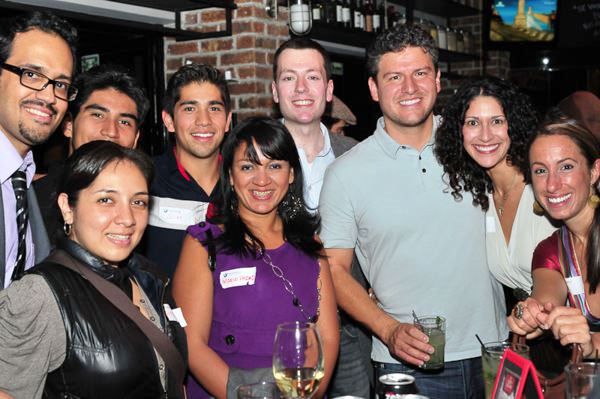 Coincidentally, it’s also here that InterNations changed her life: Jennifer met her husband via the Prague Community, first online and then at an event six years ago.

In Jennifer’s opinion, Mexico City, with its buzzing nightlife and active local residents, was the “largest and most diverse InterNations community” out of the four, whereas Cancún still had room for growth.

A smaller community often has very tight-knit expat circles, though, offering more chances to get to know people individually. That was a big part of what Jennifer enjoyed about Cancún, with its interesting “mix of older retirees and younger adventurers”.

A Growing, Youthful, and Eclectic City

Last but not least, Jennifer joined an established Ambassador team in her new home, Austin. Not quite among the ten most populous US cities, Austin isn’t the first place to come to mind when you think of expats in the States. But that impression easily changes once you take a closer look. 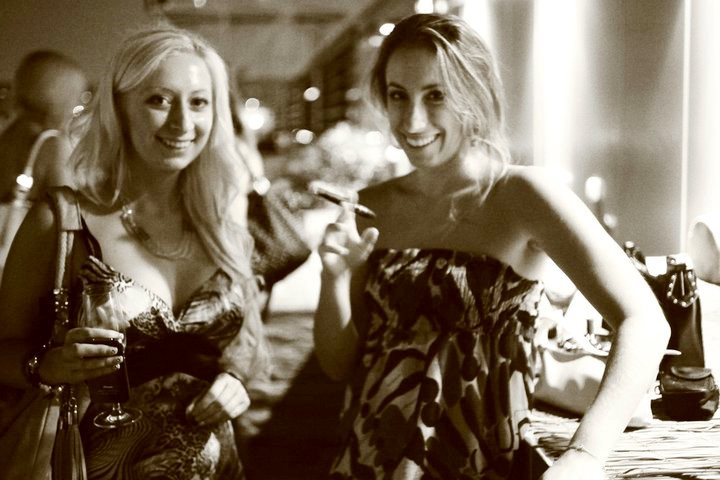 Jennifer is full of praise for Austin, “a growing, youthful, and eclectic city”. Within InterNations, it’s actually one of the smaller communities, with about 1,900 members. Still, it’s “one of the most diverse I have worked with”, she says, pointing out the “great representation of nationalities”. Her fellow Ambassadors, Lara and Rachita, for example, are from Italy and India, respectively.

Together, they’ll keep bringing our members in Austin together at monthly InterNations Events: They’re helping them to discover what Texas’ most dynamic and eccentric city has to offer, and they are giving InterNations their personal touch.

In addition to her role as one of the Austin Ambassadors, Jennifer greatly enjoys running a couple of Activity Groups. Ladies’ Night Out, a group for expat women, will hopefully support them to “forge meaningful female friendships” – something that was very important to her when she was living far away from home. 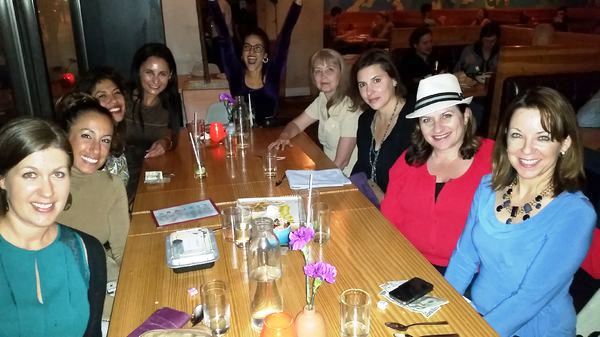 Together with her husband, she also organizes Austin Kitchen Crashers, a group for dinner events they’ve “franchised” to their third community. They used to run similar groups in Prague and Mexico City and adapted the concept whenever they moved. In a way, they carried “their” InterNations with them: Wherever they are, they have the chance to meet many other “foodies” at selected restaurants or even in their own kitchen.

Events and activities like the Thanksgiving dinner for orphans without any plans for the major US holiday are born out of Jennifer’s “love for seeing strangers become good friends”. Or sometimes more: she’s been a matchmaker for at least six international couples, she reckons.

If you ever come to Austin, look up our InterNations Community and be our guest. Or be inspired by Jennifer’s story and the stories yet to come:

Create your own InterNations.

If you would like to share something you love about your InterNations Community, send us (@InterNationsorg) a tweet using #MyInterNations! We will be happy to retweet.