When I described saying good-bye to Catharina, our long-term Local Ambassador in Madrid, a few months ago, I promised to be back with exciting news concerning our InterNations Community in the Spanish capital. This time, my visit to Madrid was again a very special one.

In March, after Catharina stepped down as InterNations Ambassador to move back to Germany, we found our very first Community Manager to support our expat members on location. After a thorough recruiting process (we received more than 300 applications!), we finally welcomed Christoph to this new position.

Christoph was born in Mainz, a historical German city in the Rhine-Main area, famous for its carnival celebrations. After finishing secondary school, he moved to nearby Wiesbaden to do his one-year community service in a home for people with disabilities – an experience that left a lasting impression. He spent some time in Wiesbaden, but became increasingly sick and tired of everyday life in Germany. 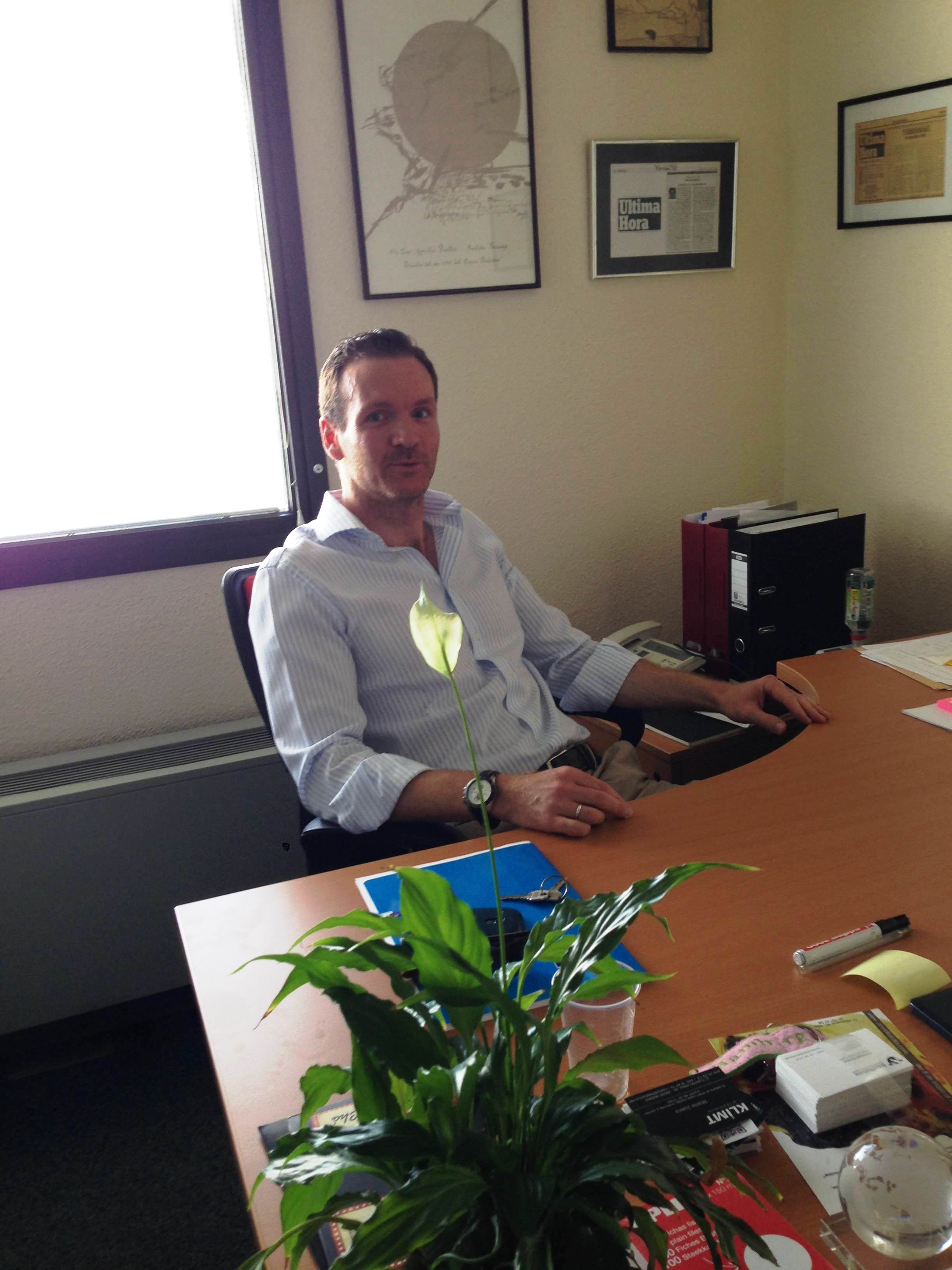 In search of adventure he escaped literally to the ends of the earth: He packed his bags and went to New Zealand for six months, long before the Internet and staying in touch across the globe became a thing. He enjoyed meeting the relaxed and friendly “Kiwis”, as well as exploring New Zealand’s amazing scenery.

“Down under”, he figured out what he wanted to do in the long run: Returning to Germany, Christoph graduated in Cultural Studies and Management from the University of Leipzig. There, he started his career as an intern at the Leipzig Opera House – and eventually became the Executive Director of Leipzig Ballet.

Since Christoph married a Spanish expat woman, the couple decided to leave Germany for Madrid in 2005. Once arrived, Christoph was very busy behind the scenes: First, he worked as the Executive Producer of big musicals like Chicago or The Lion King, then as the Executive Director of the Spanish National Ballet.

In 2013, however, he took off a year from work to spend more time with his family, after so many years in 24/7 jobs, exciting though they were. Fortunately for us, Christoph was looking for a new challenge when we were looking for our first Community Manager!

The reasons for introducing this position mostly come down to this: We’d like to offer our InterNations Ambassadors and Group Consuls more direct, hands-on support, thus creating an even more vibrant local life for our Madrid Community. 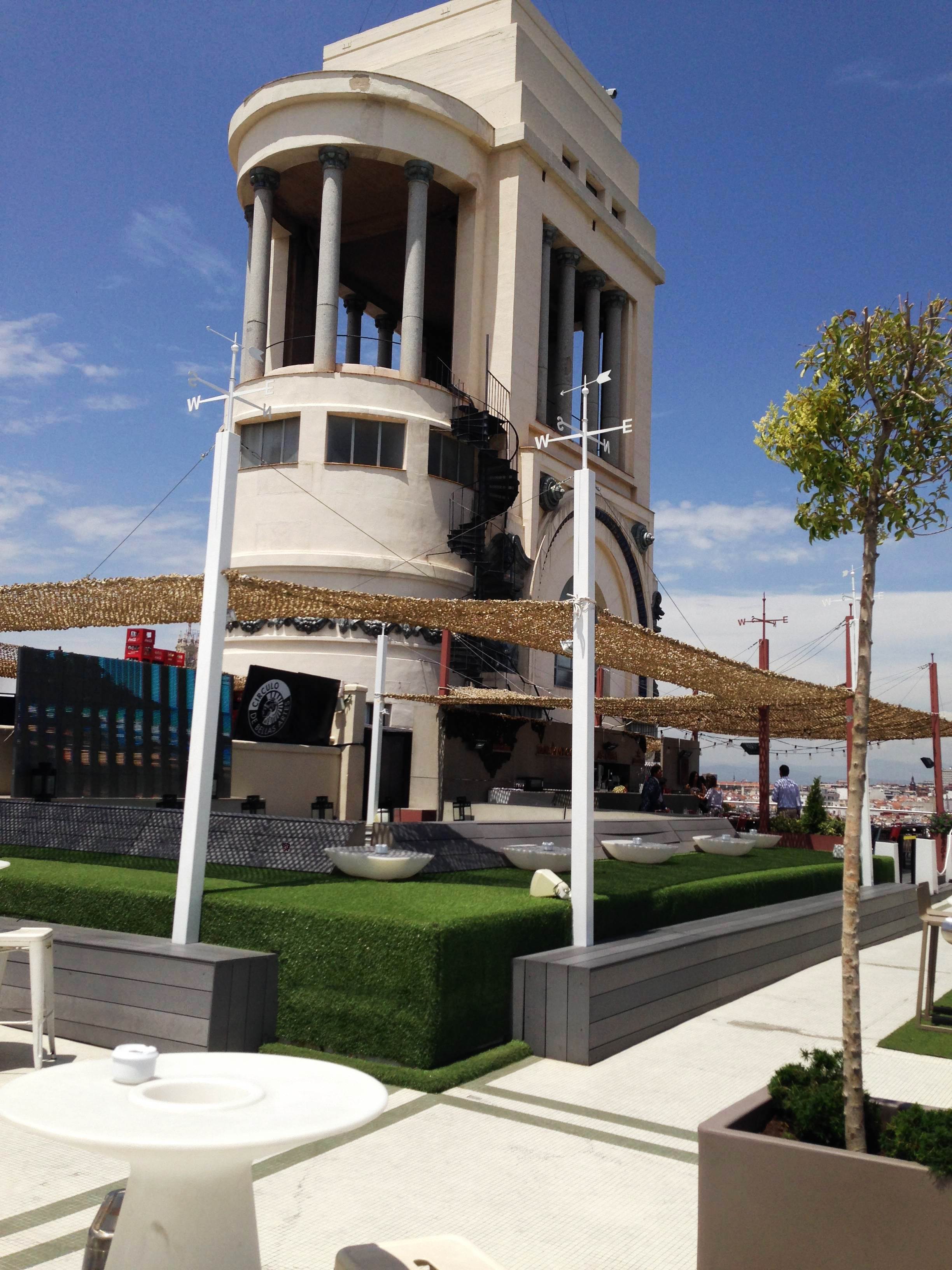 Christoph’s responsibilities include selecting and supporting the Ambassadors and Consuls, organizing all official InterNations Events, and coordinating the InterNations Activities in our highly dynamic group section.

With more than 21,000 members, Madrid has now established itself as one of our Top 10 InterNations Communities worldwide. Every week, another large InterNations Event takes place in one of the city’s top locations.

It is now Christoph’s task to organize these huge gatherings, with over 300 attendees each, and to ensure that our expat crowd in Madrid can attend various great event venues. Recently, they’ve explored several locations with rooftop terraces to make the most of Madrid’s mellow summer nights.

In addition to our Madrid Events, there are around 60 InterNations Activity Groups in town, which organize at least one activity per month. Our Albatross Members in Madrid can, on average, choose among two different activities each day! 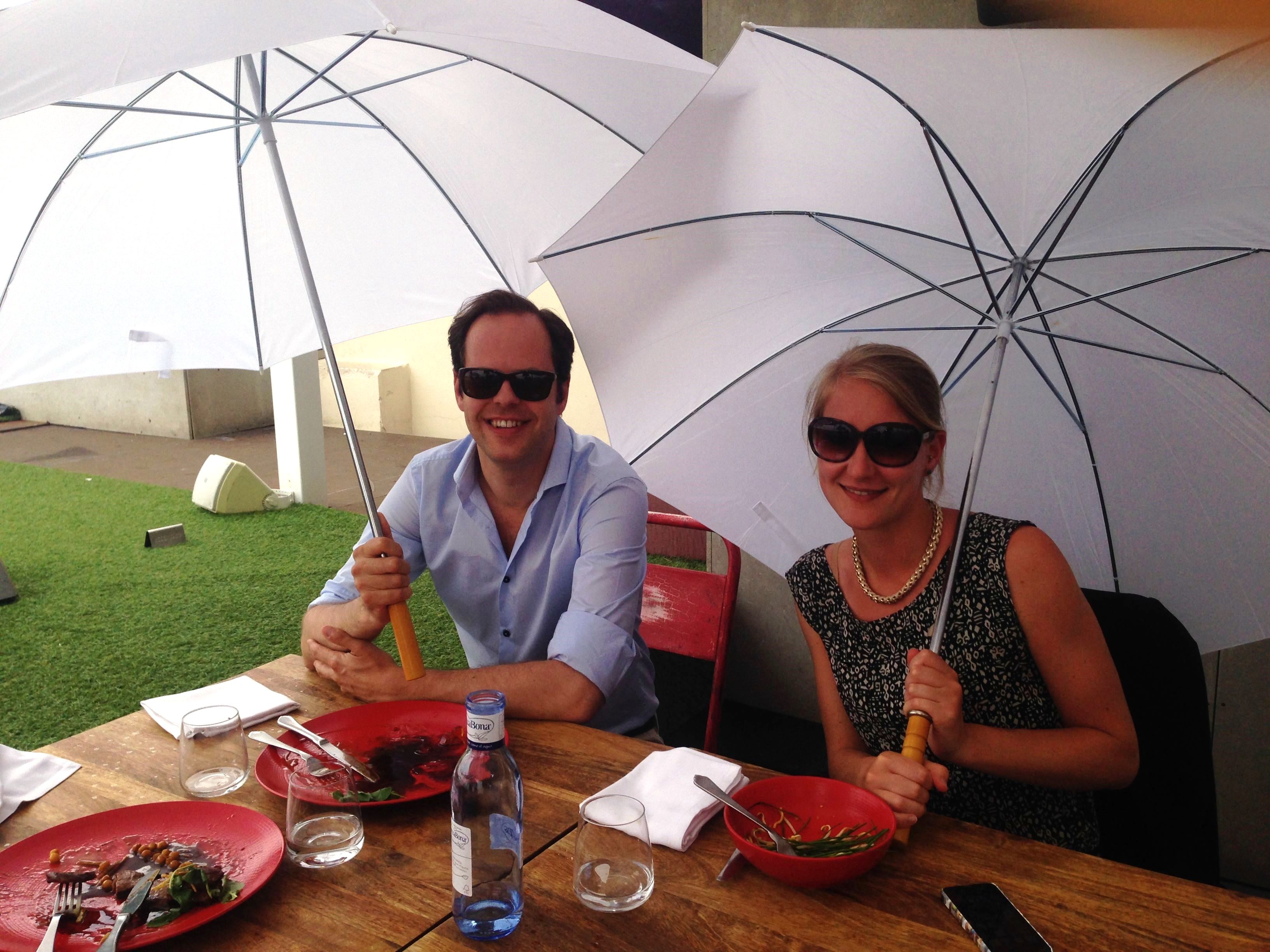 Theresa (our Head of Community Management) and I met up with Christoph on the rooftop terrace of the Círculo de bellas artes for a business lunch. We wanted to talk to the venue’s manager about organizing an InterNations Event there, and we needed to discuss the Group Consul kick-off meeting scheduled for later that night.

The views of the cityscape were amazing, and a few light showers of rain couldn’t scare off the patrons. Everyone just held up an umbrella while continuing to eat and talk and relax outside.

Kick Off! The First Group Consul Meeting in Madrid

At 19:30, the Consul kick-off session (the first of three) started at Macadamia. The informal tapas bar with its relaxed ambience was perfect for a presentation and casual networking among global minds.

What was the idea behind this meeting? It was quite simple, really: Get all Madrid Ambassadors and Group Consuls together to introduce them to Christoph, as well as each other. 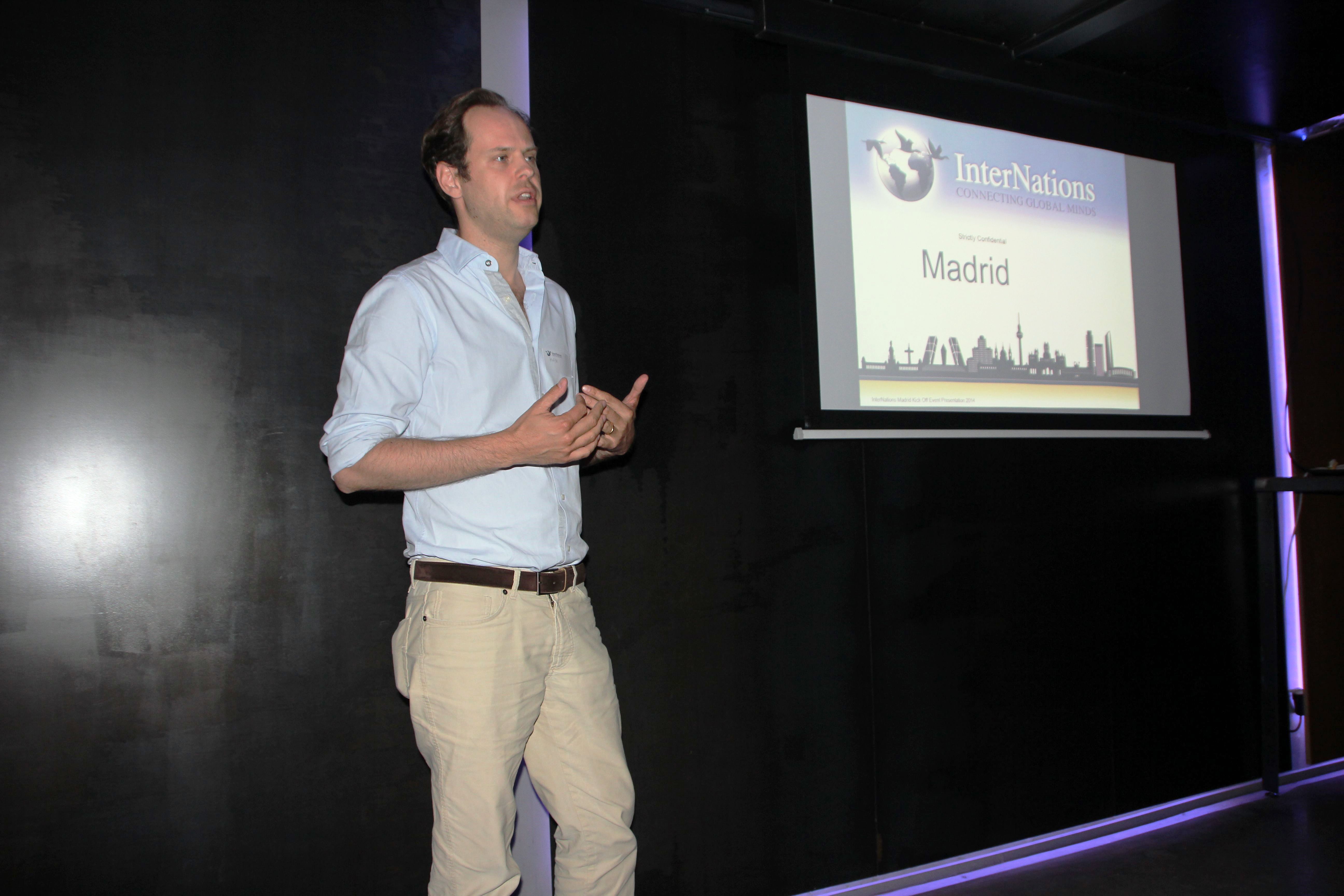 We could explain our global mission and vision, and they had the chance to tell us what drives our Group Consuls, what they like about InterNations, and what’s bothering them. Over Spanish fingerfood and delicious drinks, everyone could share their personal story about why they’d decided first to join InterNations and then to become a Group Consul.

The 20 Group Consuls in attendance all agreed that they’d started or taken over an Activity Group because they just like sharing their hobbies with other international people. They are all socially active people who believe in the idea of InterNations – to bring members from various cultures together.

As happens so often when I get to meet our members, I was hugely impressed by the diversity of interests, backgrounds, and personalities.

For example, there was Asel from Kyrgyztan, who runs the “Follow the Silk Road” group, aiming to bring the culture of various Central Asian countries a little closer to Madrid. One member, Jorge, organizes an impressive five groups in total: He’s the Consul of both the popular “Madrid Singles” Group and a variety of Activity Groups for sports enthusiasts. 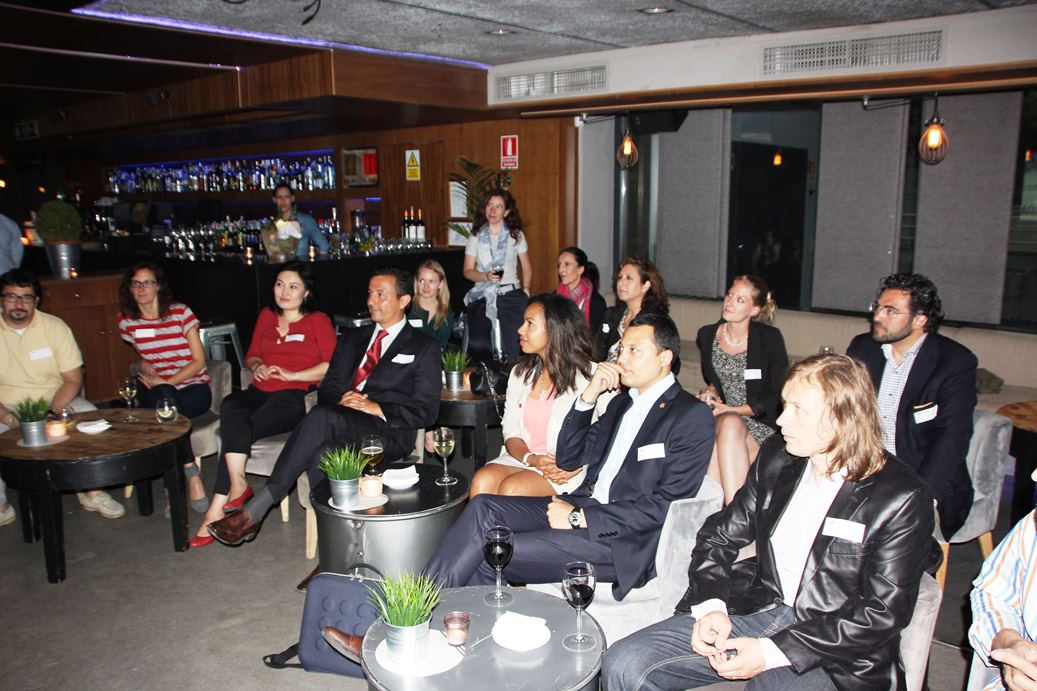 Anna from Moscow is one of the Consuls for our Volunteer Program Group, which cooperates closely with Soñar Despierto, an NPO supporting underprivileged children and their families. Two of our three Madrid Ambassadors also joined us: Joy, the polyglot in charge of “Language Exchange”, and Roberto, one of the global minds behind the “Global Nomads”.

These are but a few of the people I met that night: There are Activity Groups for dogwalkers, for salsa dancers, for expat women, for hobby photographers, and many more.

The Future of InterNations Community Life

The Group Consuls had something else in common: Once Christoph finished his presentation, they all had tons of questions to ask and lots of experience to share. The brainstorming effect of that initial session worked out really well. 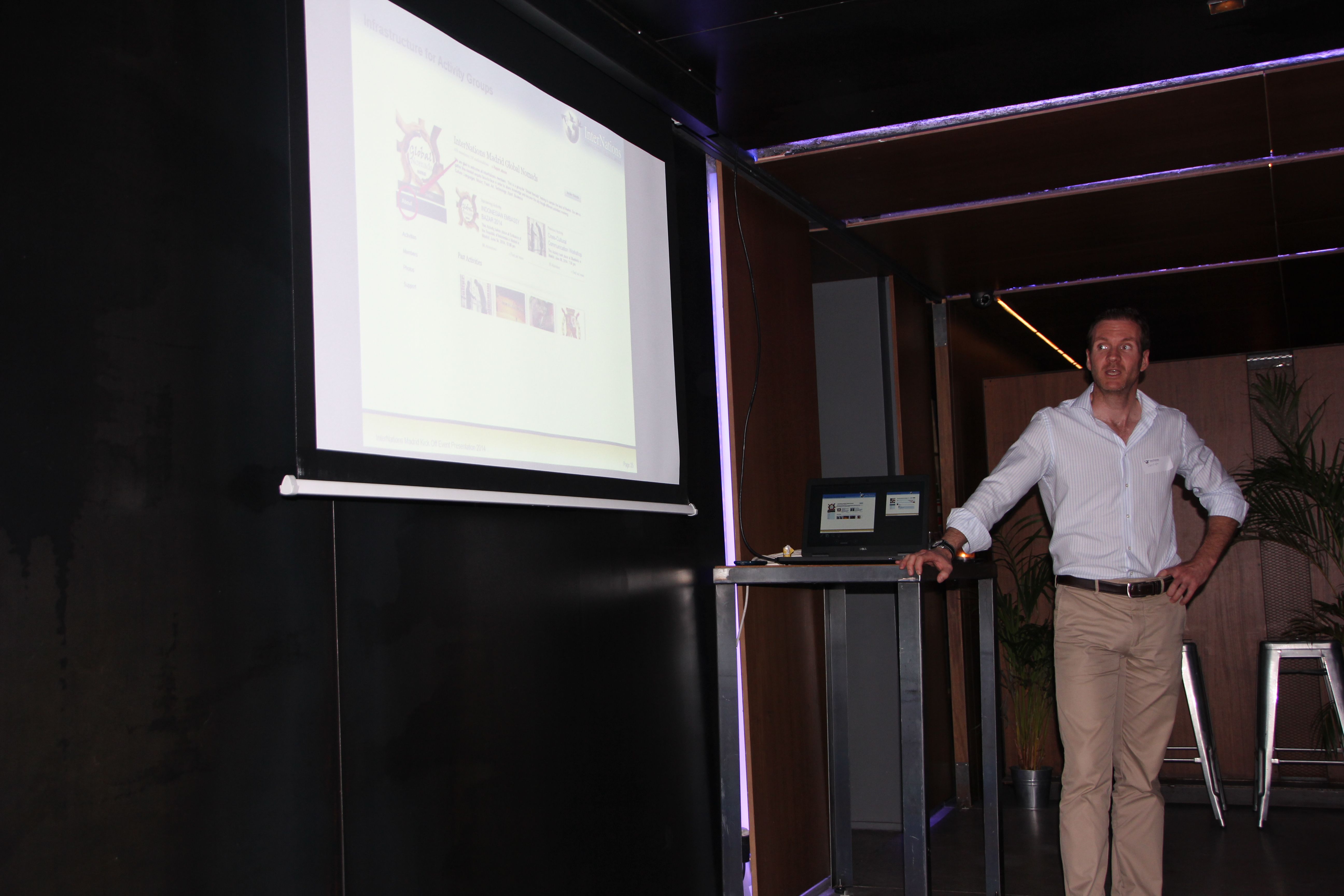 Oftentimes, they were able to answer their fellow consuls’ questions and give one another tips. They invited one another to their upcoming InterNations Activities, and plenty of contact details were exchanged.

However, one common concern arose that evening: Most Group Consuls are rather bothered by the tendency among certain members to sign up for various InterNations Activities, but never show up. As soon as money is involved (e.g. for concert tickets, restaurant bookings, etc.), this becomes a major problem.

As a next step for finding best-practice solutions to such issues and just having a good time together, Christoph suggested a monthly “Stammtisch” for Group Consuls: an informal meet-up to discuss their experience and catch up with one another. 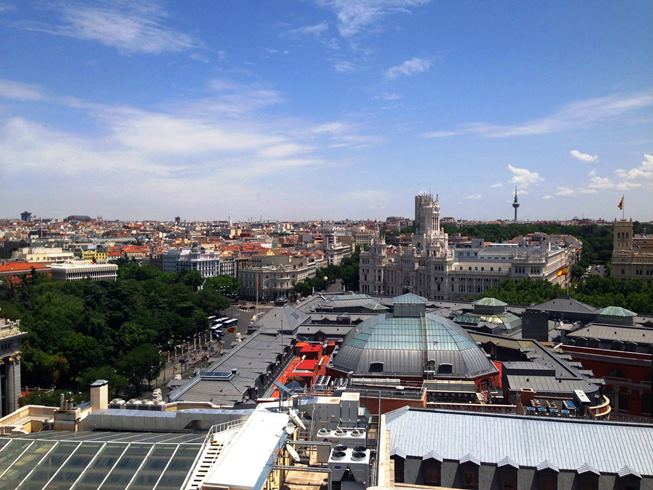 The following morning, during our team breakfast at the Hotel de las Letras, the three of us were really thrilled about the positive community spirit that characterized our first meeting with the Madrid Group Consuls.

By now, we’ve found a Community Manager for Munich to further test this model, and we are currently thinking about adding a third city. Who knows? Maybe there’ll be community managers and InterNations offices in all our top communities one day…